Labor of love—improving education one building at a time

Taking a deep breath, yet armed with a steely resolve, Cyndi Smith pushes the City Council Chamber doors wide open. The latest Baltimore School District project is on the table—and as the director of facilities design and construction, she has come to stand her ground, plead her case, or both.

Inner Harbor. Fells Point. Midtown. Downtown. Some sections are nice—some less so—in the city of 700,000 where 24 percent live in poverty and with a crime rate of 56 homicides per 100,000 residents in 2018. Regardless of their zip code, Smith knows each child in town is entitled to an education in a safe, clean, well-maintained environment.

So, where to start? And how big is big?

Smith’s capital construction program does about $40 million worth of work every year for the district that has 80,000 students. These projects, 15 to 40 of them annually, are primarily system replacements, however new buildings and renovations are also included in the capital program; and then there is maintenance that includes everything from fixing fire alarm systems to windows. 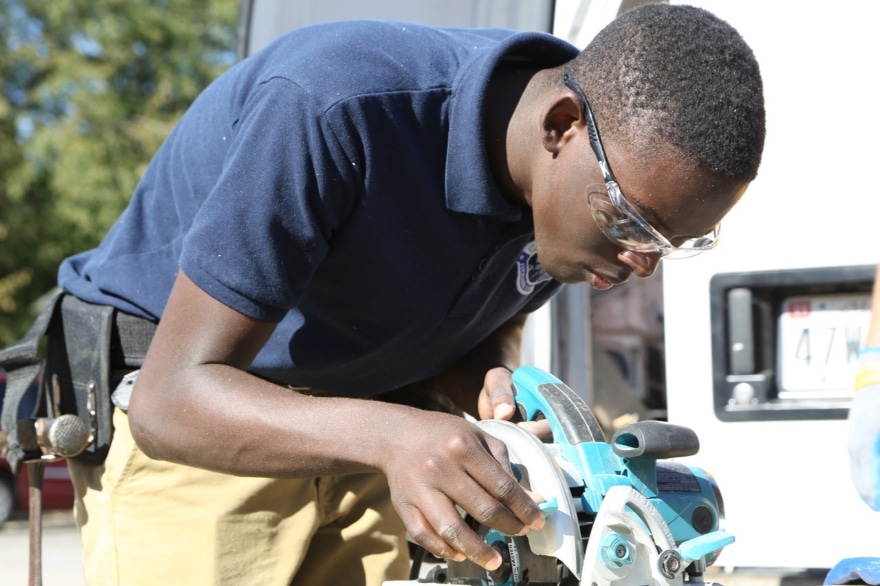 Separate from her program is Baltimore’s 21st Century Program, with 23-28 schools to be replaced or fully renovated. Smith is part of the team on those projects, but is not responsible for them. Instead, she and her team review submissions, oversee the educational planning team, provide technical expertise for the building systems and more.

“Of course there are some rough days, but all I have to do is think about the students who eat at food pantries and live out of a backpack on a daily basis,” Smith says. “We have the opportunity here to make a huge impact on each student’s learning experience by creating a positive environment.”

Take a ticket, stand in line

When you are the top building administrator spending public dollars, there’s really nowhere to run and hide when the questions and confrontations come pouring in.

“The expectation is that you are going to stretch every dollar,” she says.

Forewarned is forearmed and prioritizing a ‘to do’ list was both a choice and a necessity when she came on board three years ago. Smith had her own work list, separate from the 21st Century School Buildings Plan drafted in 2010.

There is no getting around the backlog of work, however. A roof, for example, might last 30 to 40 years. But then multiply the scope of the need by the number of roofs throughout the district and you start to see the problem. Obviously all are not going to get replaced in the same year, so often Smith has to make adjustments based on priority and need.

Perhaps the crown jewels of Baltimore’s school building projects are the two Net Zero Energy replacement buildings developed out of initiatives with Constellation Energy, the parent company of Baltimore Gas and Electric. 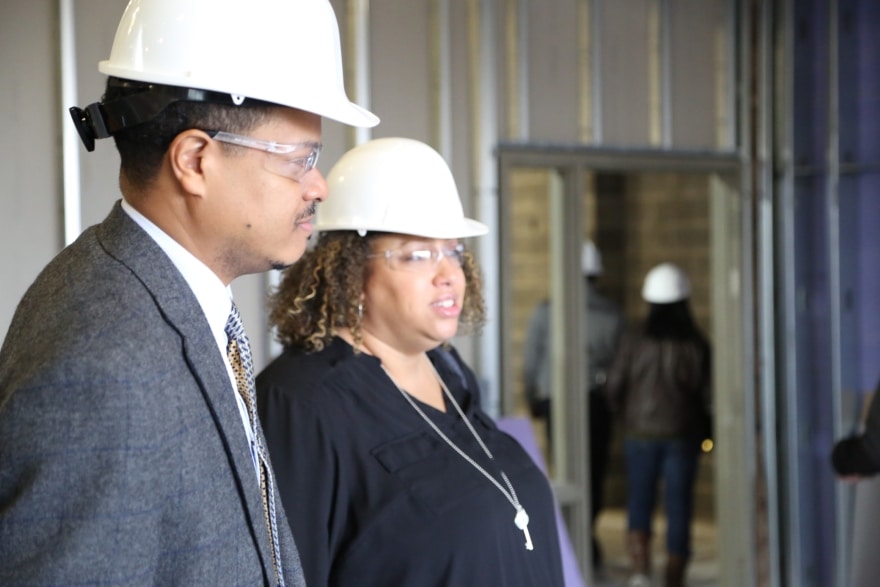 Three projects were awarded in Maryland and Baltimore got two, each with a $2 million grant. While still in construction, the first was Graceland Park/O’Donnell Heights Elementary/Middle School. The second is Holabird Academy Elementary/Middle School, another pre-K through eighth grade school. Each building encompasses 94,000 square feet.

Remarkably, all of the energy used by each building is generated onsite via geothermal and solar energy. A key element has been making significant energy use reduction choices in the buildings, including using the most efficient building systems possible, minimizing the building energy envelope losses and using features such as automatic shutoffs for lights and technology equipment.

Working side by side

Seamus Corcoran, a senior account executive with Milwaukee-based Johnson Controls, says his firm was sensitive to Baltimore’s need to work with existing infrastructure and recognized that the public school system had budgetary constraints.

Since winter weather often wreaked havoc on heating systems across the district with lots of pipe breaks, Corcoran says one solution that helped Baltimore was the Metasys Building Automation System, offering a foundation of modern building energy management. Through wireless technology, the system connects commercial HVAC, lighting, security and protection systems, enabling it to communicate on a single platform to deliver information and prioritize needs. An IT team helped integrate several systems onto one operational platform.

“It gets tough dealing with aged equipment and infrastructure, but you have to make it work,” Corcoran says. “It’s important to keep the doors open so kids stay in school.”

A sense of purpose

Thinking back, Smith says it all started off innocently enough.

A structural engineer by training, she was working as a project manager for a private firm when the quality of her work and problem-solving capabilities got her noticed and she was assigned to work for the Baltimore City School system as a consultant. 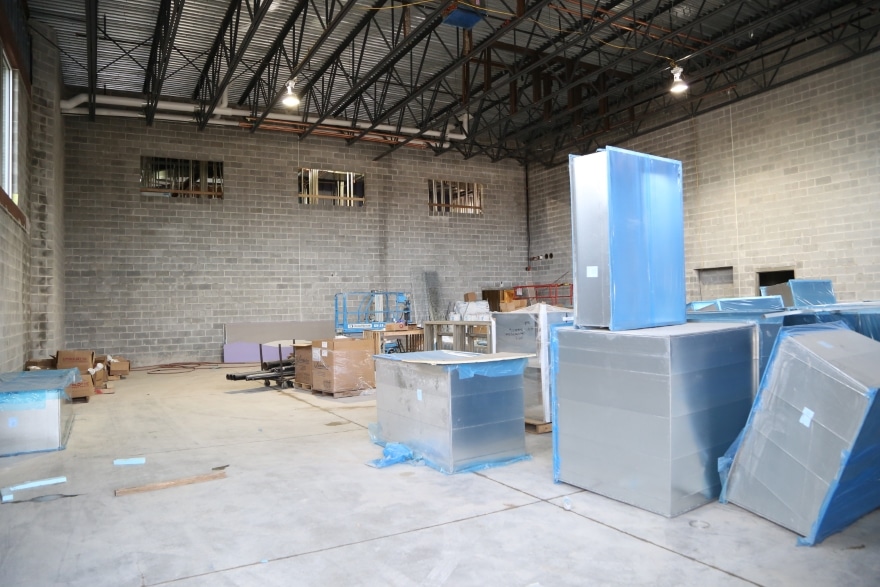 Soon enough, she found herself in the middle of a job change. Educationally she was equipped for the challenge, starting out with an MS in technical management from Johns Hopkins University and a double BS in architectural and civil engineering from Drexel University, but then she quickly added a master’s certificate in educational facilities planning from San Diego State University. Added to that she is a Licensed Professional Engineer (PE), an Accredited Learning Environments Planner (ALEP) and a Project management Professional (PMP).

“You are taking on more work than people think and there has to be a level of altruism to do it well,” Smith says. “I went into this with my eyes wide open and didn’t look back.”

No shrinking violet in the male-dominated world of construction, Smith is part engineer, part politician and part peacekeeper who balances talking shop while lobbying for projects.

“There are a lot of contractors who initially didn’t think I was competent, but I am smart about the choices I made and can back anything up. Through that, I have earned their respect … I am also not afraid to say ‘I don’t know’ because I know I am capable of finding an answer,” she said.

Does she think back on what some would consider a cushier type job in the private sector? Nope. Her place is here and now and she takes considerable pride in walking her 11-year-old daughter through the buildings in the inner-city schools to show her a building she’s helped renovate.

“Not everyone is cut out for it. You have thick skin and a lot of patience—which I didn’t think I had till I came here. The bureaucracy levels in government are not a joke. It takes a lot of going back to the same thing over and over again without it breaking you. In the end you have to remember why you are doing what you are doing, and that I’m leading the way to do the right thing.” 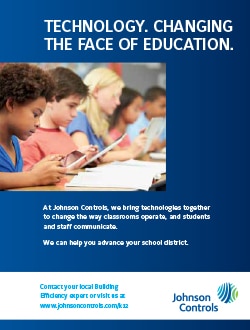 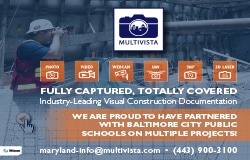