In a class of his own

Quite the dovetail between the company’s mission and that of its director of real estate and facilities.

“From the CEO on down, we live by the motto ‘Making classrooms better places for teachers and students,’” the affable and enterprising Jim Finco tells Blueprint in January. “So I guess my motto would be ‘Making the workspace here better for the employees.’”

In both cases, it’s all about bringing out the best in people.

Curriculum Associates strives to provide the most up-to-date learning materials in the rapidly evolving field of education. Meanwhile Finco strives to keep the facilities humming at company headquarters in Billerica, Massachusetts, and at its six coast-to-coast satellites. 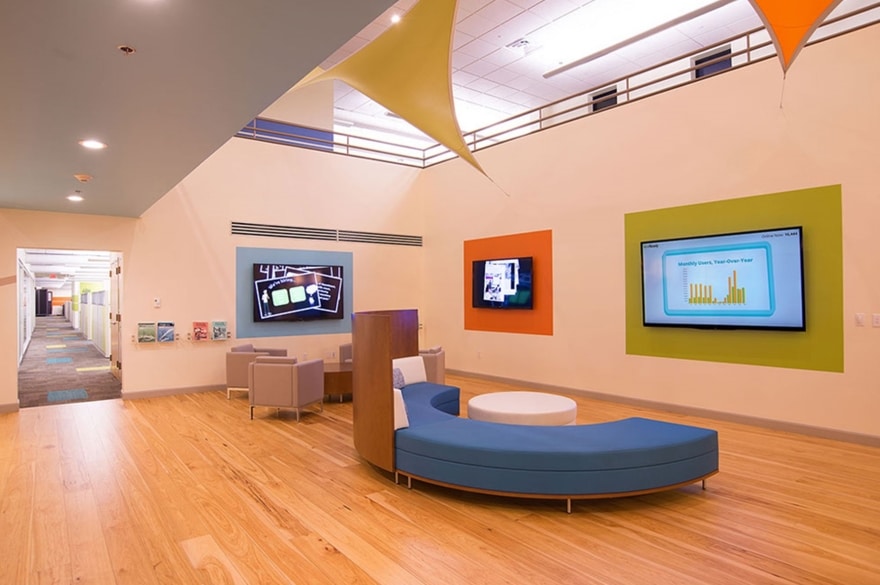 And there’s been scarce time for a breather for Curriculum Associates or for Finco. The company has been growing at a rapid pace for the past five years, with revenue up nearly 1,000 percent in the last decade and over 6 million active users on i-Ready, its flagship digital instructional and assessment offering. Its Rangeway Road headquarters practically bursting at the seams, by spring many of its operations will have been moved to an additional 34,000 square feet of leased space in a building a few miles away on the other side of town.

Hence a hectic pace for the man charged with assembling and maintaining the new digs.

“Our company’s been growing so fast that it’s practically insane,” says Finco, adding that CEO Rob Waldron saw the need for more space but didn’t want to impact anybody’s commute by going far. Not with traffic tending to be bumper-to-bumper twice a day in the Merrimack Valley communities between Boston and Lowell.

So Waldron entrusted Finco with the search for a new facility, and Finco found one in a vacated office park. Billerica intent on holding onto a good corporate citizen, the permitting process went smoothly, and starting in December Finco commenced with the fit-out process that’s expected to be consummated within 90 busy days. 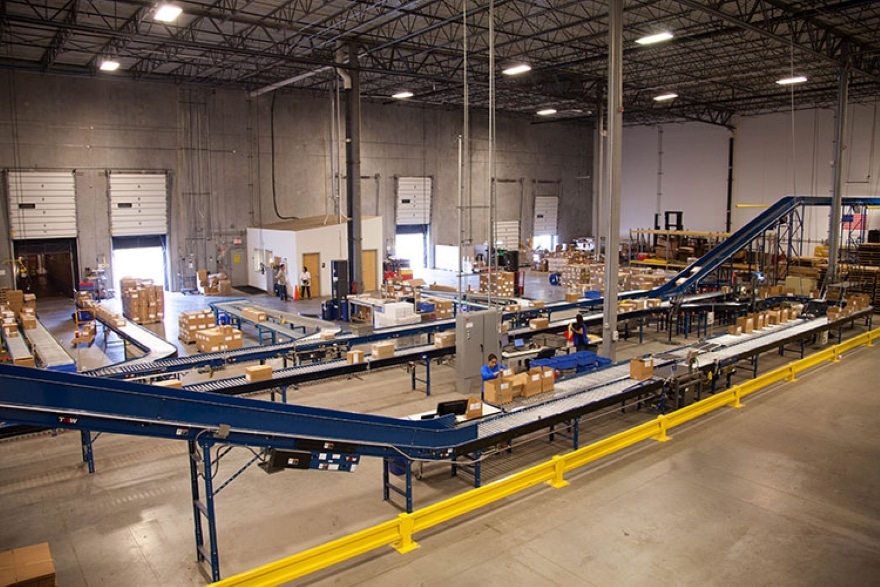 It’s a mix of the routine and the complex that comprises the lengthy to-do list. There’s working with subcontractors, negotiating leases and contracts, and budgeting. There’s the choosing of furniture while an interior designer is tasked with keeping with the same style of other company facilities.

“When you walk into one of our offices anywhere, you still feel you’re at Curriculum Associates,” says Finco, who spends about eight weeks a year on the road inspecting and tweaking the other installations in the nearby town of Littleton and in Brooklyn, New York; Tucson, Arizona; Iowa City, Iowa; Chicago and San Francisco. “You won’t find much difference in the color patterns on the walls or the carpeting or the office layout. We’ve created a standard that works, and want to keep it consistent everywhere.”

As far as the new office environs go, Finco says there will be a mix of collaborative and private space for around 150 workers, some of whom may be new hires brought up to speed in several large training rooms. There will also be extensive space for educators to engage in the company’s online educational software training.

Curriculum Associates noted for being a people-oriented business, Finco wants the facilities as personable as practically possible with ample breakaway space, low walls for the cubicles and glass fronts to every office. But with many employees engaged in such detail-intense work as writing, proofing, and writing code for online content, the need for personal space, assigned desks and quietude has and will remain a necessity.

“Every employee is my customer,” Finco says. “It’s my job to see they’re satisfied and can do what they have to do without hindrance. I call them my stakeholders.”

And among their wants: Sustainability initiatives ranging from the reduction of single-use plastics  to energy-efficient lighting to equipping the parking lot with charging stations for electric  cars.

Finco’s performance has garnered the company’s stamp of approval since he came aboard in 2015, at the latter end of a renovation plan that had been ongoing for several years. Though Curriculum Associates had a facilities manager, it was impressed with Finco’s more extensive background in construction and project management. 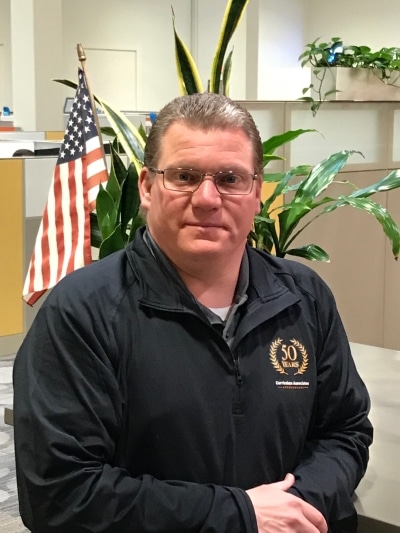 For Finco had held a series of such positions, primarily in Massachusetts, most recently at Sonos Inc. in Cambridge. He also enhanced his 1992 HVAC certificate from Associated Technical Institute with credentials in radiation and laser safety and, finally, a business degree from Eastern Nazarene College in 2005.

As to how Finco got into this profession, he’ll tell you that happenstance as well as self-interest figured in this equation. Seems that when he was operating a warehouse during the 1990s in Wilmington, Massachusetts, the boss relocated him to a facility that Finco deemed not built for efficiency.

“I went to the new building and noticed things—the drywall wasn’t hung, the wiring wasn’t terminated, other things were out of place. Being a homeowner and handy, I approached the owner and asked, ‘anyone managing this?’ He said, ‘you want to run it?’ I said ‘yes’ and 25 years later that’s how it’s progressed.”

Years later Curriculum Associates identified Finco as the best fit for the future of its facilities, the company moving what had been primarily print operations into the digital era.

Might be done more efficiently in an improved environment, Finco thought as he walked through a space on the verge of a major transformation. The old space, poorly lighted and with high cubicle walls and an overall staid look, needed to be brightened, improved, updated, and brought into a new era more fitting to an ed-tech company.

Neither were the shortcomings all aesthetic; Finco would oversee the implementation of a new septic system and decommissioning of an old and undersized waste water treatment system, necessary since the company was surrounded by wetlands and not connected to the local sewerage. His first two years on the job would also see the addition of 150 parking spaces, new roof and HVAC, new restrooms, interior and exterior LED lighting, and the addition of a fitness center and café. Continued growth and increased headcount also made necessary a 7,000-square-foot annex of modular units with the goal of not just more seats but the feel of a continuation with the main building.

“My greatest achievements,” Finco deems the aforementioned. Though by the time the 34,000-square-foot new office is humming—which should be shortly—he may have reason to revise that statement. 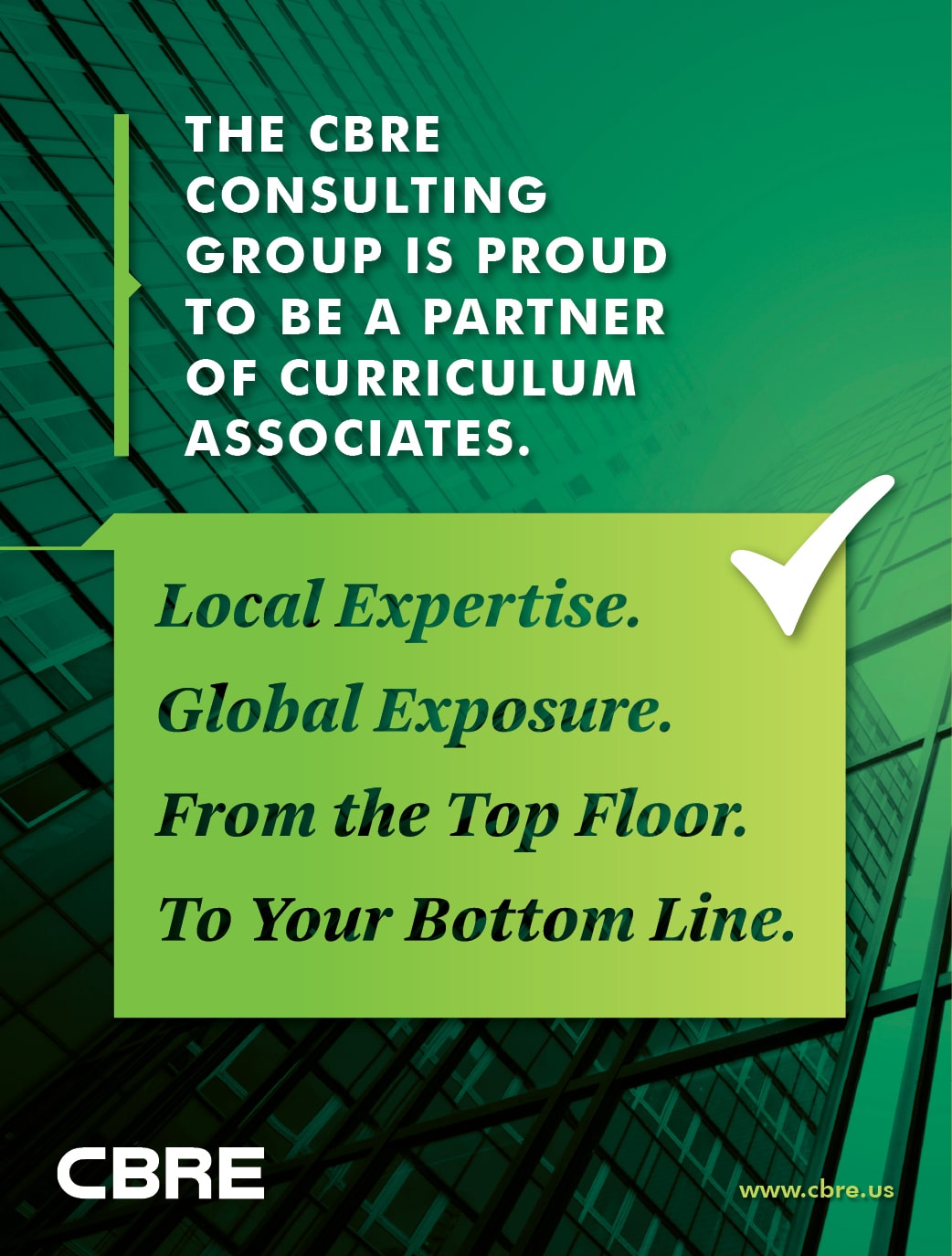 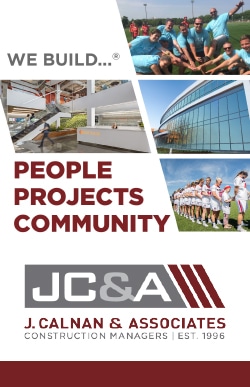 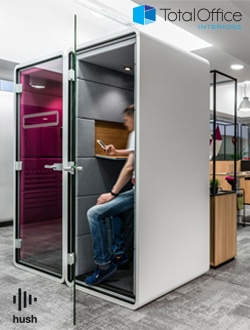 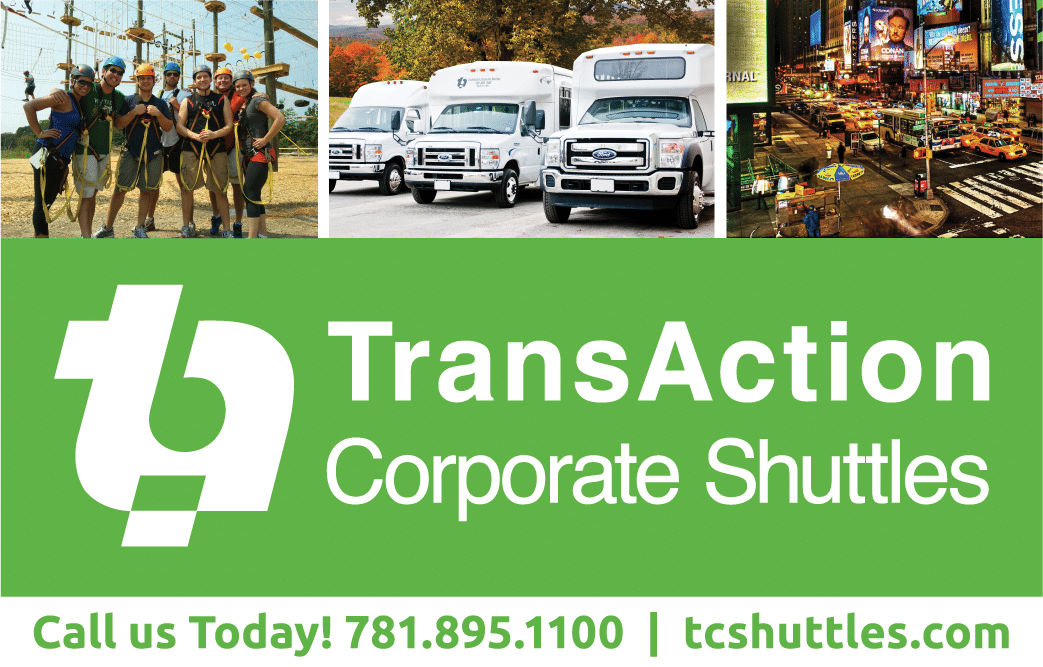