Changing lives through education in the Southwest

The goal of Vertex Education is to “change lives through education ”—and Director of Facilities and Construction Craig Dunlop is working hard to ensure the organization’s schools and its students are equipped for that vision.

To that end, Dunlop is building and maintaining facilities as part of a two-pronged endeavor. It involves improving cleanliness and maintenance for more than 25 schools, while also handling new construction projects for the Arizona-based charter school network with 25,000 students in grades K-8. 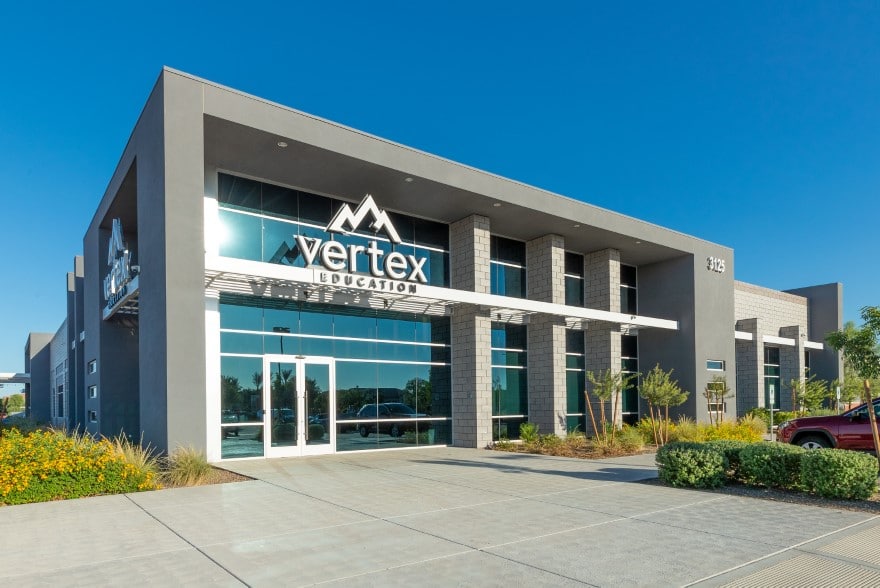 The organization’s aim is to double the number of campuses in the next five years, Dunlop says. Already, just about a year into his new role, Dunlop’s team had built three new schools in Arizona, with two more facilities soon to follow in Arizona and Texas.

“I love affecting change that will contribute not only to the facilities, but more importantly to the students themselves,” Dunlop says. “It’s rewarding work.”

When Dunlop arrived in November 2020, he took two months to assess Vertex’s facilities program. Then, he created a system for rating cleanliness and maintenance. He also came up with replacement standards and established a budget process for identifying, planning and undertaking maintenance.

As Dunlop explains, facilities can start to show their age after about 10 years. Having an annual plan helps him and his team prioritize maintenance and construction, whether it’s fixing a leaky roof or building a new instructional space for special needs students.

“It allows us to have a systematic approach for planning capital expenditures,” Dunlop says. “Budgeting is a big focus here, which was why we needed to define and refine our processes.”

As his first maintenance season got underway back in in January, Dunlop focused on work in four areas: parking lots, gymnasium floors, air conditioning systems and kitchen areas. 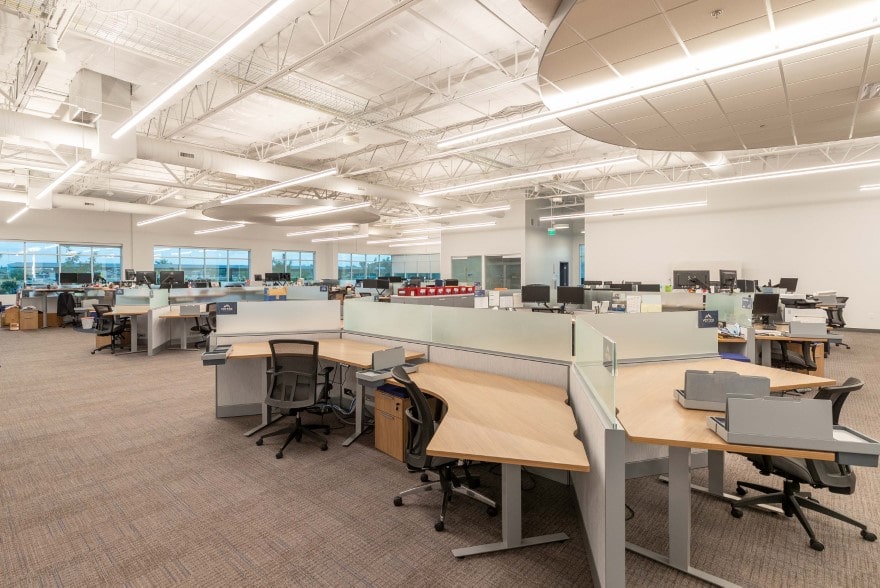 In some schools, wooden gymnasium floors were beginning to separate and needed to be refinished. Meanwhile, in the kitchens, the exhaust hoods over the stoves required deep cleaning primarily to prevent kitchen fires. Freezers weren’t staying as cold enough, either, which posed a threat to food quality and the ability to meet state health regulatory requirements, he says.

Dunlop has also reviewed maintenance contracts. The goal, he says, is to have a technician regularly check equipment, like air conditioners. Money invested in maintenance prolongs the life of a unit and, in turn, the use of a building, he says, adding that “without scheduled service, you are asking for trouble.”

To help evaluate the condition of the schools and equipment, Dunlop drafted a quality-standards system with ratings from one to three. For example, a scratch on a wall that can’t be seen from a distance might be get a lower ranking and be put off, while a leaking ceiling would be repaired quickly.

“We don’t want students to be distracted by items like blinking lights,” Dunlop says. “The safety and comfort of students comes first. By working toward a standard, it helps us gauge productivity, enhance efficiencies and cut costs.”

Maintaining Vertex’s client facilities is one thing. But with burgeoning enrolments, he says building new schools is also a priority.

“Since 2007, it’s been our vision to provide high-quality education in communities where parents are hard-pressed to find it,” Dunlop says. “We have to build to keep pace with the demand we are seeing.”

This past spring, Vertex finished three new 43,000-square-foot schools in Deer Valley, Mesa and East Tucson, Arizona—each built to accommodate 600 students. Construction occurred simultaneously on all three schools between January and June. The campuses were conveniently placed within local subdivisions to increase access for families, so that children could easily walk to school.

The two-story schools have an exterior brick base with stucco walls and pillars at the front entrance. Once students walk inside, they come into an open area. The interior design incorporates traditional American influences—such as red, white and blue decor with American flags. It also features high ceilings, Tuscany-style columns and abundant natural lighting. 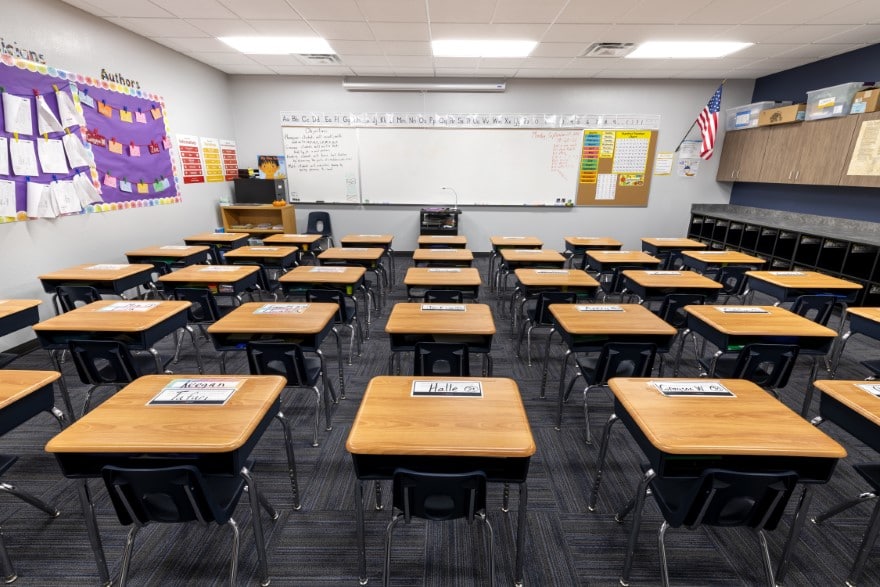 Up next are two larger projects: one in Texas and one in Arizona. Both will be 83,000-square-foot buildings that will provide tuition-free education for students in grades K-8. The sites were approved in August and are anticipated to open in Fall 2022.

Dunlop says Vertex goes to great lengths to make schools that fit the surrounding area, considering everything from traffic flow to the uniformity classrooms, so each student gets the same opportunities.

“We are building on a modified plan that allows for a bigger cafeteria and more music and science rooms,” Dunlop says. “We try to improve each version every time.”

The challenge during COVID-19, Dunlop says, was getting building materials, such as aluminum and steel, that are used on everything from door handles to support beams. Dunlop and his team adapted by using more timber products structurally, which were more accessible and delivered on time and at a lower price.

“You make do with what you can get, and sometimes it turns out to be the better option,” Dunlop says.

From the land down under

Adapting to different environments—whether he’s travelling between schools in the Southwest or working in a different country—has always come naturally for Dunlop.

Growing up in Brisbane, Australia, Dunlop developed an early love of carpentry and construction. Eager to pursue his interest, he earned an associate diploma in civil engineering from Queensland University of Technology in 1986, which led to a degree in applied science and construction management from the same school in 1992. He’d earn his MBA in 2010 from Curtin University in Perth.

Between degrees, Dunlop worked in Brisbane before being invited to move to Sydney—a bigger city with greater opportunities. That led to him being regional facilities manager at the Corporation of the Presiding Bishopric of the Church of Jesus Christ of Latter-Day Saints in 2002. 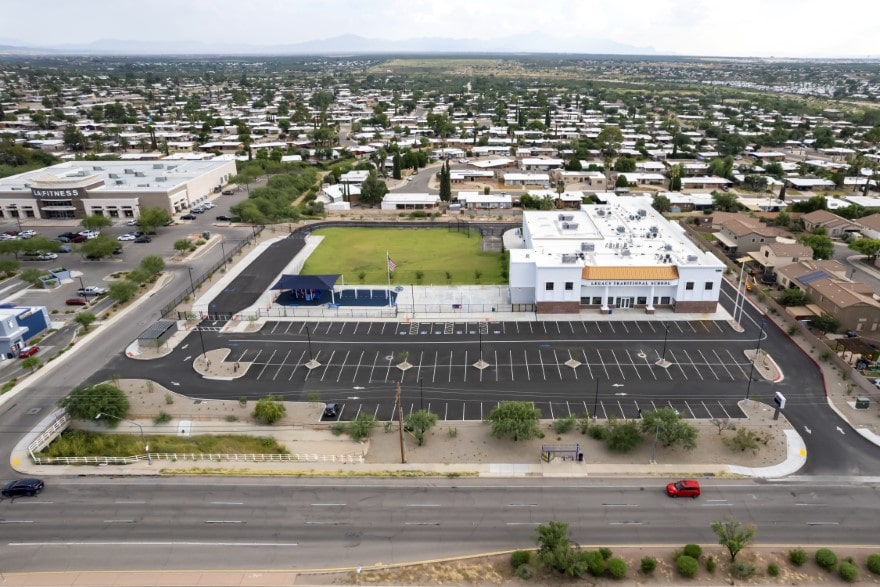 His love of travel—and a work opportunity—brought him to Utah in 2014 as a senior facility manager. He worked in operations and maintenance for six years. When his older son moved to Phoenix, he looked for a position that would allow him to be closer and found Vertex.

“Family is very important to me,” Dunlop says. “Vertex was a good match and offered me the things I needed to engage my heart and my mind, while being close to my grown children.”

From his home base in Gilbert, Dunlop says he enjoys being “an agent of change.” He also feels purposeful as he seeks to create a better learning environment for students everywhere.

“Students and their families are our future and this is something I really enjoy,” Dunlop says. “I’ve found a second home here.” 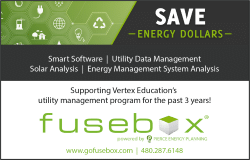 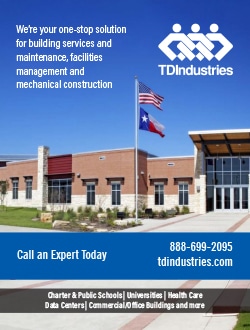 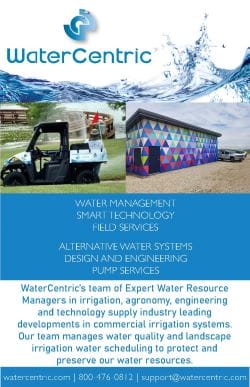