Building on the Future

There wasn’t much time to rest on his laurels. Craig Doerfert said a heartfelt goodbye to his former staff on a February Friday and hit the ground running at Sangamo Therapeutics the following Tuesday.

At least he had the three-day weekend before going full immersion with his new employer. Quite the to-do list he’s been handed. 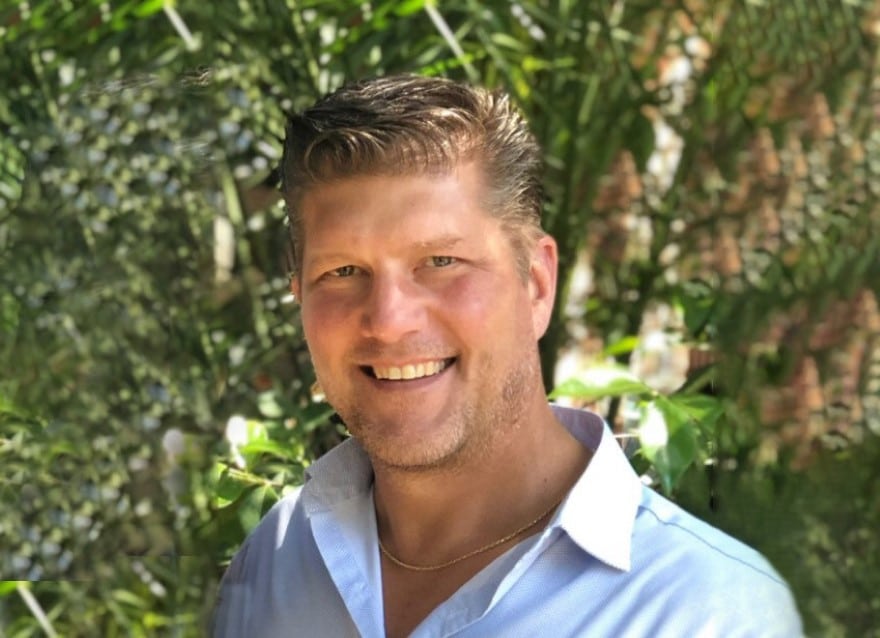 For in early 2019, Sangamo moved into an impressive 100,000-square-foot headquarters in the San Francisco suburb of Brisbane, and it’s up to Doerfert to oversee and manage the facilities of this GMP—that’s Good Manufacturing Practice—operation.

Having handled similar duties at two other Bay Area companies, Doerfert brings extensive life-sciences passion and experience to the position and looks for similar assets in candidates for the team he’s assembling.

“Right now, I’m the first hire for the GMP facilities team and looking forward to bringing on staff to build out the department,” the outgoing and energetic Doerfert told Blueprint just before vacating his former position with Bio-Rad Laboratories in nearby Hercules.

Doerfert anticipates fitting comfortably into the new culture, this being another company committed to improving lives of patients. Doerfert is inspired by Marcus Lemonis, CEO of Camping World and star of the TV show The Profit, and will apply his mantra of “people, product and process.” 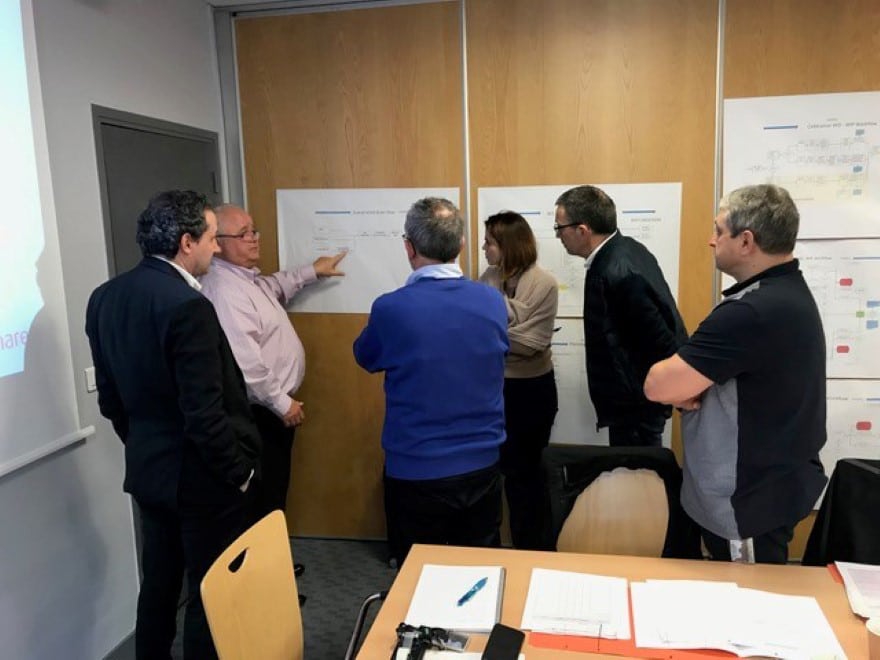 When talking with Blueprint earlier this year, Doerfert was nearing completion of a computerized maintenance management system (CMMS) at Bio-Rad, where he served two years as facilities director of the 70 Americas and Asia-Pacific sites.

An eventful two years, Doerfert notes, for at Bio-Rad he was introduced to the user-friendly and cost-effective capabilities of MicroWest Software Systems Inc. (computerized maintenance management system) and its means for easy master data and work order management and tracking of maintenance metrics. He’s overseen much of the legwork that will continue through the efforts of a dedicated global facilities program manager role he put in place early in his tenure at Bio-Rad. This proved to be a vital role and necessary to sustain performance.

“It must have been a mechanic or technician who built the CMMS because it’s so easy to understand and operate,” he says with a laugh. “I’m a big fan of MicroWest.”

Another legacy Doerfert leaves at Bio-Rad is a 4-megawatt solar energy system that should soon power five company buildings. In just three years the system will pay for itself, Doerfert says, anticipating annual $700,000 reductions in utility costs with more likely due to increasing utility rates.

“They’re in a good position to keep marching forward as a team,” he says of his former Bio-Rad colleagues. “That’s one of the more rewarding aspects of my job, the opportunity to make a difference through people development and implementing sustainable processes.”

That foray into solar energy has piqued Doerfert’s interest in the potential of fuel-cell technology as another layer of protection should operations be interrupted by a power outage. It also seems so in keeping with the West Coast’s progressive mindset which he sees at his new workplace.

“This reminds me my early days at Genentech,” Doerfert says in regard to where he began his biotech career in 1997. “The challenges and culture were very much like where I’m going.” 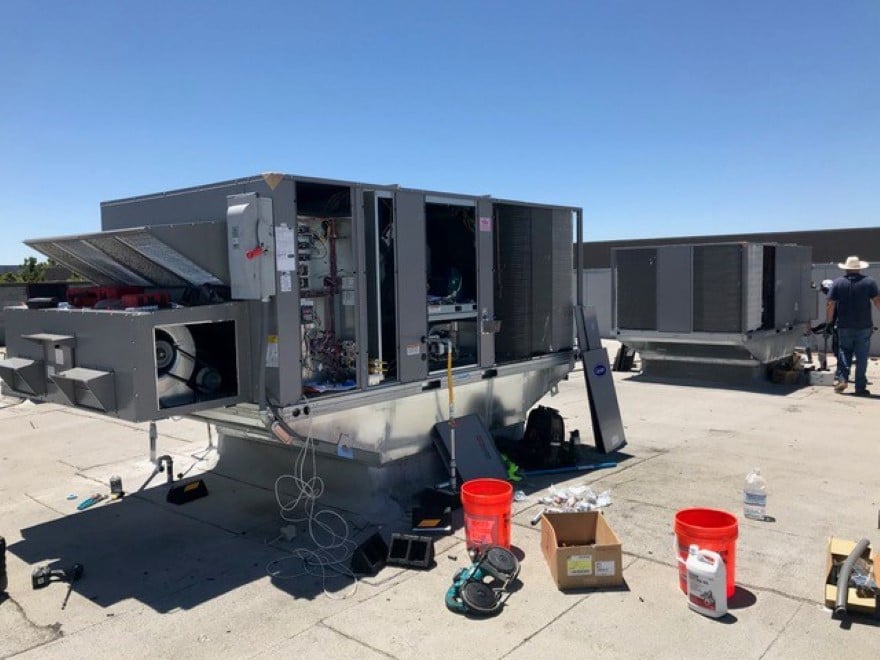 Doerfert would spend over 20 years in various maintenance facilities roles at Genentech’s manufacturing plant in Vacaville, then a relatively modest operation that grew into one that attracted some of the best minds in the Bay Area.

He contributed to the design, build, qualification, operation and maintenance of what then were the world’s two largest cell culture manufacturing plants. Through his tenure, he was also given the challenge to impair the second facility soon after it was put into operation. While this had an emotional effect on Doerfert, a few years later he was again challenged to restart and qualify the facility.

“My last few years with Genentech were a bit of a roller-coaster and I am grateful for the challenges, the learning opportunities and most of all the relationships I built that continue today,” he says.
Leaving Genentech was not an easy decision, however the opportunities Bio-Rad presented seemed like a sensible move for Doerfert, it being global and boasting over 8,000 products in education, chemistry, labs and services.

Grateful as he is for his time at Genentech and Bio-Rad, Doerfert says he might not be where he is without the eight years he spent as a mechanic with Clorox Co. Fresh out of Cal State Bakersfield, he’d take that job and be pleasantly surprised at what would ensue.

“Clorox invested a lot in my technical training,” he explains. “Everything we did was with internal resources—the fabrication, designing, welding, and rebuilding equipment. We rarely outsourced.” I had incredibly seasoned trainers and plenty of work.” 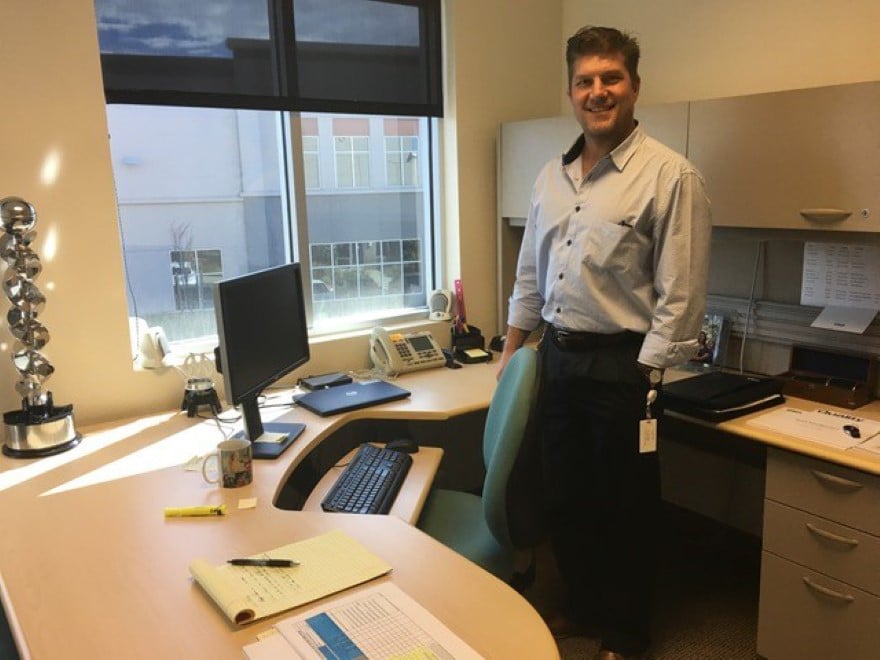 He’d enhance his skills at a junior college and hear about this biotech called Genentech coming to Vacaville where Doerfert and his wife Heidi resided. Doerfert attended a job fair in South San Francisco, only to find lines stretching into the street.

But those lines were for research, manufacturing and quality positions. When Doerfert asked to whom he could speak with about facilities, he was directed to a table with two men and no line. They interviewed him on the spot and referred him to the hiring manager. Soon came an offer to work in either South San Francisco or Vacaville, with Doerfert opting for the latter, it being minutes from his front door.

Years later, Doerfert retains his enthusiasm for facilities leadership, especially as the role takes on such critical responsibilities in delivering products that improve lives of patients.

“It’s working with the patients in mind,” he says, recalling how Genentech reinforced that message with both wall banners featuring patients and live speakers who benefited from the company’s products. “It’s very motivating and rewarding to be able to do something like this and feel a direct connection with the patients.” 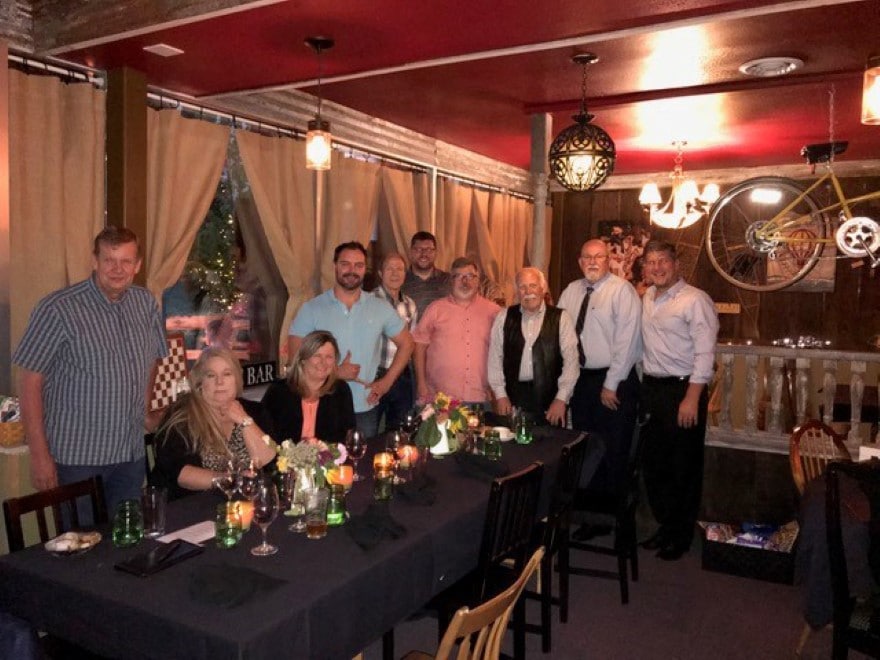 He’s also upbeat about entering another office culture with a goal of improving lives of patients with rare diseases. Doerfert has always opted for employers who are focused on their people and committed to developing processes to help them succeed. He believes focusing on patients and developing staff is a vital intangible that not only motivates and inspires teams, it delivers higher quality results.

And that relationship-building transcends his professional life, he and Heidi, his wife of almost 25 years, are active in their community and church. Their eldest daughter, Hannah, is a Cal Baptist junior and their youngest, Sophia is a high school senior planning on joining her sister in the fall.

“I’m grateful I’ve always been able to achieve a healthy work-life balance with the support of my family,” he says. “I am blessed. I do not take for granted any of my life experiences and enjoy helping others through their life journey.” 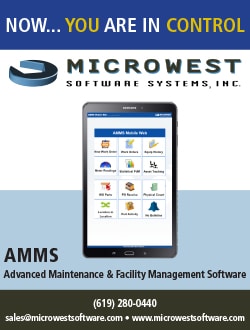