The grass is only greener over the septic system if it’s been designed and installed properly, which is why a lot of lawns are lush in and around the community of Canyon Lake in the foothills of Texas Hill Country.

Since 1981, many homeowners and small businesses in the area have come to rely upon Countryside Construction Inc., whose specialties are aerobic treatment systems and maintaining a working relationship with clients long after the systems are installed. While Countryside doesn’t pump tanks, it will handle all upgrades, repairs and replacements. 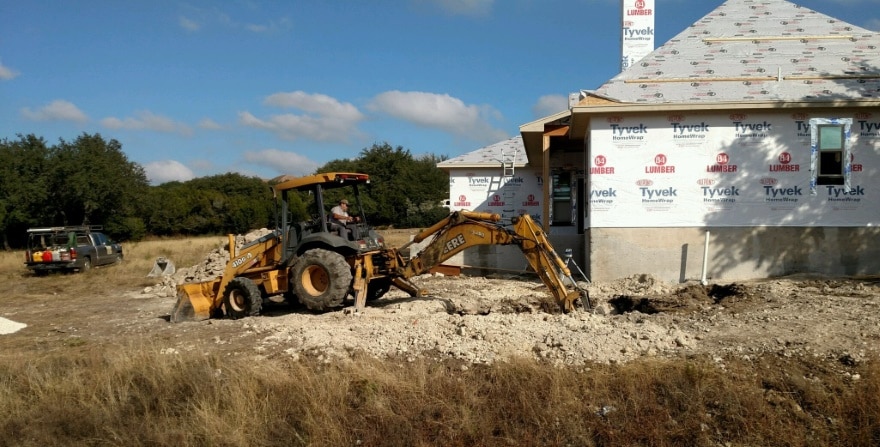 “We do the job right the first time and retain the service contract,” assures founder and President Walker Chapman, whose customers have come to include major homebuilders. “A lot of septic installers will sell the service contract, and that creates problems for the homeowner who gets caught in the middle when the technician says he’s not at fault for whatever’s gone wrong. Countryside Construction guarantees all the work we do.”

Reputations carry great weight in any facet of the construction industry, reminds Chapman, who’s one to look a customer in the eye and shake hands. It’s the kind of people-first approach Chapman found remiss in his long-ago professional life selling insurance in New Mexico, but he doesn’t regret that part of his career since, in a roundabout fashion, it caused him and his wife to switch gears, move back to their beloved Texas, and pursue a livelihood and lifestyle more suited to their values.

More about that change later, but first let’s look at why Countryside is thriving along with the residential construction industry in this very scenic and appealing part of the Lone Star State.

An all-in-one contractor, Countryside takes care of all septic system logistics, including permitting and groundbreaking. The environmentally friendly and cost-efficient aerobic treatment system often is the best option for residential and commercial customers who can’t connect to municipal sewage or whose rocky or clay-rich soil isn’t suitable for a traditional system.

Capable of holding between 500 and 2,000 gallons, the aerobic system comprises four steps, the first being a single-compartment trash tank for pretreatment of solids, connecting to a larger facility for the actual aerobic cleansing of liquid waste. The liquid waste then passes through a clarifier and chlorinator to kill bacteria and is moved to a pump tank. Finally, clear water is dispersed through above-ground sprinklers or into drip irrigation fields. 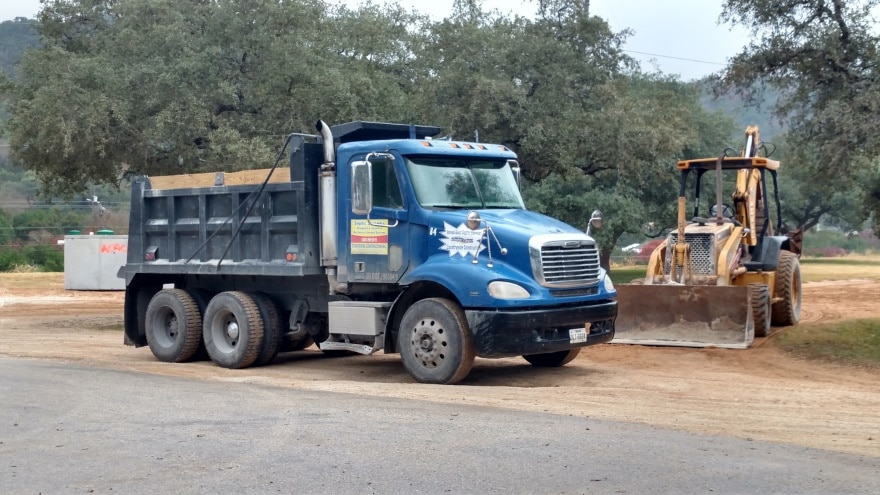 Residential installation will always make up the lion’s share of Countryside’s business, and it’s been on a tear in recent years, Hill Country being one of the nation’s fastest growing regions for home construction. Commercial projects supplement these installations, among them convenience stores and the Stars and Stripes Drive-In Theater in New Braunfels that required three 1,500-gallon-a-day units. In all, Countryside services over 2,000 customers spread throughout numerous counties in the San Antonio area.

“I’ve got a great team here”, Chapman tells Blueprint in mid-October. “Countryside’s employees enjoy having a steady paycheck and a stable work environment. It can be hard to find people willing to do this work, and I want to hold on to them.”

Himself having been in non-favorable work environments that lacked such considerations, Chapman wakes each morning grateful for his career change.

Toward the end of Chapman’s time in the insurance business, the companies were paying low dividends on policies while banks were offering high interest on certificates of deposit. When the companies leveled the field at the expense of their commissions, the Chapmans reassessed their loyalty to his employer. “That turned into a lucky break,” he says.

Upon returning to Texas, the Chapmans became landlords when they invested in mobile homes as rental property, positioned on 5 newly purchased acres. Lacking the means to contract out the septic systems, Chapman opted to do the installations himself. 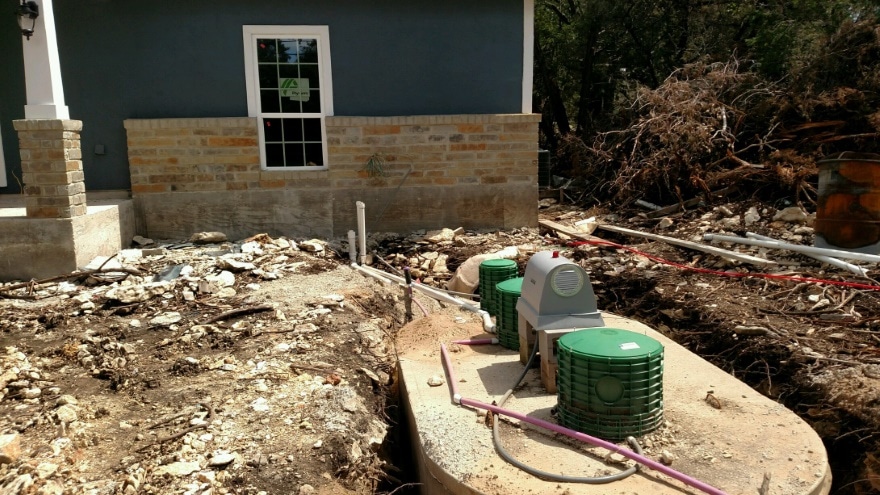 Being well-versed in machinery and accustomed to working with his hands, he obtained a backhoe, learned the trade, got licensed and became so knowledgeable about septic systems that calls came in for him to do installations.

“The good word spread as my reputation in business grew and more work came in,” he says. “We ended up with 50 mobiles to rent out, as well as a septic business. We’ve got everything we need now to stay busy for a long time.”

Which is fine with Chapman, who professes such work to be his hobby. His approach and ability to do business on a first-name basis with contractors, homeowners, property managers, clients and clients to be is best described as refreshing.

As the scenic communities of Hill Country continue to progress and prosper, so does Countryside. Requests for new installations of septic systems, maintenance contracts that include triannual system inspections, and calls for material repairs and replacements continue to roll in.

While all of this is happening, Chapman is responsible for, and ever diligent to comply with, the regulations of the Texas Commission on Environmental Quality, as well as those mandated by the individual counties where Countryside operates.

But, as Chapman says, when you enjoy what you do, it doesn’t feel like work. He never could say that about the insurance business.