The easy-to-use technology that is built to last

In 2016, Computrols Inc. began renovating the 43,000-square-foot building that will serve as its new manufacturing facility and headquarters in Gretna, Louisiana. According to Drew Mire, the company’s vice president of operations, this new location can’t happen fast enough.

He says Computrols has outgrown its old facility, and the new one is just one way the company is scaling up. 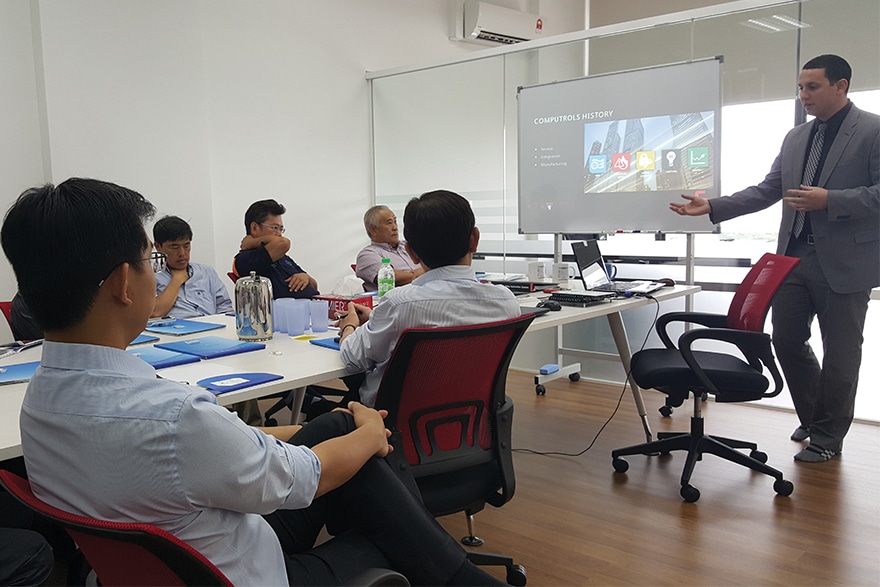 The company installs its systems in Class A office buildings (the most prestigious categorization), universities and hospitals across the U.S. The company has branch offices in Texas, central Florida, Washington D.C. and southern California, as well as a dealer network that covers most of the country and several international locations, including Russia, Mexico and Malaysia.

Today, more and more building operators depend on Computrols to ensure their buildings are operating at maximum efficiency.

According to the Commercial Buildings Energy Consumption survey administered by the U.S. Energy Information Administration, a building’s HVAC accounts for nearly half of its entire energy consumption.

Building managers then use the Computrols Building Automation Software (CBAS) to optimize how their building functions. For example, CBAS helps save energy by using optimal start/stop scheduling for HVAC systems. This determines how much time is needed for a building to achieve the right interior temperature.

“So if at eight o’clock in the morning a building operator wants the temperature to be 75 degrees…the building automation system figures out how long it takes to reach that set point,” says Scott Holstein, digital marketing manager. “We want to make sure we’re hitting that set point prior to occupants getting into the building, but, at the same time, not starting the system any earlier than is needed so we’re not using energy unnecessarily.”

“This is a big deal for building operators because that’s what enables them to know how their building is functioning at all times.”

The company’s software automatically stores all data associated with each system, which allows building operators to leverage historical data when writing new sequences for the system.

“This is a big deal for building operators because that’s what enables them to know how their building is functioning at all times,” says Mire. Unlike many of Computrols competitors, which only tracks certain data points, CBAS automatically saves histories for all points from the time the system is first used.

When CBAS launched in 1989, it was the first building automation software built with the end user in mind.

At that time, building automation systems were so complex that they required a technician to make changes to the system. Because of this, building operators usually had costly maintenance contracts with the manufacturers of each system. 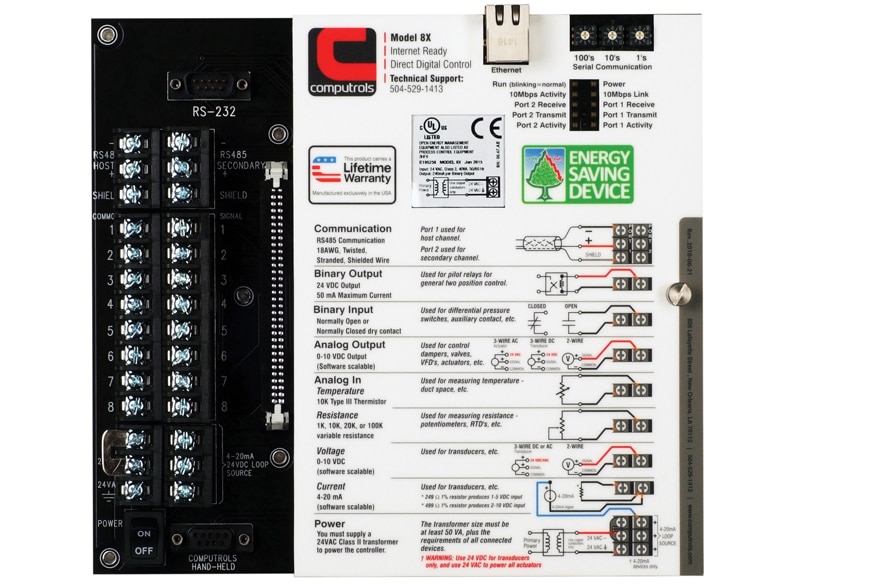 While maintaining building automation systems, “Computrols saw a need for a simple-to-use software platform that would enable end users, such as the building staff, to maintain these systems in-house,” says Mire.

With simplicity in mind, Computrols set out to design the first intuitive building automation software that uses Boolean, or “if-then,” logic for developing sequences.

“If you can say the logic statement you want to write, then you can program it in our software,” says Holstein. “For example, you might program a statement dictating that ‘if outside air temperature is above 85 degrees, then start chiller’ and that’s exactly what it looks like in CBAS.”

This simplicity means there is no ongoing cost for many of Computrols’ customers because once the system is installed, the building operators can manage the system themselves.

After the success of CBAS, Computrols expanded by manufacturing its own line of control boards in 1993. The company transformed the industry again by offering a lifetime warranty on all of its hardware.

This was, and still is, unheard of in the building automation industry. In fact, other BAS manufacturers purposefully plan obsolescence into their products, forcing their customers to upgrade to the latest hardware every five to ten years.

“We have backwards and forwards compatibility built into everything because we don’t believe in obsoleting products just to make an extra dollar,” says Holstein.

Both Mire and Holstein believe this warranty, along with the company’s user-friendly software, is why Computrols customer-base has grown so rapidly in the past 30 years.

As the company looks forward to a new, larger facility, these two factors will allow Computrols to further expand its services to markets both domestic and abroad.