Picking up where housing authorities left off

Housing authorities do a lot of good in low-income communities by providing affordable apartment options for locals—but these same agencies often catch flak from tenants and the media for neglecting older, deteriorating properties. It’s not necessarily the housing authority’s fault; when tax dollars are limited, they simply can’t handle some of the larger, more complex properties.

That’s when they may call Community Preservation Partners.

CPP was established in Irvine, California, in 2004 as the development arm and wholly owned subsidiary of WNC & Associates, an investor in affordable housing and community renewal initiatives for the last 46 years.

In it for the long haul

Oftentimes, property developers will purchase a building, obtain the necessary permits, design and implement the structural and aesthetic improvements, and then unload the property. Some do even less, opting to simply sell the plans, permits and structure to a builder without doing the literal heavy lifting. But not CPP, the company advises. It retains and asset manages the property, even long after the work has been completed.

“We don’t just cut and run,” says CPP Vice President Seth Gellis. “We share the long-term outlook and goal of the housing authorities and of a lot of non-profits and churches that we buy these communities from.” 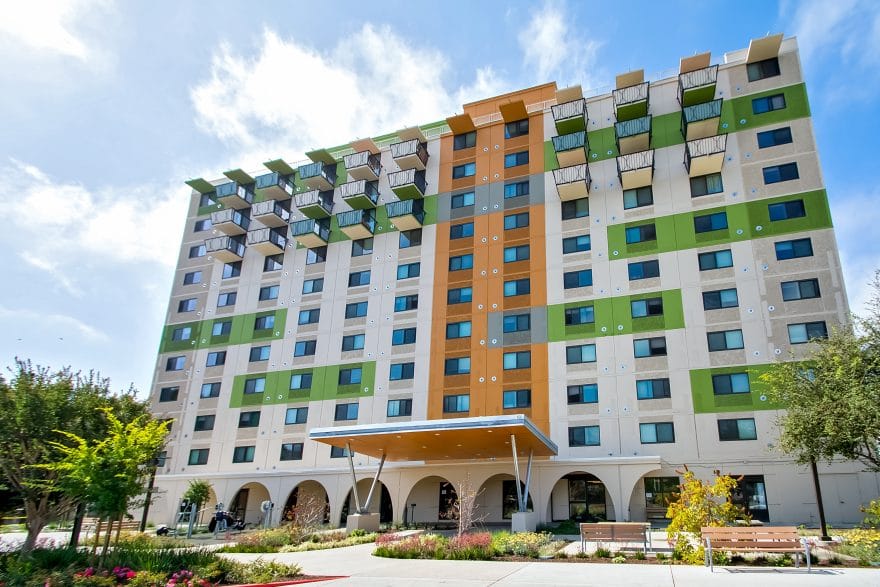 The relationships with these types of groups don’t always end after the initial purchase, as CPP often continues teaming with organizations during and after the renovations.

“We’re very partnership-oriented,” Gellis says. “We always bring in our joint venture partners, or whoever makes the most sense from a service perspective, or from a management perspective, or just a non-profit that’s going to better serve that tenant base going forward.”

The goal of these groups isn’t to make money, even though CPP and some of its partners are for-profit companies.

“We’re a mission-based for-profit,” Gellis explains, saying that the real goal is “to preserve and protect affordable housing across the country.” That’s the common thread that connects CPP and its non-profit partners, Gellis says, specifically praising the Foundation for Affordable Housing and Jamboree Housing, as well as like-minded for-profits such as L+M Development Partners, Related Affordable, Bettencourt and contractor, United Renovations Specialty Group. 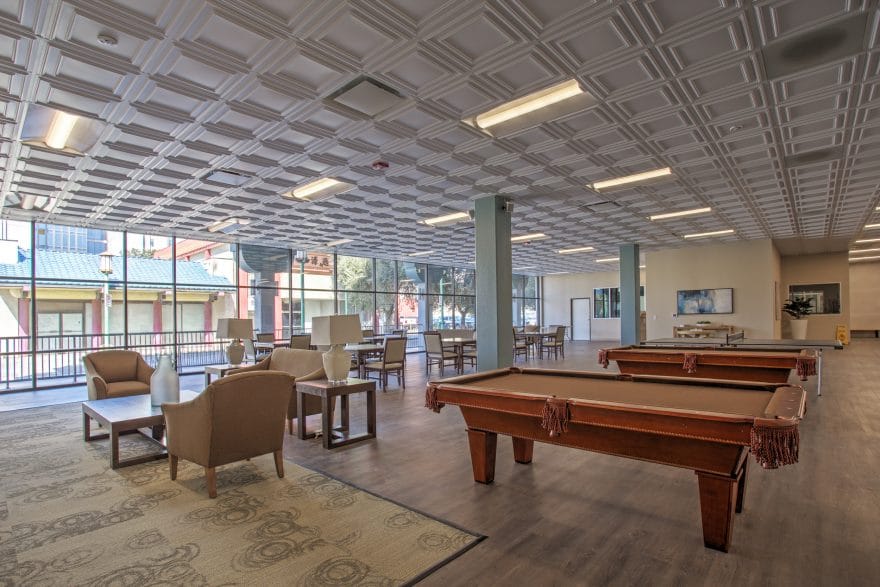 United Renovations is especially relevant as it recently worked with CPP on a housing project in Stockton, California, one of the hardest-hit communities of the Great Recession.

Built in 1966, Stockton’s Franco Center Apartments was a 110-unit, Section 8 senior community that was outdated, deteriorating and in need of a facelift. After the San Joaquin Housing Authority was burdened with one of the largest municipal bankruptcies in U.S. history, Community Preservation Partners took on the job.

Nearly everything in the building was replaced or improved, including new flooring, cabinets, countertops and fixtures inside the actual units. A community room was added, as were enhanced security features like cameras, an entry system and additional LED lighting. Each unit’s carpeting was also replaced with vinyl plank to remedy a preexisting bedbug problem.

“Everyone should have a safe, sanitary and healthy environment to live in,” Anand Kannan, president of Community Preservation Partners, says. “It was quite a turnaround.” 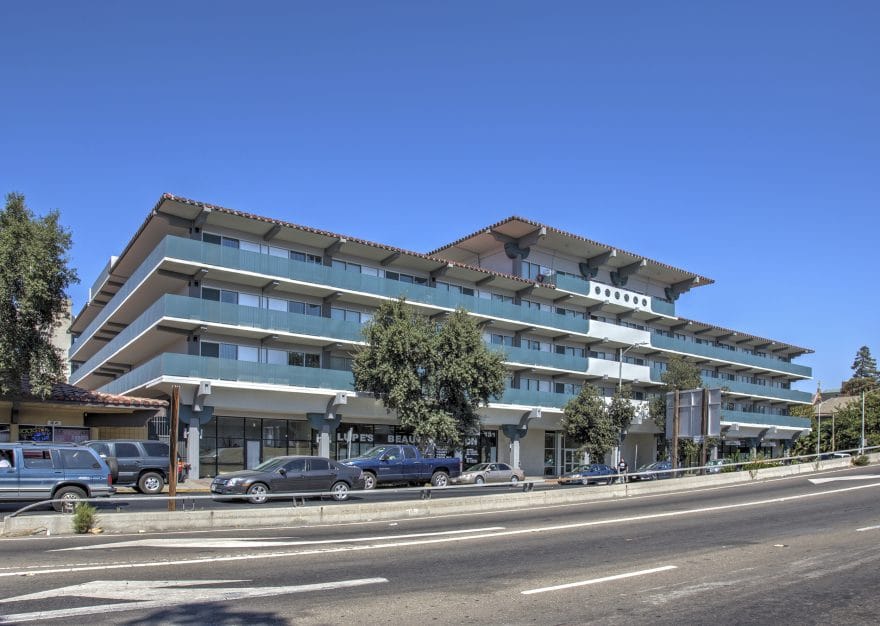 The Franco job wasn’t without its challenges. Because it was an occupied renovation—where construction was only conducted between the hours of 9 a.m. and 5 p.m.—the residents needed a place to go during the daytime hours.

In conjunction with the Franco Center’s social service coordinator, residents were provided with daily lunches; designated rooms for rest and relaxation that had couches, refrigerators, TVs and other conveniences and plenty of events like bingo and movie screenings in the community room. All health-related requirements of the residents were attended to, as well, thanks to coordination between CPP, the property manager and the city of Stockton.

Although this array of improvements at the Franco Center helped the residents gain a fresh outlook, to CPP, the impact involves much more.

“One of our biggest advantages is just having a well-capitalized owner who is interested in the long-term viability of the people and the asset,” Kannan says. “And one that has the ability to reinvest in the community.”

Kannan sees CPP as a catalyst for growth, since changes in residential buildings can also improve the quality and quantity of local businesses, schools, healthcare facilities and other services—and make the entire community a more desirable place to live.

The Franco Center is just one of 49—soon to be 50—properties owned by Community Preservation Partners, adding up to about 5,500 total units and $1 billion in assets across six states.

While most of CPP’s work has taken place in the Southwest, it is now reaching new markets in the Pacific Northwest and East Coast. Recently, CPP finished a major rehabilitation of the Plaza Townhomes in Portland, Oregon, which extended affordability for families at a property that was purchased from the local housing authority, Home Forward. 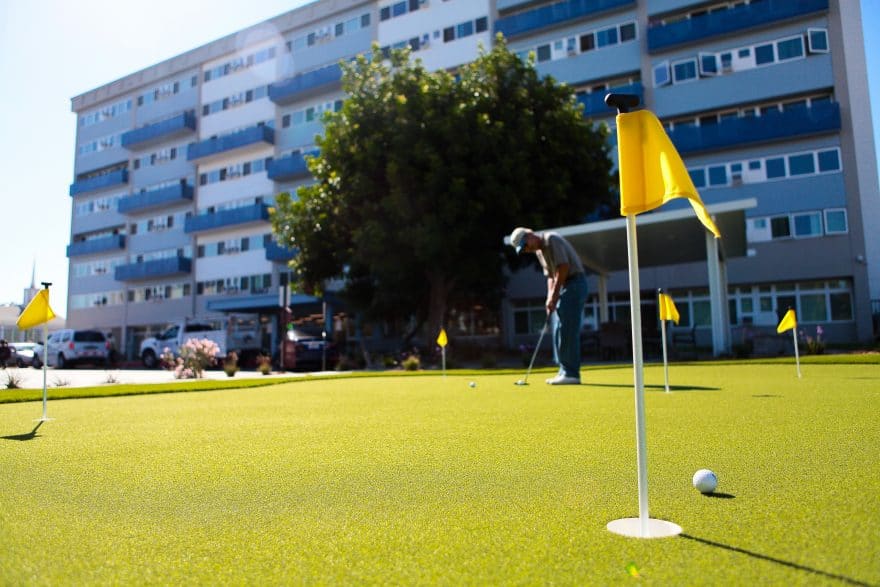 Additionally, it is embarking on a new push east to acquire and improve residential buildings that will complement the company’s Victory-Fiedler Senior Apartments in Staten Island, New York—a community that had been hit by Hurricanes Irene and Sandy in the span of just 15 months.

With all the work that needed to be done at Victory-Fiedler, and all the issues that came about, the original developer was unable to complete the project, and CPP had to step in and lead the project to a successful outcome, even though it was unfamiliar with the region.

“People just go by reputation,” Gellis says. “So they sought us out.”

As to why the company continues to be sought: “[It’s] our shared long-term vision and our ability to put more back into properties up front in order to achieve that,” Gellis says. “Because we’re mission based, we work with really good people that have that same outlook, and it’s not about the bottom line at the end of the day—it’s about the people and the communities.” 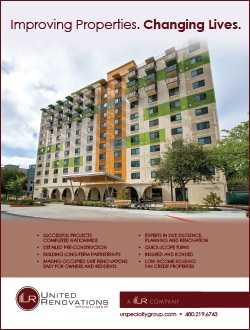