He knows when to literally raise the roof

The party hasn’t really ended at the new AC Hotel by Marriott Bridgewater. It’s only been toned down by a pandemic that’s lessened good times just about everywhere, including here in north central New Jersey. But when some sense of normalcy resumes, this place will really be rockin.’

So assures Chuck Pagnotta, who was among the celebrants at the January 2020 grand opening. Senior vice president of construction and design for its owner and manager, The Briad Group, Pagnotta could take pride in this new facility, which was inspired by the hotels he and colleagues had toured during a working trip to Spain.

Comfort and convenience reign at this upscale lifestyle hotel, where 150 guest rooms include access to an indoor pool, fitness center with Peleton bikes and conference rooms. There’s a walkway to the new Tommy’s Tavern under construction. A rooftop nightclub, The Bradford Fine Spirits & Tapas, literally takes entertainment to new heights. Even in the dead of last winter, this AC Hotel was boasting 90 percent occupancy.

“Then the virus reared its ugly head,” Pagnotta laments during an interview with Blueprint. “Occupancy tanked to the 15 percent range—well below what it should be—but we’ve worked through it. We always find a way to do so.” 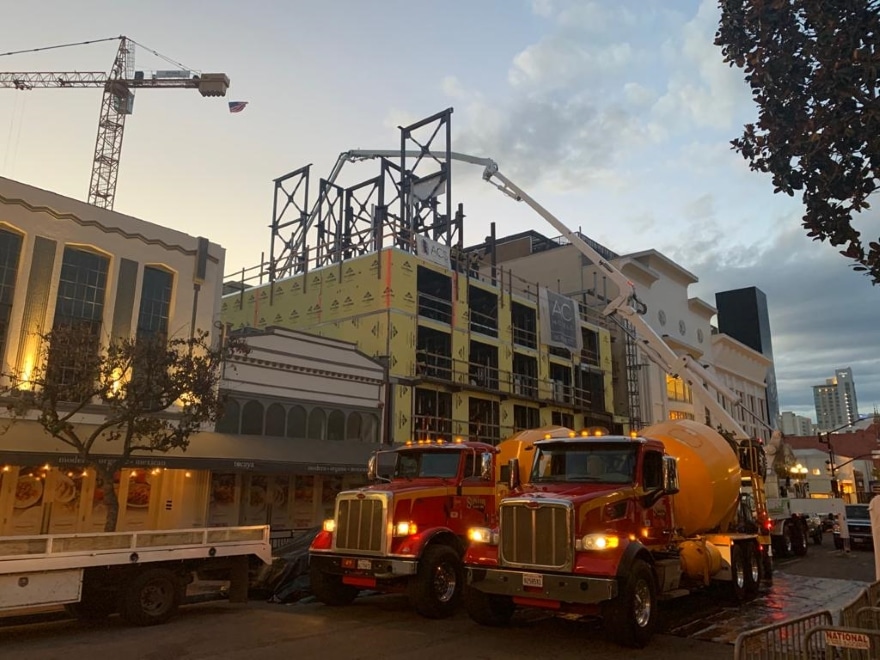 That’s because The Briad Group is about as all-inclusive as a construction company can be, in addition to being a Marriott, Hilton and Wendy’s Old Fashioned Hamburgers franchisee, and a franchisor of Zinburger. Briad owns and controls projects from inception to development to operations and can pivot when circumstances change, as they have since last year.

The COVID-19 pandemic having put a damper on revelry, Briad took advantage of downtime by modifying the nightclub to give social distancing a more personal, user-friendly touch. Rather than plastic shields everywhere, the company created separate zones with spaces divided by plantings.

“We do not want everyone feeling they’re always dealing with the virus,” he says. “As the owner, we’re not afraid to invest in our properties. With full control, we can adjust as situations change.”

Not far away, at another new Briad property, the Element by Westin in Wood-Ridge, New Jersey, there’s been an even more dramatic adjustment, with Pagnotta raising the roof—really. 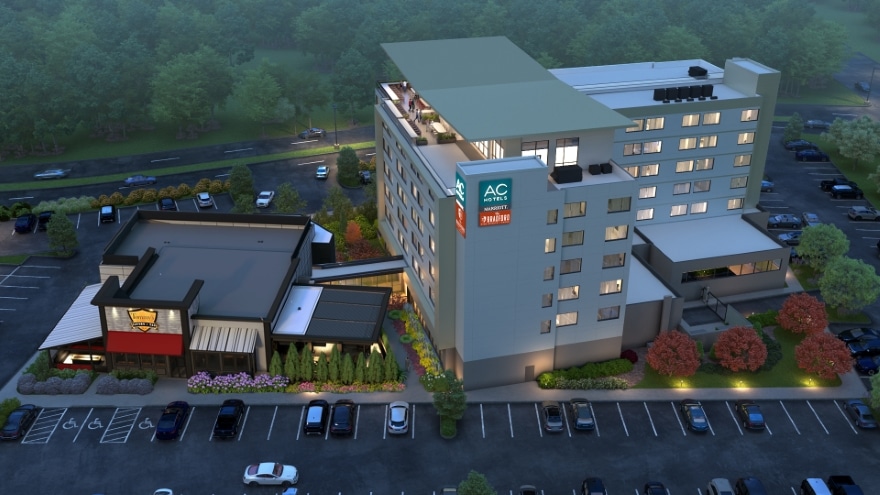 This hotel offers a panoramic view of New York City from its rooftop bar, the Concourse Club. Post-pandemic, that sight will be even more dramatic as the roof is being elevated, Pagnotta confident that the relatively modest $300,000 investment at an opportune time will give patrons a priceless look at the Big Apple in all its splendor.

Meanwhile, on the opposite coast, there will be what Pagnotta describes as “a rooftop bar on steroids” in San Diego’s lively Gaslamp Quarter, where another Briad hotel, AC by Marriott, is being built within walking distance of the Padres’ stadium and other attractions.

“A fun fun project,” he says of what will be an eight-story structure with 147 rooms, a restaurant, fitness room, pool and patio to further the experience of that rooftop bar, the Techo Besso. An “ultra-lounge,” Love Story, will feature a DJ and live music.

Will be worth the wait

AC by Marriott has been a long time in the making, Briad having owned the property for a decade, but first dealing with the Great Recession and then a complex permitting process and the demolition of existing buildings. 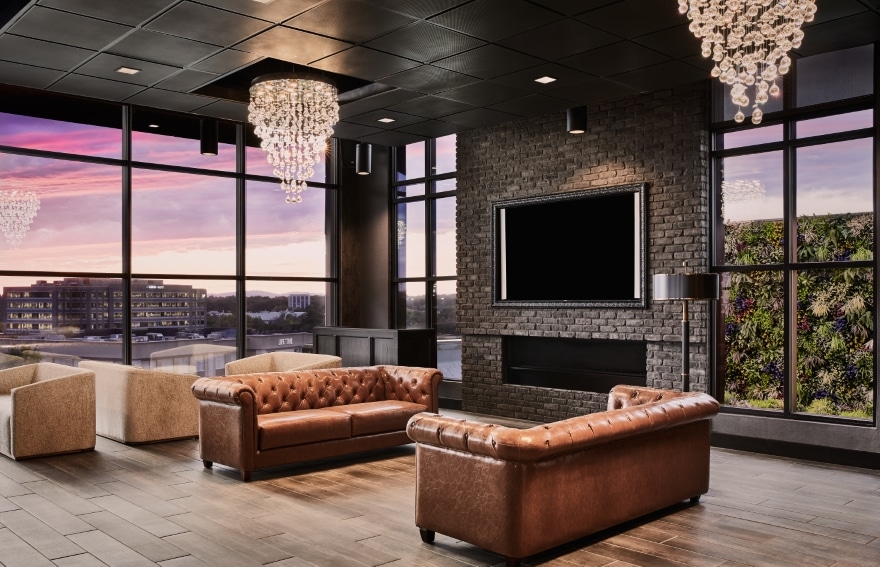 COVID-caused supply chain interruptions and workplace protocols notwithstanding, Pagnotta still anticipates the eight-story, 147-room structure will be complete by year’s end. Though that’s at least several months beyond the initial March deadline, he doubts any builder could be more efficient. Again, as owner of all its projects, The Briad Group has full control of all processes.

“We’re in a different category than most developers,” he explains. “We are our own general contractor and only complete work for ourselves. We don’t do any third-party work, though we work with outside architects and engineers. Someday maybe there’ll be a time when things slow down and we can catch our breath, but we’re still waiting for that moment.”

A hands-on type, Pagnotta relishes his role with the Livingston, New Jersey-based operation that, in addition to its Marriott and Hilton hotels, includes 100 Wendy’s nationwide. But he’s quick to credit his extended team that includes interior design company D Hospitality as well as the architects, engineers, tradespeople, vendors and various Briad divisions that collaborate so closely.

It sure makes his job easier. Then again, Pagnotta has been doing something along these lines since being mentored by his carpenter father and uncle.

“I learned a lot about the business as a young man, going to meetings with bankers, inspectors and architects, and fell in love with idea of building,” he says. “I worked as a laborer for years and got an appreciation of what it takes to build and how to manage people in the field.” 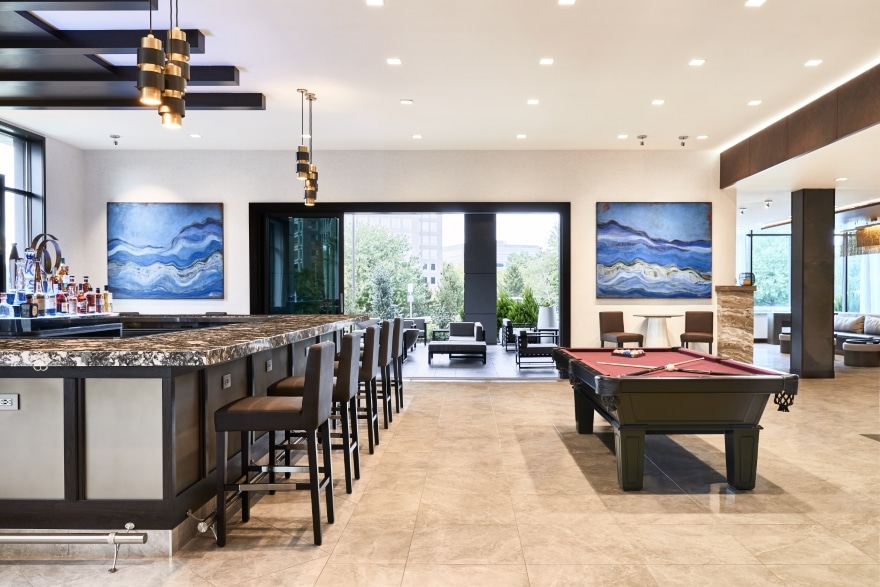 Pagnotta was only in his early 30s when entrusted by Briad founder, Brad Honigfeld, to oversee construction of a hotel. Honigfeld, recognizing a kindred soul, offered Pagnotta the opportunity to start an in-house construction division at Briad. The company now has three divisions: quick-service (Wendy’s), polished casual dining (Zinburger) and lodging (Marriott and Hilton).

There’s more than enough to keep Pagnotta busy on both coasts. Even when he vacations with his wife, he never really seems off the job. There’s always something to be learned in any hotel or restaurant, he says. His three children—two college-age sons and a teen daughter—help keep him abreast of technology, and how important that is, what with hotels and restaurants needing the means to keep customers connected to the outside world.

“What’s new today may not be new tomorrow,” he says. “COVID’s forever changed our world and how our industry must adapt to new users.”

But, for Pagnotta, there’s something that won’t change.

“There’s nothing better than sitting in a new hotel and seeing people interact with others or with staff and feel the buzz of what you’ve just built,” he says. “It pushes us to stay ahead of the curve. If our guests aren’t wowed, then we didn’t do our job.” 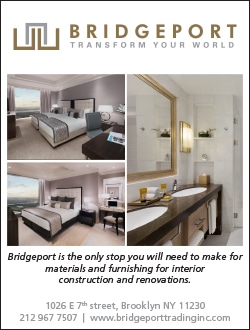 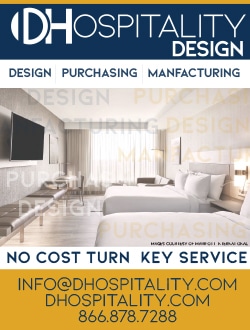 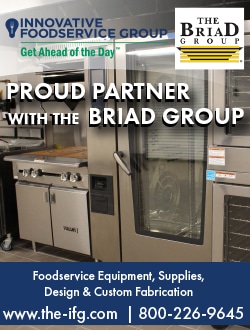 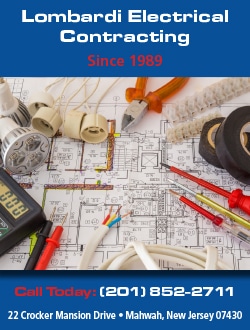