On a long winter’s night, what could be better than cozying up to a warm hearth, a good book or binge-worthy Netflix show to help you wind down? Be it pine crackling in the fireplace or the soft flame of a gas log or heater insert, a good fire takes away the chill—and brings charm to the season.

Chuck Hall, president of Winston’s Chimney Service, has helped countless customers in the Washington, D.C., area heat their homes. He also knows few things can be more dangerous than a faulty liner, blocked flue or creosote buildup that can cause carbon monoxide poisoning—or a chimney fire. 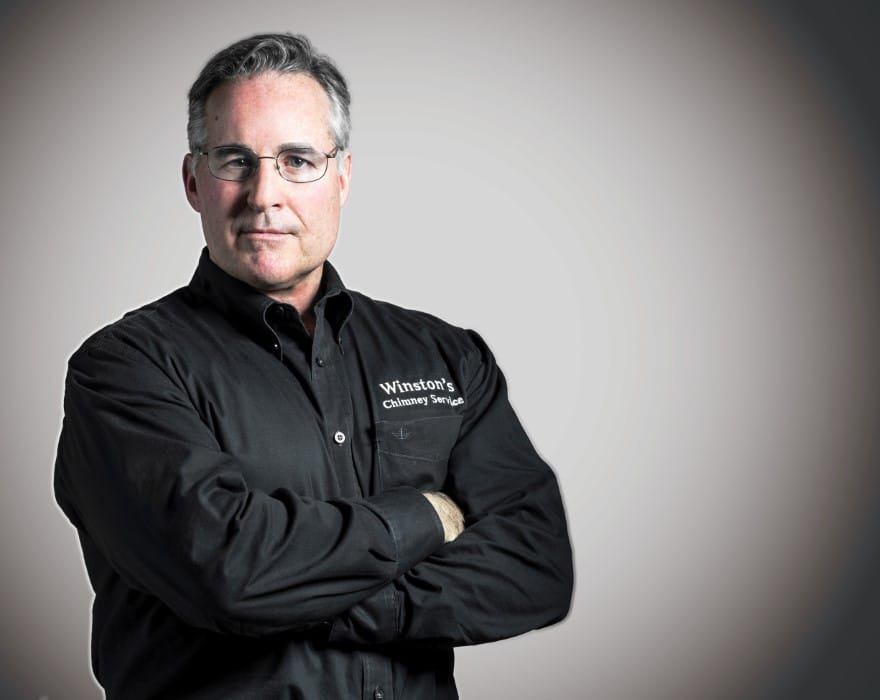 More than 30 years ago, after his job in radio sales went up in smoke, Hall teamed up with a friend to run the chimney cleaning company’s operations. He sold the jobs, cleaned the chimneys and handled myriad matters besides. And though he’s since stepped away from working in the field, his understanding of the business has only grown.

“Back in the beginning of my career, I was focused on being the best chimney tech I could possibly be by getting the best education I could get,” Hall says. “In the last seven years, I’ve been focused on our core values and developing a corporate culture.”

Winston’s is hardly alone in the region when it comes to servicing chimneys; Hall says he competes with more than 50 other companies, though some are only part-time autumn chimney cleaning operations.

“We do it all year round and are picked for some very special jobs,” he says. “These days, we get lots of fireplace renovations and conversions for gas logs and heaters. That’s where the industry is going now.”

Winston’s is also called to work in some pretty special places. In early 2020, the company will return to Camp David, the presidential retreat in Maryland’s Catoctin Mountains, where it’s being subcontracted to restore the property’s fireplaces.

Later in the year (as it does annually), Winston’s will inspect and clean the 62 fireplaces at the U.S. Capitol, and do the same at the U.S. Supreme Court, where the company also repaired nine of the 15 fireplaces several years ago.

Don’t expect a Winston’s technician to resemble Bert, the chimney sweep made famous by Dick Van Dyke in “Mary Poppins.” The company’s techs will have brushes, but also a Chim-Scan digital imaging inspection system. 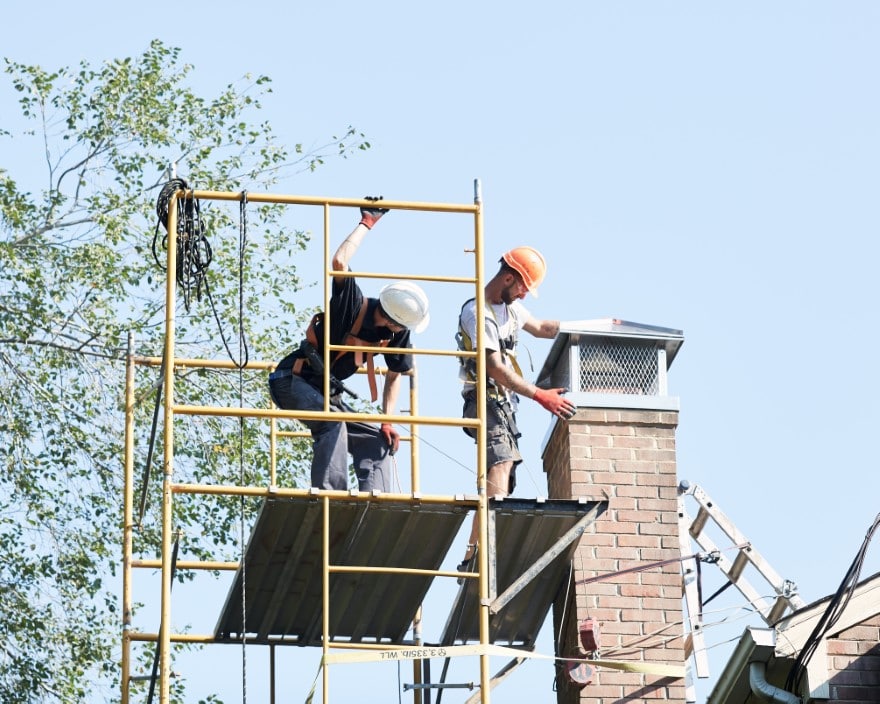 “It’s basically a colonoscopy for your chimney,” Hall jokes, adding that the technology has advanced so much that cell phones can be used to show the condition of a flue or chimney liner. When it comes to inspecting chimneys at the U.S. Capitol, Winston’s must also provide audio notes.

Though Winston’s also inspects and cleans vents for dryers, furnaces and water heaters, its technicians specialize in the top-down work on chimneys.

“Everyone understands it’s better to get on the roof when you can,” Hall says. “You want to get up to the top of the chimney to take measurements.”

Hall’s own top-down approach began to change seven years ago when he left the on-site work to his staff so he could begin focusing more on the company’s culture and growth. Revenues have increased from around $2 million to $6.75 million since, and Winston’s is looking to work with roofers and heating contractors as referral sources for chimney repairs and flue replacements.

“I brought in outside professionals to help us navigate the growth of the company. I asked the right people the right questions and implemented the answers,” Hall says. “I’ve learned I must be a good leader, but that does not always mean I am the best manager.”

Enhanced efforts have included a stronger online sales presence and a remote scheduling tool that allows employees to go straight from home to a job. 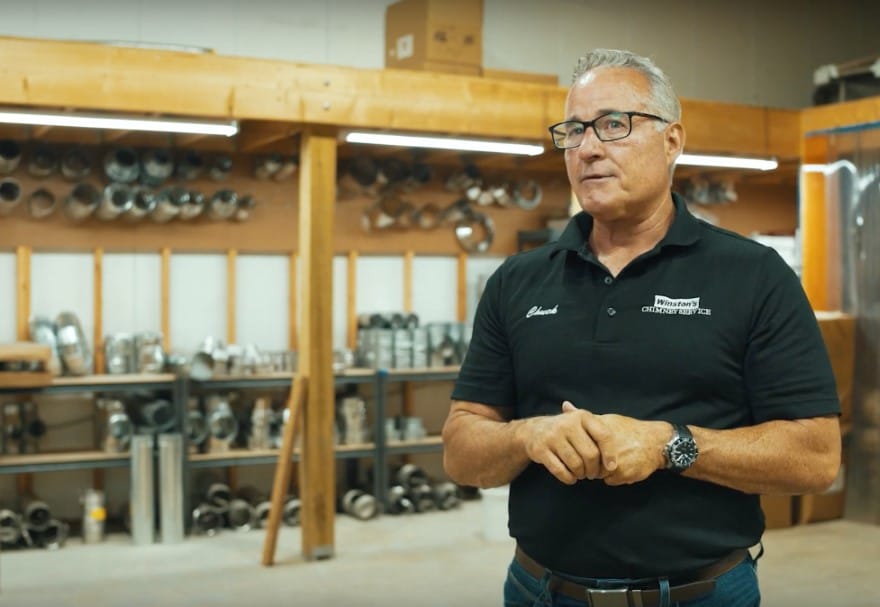 As new methods are developed to serve customers, Hall relies on General Manager Richard Hott’s business instincts—just as he has for 27 years.

“He’s always been someone who looks at the situation and thinks things through, an ‘aim first then shoot’ type of guy,” Hall says.

Winston’s employs a crew of 55 and a fleet of 20 trucks. When he looks to fill positions, Hall does not require industry experience.

“They have to be trainable and teachable with the drive to learn,” he says. “Hiring the best people is one of the most important parts of running a service company. They need a culture of service in their heart to be a good fit here.”

Noting with a laugh that he’s one of the few people living in the D.C. area “that was actually born here,” Hall did leave to attend the University of Kansas, where he earned a bachelor’s degree in communications in 1986.

He returned to sell advertising time on a local radio station, but his arrival coincided with government deregulation that allowed companies to own multiple stations in one market, and Hall disliked the work situation. 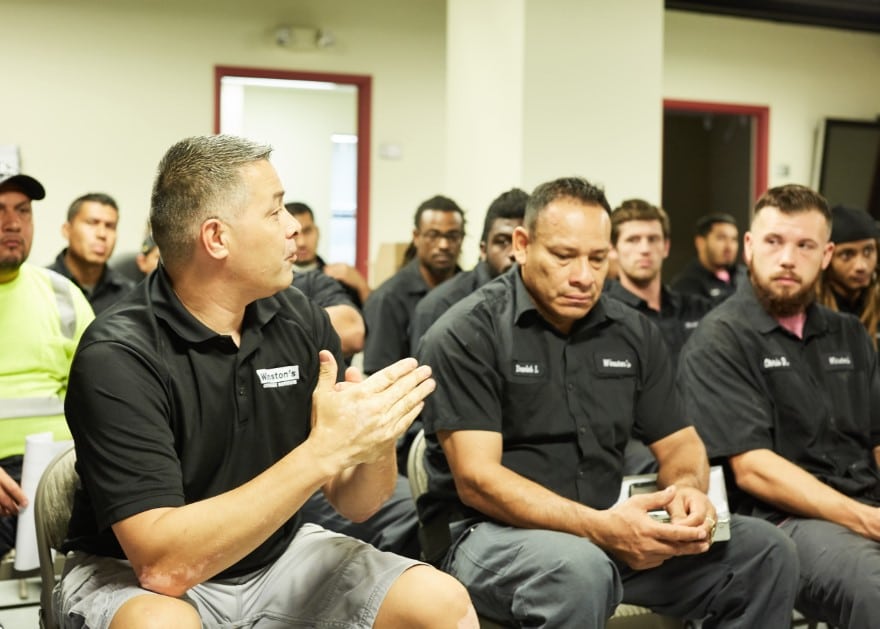 A friend who was working with Winston’s—which at the time offered window and gutter cleaning services along with the chimney work—pitched Hall on the idea of coming on as a sales rep. He was so successful he was offered a franchise to handle Winston’s business in northern Virginia.

The franchise kept growing, but Hall felt it needed to focus on one area and sold off the window and gutter cleaning operations.

“I knew the best thing to do was become the best company possible at our skillset, and grow it slower,” he says.

All while developing an inclusive culture that features group outings and daily work huddles, along with donating resources to two important causes.

The first, Sweep Away Cancer, is an industry-created nonprofit supporting those with cancer (in or out of the chimney industry) by helping to cover medical expenses, prescription costs, housing costs and groceries. Each October, during Breast Cancer Awareness Month, Winston’s donates 5 percent of its revenue from chimney cleaning jobs.

The second nonprofit is Warrior Horse, which supports veterans with PTSD by teaming them with therapy horses. 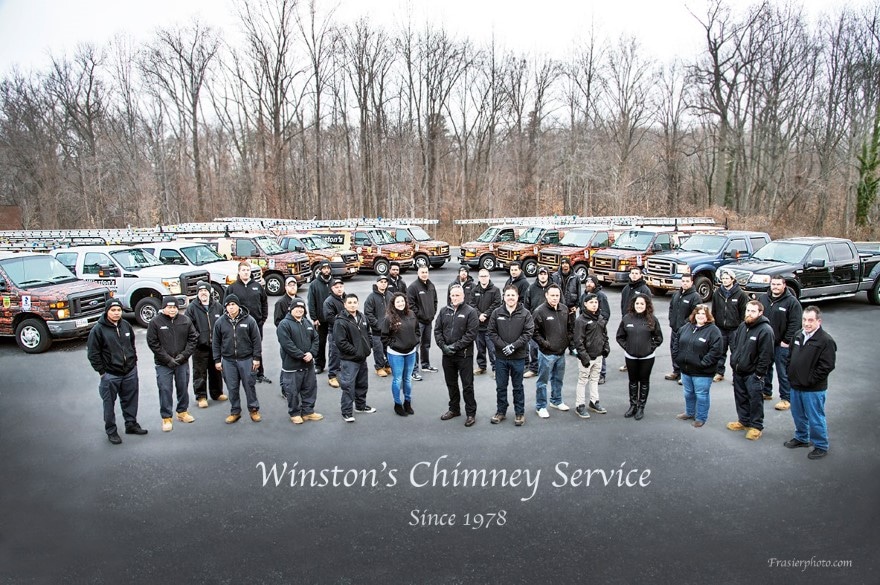 “There might not be a cure, but there can be relief from the condition,” Hall says, “So I am very happy to support them.”

A father of two grown children, Hall says his son is now studying business and may become part of the Winston’s team, both on the business side and learning gas line installation.

It may be too early to see if the torch gets passed at the company, but Hall’s son is learning the business very much like his father did. And now dad can also pass on the lessons about corporate culture and business development he’s learned in the last seven years.

“It makes it easier for us to run a company when we have happier employees that understand a career path,” Hall says. “People don’t quit a company; they will leave a bad manager.” 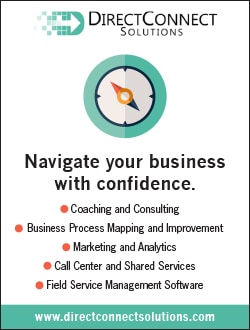 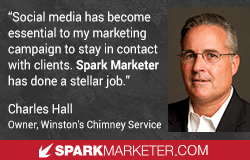