The police building in Mooresville, North Carolina, had plenty of space in 2001 when it was built, comfortably housing its staff of 50. Now more than double that number cram into the offices each day—but not for much longer.

The new police headquarters are a necessary upgrade, says Christopher Wyckoff, director of facilities for the town. At 50,000 square feet, more than double the size of the original station, the new facility will easily hold the current staff of 110, plus the additional hires expected over 20 years. 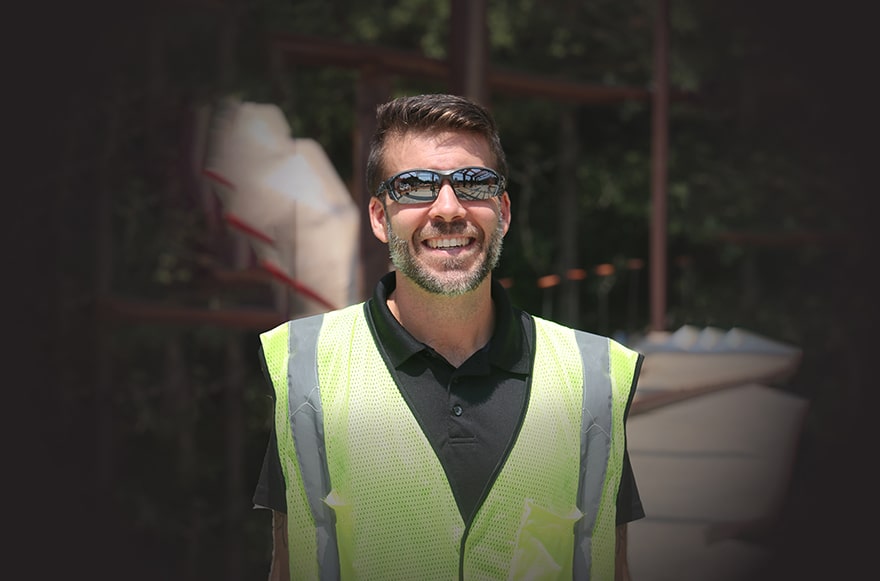 Police aren’t the only ones getting more elbow room, either. With the town experiencing rapid growth, Mooresville firefighters will get a 12,000-square-foot fire station and a 13,800-square-foot training center. A fleet maintenance building will be expanded by 3,300 square feet, as well.

All the projects will be funded with $46.5 million limited obligation bonds from local government commissions.

“Our facilities department doesn’t serve the citizens directly,” Wyckoff explains. “We help serve all the departments and many of the government-funded branches, like police and fire, so Mooresville can reach its full potential.”

The largest chunk of funding—just over $20 million—has been allotted to the construction of the police headquarters. In addition to having more office space, the facility will have 37 more parking spots, a green space, a fitness facility, a community gathering room and a real-time crime center, which continually updates everyone from officers to detectives on current events.

Similarly, the new fire station caters to the physical and mental health of those inside it, especially those spending nights. Apart from decontamination areas, it will have tons of natural light and decompression areas, including commercial kitchens (for delicious chili) and rec areas with furniture built for wear and tear and large screen TVs. 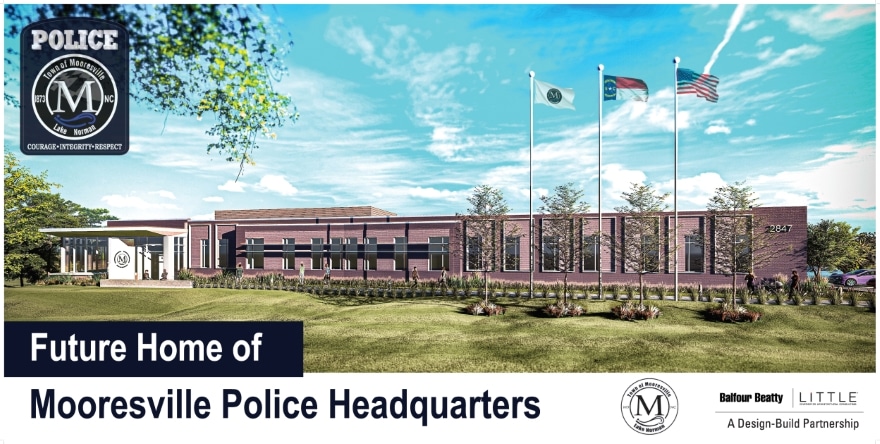 Both stations, in addition to being larger and better equipped, will also be more centrally located, with the police headquarters closer to the west side of town and thus allowing for a faster response time for those residents.

“Like the police station, we carefully considered the location of the new Fire Station 6 and decided on the rapidly growing East side of Mooresville town,” Wyckoff says.

Despite COVID-19 pandemic challenges, quarantine mandates brought an unexpected advantage, Wyckoff says. Meetings over video chat platforms allowed for file sharing—either holding up blueprints and plans to the camera or sending them digitally—making it easy to exchange ideas, especially in the design phase, he says.

Virtual meetings simplified scheduling, too, since participants weren’t driving to physical locations, he says. Plus, staff could review documents and blueprints in real time—and make changes to them as people voiced their opinions, concerns and suggestions for improvement, like where to house the electrical components of a building. This generally cut three-hour meetings down to one hour, Wyckoff says. 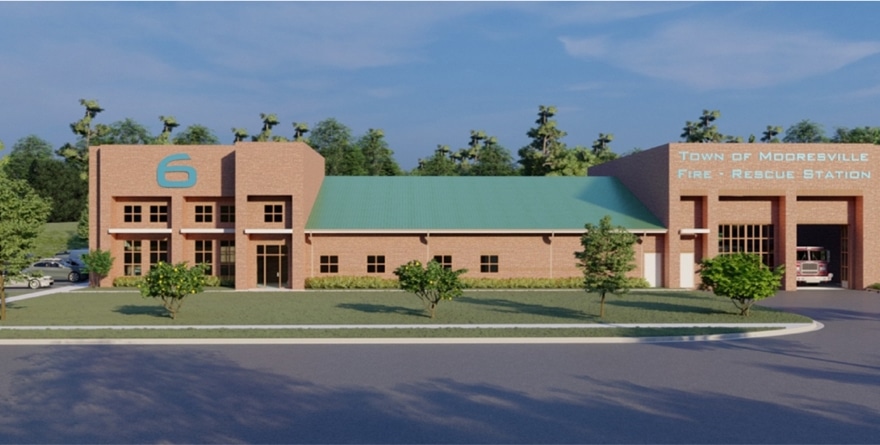 “Working collaboratively is important, like speaking with police officers to understand what they need in terms of office space, parking and even IT,” Wyckoff explains.

That translates to fewer last-minute adjustments, which saves the town and its residents time and money, he says. All projects are slated to be completed by Summer 2022, as originally planned, and the fleet maintenance expansion is on track to be completed by September as per the pre-COVID-19 plan.

From wires to fire hoses

Despite the price tag of the new facilities and the recent doubling of Mooresville’s population, the town hasn’t raised taxes in 14 years. As Wyckoff explains, “we worked hard, while keeping costs low, despite the pandemic. Because of that, we’re coming in on time and under budget for all four projects.”

However, it’s not all about putting up new buildings. As director since 2018, Wyckoff guides his department in handling the day-to-day maintenance of HVAC systems on 500,000 square feet of occupied space. Many of them had to be modified or replaced during the pandemic. 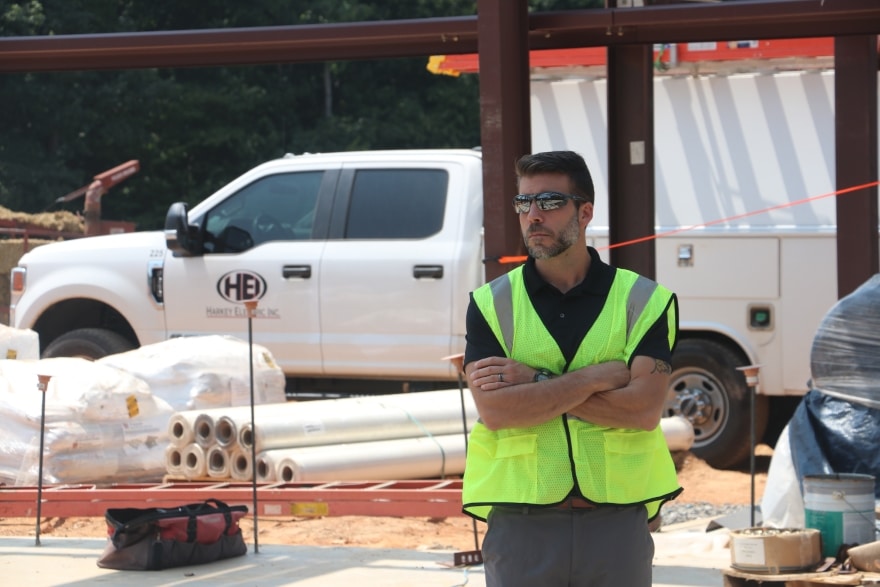 Wyckoff also oversees the expansion to the maintenance center, which currently holds 500 fleet vehicles, ranging from fire and trash trucks to street sweepers. The expansion will help with that responsibility, adding work bay space for 600 small engine equipment items like weed eaters, tractors and riding mowers.

The new space will also have a dedicated spot for a small engine repair mechanic, as well as additional heavy-duty workspace to handle everything from oil changes to major engine repairs.

“The goal,” Wyckoff says, “is to decrease turn-around time to help everyone get on the road and be able to do their jobs.”

Wyckoff may be leading construction projects now, but he’s known his way around a hammer and a piece of plywood since he was a teenager. He spent his free time working for residential contractors, building decks and remodeling kitchens.

As he grew, he wanted to share his knowledge, so he earned his Masters in Educational Leadership and Administration from West Virginia University and the University of Phoenix. Degree in hand, he began working with Virginia school systems as a building, trades and construction teacher. 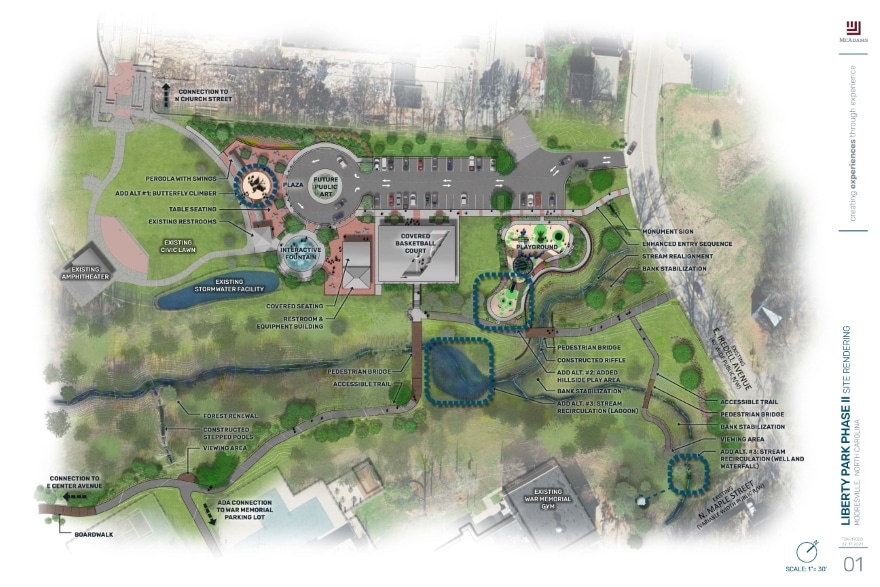 Although he enjoyed the outdoors, he began looking for a change to the busy lifestyle in Northern Virginia and Washington. D.C. So, when his wife was offered a position in Mooresville, North Carolina, he, his wife and his two daughters took a chance and moved. Serendipitously, a “perfect opening” appeared for Wyckoff, and he took it.

“Three of the most important reasons I’m so dedicated to my work are my wife and daughters,” Wyckoff says. “Every improvement I help bring to Mooresville not only helps the residents but positively impacts me and my family.”

categories: Building for the Future, Institutional 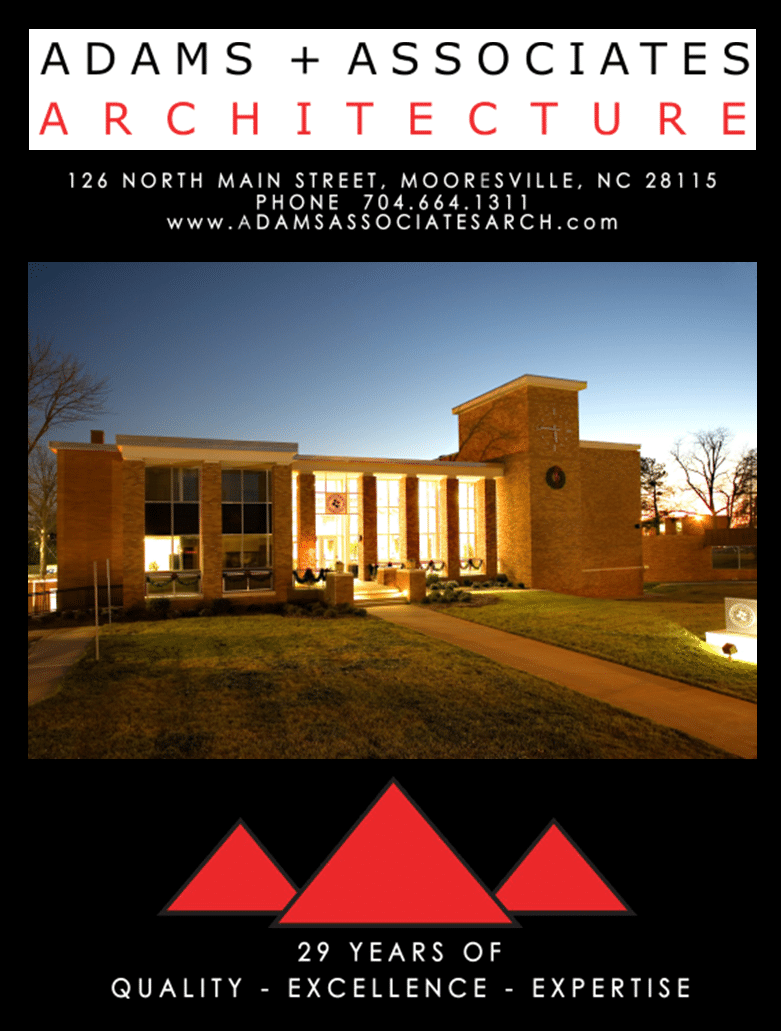 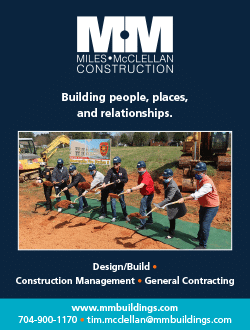