Christopher Lee says he loves working for a place where he knows his contributions are creating a lasting impact and positive foundation for people.

At the Lucile Packard Children’s Hospital in Palo Alto—part of Stanford Children’s Health—Lee is doing just that. As the hospital’s director of information systems, construction and implementations, he helped guide a recent tower expansion to completion; spearheaded new hematology and oncology cancer units earlier this year; and has undertaken a variety of projects to double the hospital’s bed count. 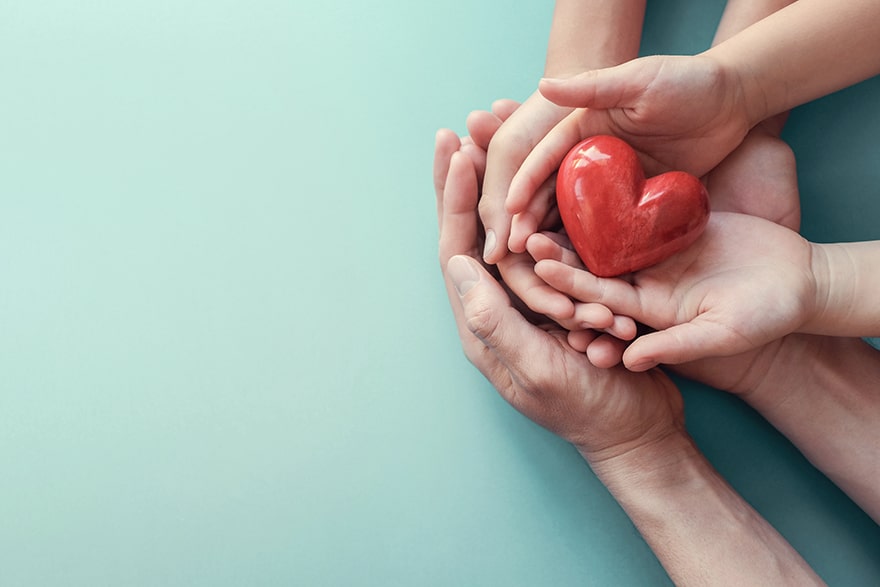 For example, expanding the hospital’s hybrid surgical suites—complete with advanced imaging and diagnostic platforms—allows surgeons to carry out procedures with scanning to increase precision. There’s also increased technology in rooms, and patients and their families can access a 3.5 acre healing garden with outdoor play spaces.

“It offers me such a great sense of accomplishment to work toward changing the outcome for kids,” says Lee. “They have their whole life ahead of them.”

Opened in 1991, the Lucile Packard Children’s Hospital is one of the country’s most technologically advanced for children and pregnant women, ranking in the Top 10 of U.S. News and World Report’s annual list.

Gaining distinction for its work in neonatology, pulmonology, diabetes and endocrinology, the hospital handles more than 525,000 outpatient visits annually. It’s also one of two children’s hospitals in the country to earn a LEED Platinum certified distinction—the highest designation for sustainability in a green building certification program. 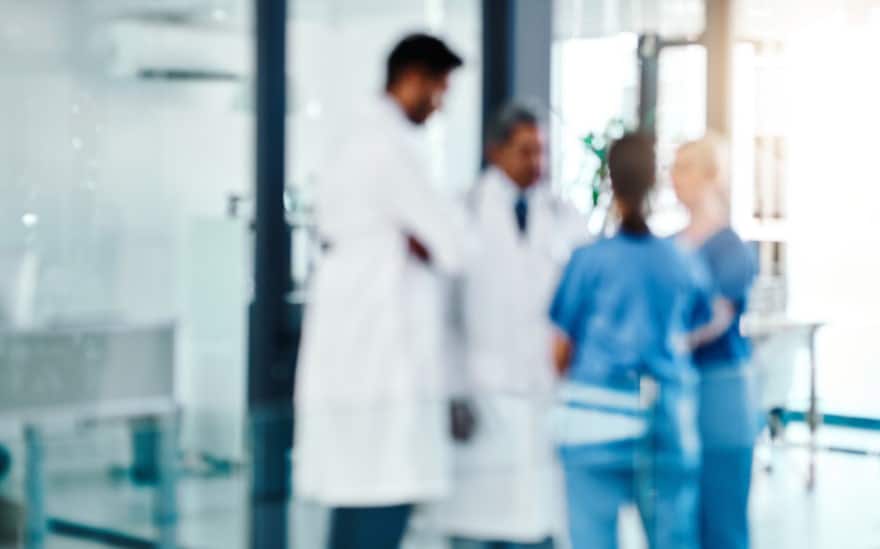 In 2018, under Lee’s oversight, the hospital built a 521,000-square-foot tower expansion to the main building. Adding 149 new beds—including 72 in the ICU and 77 in the medical surgical area—the hospital now has a total of 397 beds.

Further upgrades for patients include integrated patient rooms with 55-inch TVs and other amenities such as additional sleeping accommodations, lounges, laundry, kitchens, and an iPad and video gaming system in each room.

From a technology standpoint, rooms are also equipped with real-time locating sensors (RTLS) for the care teams, which display information like an employee’s name, or flash the attendant’s name on a screen when they walk into the room, double-checking that they are supposed to be in the room, enhancing safety. Health care workers also have access to cart-based computers which they can use to update charts and other documents.

One good thing leads to another

These units followed construction of a new 18,000-square-foot heart center on the first floor—doubling its size—in December of 2019. Now there are 14 exam rooms and seven echocardiogram machines, complete with televisions in examination spaces, to help distract younger patients from the procedures. 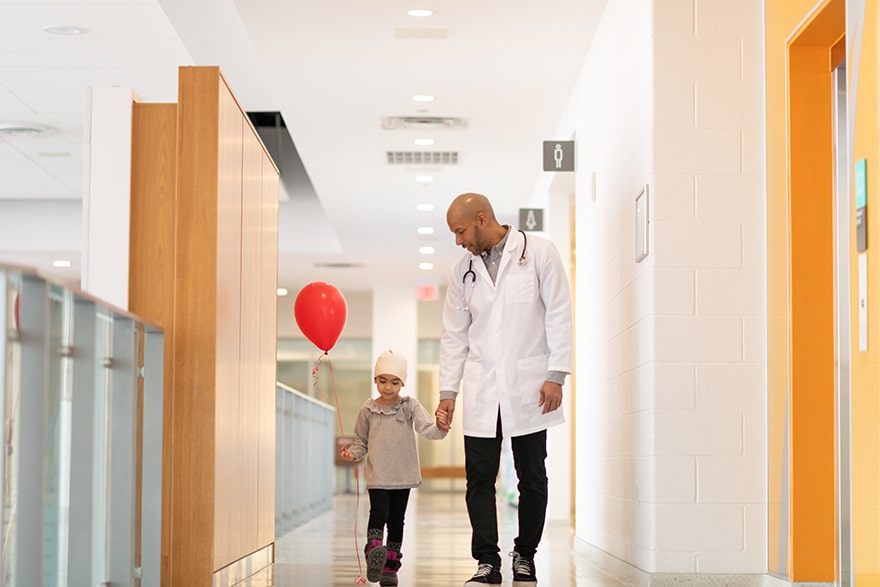 Following a successful wave of projects, the hospital began pursuing additional developments, including a new 65,000-square-foot hematology and oncology cancer unit and a stem cell transplant unit on level 5 of the main building.

“Both are twice as large as the units they replaced and have more amenities for families of patients,” Lee says.

Playing a part in Stanford Children’s hospital projects since 2004 is CDW, a multi-brand technology solutions provider to business, government, education and health care customers in the U.S., U.K. and Canada.

Founded in 1984, the Illinois-based Fortune 500 company employs 10,000 people and offers a broad array of offerings including hardware and software, networking and integrated IT solutions (such as security, cloud, data center). 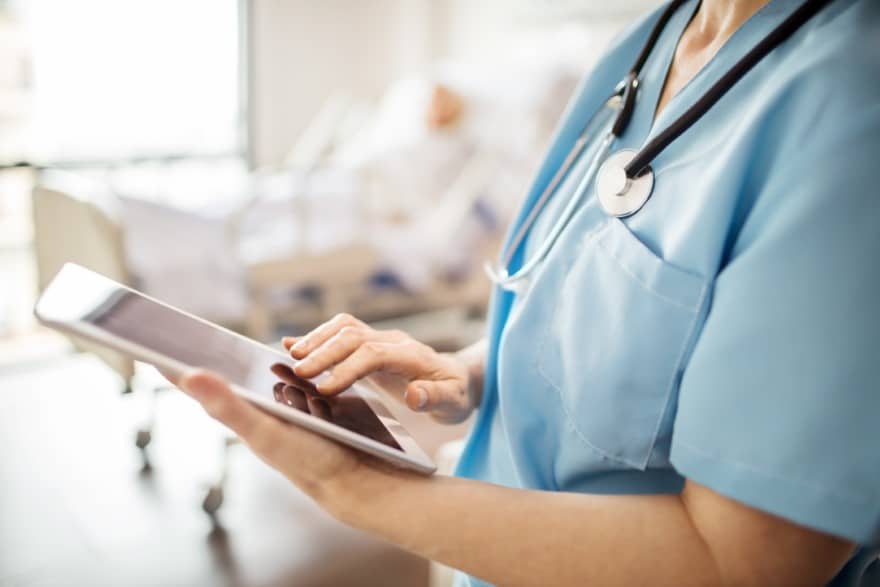 “Last year I was lucky enough to get a personal tour of Stanford Children’s Hospital by Christopher,” Pesche says. “Technology is seamlessly integrated within the hospital in such a thoughtful way, and with the children’s perspective in mind. Witnessing the pride of the hospital staff with the patients and their families gave me a higher purpose for the work we do together.”

Seeing these projects come to fruition is rewarding for Lee, who entered the health care field in Los Angeles in 2006. Since joining the hospital almost five years ago—just as the superstructure went up with glass on the outside of the building—Lee marvels at the whirlwind of projects he’s helped oversee and the top-to-bottom approach they required.

“To see that go from the beginning stages to completion is amazing,” Lee says. “It’s one thing to be in an adult hospital where you’re trying to make people comfortable at end of life. Children have so much to live for.” 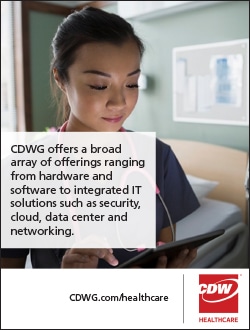