Seafront condominiums don’t often win plaudits for creativity. Functionality, for sure; after all, they tend to be big-box, even bland buildings packing in as many units as possible, each with pricy views of the ocean. Then again, few of those buildings were designed by the late Charles Moore.

For it was Moore who designed a very notable condo on California’s northern shore in the mid-1960s. The 10-unit structure overlooks the pounding Pacific from a rocky cliff in the unincorporated community of The Sea Ranch in Sonoma County, its sloped roof seemingly blown upward by sea winds, and its design borrowed from the kind of barn one may have read about in a Steinbeck novel. From the outset, it’s been deemed one of the most significant architectural designs of the 1960s, and over 40 years ago, a wide-eyed, precocious 11-year-old Christopher Toddy concurred with that praise. 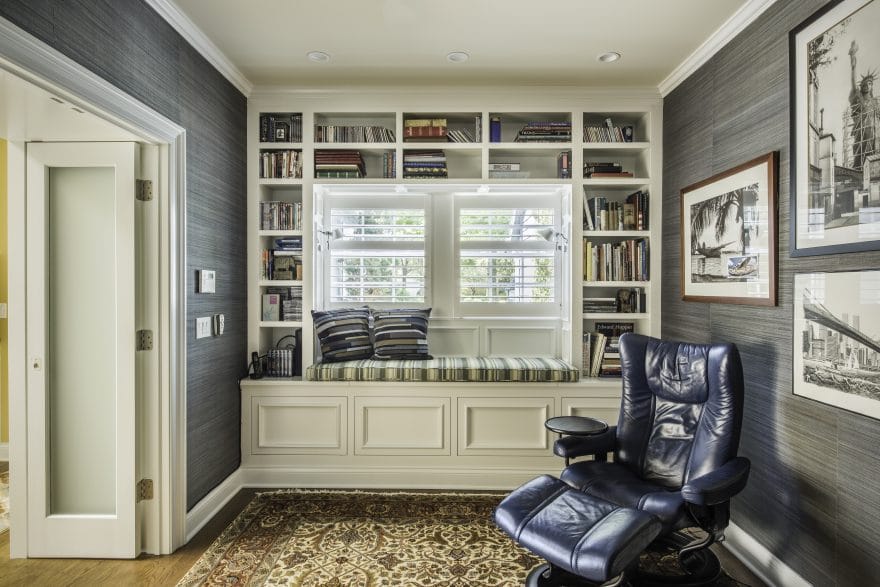 Now in the prime of his career as head of a small but ambitious Cleveland firm, Christopher @ Architects LLC, the middle-aged Toddy still remembers being awed by the structure when seeing it through sheer happenstance while on a summer geology class trip throughout the West. Fascinated with national parks at the time, Toddy’s interests turned to architecture. While his projects may not be as conspicuously dramatic as The Sea Ranch, he will always be indebted to Moore for setting off the spark that continues to fire his passion for progressive design.

“He continues to inspire me, not in style but in care,” says Toddy, who was fortunate enough to take graduate courses under Moore at the University of Texas at Austin after earning his Bachelor’s degree at Notre Dame.

“Moore was a modernist who could poke fun at the style while still respecting it. Whimsy captured his character, but he put love into a building, and that’s what makes a difference. I try to put love—and care—into my buildings.”

As a deadline looms

Acting locally, while thinking globally, Toddy serves as vice chair of the Cleveland 2030 District, part of a growing nationwide effort to encourage environmentally friendly building practices as a way to mitigate climate change. It’s a subgroup of Architecture 2030, and is fronted by 77-year-old Ed Mazria, who cites scientific studies that point to irreversible climate change in 13 years, lest stringent anti-global warming steps be taken in the interim.

The spry retiree and former University of New Mexico instructor is working with cities to reduce emissions by at least 80 percent come 2050, and has able and enthusiastic advocates in Cleveland Mayor Frank Jackson as well as in Toddy, who notes that with modern technology, architecture’s lasting effect can go way beyond simple aesthetics.

“Over 50 percent of energy usage comes from the construction and operation of buildings,” Toddy tells Blueprint in the latter half of July,  when the sultry Ohio summer has HVAC systems humming, especially in the urban areas of Cleveland, Columbus and Cincinnati. “As architects, we’ve taken up the challenge to make a difference in climate change.”

As far as climate change skeptics are concerned, Toddy reminds that even if the sky is not falling, green architecture and engineering are simply good business. After all, who wouldn’t want lower heating and cooling bills and water efficiency?

Saving the planet probably wasn’t foremost on the minds of the people who operate Orthopedic Sports Medicine of Northern Indiana, but they still appreciate the energy efficiency—and visual appeal—of the buildings that Toddy’s firm has designed for them. 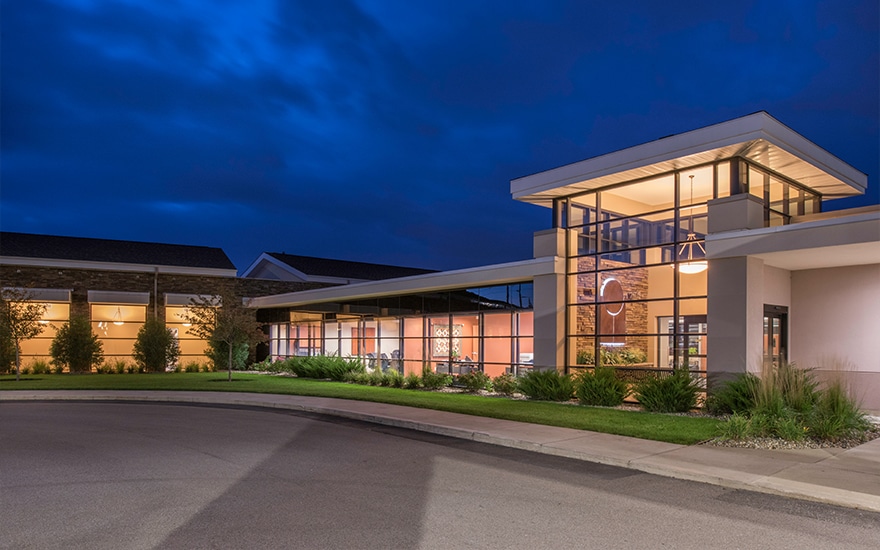 A Christopher @ Architects client for 17 years—almost as long as the firm has been in business—the outpatient clinic initially entrusted Toddy to renovate an existing Elkhart facility, giving it a distinctive image in the process, to boost brand awareness. The result was an impressive headquarters that includes an outpatient surgery center, advanced MRI unit and fully equipped and staffed physical therapy center. And all of that with low operating costs as a result of smart design and engineering.

But even such a one-stop operation can’t serve more than a limited segment of the upper Midwest. Patients in need of such therapy, be they athletes on the mend or factory workers injured on the job, don’t want to drive an hour or more if their back or knee is throbbing. So the orthopedic clinic commissioned Christopher @ Architects for satellites in Goshen, Middlebury and Nappanee.

While not LEED certified, all the clinics utilize the same principles of a tight building envelope, energy efficiency and recyclable materials. The same holds true for other buildings—everything from senior living to auto dealerships to industrial and residential developments—that Christopher @ Architects has designed in Ohio and Indiana, as well as Michigan, Pennsylvania and Western New York.

Once derided as the “mistake by the lake,” Cleveland has long since become a heartland jewel, one whose charms became more widely known last fall during telecasts of the World Series between the hometown Indians and Chicago Cubs.

Sure, the Indians lost, but with between-innings footage of the attractive lakefront and sparkling downtown, Cleveland may have won something far more enduring—a better reputation—than the one-year right to champion its baseball team.

But many folks, including Mayor Jackson, can’t help but remember a grimmer period, especially 1969, when the chemical-saturated Cuyahoga River actually caught fire. In 2009, the progressive mayor used the 40th anniversary of that manmade disaster as motivation to guide the city on a more environmentally progressive path, assembling a summit of 700 local folks—including Toddy—for a decade-long municipal journey to address a critical sustainability issue each year. As an outgrowth of the mayor’s 2009 initiative, one of its workgroups formed the Cleveland 2030 District, modelled on Seattle’s 2030 Challenge. Some 18 cities have since undertaken the challenge, with dozens more in the conversation. 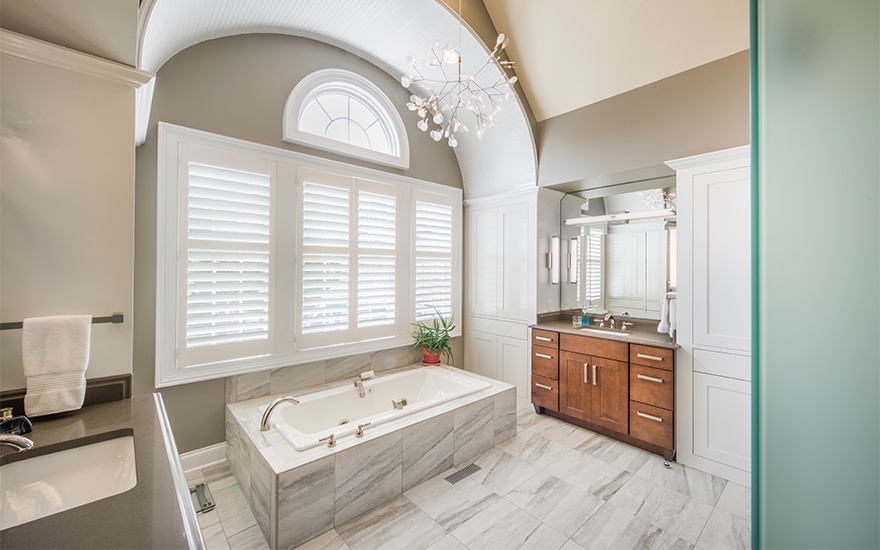 With Toddy’s role in Cleveland 2030, developers are encouraged to focus on high-performance building practices. There’s no mandate, but individual buildings have specific opportunities for energy reduction, and a districtwide approach provides a realistic, measurable and innovative model for other communities to reduce emissions and impacts.

While the work has scarcely begun, he finds it encouraging that the goals have been embraced by so many communities, and how that could unleash so many solutions, with his profession at the forefront.

“Architecture is the balance of the left and the right brain,” says Toddy, who proved his logical creds while teaching structural engineering as a young man. “It’s as much science as it is art, and between the two, we should be able to accomplish most anything.”

Such an approach might even inspire others, the way Moore inspired Toddy so many years ago. 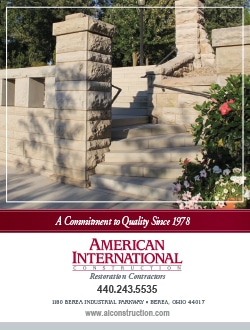