When Chris O’Higgins showed up for the grand opening of Jefferson Healthcare’s new dental clinic on June 18, he expected to see the usual suspects: team members, company executives, a few contractors, maybe a local reporter or two.

Instead, nearly 80 people—including many local residents—turned out to celebrate the new facility, the first in Washington State to offer dental services under a hospital licensure. 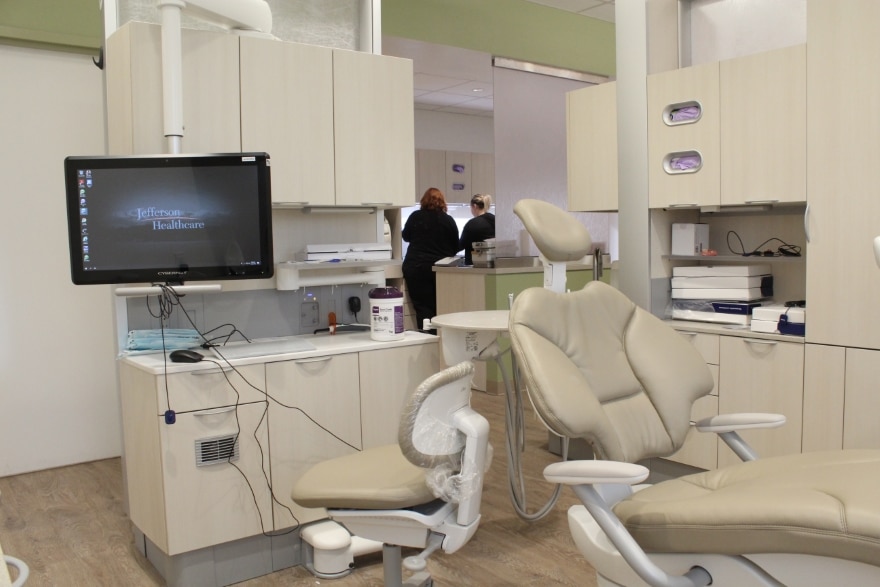 By the time the ribbon was cut later that morning, 350 people had already requested appointments.

“Seeing that many people, you realize just how big of an impact the clinic will have,” says O’Higgins, Jefferson Healthcare’s director of facilities management. “There’s a real need here for medical services. It’s our job to create the space to meet that need.”

Stepping up to the plate

Geography and demographics play a big role in that need. Located in Washington’s Olympic region, two hours northwest of Seattle, Jefferson Healthcare is the primary provider of health care for the eponymous County.

O’Higgins and the team didn’t have to look far for the right space. For years, the organization had been leasing a building across the street from its flagship Jefferson Healthcare Medical Center, a 25-bed hospital located in Port Townsend. After relocating one of the building’s tenants, O’Higgins and his team were left with a 2,500-square-foot space.

“We told the architects, we have to use the space we have,” O’Higgins recalls. “There were times when I wasn’t sure if it would be enough. But that’s why you get the right people on the job.”

Thanks to a $1 million budget appropriation from the state, O’Higgins and the construction team were able to create a “state of the art” clinic.

In addition to six brand new operatory chairs, the clinic includes an x-ray imaging unit that works on four of the six chairs. During checkups, patients will experience cutting-edge tools like Air-Flow, a dental hygiene tool that uses a combination of air and water pressure to clean teeth. 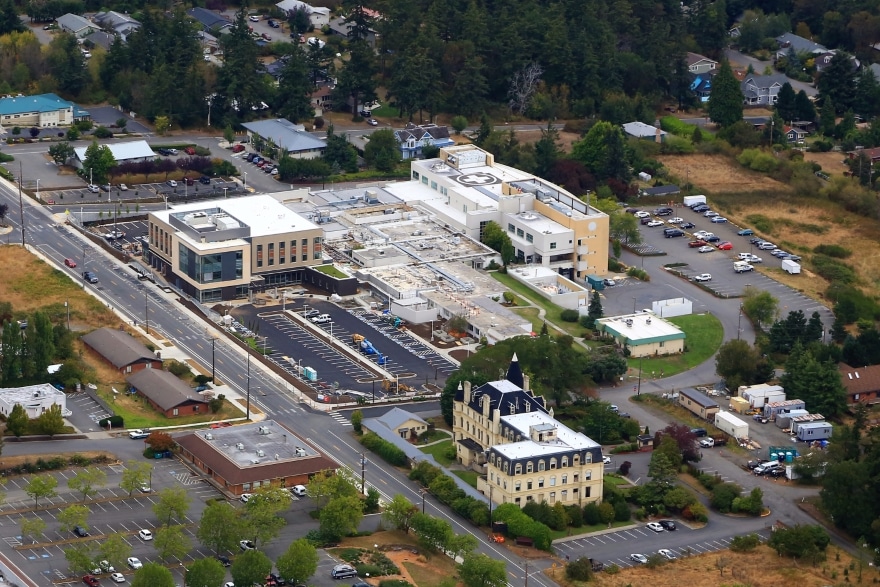 The space, too, got a full-on facelift, including LED lighting with advanced controls and a new ventilation system. In the lobby, light blue walls—sponge painted to look like gently cloudy skies—give the room a relaxed feel, with dark blue weave patterned carpet and tone-matching chairs creating a sense of calm.

“I actually had to shame my own dentist the other day about how much better our office looks,” O’Higgins says with a laugh. “No one really enjoys going to the dentist, so you do everything possible to make the experience comfortable. And I think we’ve achieved that.”

But while the new dental clinic is already proving a boon for the surrounding community, it’s not the only game-changing project the facilities group has helped spearhead.

In the past, residents of nearby Port Ludlow—20 miles south of Jefferson Healthcare headquarters—would have to drive 15 minutes or more just to fill their prescriptions. Opened in early July, the organization’s new retail pharmacy, located in a briefly defunct clinic, aims to address that need.

Because the project was being conducted alongside the dental clinic build, giving him and his team access to subcontractor resources, O’Higgins relied on Aaron Vallat, the construction and planning manager for Jefferson Healthcare, to bring together a small dedicated team of carpenters, painters, a plumber and electrician who are all part of facilities, to handle the major work: relocating walls and infrastructure to be more retail friendly, adding in a full split unit system to supply heating and cooling, moving a data closet and so on.

“There were times when leadership would come in sweating, worrying we wouldn’t have it ready in time,” O’Higgins recalls. “But we got it done. That’s one of the things I love about working here: People pull together to get the job done.”

And there are plenty of jobs to be done.

There are the expanded dermatology and cardiac wings at Jefferson Healthcare Medical Center, completed in 2018. Back in 2015-2016, the construction of an emergency specialty services building was completed—a three-story, 50,000-square-foot project that now houses outpatient services ranging from oncology to orthopedics and wound care.

And there’s more to come. Earlier this year, O’Higgins was part of the team that hired an architecture firm to develop Jefferson Healthcare’s 20-year master site plan. Next on the docket: refurbishing all 25 of the flagship hospital’s rooms and replacing the facility’s boilers, steam generators and HVAC systems.

Since joining the organization in 2016, 14 years after entering the health care space, O’Higgins has come to see his facilities department as an extension of the doctors and nurses: visible, approachable, forever working to ensure the health and viability of some of the most important bones and muscles of all—the buildings themselves.

“The wonderful thing about this organization is that I’ve never been turned down if I demonstrate a real need, whether it’s equipment or infrastructure,” O’Higgins says. “For a relatively small organization, that’s no small thing. But it has a big impact on the community. And I’ve never felt the sense of community that I feel here.” 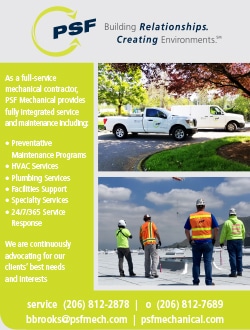