Making the place work for the workplace

This spring, the company moved into a new 100,000-square-foot headquarters south of San Francisco in Brisbane, California. In converting the five-story office building, Sangamo becomes part of the cluster of biotech companies between San Francisco and San Jose, offering a showcase for what it does as employees enjoy views of the bay. Most employees, that is, because the original Sangamo headquarters to the northeast in Richmond remains the base for most of the company’s research and development into the human genome.

“What made this particularly challenging was the building was not designed to be anything but an office building,” Sangamo Senior Director of Facilities Chris Holman says. “We took it over as a warm shell, tore out pretty much all the mechanical and electrical systems and started over.” The conversion began below ground as Sangamo’s Facilities and Manufacturing teams worked with Dome Construction, turning a parking garage into a warehouse and utilities support area, despite it having lower ceilings than normal working areas.

Above ground, in what Holman says is “just a sea of glass,” the teams converted the first floor office into a glass enclosed, state-of-the-art manufacturing space.

“You come in the lobby, turn a corner and you’re at the core,” Holman says.

Above the manufacturing space are two floors of offices, with a dramatic touch on the bay side because an atrium cascades down to common seating in a meeting area creating what Holman calls an “auditorium in the open.”

Above the offices are two floors of quality control, process development, and research and development labs, where intricate equipment, shoehorned into former office spaces challenged the design and construction teams, Holman said.

“It is a beautiful building and a wonderful project,” Holman concludes, but Sangamo, founded in 1995, has not moved all its operations from Richmond. The company’s research and development teams will continue their work at that site.

As the seagull flies, Richmond is diagonally across San Francisco Bay to the northeast, above Berkeley. But seagulls don’t drive through Bay Area traffic, and Holman says the buildings are a minimum of 60 minutes away by car.

“That has meant a big change in our corporate culture and working habits,” he says, as many meetings are now linked by Zoom video. Sangamo offers shuttle rides between the buildings, as well as allowances for staff affected by added travel time. It’s recruiting on the peninsula area to fill new jobs.

Up to the task

Working on what Holman calls “the edge of science,” Sangamo delves into the very essence of existence, the human genome, and develops treatments and therapies for genetic conditions by changing the structure of DNA.

Sangamo has an investigational gene therapy to fight hemophilia A, a rare bleeding disorder, caused by a deficiency of clotting factor VIII protein, in which blood does not clot or stop bleeding when blood vessels are injured. SB-525 is a gene therapy that uses an AAV vector to deliver a new therapeutic copy of the factor VIII gene to the patient’s liver cells. It is designed to enable the liver to produce and secrete functionally active Factor VIII protein into the bloodstream. 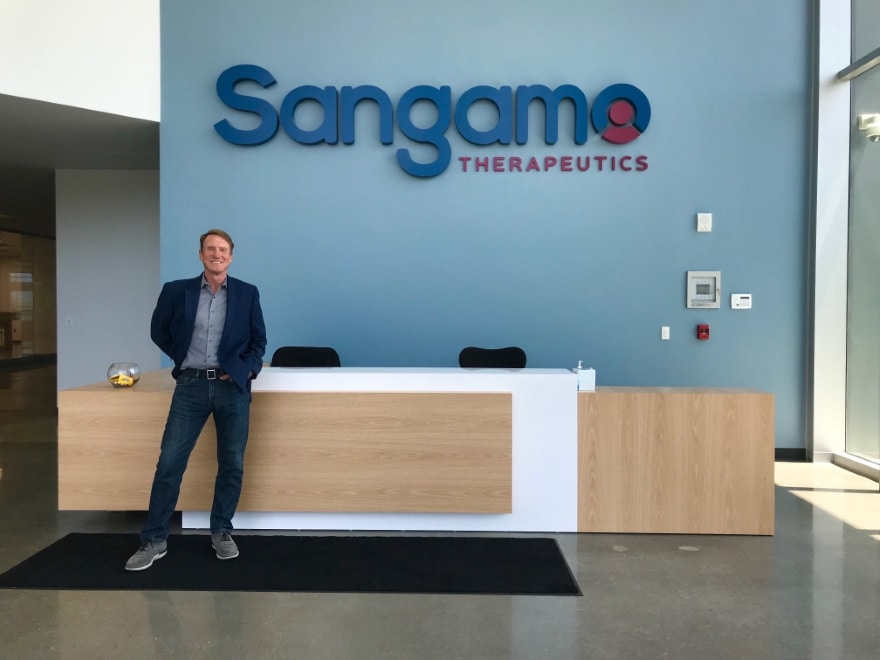 With more than 20 years in the biotech industry, Holman prefers the word “workplace” to “facilities,” but no matter how it is phrased, he likes all the facets involved from leasing, construction, and relocations, to asset management. Whether deciding how to furnish a space or how it should be built, the variety drives him.

Holman said the company’s plans for a new headquarters were a lure when he was recruited to the firm in 2017.

“The expectations are high in getting it right, and there are very aggressive timelines in these high-growth environments,” he says.

A native of Scotland, Holman worked onshore in the oil industry there, but says his urge to travel brought him to the U.S. in 1989, where he later began working at Cell Genesys before an eight-year stint with Connetics Corp, then MedImmune, in the Bay Area. He has a bachelor’s degree in general science from the Open University in Milton Keynes in England, a graduate certificate from the University of California Berkeley Extension, and a master’s from the University of San Francisco. The graduate work is in teaching English as a second language; Holman has spent more than three years assisting refugee families and taught for a month in Ecuador in 2012.

Holman makes no pretense of understanding all the arcane science of Sangamo’s work, and he is fine with leaving the maintenance of sophisticated lab equipment to outside experts because of the skill involved.

Over two years he has built a facilities team of high-performing and driven professionals from scratch, accelerating hiring as the Brisbane site neared completion.

“The fact that I am rubbing shoulders with people who are the experts in the field in their work is a huge draw,” he says. “What the company is doing is hopefully bringing cures to the sick. In my small way, perhaps I have contributed.” 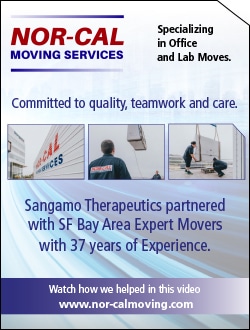 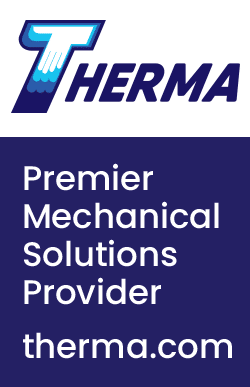 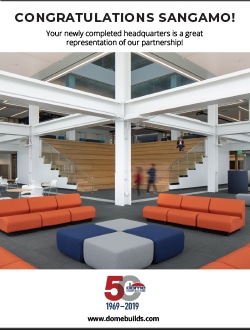