While the COVID-19 pandemic has made people worry about their physical health, it’s also highlighted the importance of caring for mental wellbeing.

With people stuck at home, cut off from friends and family, and sometimes their jobs, four in 10 adults have reported symptoms of anxiety or depression during the pandemic, compared to one in 10 in 2019, according to the Kaiser Family Foundation. 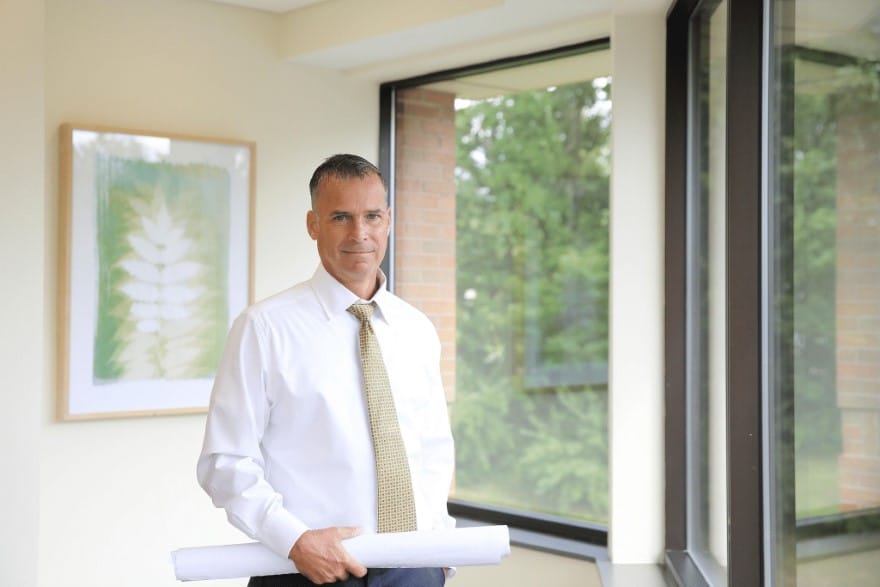 Through expansions and additional telehealth services, Riverside Community Care is providing resources and support to people who are struggling. Making this possible behind-the-scenes is Chris Burke, the organization’s vice president of real estate and facilities services.

“We’re growing pretty rapidly because there’s a large demand for behavioral health care services,” he says. “I love the mission of what we do here because we’re really helping a substantial amount of people.”

Over the past year and a half, Burke has been working on renovations and building upgrades. He says in addition to the age of the buildings, the projects were made challenging by the pandemic and the delay of materials, as well as their increased cost.

Despite this, he and his team have completed two much needed renovations, mostly involving structural and cosmetic upgrades, he says. The first was at the Scott M. Bock Behavioral Healthcare & Family Services Center in Somerville, which is named for the organization’s founder who died in August, almost a year after the renovations were completed. 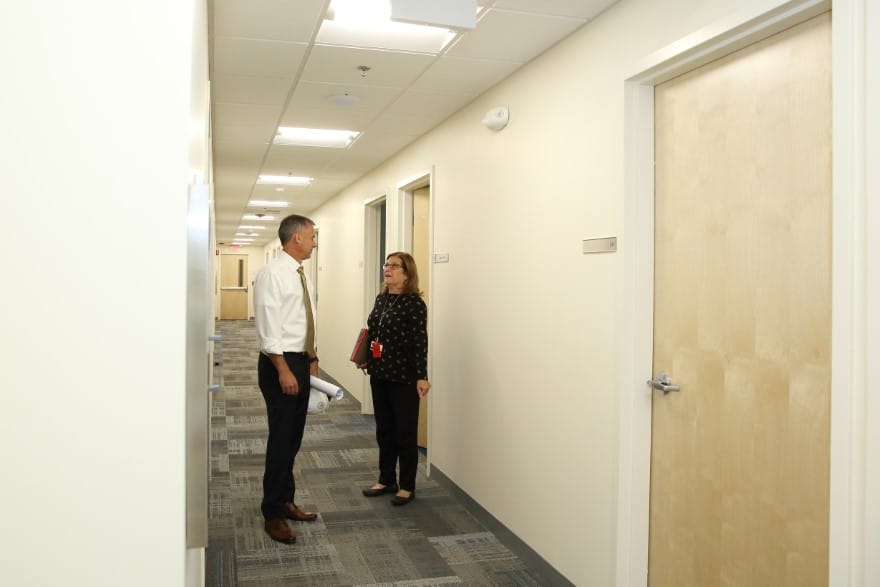 The 30,000-square-foot building, which was built in 1927, was acquired by Riverside when it merged with the Somerville Home in 2019. According to Burke, it had been used as a senior care facility and had “a ton of deferred maintenance.” Renovations were finished in September 2020 after a year of work.

More recently, Burke finished renovations at the Riverside Behavioral Healthcare Center, a new location it opened in Milford. The organization purchased the building three years ago and, after raising more than $1 million, began renovations in late 2020. Burke and his team finished renovating the 16,000-square-foot building, which was built in 1989, in April 2021.

The building houses therapy and treatment services for children, teenagers and adults with depression, anxiety and substance use disorder. It replaces a facility that was half the size. While Riverside Community Care has experienced some expansion, Burke says the pandemic has showed the organization it can connect with patients in other ways, as well.

“We recognize that we can continue utilizing telehealth and expand our services without expanding our physical footprint,” he says.

While telehealth has been crucial over the past year and a half, connecting with the community in unique ways pre-dates the pandemic, Burke says.

Riverside Community Care operates a program called MindWise Innovations, which provides mental health services, consultant services, training, and crisis response services to schools and workplaces. Over 3,600 organizations in 20 countries have worked with MindWise Innovations, including Harvard University, the Massachusetts Department of Public Health and the State of Utah.

“I think it’s great that Turner Construction recognizes the need for strong behavioral health care,” Burke says. “I hope more construction professionals recognize the importance of supporting the mental health of their employees since it keeps them safe and healthy, while simultaneously promoting productivity.” 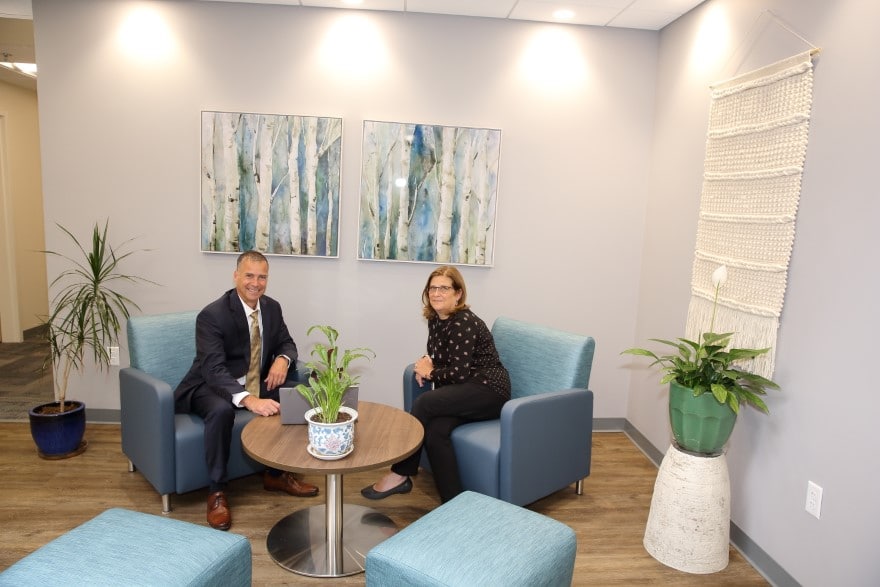 In 2020, MindWise was awarded a Brandon Hall Award for Behavioral Healthcare Work for its work with Turner. According to a press release on the MindWise website, it won the award for “igniting systemic change in the construction industry.”

“In construction, there’s always an emphasis on physical safety, so it’s heartening to see a large company like Turner prioritize mental health,” he says.

Prior to working at Riverside Community Care, Burke didn’t think too much about mental health. He started his career as a licensed electrician before working at Dell EMC for 14 years as a project manager. After tiring of the corporate world, he became an owner and president of a grassroots contracting company where the former CEO of Riverside Community Care was a customer. After hitting it off, the CEO offered Burke a job.

Throughout his 15 years with the organization, Burke has learned about the importance of mental health care and about how nonprofits operate.

“I love the energy around trying to help people,” he says. 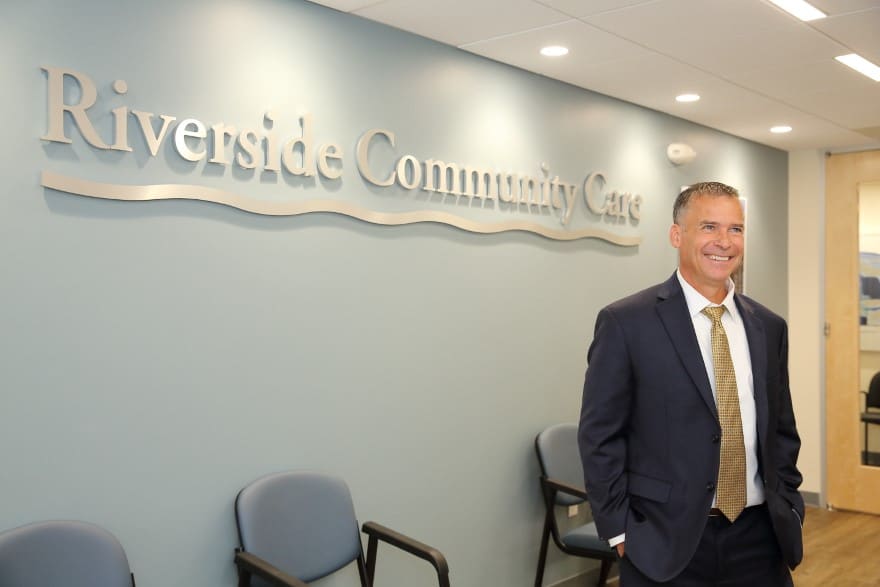 He oversees 68 buildings—a mix of commercial facilities and group living environments—that operate 24/7 every day of the year. Burke says he enjoys contributing to the organization’s mission by doing what he loves.

“Facilities play a major role in any organization’s success, from a daily operations perspective to a strategic planning one,” he says. “Being a VP allows me to be involved in every aspect of this.” 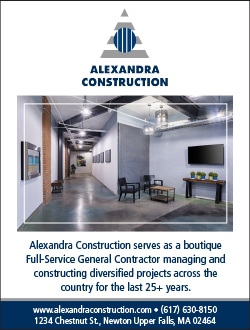 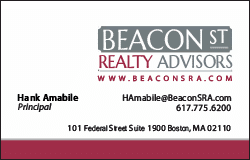 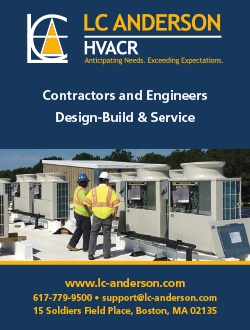