Signed, sealed and delivered in the Carolinas, COVID or not

While Jon Wilson found his love of construction early on in his career, 14 years ago this Wisconsin native was looking for a change of scenery. When someone mentioned the word “lake” in reference to North Carolina, that’s all he had to hear.

Bags packed, in 2006 Wilson and his family headed south, where he took a construction management position at Charlotte, North Carolina-based Childress Klein, one of the largest private, full-service real estate companies in the Southeast. 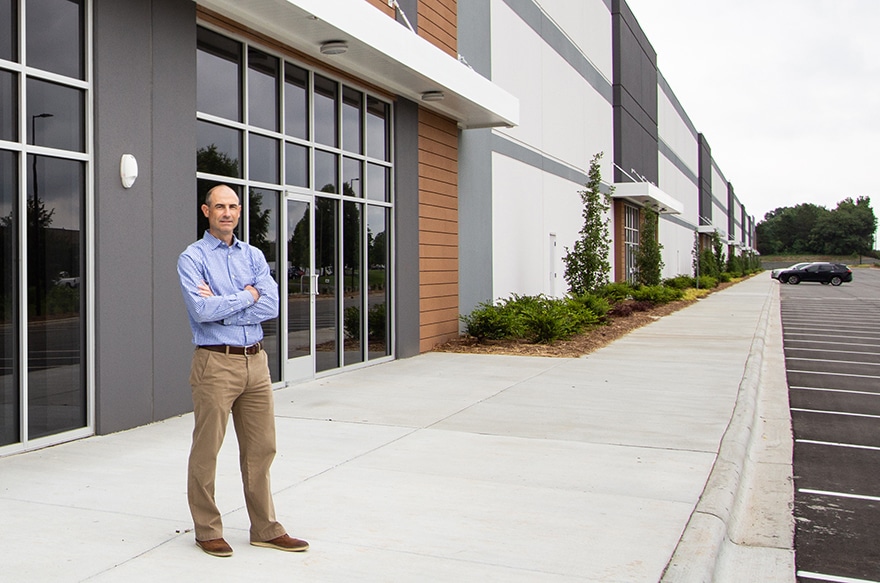 Despite complications from the COVID-19 pandemic, construction is busier than ever. Taking the necessary precautions to keep workers safe and healthy, Wilson says CK has weathered the storm, recently finishing three industrial warehouses—which he calls the company’s “bread and butter.”

Founded in 1988, the company has established a well-earned reputation for building high-rises, dynamic mixed-use developments, and multifamily properties across the Southeast.

Wilson became involved in the industrial market of the company which focuses on the development of multiple-sized industrial buildings for lease. Most recently, his team completed a 364,000-square-foot distribution center in Charleston, South Carolina. It’s CK’s fifth building on a 335-acre complex that the firm first started working on in 2007. 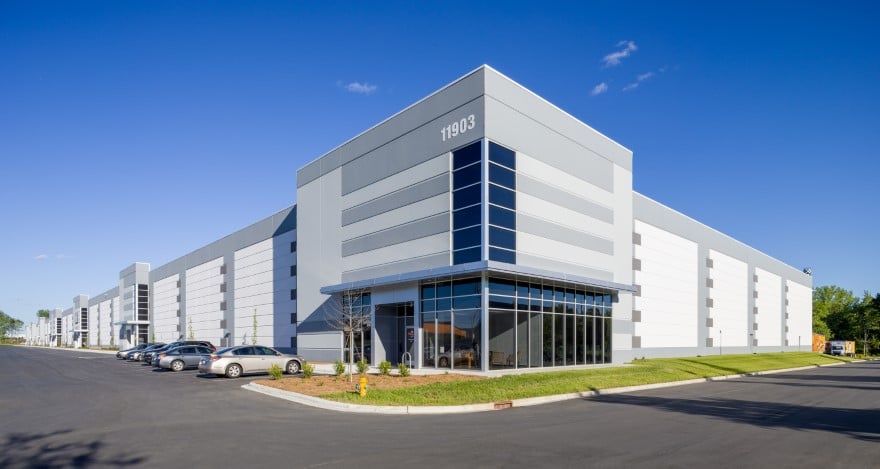 Two other projects—each in Charlotte—were 212,000- and 240,000- square-foot industrial buildings. All the properties are in various stages of securing tenants.

Like most of its other industrial buildings, these properties will be used for distribution, storage, or light manufacturing. This construction model typically includes a front-facing office and storefront—ranging from 1,500 to 25,000 square feet of space—with an open, scalable storage space behind, ranging from 10,000 to hundreds of thousands of square feet.

In the warehouse section, each space has 30- to 32-foot tall ceilings, ready for tenant storage racks, pallet areas and rear overhead dock doors that can accommodate deliveries from semi-tractor-trailer trucks. Tenants in other properties have ranged from a swimming pool services company to retail powerhouse Amazon. 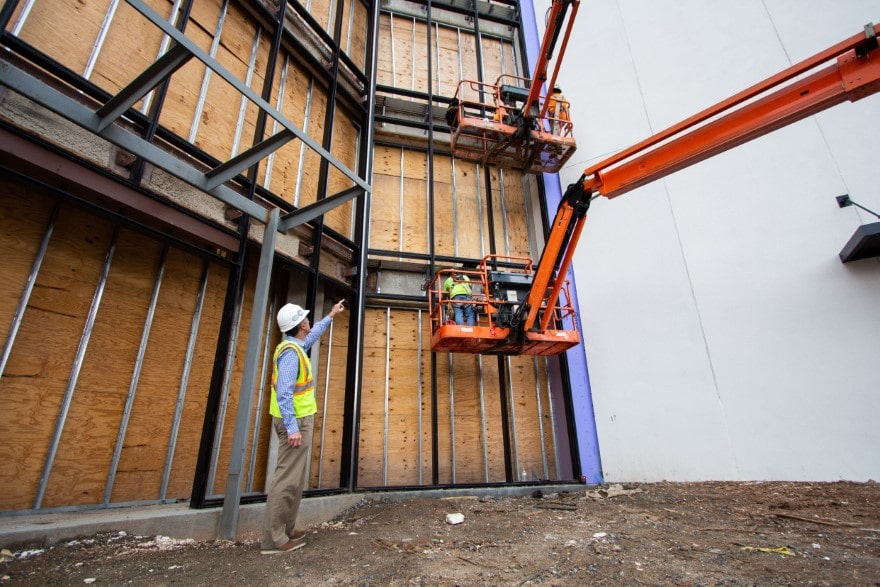 Still, Wilson says it has been a practice at CK since the 1980s to develop, build, and ultimately hold on to a large portfolio of industrial properties. This involves not only acquiring land, but actively master planning the next phases of development, as well as mapping out and engineering future projects. This in-depth process includes reviewing entitlements and zoning, mitigating wetlands, and developing a plan for infrastructure and road access.

“We are anticipating getting the latest land planning squared away so the company can make the next steps in short order to be ready for when the next construction cycle hits,” Wilson says. “It’s all a part of the plan to add value for tenants, as the ultimate concern is for the customer.”

That mentality of being ready to advance on the next project—regardless of any challenges—is a skill Wilson says he cultivated as a student at the Milwaukee School of Engineering. 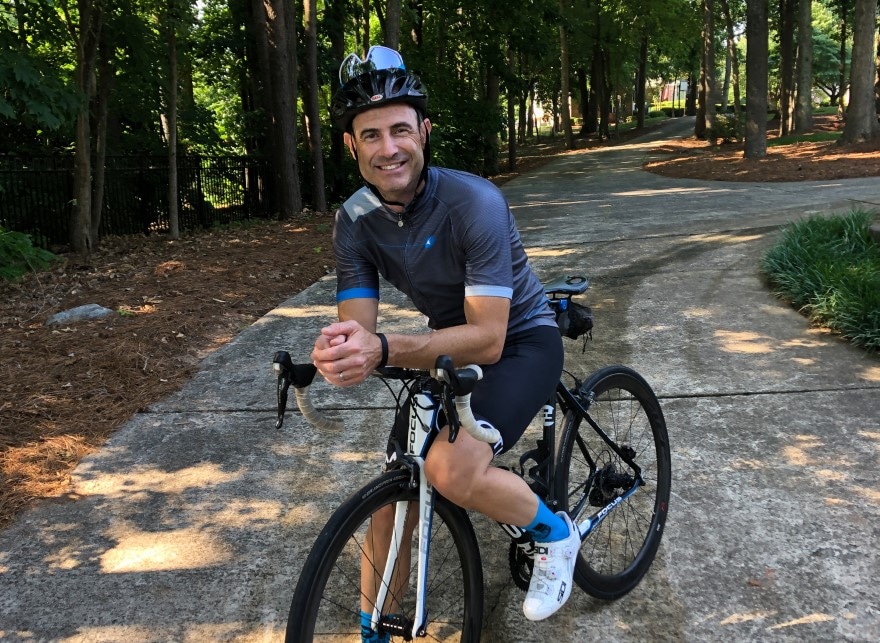 In 1995, with a love of constructing and diploma in hand, he immediately took a construction management position at a design and build company specializing in cold storage, in order to build his experience. He followed that with a position at The Redmond Company which was a general contractor and a developer of grocery stores and pharmacies. At Redmond, the urge to learn more of the business side of development segued into an MBA program at DeVry University’s Keller Graduate School of Management.

About the time Wilson finished up his MBA in 2006, the CK position opened and, as he says, “all the pieces fell into place.” Ten years later he was promoted to director of construction.

“It worked out well,” Wilsons says. “All of my experience prepared me for what I’m doing now. I can look at any project through the lens of construction, developer and owner, understanding the nuts and bolts of what happens behind the scenes, as well as what it takes to transition any project from the front end to completion.” 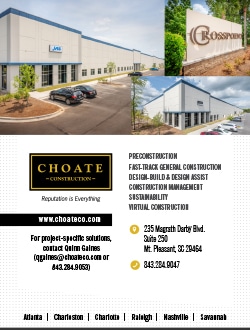 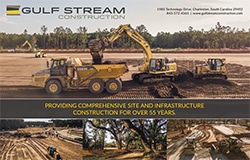 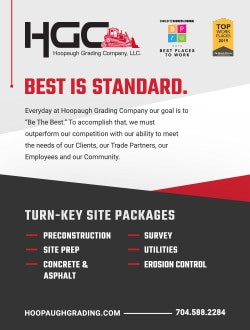 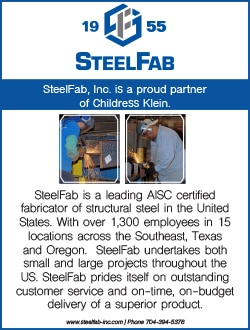 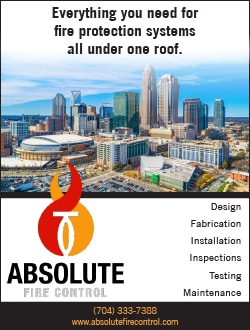