Connecting talent and working without limits

The requests have been many, and interesting at that—comfy chairs, sit-to-stand desks, an espresso machine, a “brainstorming room,” a running track inside the office and even a beach volleyball court.

And one by one, Charlotte Johnson the head of workplace at California-based Upwork, checks off the boxes if she is able. 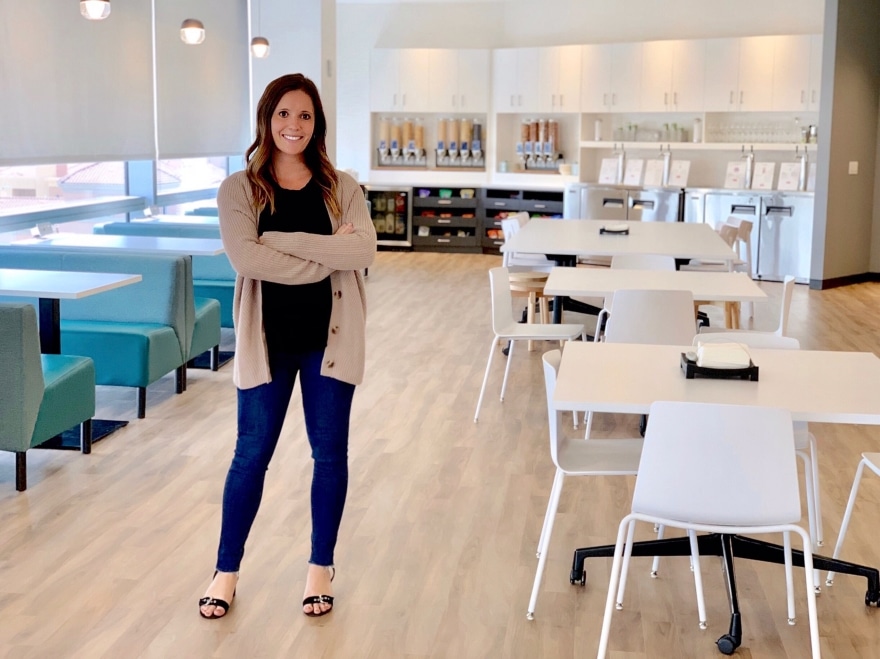 This paralegal-turned-planner joined the company that supports the largest global freelancing website in 2015, supporting the needs and wants of its 1,500 local and remotely distributed workers. Johnson’s aim is to create productive workplaces that double as a home away from home.

In a move that’s symbolic of its rapid growth, Upwork is leaving its former headquarters in Mountain View to develop a new space in Santa Clara for 2019.

It’s a unique business model connecting qualified workers around the world to collaborate on special projects via a web-based platform. Still, even with all the technology to connect people worldwide, Upwork and its band of 180 team members in the South Bay area needed a place to call home. They found it at a new 32,000-square-foot company headquarters in Santa Clara.

Soon to house engineers, product teams, finance groups and all matter of employees, Johnson and her team adopted a diamond-shaped floorplan design and will incorporate community-focused art to adorn the walls. 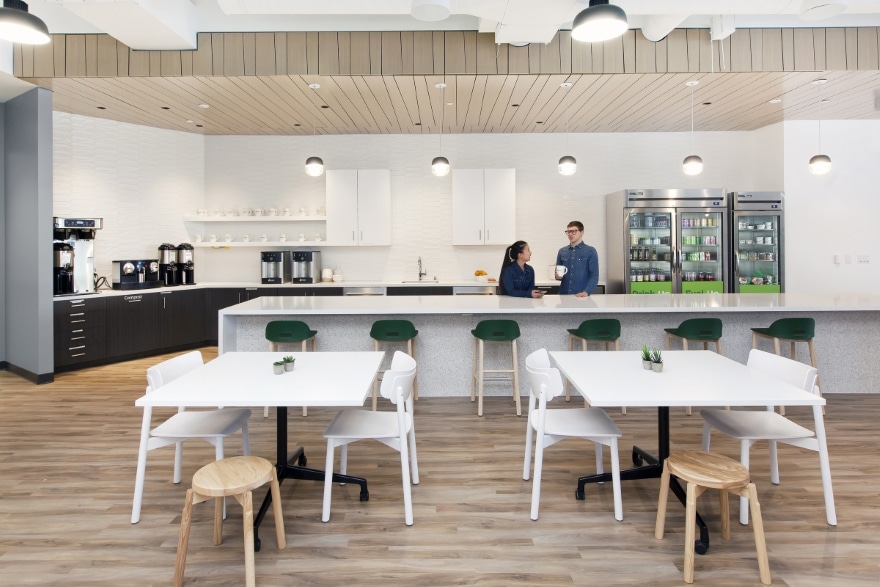 Working directly with architects, Johnson fielded a lot of requests for the workspace design itself. Managers, teams and individual workers all weighed in and, ultimately, the team decided upon the specialty floor plan that allows for an open office feel, but can be modified to adapt to project needs—whether people are working individually or in groups. With a floor plan that creates different angles in the space, areas can be modified as “focus space” to allow workers to better concentrate on different project needs.

“The design is very unique, which presented some challenges, but with the help of our project team we were able to work around them and create something special,” Johnson says.

Natural lighting, ergonomics, minimizing acoustics and what she calls an “ecosystem of spaces” to allow employees to change postures, are the latest millennial trends being woven into the company’s culture and workspaces. On top of those, there were also requests for wellness rooms, unisex restrooms, a café with snacks and beverages on-site, a games room, rooms that could expand or shrink in size based on the number of people, shaded outdoor areas and ping pong tables.

“We definitely wanted to create the home away from home and support remote workers in the Bay Area, too, making it a gathering place and resource that our team will want to come to,” she says.

It’s that legion of remote employees filtering in—and those off-site as well—that creates additional demand on video conferencing spaces and large event spaces for people to get together. Upwork could reach an additional 500 employees as it grows.

Johnson’s also paying particular attention to aesthetics by making sure the artwork reflects Upwork’s diverse freelancers from around the world. That part is fun for the California girl who took courses in renaissance art at Florence University of the Arts in Italy.

“First and foremost, the important thing is making sure everything is in place for infrastructure, and that the space provides a variety of functional workspaces for remote and on-site collaboration. Then it comes down to amenities and perks across the board,” she says. “We will have all of that.”

Things that make you go ‘Wow’

But it’s not all about hanging pictures and providing local color in the breakroom.

Thinking back to when she started at Upwork in 2014, the company was typically managing 45,000 square feet of space, and in five years its square footage has more than doubled. 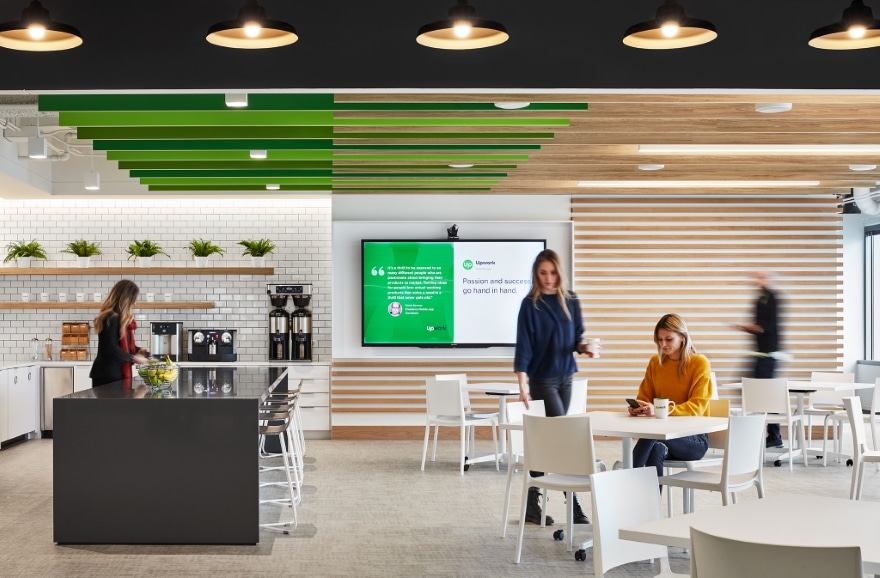 Her job quickly morphed from that of office manager to having a seat at the planning table with direct involvement in seven builds. The portfolio includes a rapidly growing office property in Chicago with its latest phase completed six months ago; an expanded office space in San Francisco; and now the new home in Santa Clara. Each facility averages around 32,000 square feet for a portfolio totaling 100,000 square feet. A project next year will add another 34,000 square feet of space. Peppered throughout all the combined workspaces are more than 100 conference rooms.

Johnson’s position is all-encompassing, handling real estate lease agreements, building management issues and compliance with regulations. She says she loves construction and design and working with teams of people figuring out needs, programs, amenities, and making sure the spaces reflect company culture and values.

“When I started, I had no idea how complex the systems are, and my first construction project, was a real ‘wow’ moment,” she says. “Seeing the design in physical form gets me going.”

After graduating from the University of California, Berkeley, with a political science degree in 2010, Johnson took a job working as a paralegal for three years. After taking a break to travel through Australia, Southeast Asia and Europe with her husband, she saw an office manager position at Elance-oDesk (which turned into Upwork) in San Francisco.

It sounded interesting. Diving in, she took the job in 2014. While she says there are parallels between being a paralegal and an office manager—namely meeting deadlines, researching, organizing, sticking to schedules and collaborating—she quickly learned the new job was challenging.

“I was able to learn and grow a lot,” she says, noting in five years she went from being the newbie to building and running the entire team. The diversified position covers a lot of ground, from managing a workplace team with its related employee services such as events, office operations, and food and beverage to negotiating leases, creating building amenities and managing vendors.

“Our mission is to create economic opportunities so people have better lives. It’s our platform that extends economic opportunity to freelancers globally, which is incredibly inspiring to help support. Helping people at the end of the day is the core to everything we do,” she says. 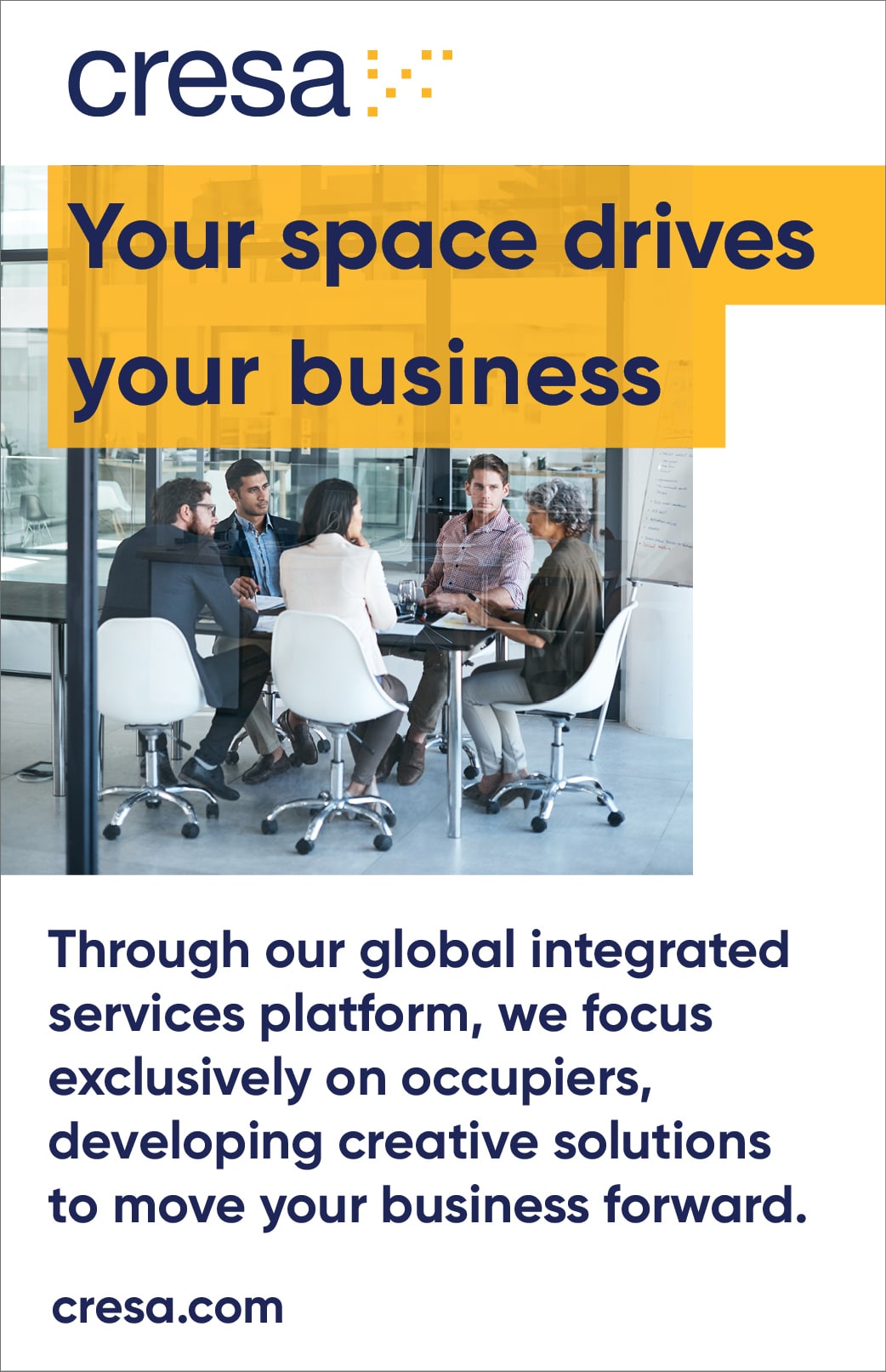