In a complex world of construction project management—filled with multiple perspectives from property owners to general contractors—Charlie Nugent of T. Rowe Price Associates Inc. is using a new project delivery methodology to bring large-scale projects to completion in a way that is more than just on time and within budget.

That collaborative solution, the epitome of partnering, is the Integrated Project Delivery (IPD) approach. 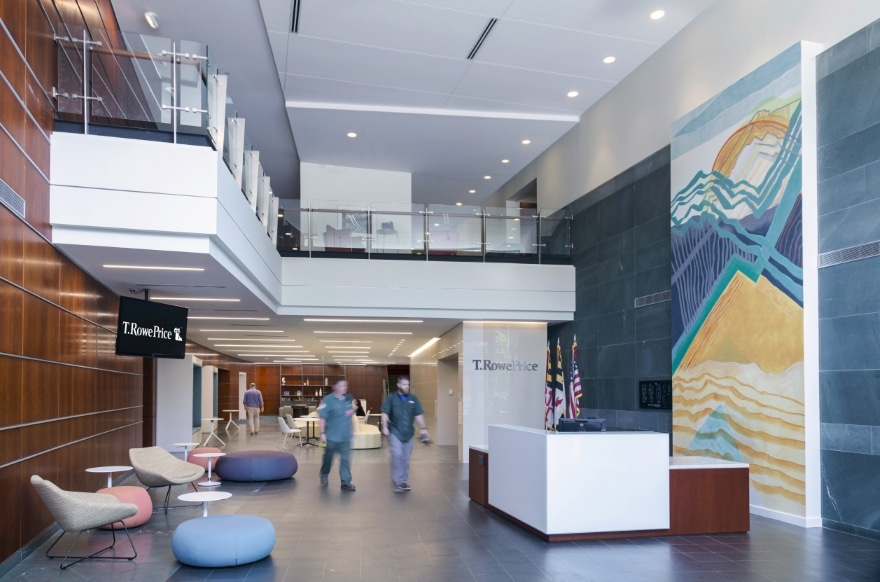 With a series of multimillion-dollar projects that are part of a large portfolio of owned and leased space, Construction and Project Management Manager Charlie Nugent started using IPD in 2015. For the Baltimore-based global asset management firm, it is a way to deliver projects successfully and with less drama than companies typically experience in this area.

“It’s a very unique way to deliver projects and it is not being utilized by most of our peer companies,” Nugent says. “It maximizes the capital investment in a way that traditional design-bid-build delivery cannot match.”

In a traditional design-bid-build scenario, there is the potential for conflict between owners, architects, general contractors and subcontractors who might have differing points of view and expectations on any given project. These differences would become evident as projects hit snags or experience unforeseen delays and related cost overruns.

The more collaborative IPD approach was developed on the West Coast to improve the complicated and heavily regulated hospital construction process, and it was designed to prevent complications from the start, Nugent says. It was suggested to him by the Head of Corporate Real Estate and Workplace Services, Brian Dean, his manager. 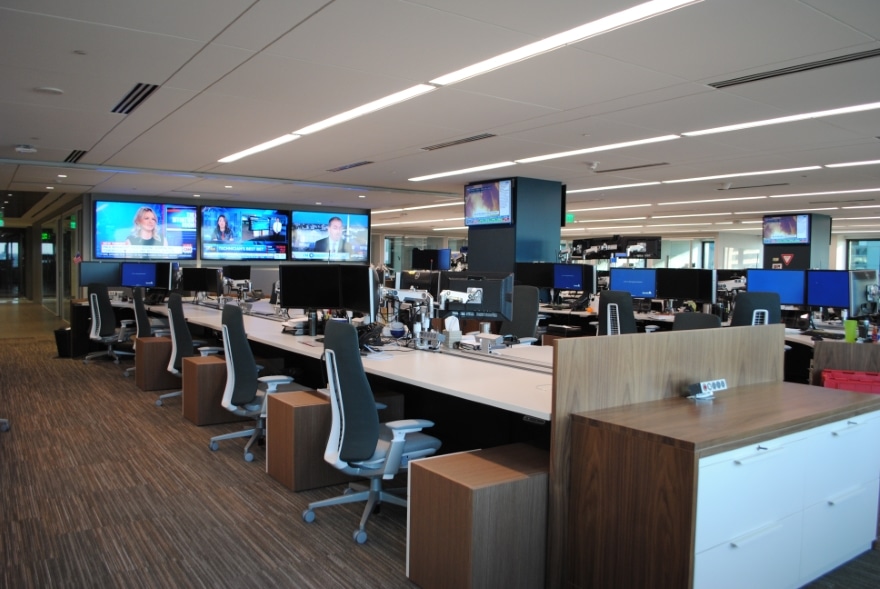 “While we don’t deliver all of our projects via IPD, where we can assemble the right partners that have the necessary skills and are aligned on corporate culture, we have found that IPD delivers better project outcomes relative to cost, speed and quality and affords team members a much improved project environment—one where early collaboration by all is emphasized and doing what is in the best interest is reinforced,” Dean says.

In IPD, as Nugent explains, the process starts with a specifically defined team for each project—that may include owners, architects, contractors, electrical and mechanical subcontractors, and furniture manufacturers and distributors. The partners discuss construction and design needs, their roles in the project, and identify both budget and profit margins. T. Rowe has historically worked with the same team of eight partners on its IPD projects.

All partners sign a multi-party IPD agreement. Unique features of this document include a hold-harmless clause (so partners can’t sue each other if problems arise); an understanding that all profits are at risk in the profit pool (and will only be distributed gradually over the course of a project); and that all partners will get involved early in the process so they have “skin in the game,” incentivizing them to collaborate.

If complications arise, the defined “profit layer” acts as a contingency fund that helps shield the property owner from incurring additional costs.

“It no longer is one person’s problem. With shared responsibility it becomes a team problem—or a team win,” Nugent says.

“We didn’t gravitate toward IPD because we had to; we saw it as a much smarter way of delivering projects where we could achieve better value at the end of the day,” Nugent says.

The boom in Baltimore

Perhaps one of the largest and most complex IPD projects under Nugent’s care was the seventh floor trade desk project at T. Rowe’s company headquarters, located within a leased facility in Baltimore’s Inner Harbor on Pratt Street. It was a multimillion-dollar renovation of approximately 25,000 square feet of space. 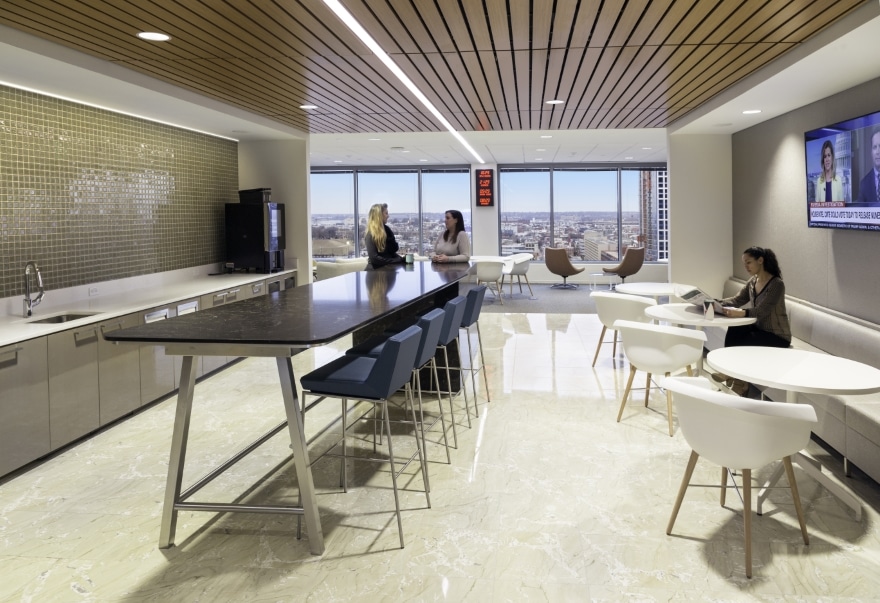 Complicated by nature, constructing the project meant that the trade floor and all of its technology equipment had to be temporarily relocated to another floor while the space was renovated with the same trusted IPD team that had worked with T. Rowe on earlier projects.

The project, completed in March of 2019, was well-coordinated. Business by those traders was conducted without any interruption to the trading process.

At this same location, an additional two floors are underway, with plans to renovate additional floors—all using the IPD approach.

Prior to this latest wave of renovations, the last series of upgrades at Pratt Street was carried out between 2004 and 2008, and Nugent says the time had come to make some upgrades. For example, perimeter offices and conference rooms are being replaced in favor of open space, incorporating more natural lighting and dedicating more room to collaboration.

It never fails him. Even after 40 years in the industry, Nugent is still stirred by the promise and excitement he feels at the start of a new project—and as a seasoned veteran he’s particularly adept at handling multiple projects successfully at the same time.

It’s that unique blend of people, heightened expectations, trials and tribulations, learning something new, taking calculated risks and responding to the unexpected that he finds fascinating. No day is ever the same, he says.

His workplace experiences, bolstered by an education that includes an undergraduate degree in architecture and an MBA in finance, have built a strong skillset in this New Jersey native for executing IPD projects.

“I couldn’t be happier having discovered IPD and how it makes project delivery process more rewarding and enjoyable, creating much more value for the owner,” Nugent says. “We are really fortunate to have adopted IPD as our major project delivery methodology.” 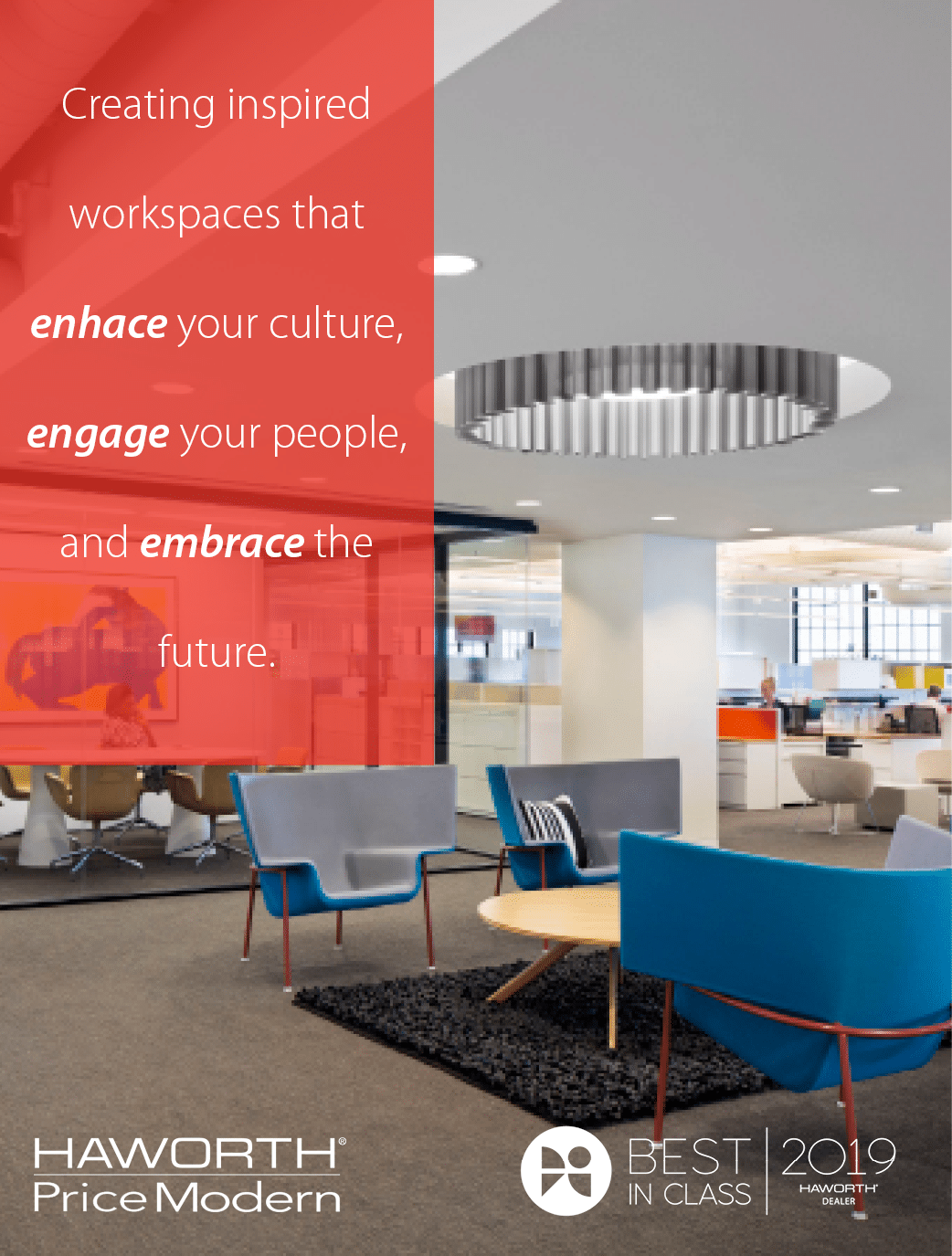