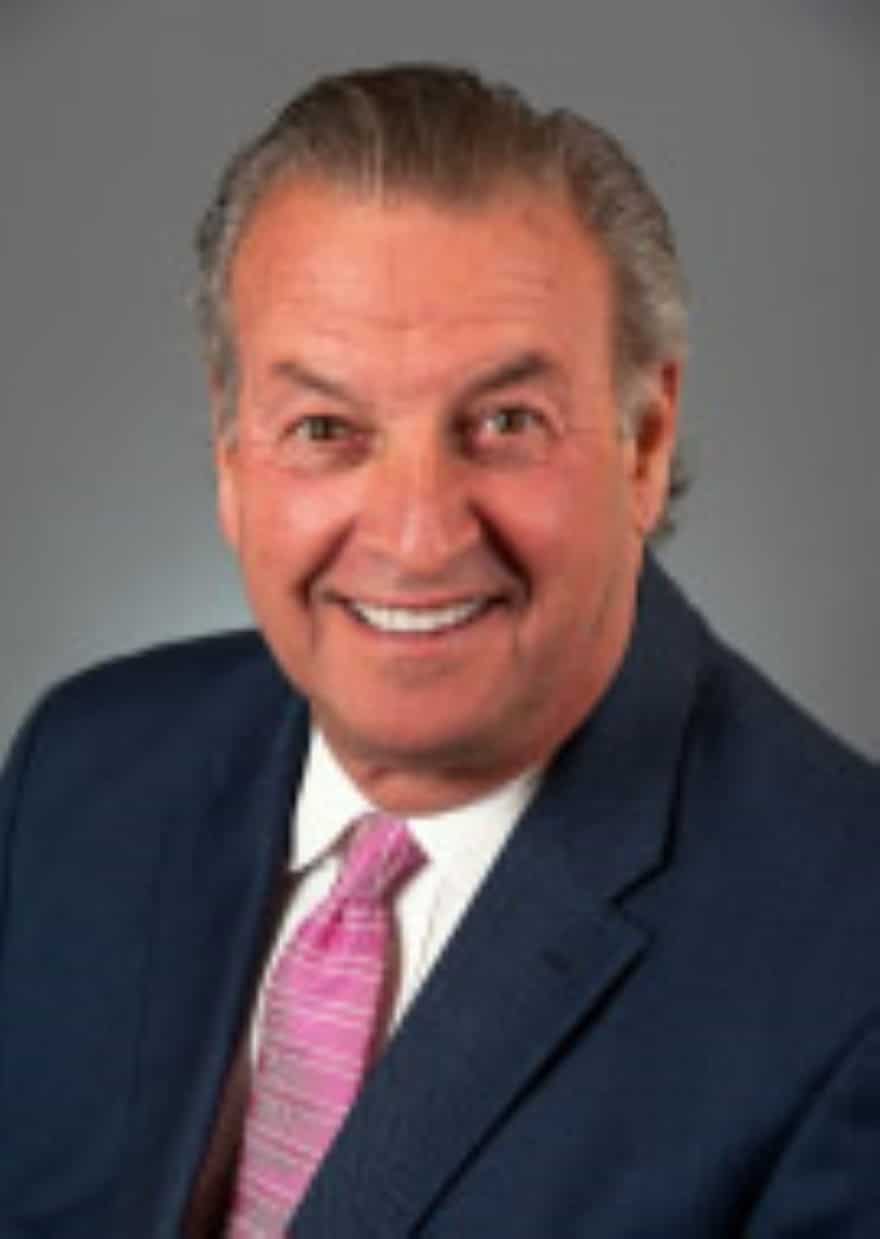 He’s looking for a partnering developer and it’ll take a special sort. This is another sensitive project that Charles Weinstein expects to commence early next year and have ready for occupancy in 2025.

The project will advance pediatric research and clinical care, complementing what’s already been accomplished on his watch at the former Walter Reed Army Medical Center in Washington, D.C.

The spacious, 115-acre campus has been in redevelopment since its 2011 closure and designation as a D.C. Opportunity Zone where builders are incentivized to invest. Weinstein’s employer—the Children’s National Hospital—certainly was incentivized, having been entrusted in 2016 with four buildings on 12 acres at no upfront cost. The nonprofit hospital did, however, commit to an ambitious, expensive and closely monitored transformation of historic but antiquated facilities, much of which has been done but with a very important segment left to tackle.

That’s to be the expansion and relocation of many of the research functions of the Children’s National Research Institute and non-acute services into one of the repurposed Walter Reed facilities. Children’s National having partnered with such institutions as George Washington University, Georgetown University and Howard University, Weinstein envisions the new facility bustling with researchers and scholars in genetic and molecular medicine and oncology. This could be the crowning jewel of the redevelopment, Weinstein says, and a unique opportunity for some very capable developers who submit winning bids for myriad projects.

“It will take a special kind of organization that wants to advance critical care for children,” he says. “If they have any desire to do a private development building on a hospital base and pediatric campus, this is the only place in the country where they can do it.”

Much has been done since Weinstein oversaw the 2018 groundbreaking of the research campus as the Children’s National executive vice president and chief real estate officer. While the flagship hospital remains on Michigan Avenue NW in the nation’s capital, Weinstein explains it needs more beds as well as clinical and radiology space. He says it makes sense to move some functions to the Walter Reed property three miles away with a shuttle linking the two campuses.

The COVID-19 pandemic notwithstanding, he says the first phase of the project went remarkably well, with Washington D.C. Mayor Muriel Browser allowing healthcare institutions an exemption from the district’s construction moratorium. Around 425 hired hands were onsite and tested daily, and if someone was positive, that unit would be quarantined for two weeks. 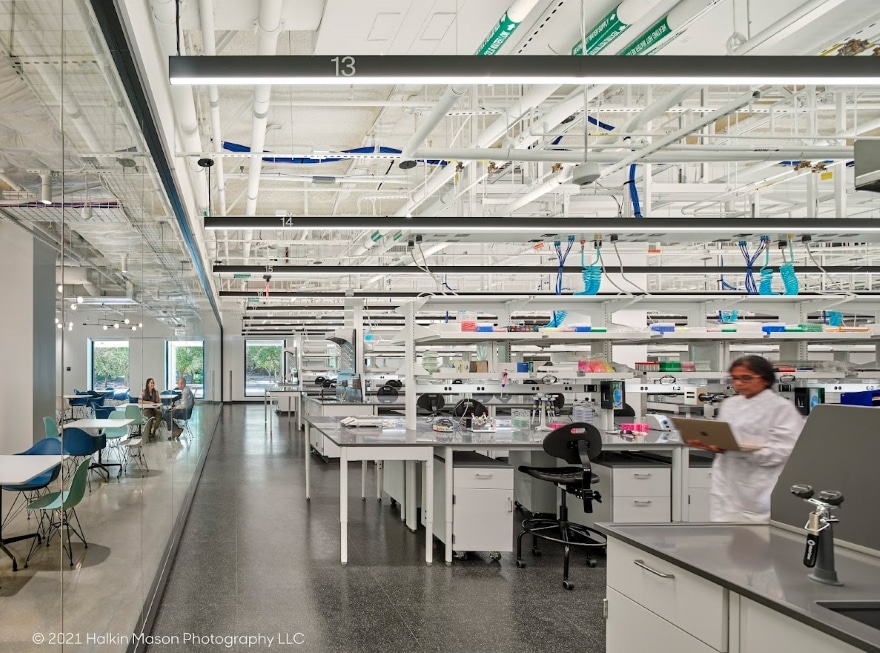 “Our normal sequence of progress would be interrupted and what was supposed to take two years took 30 months,” Weinstein says. “But given the impact of COVID-19, it was nearly miraculous that we were able to complete that phase in 30 months.”

The monuments to progress under pressure include an upgraded 1,000-vehicle parking garage. What had been a garrison theater for soldiers of a different era is now a 300-seat auditorium for seminars and symposiums. A former outpatient building has been refashioned into Children’s National Primary Care for families in nearby communities.

The 400,000-square-foot defunct Armed Forces Institute of Pathology Building has been gutted and repurposed for research in cell and tissue microscopy, genomics and bioinformatics. Phase two of the project will be aided by a $6.7 million award from the National Institutes of Health to further transform the historic buildings into research labs. What a comprehensive adjunct campus Weinstein says this will be once the second phase augments the existing research in 2025.

“If we can identify diseases in children by looking at their DNA and genetic code, we can cure them and establish a framework for people who have a genetic mutation,” he says. “The more people you have working on research, the more likely they’ll find something.”

As to how Weinstein became point man in this project, he answered the call at an age when others might be winding down their career. For the previous 13 years he had been in a similar role at Boston Children’s Hospital, another institution whose modernization he had overseen. Though a native Marylander who wanted to be closer to his original home, he didn’t expect to begin another phase of what had already been a long and fulfilling career.

“They [Children’s National] recruited me explicitly to handle a project they were on the verge of starting,” he says. “Although they had a remodeling and facilities department, they didn’t have a professional real estate department. They also needed someone with experience in life-sciences buildings.”

Weinstein’s resume had all boxes checked. He’d overseen expansion not just at Boston Children’s Hospital but at Johns Hopkins Hospital and Johns Hopkins University, where he reconstructed a 1940s clinical building into a biomedical lab and technological center. Prior to then he had developed residential property around Annapolis, Maryland. 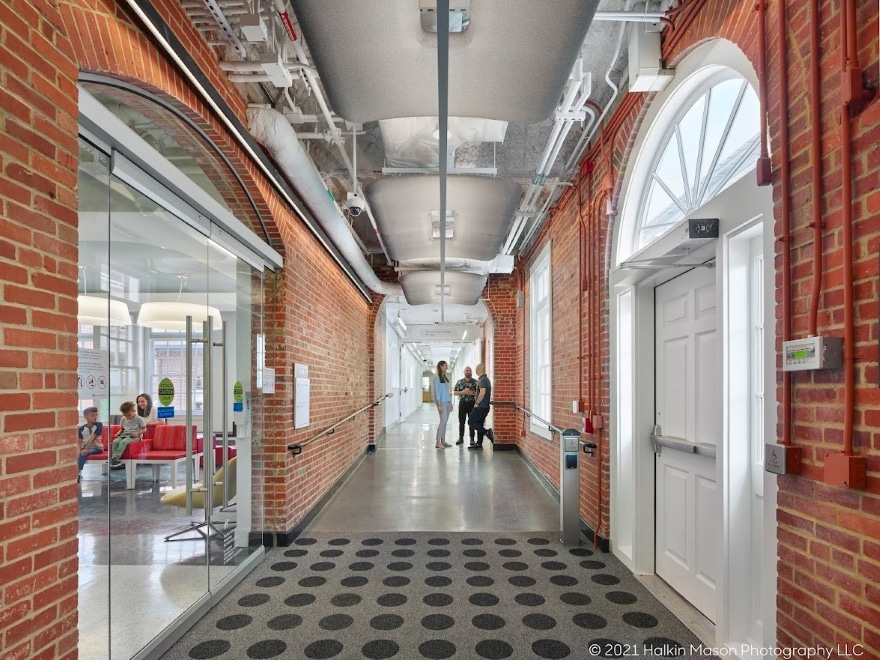 Before that, Weinstein had been with the Baltimore City Department of Housing and Community Development and managed or designed such projects as the Baltimore Convention Center, National Aquarium and Inner Harbor.

“Entirely serendipitous,” Weinstein says of his career, which he says really got going after he soured on life as a lawyer. So, as a young man he took a couple years off to travel Europe and the U.S. and sought advice from one of his professors at the University of Maryland School of Law. That professor put Weinstein in touch with the Baltimore commissioner of housing and community development, and on a long and winding road to where he is now.

The legal training still has been put to good use, Weinstein explaining how it helped him negotiate the 2016 land transfer from the Army. While he doesn’t act as an attorney on behalf of Children’s National, he understands zoning regulations and documentary fine print, can identify issues, ask the right questions, and thus lighten the load for Chief Legal Officer Mary Anne Hilliard.
There’s nothing like seeing a project to fruition, Weinstein says, especially so close to home. Much as Weinstein and his wife had come to love New England, they’re glad to be back in Annapolis where, among other things, the boating and fishing seasons are longer.

And don’t tell this construction industry veteran that he should be slowing down in his golden years.
“I’ve got another three or four years ahead of me and want to see the completion of the second phase,” Weinstein says. “We’ve also got five more buildings approved for research and I might wind up building all of them.” 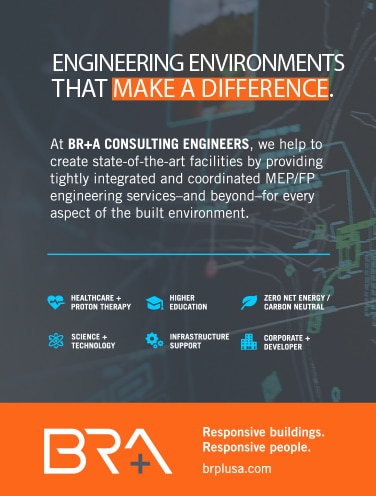