A matter of (better) convenience

If you’ve ever wondered why the parking lots of America’s convenience stores and gas stations aren’t constantly jammed with delivery trucks—one for each of the hundreds of brands that line the shelves inside—Core-Mark International’s Henderson Distribution Center is one of the big reasons why.

Located on the southwest outskirts of Las Vegas, the sprawling complex looks, at first glance, like any other nondescript warehouse: purely functional in design, muted in tone, a structure that practically blends into the surrounding desert landscape.

“We see the Las Vegas distribution center as a template for what we’re trying to achieve from a technology efficiency standpoint,” says Charles Morse, director of facilities management and planning at Core-Mark. “That encompasses everything from how the space was designed to the systems and tools inside. I think it gives us a significant competitive advantage.”

Truth be told, building a new Las Vegas facility was more a matter of necessity than technology trendsetting. By 2014, Core-Mark’s existing distribution center, also located in Las Vegas, was beginning to show every bit of its 40-plus years. The 20-foot ceilings and antiquated interior layout made for cramped quarters, which in turn placed undue stress on the company’s stocking and order-fulfillment efforts.

Completed in 2017, the 233,000-square-foot Black Mountain Distribution Center (BMDC) instantly addressed those concerns. Featuring 30 feet of clearances and a layout designed to optimize movement both inside and outside the facility, BMDC was built with future growth squarely in mind. 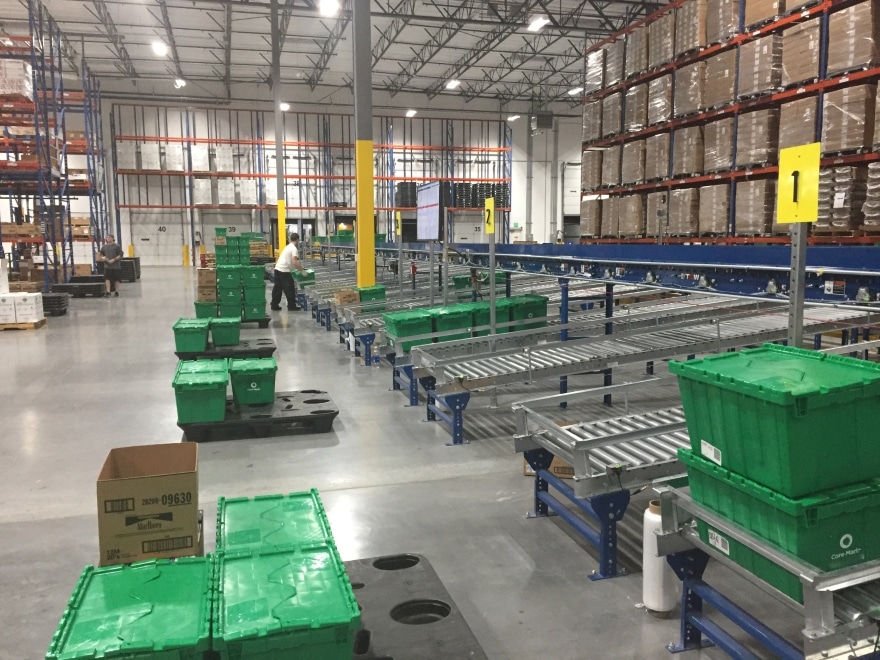 Working closely with project contractors, Morse helped create a process flow map to ensure that every box that entered the facility—no matter its size or contents—was handled as efficiently as possible, meaning no more than two times between receiving and shipping.

“In our previous space, we were basically working around whatever inefficiencies existed,” Morse explains. “Here, if we grow 20 percent in five years, we have the capacity and flexibility to account for that. We’re no longer painted into a corner.”

Of course, maximizing process efficiency requires more than just smart floor plans. According to Morse, Core-Mark is making substantial investments in process automation, with the aim of eliminating repetitive labor tasks—particularly those requiring manual movement and relocation of products.

In the past, the task of stacking and wrapping pallets in plastic was typically left to facility personnel. Now, thanks to a fleet of warehouse robots (the facility currently has four in commission), that job can be done in a fraction of the time—and much more safely.

Still, Morse says the company needs to be cautious in how its facilities incorporate robotic processes. Unlike many business-to-business distribution companies, the demands of Core-Mark’s primary clientele—mainly gas stations and convenience stores—are subject to much more seasonal flux.

“In the summer, these stores are ordering more bottled water; in the winter, it’s things like road salts and washer fluid,” Morse explains. “So the inventory they need tends to fluctuate quite a bit. So you need human beings that can take a specific amount of product from the shelves. So while robots are important, it’s equally important that we make those human tasks as seamless as possible.”

Indeed, when you’re talking about a facility the size of four football fields, figuring out how to transport parcels from one end to another is never an either-or proposition; here, man and machine are equally important. 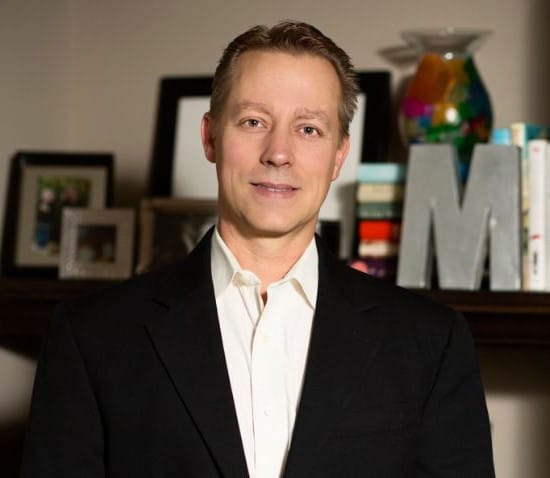 As part of a broader effort to replace outdated equipment at Core-Mark’s 32 distribution facilities, Morse has made process and energy efficiency the twin pillars of the Henderson warehouse’s infrastructure.

Key to this initiative is the improvement of variable frequency drives (VFDs), used to control the speed of everything from conveyor systems to dock-based loading equipment. Not only do the new VFDs save on energy; their customizable settings allow for a larger range of speeds and timings, as well as better torque control to account for parcel weight.

“You can cool your freezer by putting it on full blast and running it all the time, or you can use an integrated control system to maintain a certain temperature range,” Morse explains. “Refrigeration represents one of our biggest expenses, so being able to get a handle on that will allow us to invest in other upgrades.”

Efficiency where it counts

Specifically, Morse is looking to bolster the company’s green bona fides, in ways both granular (replacing all lighting with LED bulbs) and gross (installing a multi-megawatt solar array atop its California facilities).

Even the company’s tri-temperature trucks are poised for upgrades, beginning with next-generation refrigeration units that can be charged at the loading dock, rather than relying on diesel fuel.

The goal, Morse says, is to create 21st century facilities that can meet the challenges of an ever-evolving industry landscape.

“Convenience store food used to be considered low cost and low quality. That’s changing,” Morse says. “As the quality has increased, players in the fast-food sector are starting to get worried. If we can create the processes that put better products on the shelves, that’s a win.” 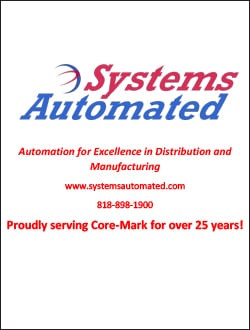