One piece at a time

Unless you’re expecting a hefty class-action settlement, getting a call out of the blue from an attorney you don’t know probably isn’t something to get excited about.

Joe Carosella admits his guard was up when he picked up the phone that morning in March of 2015. It was a lawyer alright—and this one needed help.

Turns out, one of the attorney’s clients, 2700 North Ocean Condo Association, had a big problem on its hands: 10 years after its initial construction, the stucco was beginning to crumble and fall, posing a significant risk to passersby below—and causing quite the eyesore. 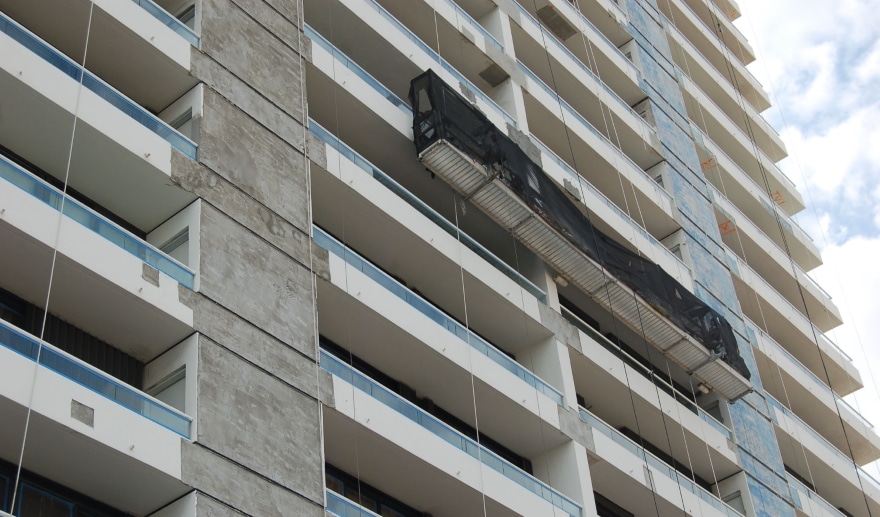 “It was obvious, based on what the attorney was telling us, that the siding had never bonded properly after it was put on seven or eight years before,” recalls Carosella, cofounder and president of Carousel Development & Restoration Inc. (CDRI). “He called us because he knew we did good work, that we had a great reputation in the area. It was a project that was definitely in our wheelhouse.”

Located on Singer Island, a narrow barrier peninsula just off the coast of West Palm Beach, Florida, the two towers that make up the 27-story Ritz-Carlton Residences are quintessential South Florida, with slightly curved edifices and expansive balconies.

Over time, however, the stucco material used to reinforce and decorate the balconies had begun to crumble—particularly on the western wall of the complex’s “B” building.

Just days after getting the call, Carosella and his team mobilized to the site, just 30 miles north of CDRI’s Delray Beach headquarters. First, the company removed the outdated stucco and replaced it with a better, properly bonded alternative. Next, the crew applied a fresh coat of paint to match the tower’s off-white color.

“It was definitely an all-hands-on-deck type of project,” Carosella recalls. “When you’re working with an iconic structure, which is what the Ritz-Carlton is on Singer Island, you’re not leaving anything to chance.”

The project proved such a success, in fact, that CDRI was later asked to bid on a more expansive renovation at the same site. In April 2017, Carosella got another call (not from a lawyer, thankfully): the company had been awarded the job.

Begun in October of 2017, the second phase of the project was far more expansive. Once again, the crew’s first objective was to remove the existing stucco, a tedious process that entails cutting out and chiseling away small sections of the material.

Adding new stucco was equally laborious. After laying down waterproof building paper, the crew nailed down galvanized metal lath (think of a fence with smaller mesh), on which the fresh, cement-like stucco and subsequent paint were applied.

According to Carosella, however, the most difficult phase of the project involved repairing the post tensions inside the complex’s concrete walls. 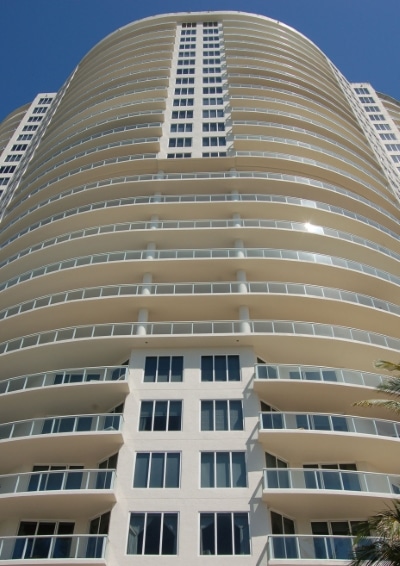 To repair these important structural components of the building, the team had to lock off the cables to prevent them from snapping. Next, the ends of the cables were repaired, either by replacing the grease caps or cutting the tails off ones that were too long.

“It’s incredibly heavy work that requires a real attention to detail,” Carosella explains. “Once structural weakening happens as a result of compromised tensions, it can be disastrous. It’s definitely one of the most important services we offer.”

Not over the hill

Once completed this summer, the $15 million Ritz-Carlton renovation will become the latest showcase of CDRI’s gamut-spanning services.

It’s far from the only project on the company’s docket, however. After completing minor concrete repairs of another nearby luxury condo complex, in 2018 CDRI was contracted for a $2.5 million renovation: the two tower, 32-story Trump Plaza in West Palm Beach.

Begun last May and slated for an October 2019 completion, the project has required CDRI to renovate all of the complex’s balconies, as well as a significant amount of post-tension work.

All in all, it’s shaping up to be quite the 40th birthday for Carosella’s beloved company, which offers everything from column repairs and waterproofing systems to custom railings, garage renovations and pool and deck work.

The one present Carosella hopes he doesn’t get: another anxiety-inducing phone call.

“Hey, if it’s another lawyer offering us business, that’s fine,” Carosella says with a laugh. “I think we feel more optimistic than ever about where the company is and where it can go from here. There’s a lot more competition now than there was back then, no question about it. But that’s pushed us to be the industry leaders that we are.” 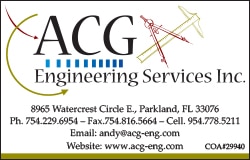