A fair trade in HVAC

Just business as usual, Carol A. De Young tells Blueprint in late October, and for customers of Countryside Plumbing and Heating Inc. in western Wisconsin and eastern Minnesota, that’s cause for comfort.

Though she anticipates retiring as president, likely in 2019, De Young assures that family-owned Countryside will keep on keeping on. It’s been six years since her husband, Jim, stepped down as boss of the company the couple bought and gave its present name in 1982. 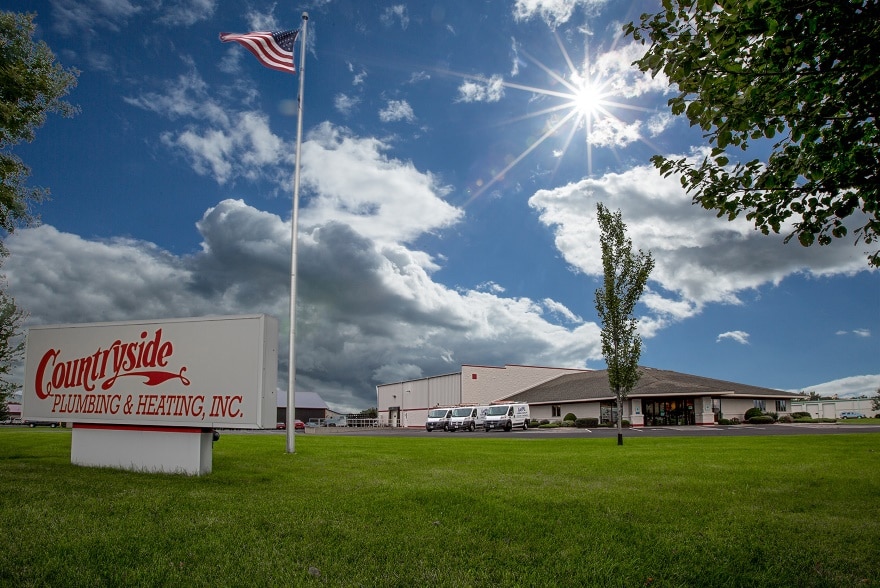 The De Youngs’ two sons, Tim and Bill, and a daughter-in-law, Cammi, have already taken over the reins, and the matriarch assures that upon her departure, residential and commercial clients won’t see any difference in the service they’ve long come to rely upon.

In the meantime, there’s still much on De Young’s to-do list, including ensuring that the next generation of Countryside leadership will have a deep talent pool from which to select. That might put a premium on her persuasive power, but De Young has a way of getting her points across.

“Young people often aren’t aware of the trades,” she says, voicing a concern that seems to run throughout all facets of the construction business. “I’m an advocate in many of our local high schools for suggesting why they should at least consider what they have to gain in the trades and the amazing opportunities, compensation and pride in their craft that they will get in return—with little or no student loan debt!”

Her extracurricular roles, including the presidency of the Wisconsin Plumbing, Heating and Cooling Contractors Association (PHCC-Wisconsin)—the first woman to serve in that role—De Young had recently returned from a national PHCC convention in Albuquerque and was scheduled to visit several area schools to extol the wisdom of a vocational-technical education and the numerous apprenticeship opportunities available. 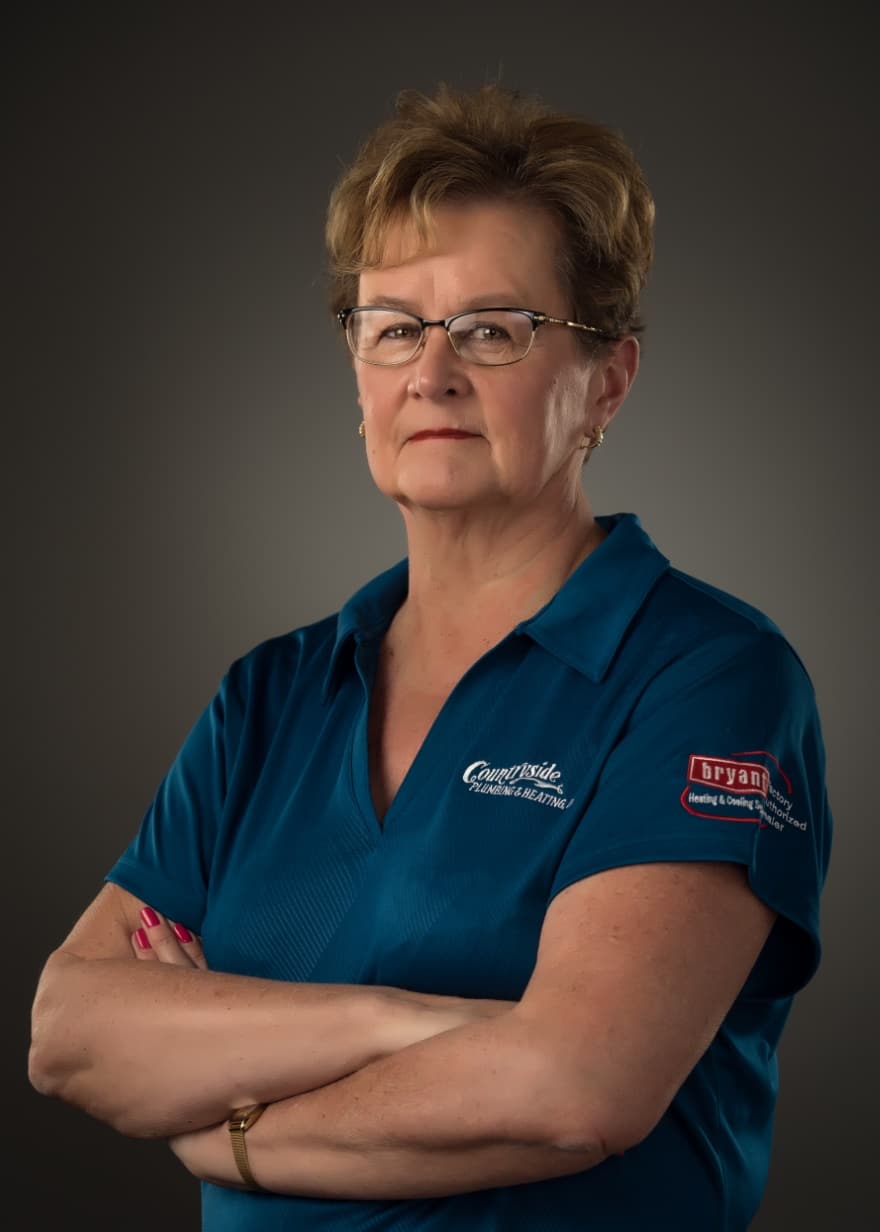 It’s not the most advised career path for many young people, she says, but maybe it should be—a voc-tech education often entailing two affordable years at a trade school that can translate into better value than a four-year liberal arts degree. Opportunities in the trades may beckon even before graduation, and advancement awaits those with a strong work ethic and team spirit.

In particular, she describes a young man who graduated from an area high school and worked summers and holiday breaks at Countryside while studying HVAC at Chippewa Valley Technical College in Eau Claire, Wisconsin. Upon graduating in May 2017 he became a Countryside full-timer, acquitting himself so well in commercial HVAC bidding and project oversight that when his supervisor passed away, he stepped into a well-earned leadership role.

If only others would follow that path the opportunities would be limitless, she remarks. Young women included.

“I point out to the girls that this business isn’t just a guy thing,” De Young says from Countryside’s headquarters in New Richmond, Wisconsin. “There are amazing opportunities here for women at all levels. You don’t have to start off digging ditches and installing equipment. There are also opportunities in bidding, estimating, marketing and management.”

Also, in being an apprentice where one is paid to learn the means to a rewarding livelihood. It’s a point De Young makes clear in one of her other roles on the Wisconsin Apprentice Advisory Committee and the Wisconsin “Apprenticeship LEADERS” committee.

Countryside’s crew of about 35 is certainly keeping busy, its St. Croix Valley stronghold stretching into Minnesota’s Twin Cities, making it among the liveliest regions anywhere for new construction in Wisconsin’s fastest growing county.

The mix of residential and commercial contracts is typically tilted 60 percent toward the former, though De Young says that may narrow with the construction or upgrade of the many schools, offices, convenience stores and gasoline stations necessitated by the homebuilding. Among Countryside’s big-ticket customers are Best Western Plus Inns & Suites, Wisconsin Indianhead Technical College and the New Richmond 8 theater. 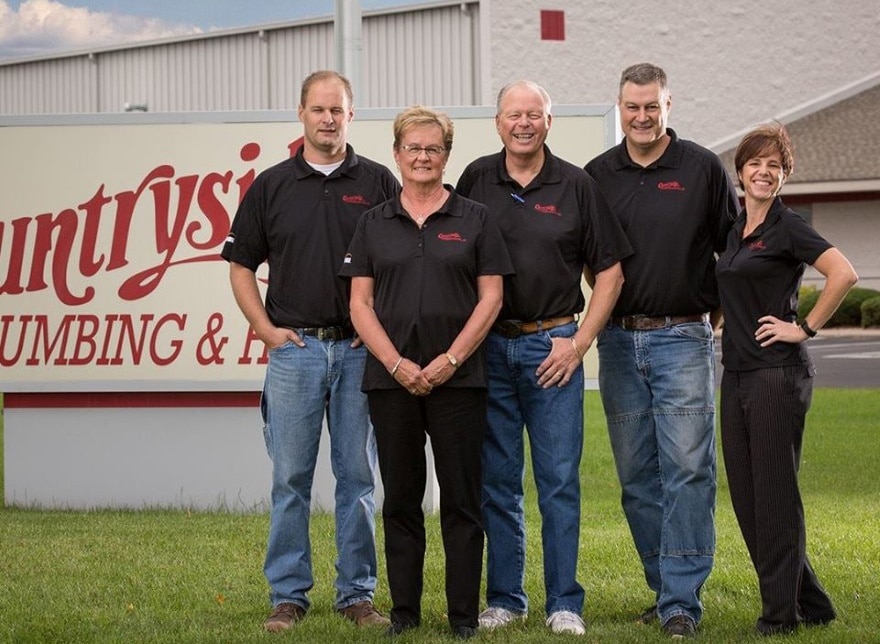 Then there’s the prospect of another winter bearing down on the Upper Midwest, and the ensuing calls about burst pipes and furnaces on the blink. Though such woes mean steady business for Countryside, De Young never ceases to remind homeowners that the time to tune a furnace and change filters is before first frost. But for those who’ve been remiss, there’s always Countryside, which offers 24-hour service.

“We know that in times of an emergency, the customer can’t wait one or two days in this climate,” she says. “It just seems human nature to procrastinate.”

That’s never been the case at proactive Countryside, which has grown steadily on the family’s watch while retaining the personal touch.

“We don’t have to be the biggest, just the best and most reliable,” she says. “We retain a small-town loyalty that we’ve built up over the course of 36 years. The real truth is that our success is not due to just my hard work, but it is the result of a team effort from the leadership of my husband over the years, what my sons are continuing to do and what each and every employee that has ever worked here have contributed.”

A strong community presence can be seen with Countryside’s 25 trucks on the road, giving it brand recognition that, along with referrals, doesn’t necessitate the need for much advertising.

It sounds like De Young will miss that hands-on role once she steps aside, but she assures she’ll have plenty to keep busy with grandchildren, community service, being a Green Bay Packers fan—“not always easy when your work extends into Minnesota”—and pursuit of hobbies such as sewing and crafts.

“The prospect of not working for the first time since high school can be scary,” she says with a soft laugh. “But it’ll be time to relax.”

And she finds comforting the idea of Countryside passing along to the next generation of De Youngs, who learned the business from the ground up. Now vice president and general manager, Tim De Young is licensed as a master plumber in Wisconsin and Minnesota. Also a vice president, Bill De Young is a trained sheet metal technician and fabricator and HVAC department and fleet manager.

Enough of the Countryside hired hands being midcareer, they’re sure to stick around. But lest too many near retirement age, De Young just might still weigh in on the advantages of young people learning the trades. The longevity of almost all of the staff is proof of the satisfaction they feel in their career choice and a testimony to the family atmosphere that resonates in this company that’s been her honor to lead.

“Even though this is still a predominately male-dominated industry, I take pride in how my gender has been a non-issue and instead, I have been respected and treated as an equal with my peers,” she says.

categories: Best of the United States, Residential, Women in Construction 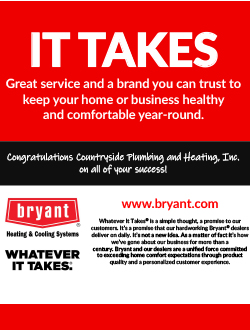