Grist for the mill turned destination and much more

Few things can deteriorate like a big unmaintained building, and the folks of Greensboro, North Carolina, were constantly so reminded when they ventured just north of the downtown.

For it was there where much of a sprawling, once-teeming mill complex had been crumbling since its looms ceased operating in 1982, there being little need in the United States nowadays for textile manufacturing. Not even at a plant that could claim to have been the South’s first mass producer of flannels.

Seemingly a candidate for the wrecking ball, the complex once known as Cone Mills hardly looked like it would be the site of a $100 million redevelopment; fire, vandalism and age having taken a toll, leaving windows broken, wood rotted, stairways collapsed, roofs leaking and much of the cavernous interior home to cobwebs, dust and pests. 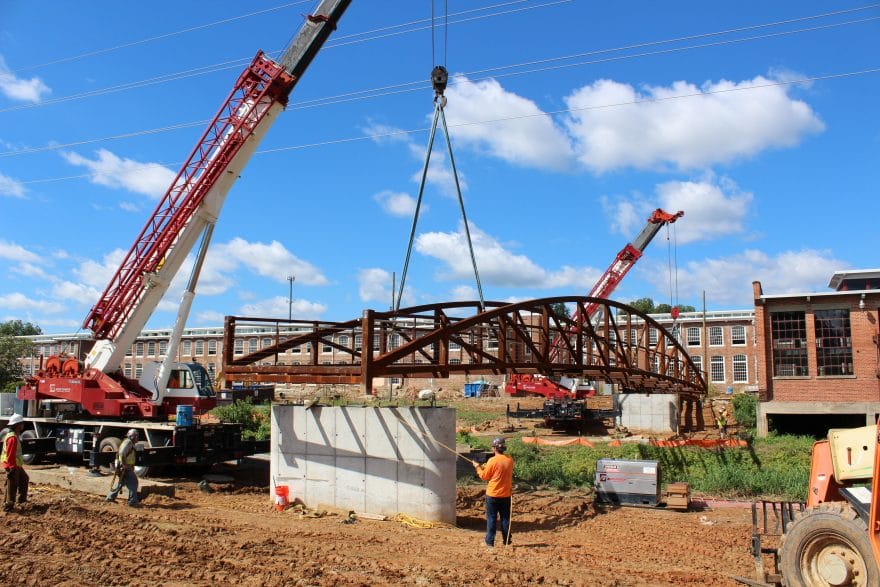 But the brick exterior seemed solid and there was a history to the place that some didn’t want to see swept into the dustbin of the past. Fortunately it wasn’t, as in 2013 the new owner, the nonprofit community lender Self-Help Ventures Fund, entrusted a couple of venerable North Carolina companies—C.T. Wilson Construction of Durham and Weavercooke of Greensboro—to rehab the facility, and just a few years later it’s a destination teeming with multiple uses.

One- and two-bedroom loft apartments make for pleasant living with all the amenities necessary to keep one from venturing too far from home being just a few steps away. There’s office and retail space, meeting and conference facilities, restaurants and coffee shops, cultural exhibits, a brewpub, greenway trails just outside the door, an interior courtyard, and 850 parking spaces that can fill up quickly given the many attractions.

The project’s not quite complete, says Charlie Wilson, the third-generation president of C.T. Wilson, who shares the same name as his grandfather and father. There’s still cosmetic work here and there, as well as other areas having to be readied up for additional uses and tenants, but it’s not too soon to call the renamed Revolution Mill a success that’s likely to lead to other developments in and around the massive 45-acre campus.

“We very much enjoyed bringing a historic building back to its original glory,” says Wilson. “As the apartments fill up with families and the other space goes to multiple uses, the real prize is still how we took something that was literally falling apart and turned it into an economic boom for the Greensboro community.”

Historic rehab among their specialties, C.T. Wilson and Weavercooke worked with Belk Architecture, and the team was well-qualified to spearhead the Revolution Mill renaissance, having completed similar work, although not of this magnitude.

It’s always a challenge to preserve original aesthetics and character while enhancing those attributes with upgrades that make such buildings more functional and energy-efficient, Wilson explains. Much of the original structure had to come down; much of the rest had to be reinforced for what was to follow. 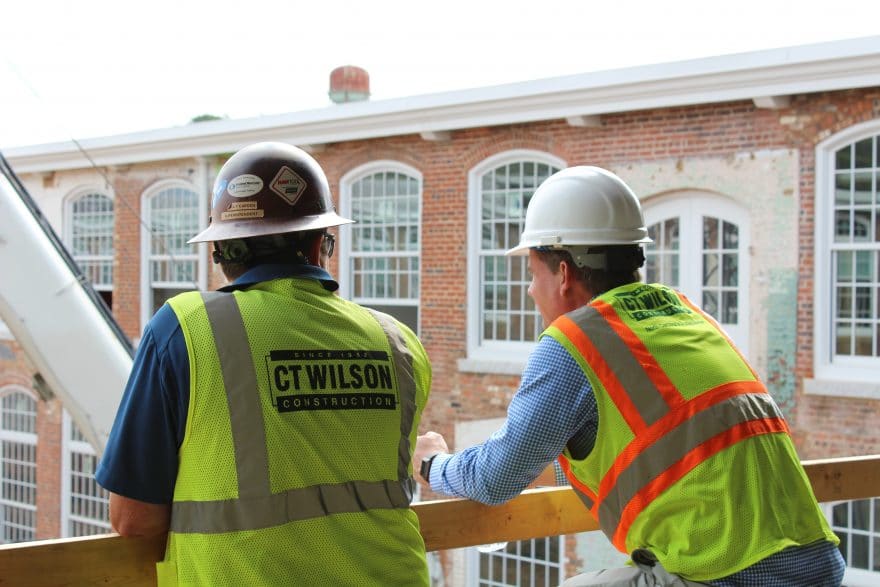 Over 280 new arched windows maintain a retro look and efficiently retain heat and air conditioning—the costs of both being immense in a three-story, multi-winged complex of nearly 160,000 square feet, in a region with four distinct seasons. A green roof now covers the buildings, adding to the overall sustainability. Exposed beams lend their rustic charm, but with rotted wood replaced. New stairwells, elevators, bathrooms and a most welcoming common space make Revolution Mill a monument to living history with a most promising future.

When Wilson spoke to Blueprint in mid-August, the company had around 20 projects pending, most in the Raleigh-Durham-Chapel Hill triangle where C.T. Wilson has been a fixture in the building trades since its 1952 founding. Construction in the region has been healthy since the end of the Great Recession, and much of the company’s work comes from repeat customers.

“We’ve always been very fair to our clients and that’s why they come back,” says the latest Wilson to run the company. “It makes things much easier for us; rather than chasing down new customers, we get a lot of customers coming back to us because they were pleased with our previous work.”

C.T. Wilson and Belk Architecture are also collaborating on another multimillion dollar mill renovation a couple of hours east of Greensboro, in the city of Rocky Mount, that’s certain to have a major economic impact. The Rocky Mount Mills were among the first cotton mills built in North Carolina, dating back to 1816 and outfitting many U.S. soldiers during World War II. Changing times forced that mill to close in 1996, but in 2007 Capitol Broadcasting Co. bought the huge site by the historic Tar River.

Capitol has entrusted C.T. Wilson and Belk Architecture to create a self-sustaining, mixed-use community, with office space and restaurants as well as a craft brewery. Former mill houses are being renovated for lease as single-family homes.

The results of C.T. Wilson’s labor can be found in many areas, among them academic, commercial, residential, industrial, medical and faith-based—all of which are well represented in that part of North Carolina. 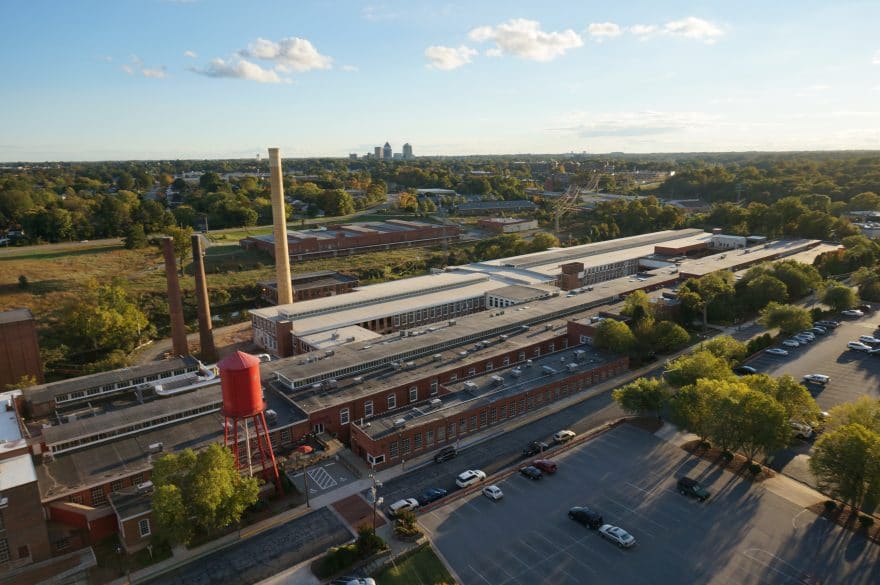 The German-owned tool maker Stihl is expanding its mid-Atlantic operations to Hillsborough, North Carolina, with C.T. Wilson in charge. Other works in progress include the massive Stones Warehouse in Raleigh, the Carolina Friends School Performing Arts Center in Durham, the Trosa Clinic in Durham, and the renovation and addition to the Yates Baptist Church, also in Durham.

That, along with many other projects, should keep C.T. Wilson’s 50-member crew busy along with its many subcontractors. All the better that the work isn’t too far from the Durham headquarters.

Wilson is proud to sustain the legacy of his grandfather and father, and says operating in good faith has been the secret to the company’s success. Construction is two-fold he says: Relationships and the building itself.

It’s how the Wilsons before him operated, and how he too runs the business. “I was on the job sites as a young kid, studied civil engineering at N.C. State University, got my Master’s at the University of Texas and worked in Austin to get experience. But this is where I belong.” 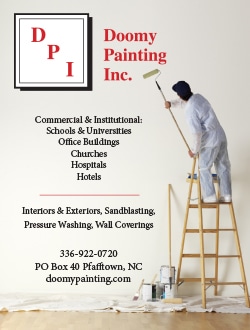 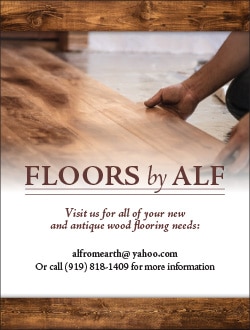