Bearing down in the Crystal Basin

It seems safe to conclude that the Sacramento Municipal Utility District is anything but penny-wise, pound-foolish when it comes to upgrading many popular campgrounds in what’s known as the Crystal Basin Recreational Area in the Eldorado National Forest of eastern California.

For SMUD—one of the nation’s largest community-owned utilities—entrusted part of a comprehensive $113 million budget for campground projects to Burdick Excavating Co. Inc., of Carson City, Nevada, even though its $10 million bid was about $1 million higher than that of another company. 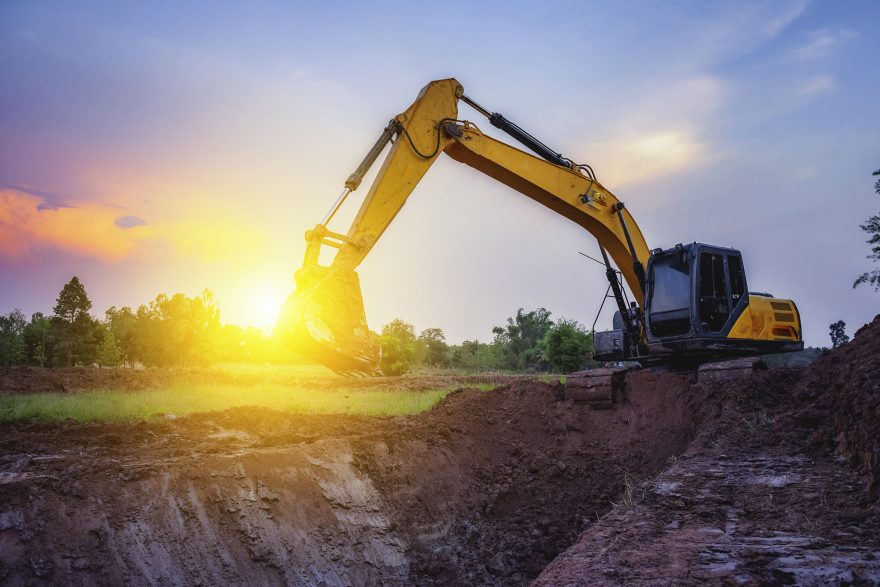 But as Linda Burdick, president of the Women Owned Business-certified operation stated, its technical portion of the Request for Proposal, combined with the company’s track record of environmentally sensitive projects in the Lake Tahoe basin, made it the smart choice. Burdick Excavating might even complete the project a year ahead of the projected December 2019 completion date. That can happen, Burdick says, when she, husband Randy and the rest of the crew—“the extended family”—are literally living their work.

“Almost all of us have been living onsite since mid-April” Burdick tells Blueprint via cellphone in mid-July. “Our office is located on-site, and is fully operational as well, even though we are off the grid.”

That said, their latest home away from home wasn’t easily accessible when work commenced in early April, the Sunset Campground being 15 miles off a main road and the crew having to plow snow off of the access road, as well as five loops of campsites, for ingress and egress. Nor was there much in the way of creature comforts.

So a pioneer spirit is well-advised for those vying for a project in this part of the Wild West. Same for an appreciation of nature’s wonders, which are bountiful in these very scenic and forested highlands of eastern California. 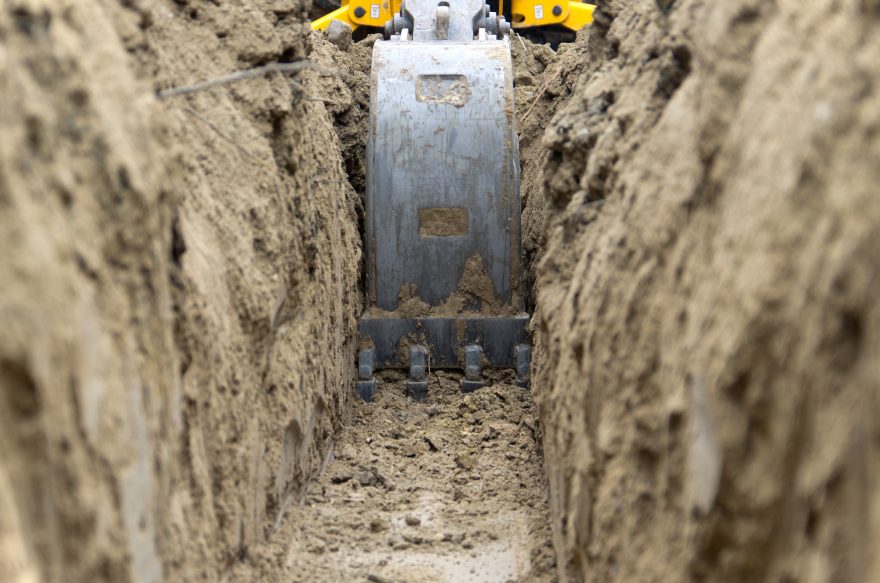 The Burdick crew nurtures such sentiments as well as a record for completing work on time and under budget. Just the kind of company that could be depended upon to get this campground reopened a year earlier than the contract mandates, with up to a half-million people visiting the Crystal Basin annually.

Situated on a 30-acre peninsula in a reservoir, nearly a mile high in the Sierra Nevadas, the Sunset Campground and six others were showing the wear and tear of extensive use, necessitating complete re-dos, with Burdick Excavating’s efforts enhanced by subcontractors bearing SMUD’s Supplier Education and Economic Development (SEED) designations.

Further efficiency comes from Burdick Excavating having been awarded a contract last year by the Tahoe Truckee Sanitation Agency, which allows some of the crew to work simultaneously on both projects.

If Burdick has to prepare an RFP for another SMUD contract, she will again reference the 25 awards received from the Tahoe Regional Planning Agency (TRPA), for excellence in environmental projects within the Lake Tahoe basin. Whether it’s installing fish ladders, remediating drainage issues, controlling erosion, stabilizing river banks, restoring stream beds, building bike trails, revitalizing downtowns or campgrounds, few if any companies can boast the credentials of having done so well for so long around Lake Tahoe. Burdick is now in its 35th year in the industry, with many of the same crew members who started with them. 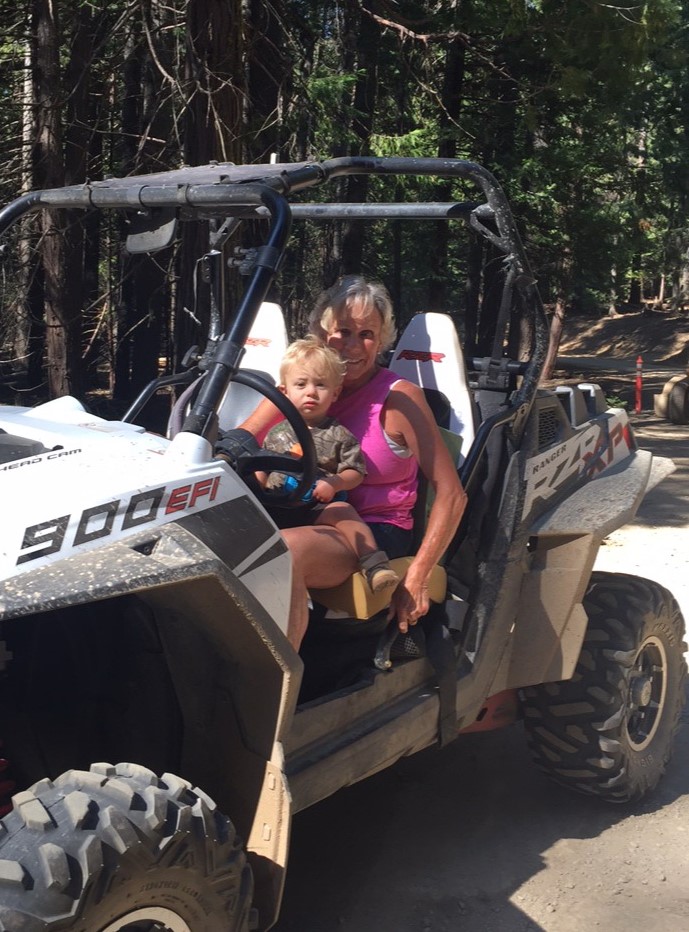 A jewel of a waterway Lake Tahoe may be, but maintaining its clarity takes the kind of diligence that Burdick Excavating has displayed for over three decades.

Over a decade ago, the speed that water was running into Lake Tahoe’s main tributary—the Upper Truckee River—was eroding its banks, carrying excess sediment into the lake and negatively affecting its clarity. Burdick recalls the work as if it were just yesterday, detailing how the crews re-dug around 3,200 linear feet parallel to the river, by-passing the river while reconfiguring the channel to slow the flow, and following up that work by revegetating and armoring the banks, and filling the old course of the Upper Truckee River.

The company’s biggest challenge actually may have come a couple of years earlier, with the installation of 13,000 linear feet of 18-inch high-density polyethylene (HDPE) line on a two lane highway adjacent to Lake Tahoe’s east shore. Another challenge was the Van Sickle Bi-State Park, under the gondola at Heavenly Valley Ski Area, in both California and Nevada.

Adept in urban areas as well, the company refurbished a mile of the Tahoe City downtown strip, building new curbs and gutters, creating a new road base, paving, installing new landscaping and lighting, paving stone sidewalks and creating concrete and granite features. Though the company had a three-year timeline, it finished in two.

“If we make a commitment, we get it done, no matter what it takes,” says Burdick, an Easterner who co-founded the company with her husband in 1983, and with financial assistance from her mother who loaned the couple money for a dump truck and financed 95 percent of the cost of their first backhoe.

Since then, Burdick Excavating has evolved into a firm with a bonding line of $20 million and a workforce of about 30, most of whom you’ll now find a good way from their homes, deep in the Sierra Nevadas.

“I can’t say enough about our crew,” beams Burdick, who runs the office on the jobsite with her full staff, while Randy directs the actual on-site work of the project. “We’ve got three generations working today—grandfathers, fathers and sons, some of whom have never worked anywhere else as adults. It’s a family atmosphere, with a lot of commitment and loyalty inherent in our crew.”

A crew for whom a fringe benefit might be a cool mountain morning and a colorful sunset. Maybe even the laughs from seeing a black bear scurrying off with the breakfast fixings at the July 4th party that included wives and children at the campgrounds. 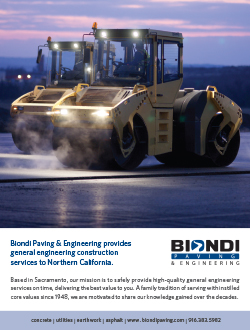