Wichita, Kansas, is in the heart of Tornado Alley, the swath of south-central U.S. states especially prone to the most severe wind and hailstorms. According to the Tornado History Project, since 1950, Kansas has seen more than 4,000 tornados. Hundreds of those have passed through Wichita.

Then, there’s hail. According to the National Oceanic and Atmospheric Administration, the Kansas City hailstorm on April 10, 2001, caused $2 billion worth of damage, making it the costliest hailstorm in the U.S. Several years ago, in Wichita, a hail storm produced a 7-inch hail ball that weighed in at an amazing 1.3 pounds.

While Buckley Roofing has done its fair share of storm repair work, the contractor does not push roofs it knows are susceptible to storm damage—a means of ensuring future business among the unscrupulous. Instead, Buckley Roofing encourages its clients to purchase high quality, storm-resistant roofing that is warranted for hail as large as four inches.

“What we promote is in the best interest of the customer, not necessarily our best interest,” says Ed Frederick, owner and president of Buckley Roofing. “We hope there’s enough customers out there that listen to us that we can start selling more hail-resistant roofing systems in this area.”

According to Frederick, Wichita is in the number one hail zone in the U.S.

“Kansas gets hit so often the insurance carriers said, we have to raise deductibles because we’re paying for too many roofs,” Frederick says.

Buckley Roofing presents alternative, premium roof systems to its clients. Those are hail resistant and often offer warranties for damage caused by hail less than four inches in diameter. While the roofs cost more upfront, they reduce the chance that a company might have to meet $25,000 deductibles multiple times each year in order to repair storm damage.

“We think we need to present that to these business owners because it’s a business decision for them,” Frederick says. “… so we present all the facts and let them make an educated decision.” 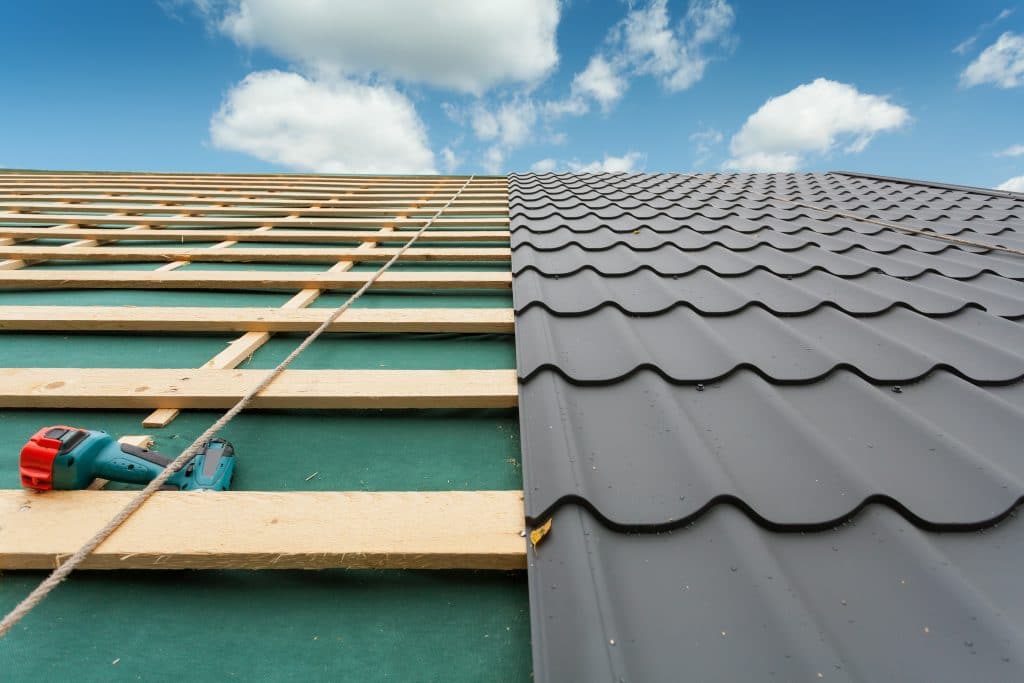 So far, customers like Koch Industries, the largest privately held corporation in the U.S., local schools and Knipp Services, an HVAC contractor serving the Midwest, have purchased the premium, storm-resistant roofing. In the last few years, manufacturers have made significant improvements to the roofing materials they offer, Frederick says. New roofing membranes and adhesives from manufacturers like Carlisle SynTec Systems offers added protection and a 120-mile-per-hour wind warranty.

“On average there’s 12 chances per year of having a major hail event that could total your roof system,” Frederick says. “More and more [customers] are opting for that premium roof system.”

Frederick is especially clear about one thing: Buckley Roofing does not chase storms.

“We feel like we need to stay here and take care of our customers properly,” Frederick says.

Founded in 1883, Buckley Roofing was incorporated in 1971 when parts of the business were divided among family members. Frederick joined the company in 1982, and when the fourth generation of Buckleys decided to become an eye doctor, Frederick purchased the company.

Today, Buckley Roofing says it is raising the bar for the entire industry.

For years, the company watched as “fly by nights” would come to Kansas following a large storm. In many cases, they’d offer customers inexpensive roofs that would barely withstand the next storm. In other cases, they’d collect customers’ deposits and flee town.

So, Buckley Roofing worked with the Kansas Roofing Contractors Association to create the Kansas Registration Act, which passed in 2013.

That act requires roofers to register with the state, and to the surprise of Buckley Roofing, even insurance companies supported the act. While it did raise the cost of roofing a bit, the number of reports of customers paying a deposit only for the contractor to disappear have diminished.

“The Airplane Capital of the World”

Of course, Wichita isn’t only known for hailstorms and tornados. It’s also known as the “Air Capital of the World” with several airplane manufacturers, including Textron Aviation, Spirit AeroSystems Inc. and Bombardier, and their suppliers all located within the city.

When fully assembled, airplanes can fly through rain, sleet and snow, but while they’re being made, they need to be sheltered from the elements. Buckley Roofing has done just that for decades.

Buckley’s longtime clients include airline manufacturers like Spirit AeroSystems, which is headquartered in the Wichita facility formerly occupied by Boeing. 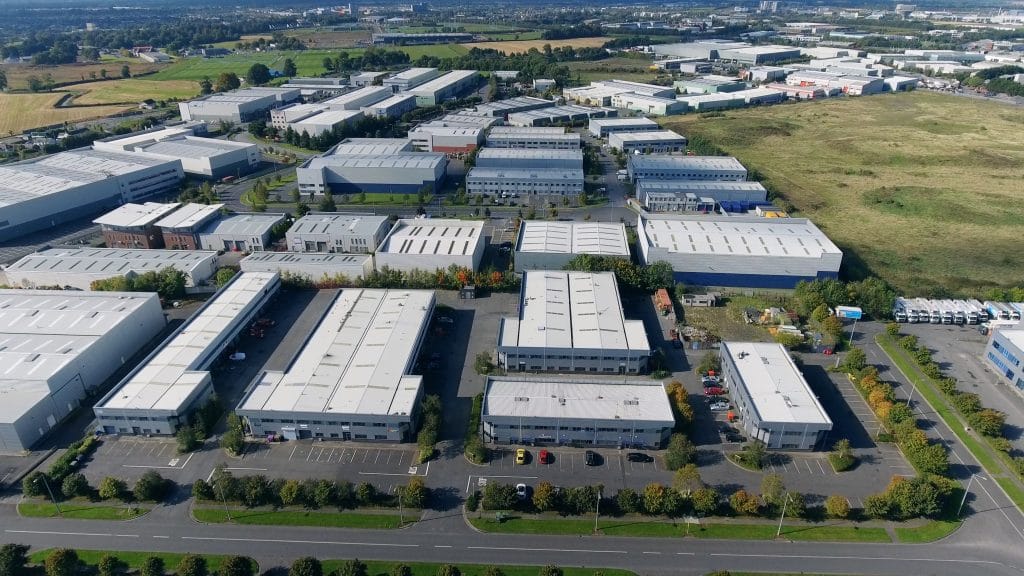 “We’ve been on that site for the last 17 years, maintaining that roof,” Frederick says. “We’ve responded to multiple tornado strikes over the last 25 years, so we know how to manage these big catastrophes.”

In 2012, Wichita endured an unusually high number of storms, including a tornado that left Spirit’s facilities badly damaged and inoperable. That put 11,000 people out of work, so as many as 1,500 to 2,000 construction workers swarmed the site, doing everything they could to get the plant back online.

“They had blue sky,” Frederick says of the roofless buildings.

Buckley Roofing served as the lead roofing contractor, and enlisted a team of five subcontractors to assist with repairs for the first 60 days. Buckley Roofing dried-in the buildings in just 11 days, though the full scope of repairs took nearly two years.

The company has received two Gold Circle Awards from the National Roofing Contractors Association, which is like winning an Oscar, twice, Frederick says. One of those was given for the company’s work restoring an ornate, 400,000-square-foot roof originally built in the late 1800s.

In many cases, long-standing client relationships allow Buckley Roofing to come up with creative solutions.

“We’re pretty proud of our workmanship and we tend to go after some of the most difficult projects,” Frederick says.

As Wichita State University prepares to release several projects for bid, including one with a copper dome roof, Buckley Roofing hopes to take part. The company is also preparing to work on the copper dome of a Catholic cathedral in downtown Wichita.

Thanks to loyal and repeat customers, Buckley Roofing hasn’t had to do much advertising, says Chief Financial Officer Rod Thimesch.

“We’ve got good, loyal customers,” he says, “which is a blessing, especially considering how much roofing has been completed in the last few years.” 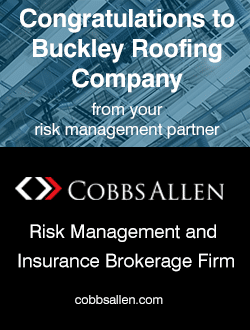 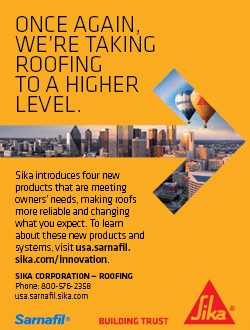 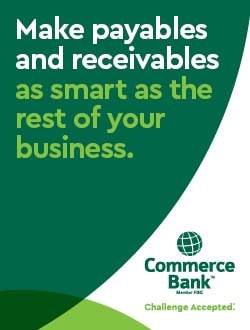 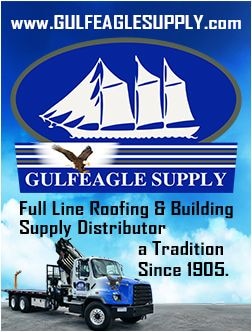