He was there when the Today Show studio needed a makeover. He regularly rubbed elbows with the cast of Saturday Night Live. When NBC News anchor Brian Williams implored someone—anyone—to stop the rogue fire alarm interrupting a now-infamous 2012 broadcast, it was he who finally shut it off. (You can find the video on YouTube.)

All told, Bryan Antoncic helped improve more than a million square feet of space at 30 Rockefeller Center, one of New York City’s most iconic addresses—and a place he practically called home for the better part of six years. 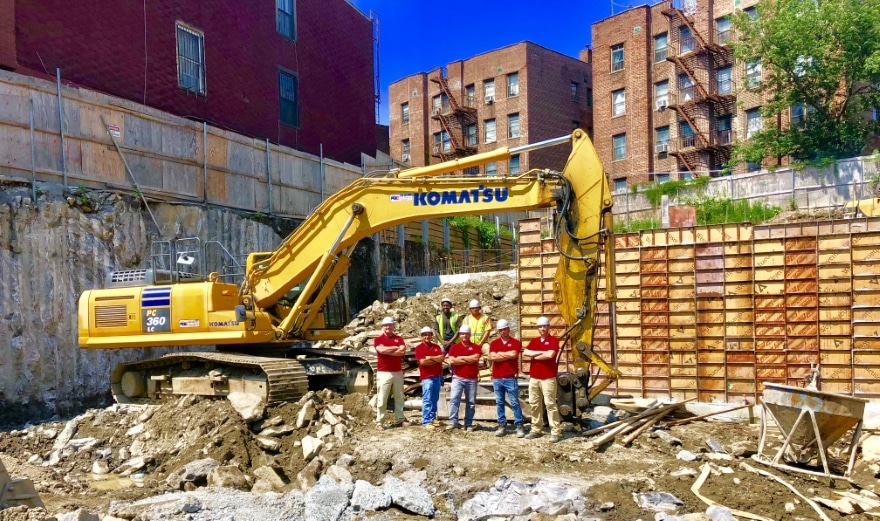 Today, he’s leading efforts to build a bevy of low-income housing units in the Bronx.

A step back? Antoncic certainly doesn’t think so.

“I’ve always been someone who was drawn to new challenges,” says Antoncic, managing director of design and construction for the Yonkers-based UA Builders Group. “I’ve never let myself be satisfied or stagnant. I have so many incredible memories of working at 30 Rock. But sometimes you just need something new.”

It all started in the woods behind his childhood home in Chappaqua, New York, where Antoncic would spend long summer days building forts and treehouses. In winter, or whenever the weather was bad, there was the box of LEGOs on the living room floor.

But it was Antoncic’s dad and uncle—one a real-estate finance executive, the other a building trades lifer—who had the strongest impact on his grand designs.

“One was white collar, the other was blue collar, and I think having both of those perspectives really helped shape me,” Antoncic reflects. “I was just shoveling material around a half-hour before this interview. I get that from my uncle. But I can also sit at a corporate boardroom and talk about a $200 million budget with investors and lenders.” 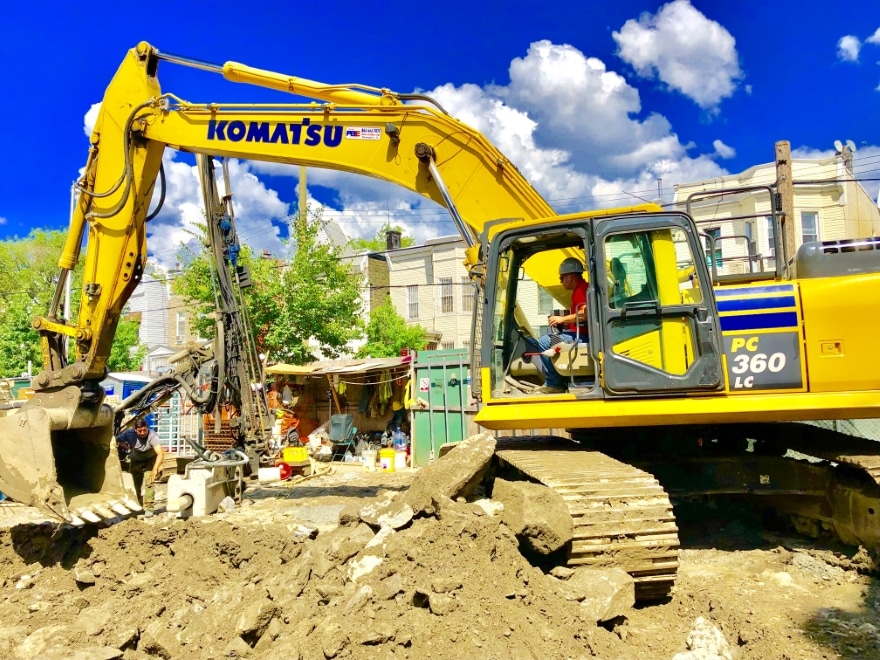 After earning a degree in real estate and operations management from Johnson and Wales University in 2007, Antoncic hit the ground running, joining the White Plains-based Cappelli Enterprises less than a month after graduation.

The following year, Antoncic was working on high-profile projects, including the ground-up construction of Trump Parc Stamford, a 34-story condominium property in the heart of Stamford, Connecticut.

By 2009, however, the nation’s growing recession was beginning to take a heavy toll on the construction industry—Cappelli included. Out of work and wondering where his career would go from there, Antoncic returned to working with his hands.

“I took whatever work I could find, mostly interior renovations with some close friends,” Antoncic recalls. “Eventually I started getting some work in Midtown Manhattan, which exposed me to the high-end property space. Even though the economy was struggling, I saw there was a market there.”

In the aftermath of Hurricane Sandy, Antoncic all but lived at 30 Rock, where he helped set up living quarters and organize meals for displaced staff. During the Olympics, he was regularly pulling 18- to 20-hour days, ensuring NBC’s temporary studios were running smoothly.

“Never in my life did I think I’d be rubbing elbows with [iconic singer] Tony Bennett in an elevator,” Antoncic recalls with a laugh. “It was an absolutely crazy three years.”

Ever one for new adventures, in 2014 Antoncic accepted a position as project manager for Fuller Construction Management. Soon thereafter, he served as lead project manager for the Ritz-Carlton Residences, a massive condo complex—featuring 124 units and a 12,000-square-foot clubhouse in phase 1—located on Long Island’s prestigious North Shore.

Eleven months later, NBC Universal approached Antoncic about returning to 30 Rock, this time as director of construction and facilities. 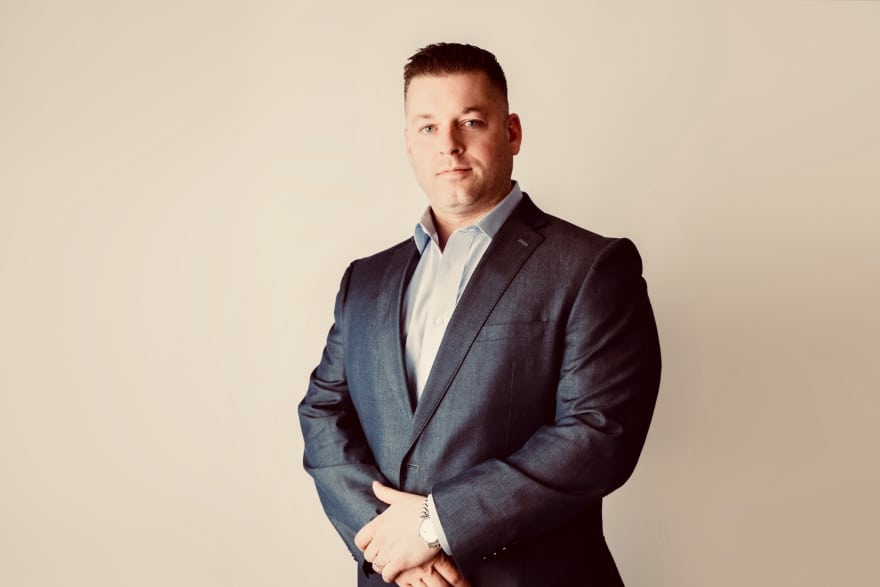 One of the companies that Antoncic frequently subcontracted to was the Long Island City-based UA Builders Group, which oversaw some of NBC’s most important design-builds. The more Antoncic learned about the scope of UA’s work—particularly its commitment to building low-income housing and the innovative technology of BIM/3D scanning—the more both sides saw a potential fit.

“They had an incredibly strong design team, and that really appealed to me, and I think they appreciated my formal construction background,” Antoncic reflects. “I realized very quickly that the products they were building were in high demand, and I very much wanted to try my hand in that market.”

He wouldn’t have to wait long. In 2018, the company broke ground on a series of moderate- and low-income housing projects in the Bronx. Slated to be completed later this year (on time and on budget, according to Antoncic), the units—99 of them in total—will feature a number of high-end amenities.

The projects are being received so well, in fact, that UA is already breaking ground to build another few hundred units by 2020, with Antoncic once again running the point. These upcoming projects include 2065-2067 Ryer Ave. and 3168 Villa Ave. also in the Bronx.

“One thing I always look forward to is leading my own team and mentoring them on all aspects of strategic planning, and these projects are a great example of that,” Antoncic says. “Whenever you can give back to your tea members, that’s a good feeling.”

As he reflects on his brief-but-busy career—one that’s required him to toggle between “Carhartts and Canalis”—Antoncic’s most memorable accomplishment isn’t a luxury high-rise or multimillion-dollar renovation, but the relationships he’s forged along the way.

“If you don’t have mutual respect with your contractors and vendors, if you don’t show respect and professionalism no matter the circumstances, you’ll never have real success,” Antoncic says. “You have to be able to adapt to every environment and every personality type. More importantly, you have to give people a chance to prove themselves. That’s what separates the good teams from the great ones.” 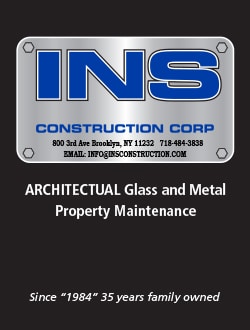 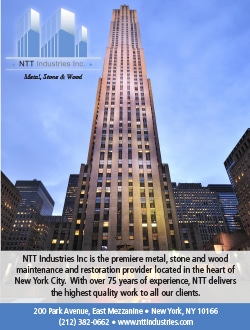 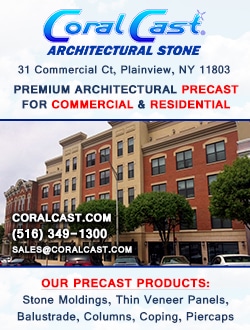