Building on decades of construction experience

Most six-year-olds spend their days playing with toys or watching Paw Patrol, Odd Squad or SpongeBob SquarePants. It was different for Bruce Meyer. 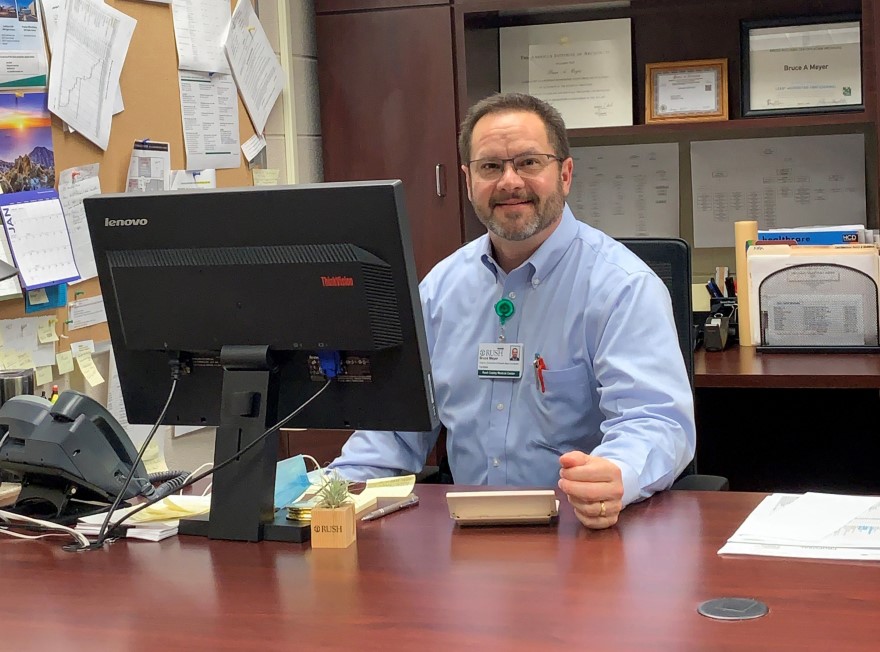 As a young child growing up in rural Illinois, Meyer would sit at a small table with paper, a pencil and a ruler, drawing his family’s house. He’d re-imagine the floorplan so an extra bathroom would be added or move things around so his bedroom would be bigger.

Early in his high school days, he unsurprisingly expressed an interest in architecture, but was told by locals that there was no work of that sort in his town.

“I couldn’t wait to move beyond the local restrictions, and I knew I had to expand my horizon,” Meyer says. 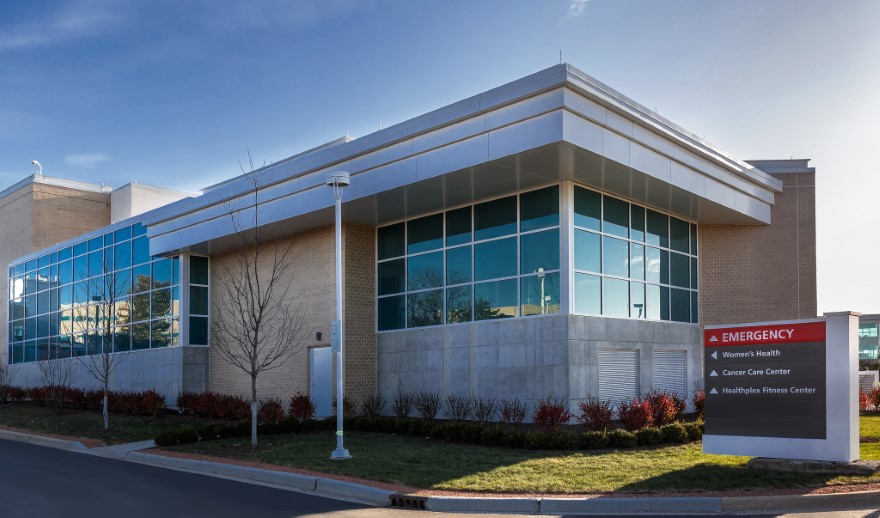 Fast forward 37 years and Meyer just completed his 31st year in architecture, the last three as the project, construction and property management coordinator for the 210-bed Rush Copley Medical Center in Aurora, Illinois, outside of Chicago.

“Making the move from an architectural office to working in health care has been a satisfying move,” he notes. “I still get to practice architecture, but I can focus on the aspects I enjoy the most—design, problem-solving and construction.”

When Meyer spoke to Blueprint in late 2020, the COVID-19 pandemic had halted a lot of the work he had planned for Rush Copley, including a major project that had already been sent out to bid.

That work entails building a new, 6,900-square-foot conference center with six conference rooms, new restrooms and other functions that allow for flexible use of the spaces. The project will hopefully start sometime in 2021, pending fiscal decisions, he says, and it’s important for many reasons. 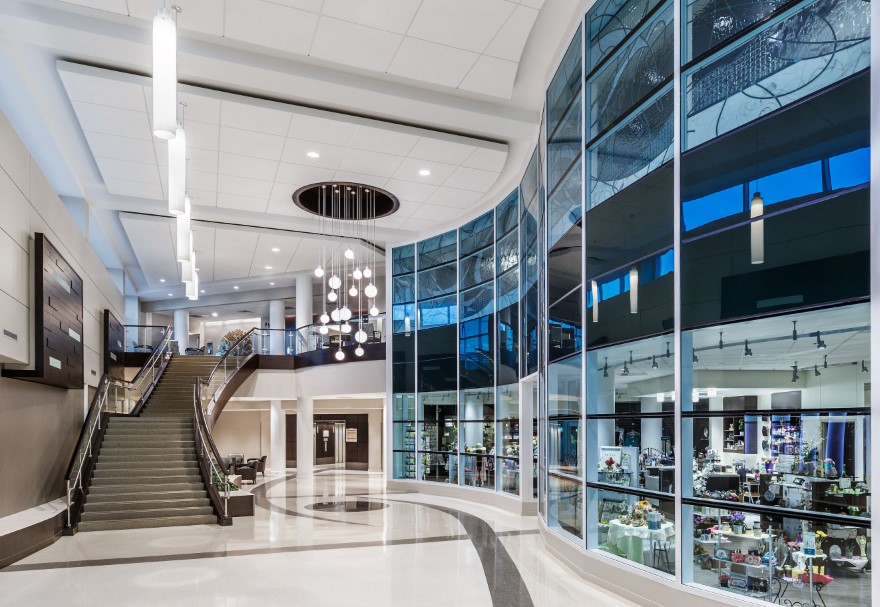 “This will free up space in our lower level for other growth, including an improved laboratory, expanded pharmacy and expansion of the hospital’s support services,” Meyer says.

He has also taken a closer look at what future work will look like at Rush Copley Medical Center because of the pandemic.

Providing flexibility in space planning will be an important aspect of future designs to provide a safe environment for both patients and staff, Meyer explains.

“I think there will be changes to designs as well as HVAC systems, compared to the way it was pre-COVID,” he says.

Rush Copley recently completed a large main entrance expansion and the addition of new operating rooms during a four-phase project. It wasn’t completed all at once because the work was in one of the most sensitive areas of the hospital. The facility needed to maintain critical patient services, as well as a functioning main entry. 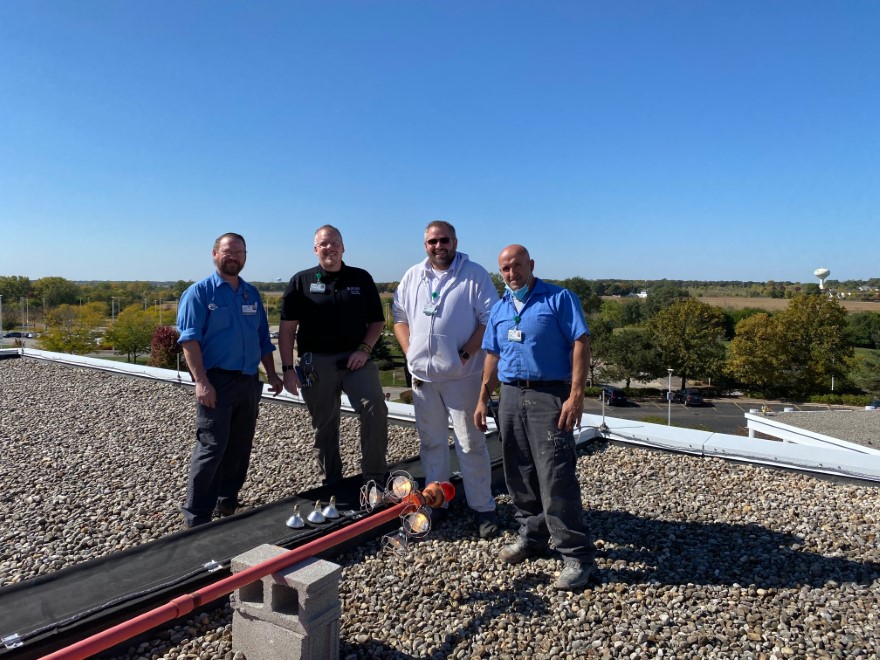 “It’s become so competitive between hospitals,” he adds. “Even things like the front lobby—there’s an emphasis on technology and hospitality. You have to provide a visual impact on people when they walk into the building.”

Another project underway is the multi-year upgrade of 129 patient rooms within the hospital. Meyer says everything is being upgraded and updated, including plumbing fixtures. All the lights are being changed to LED bulbs for increased efficiency and reduced operating cost, and exterior walls are receiving additional insulation. Windows are also being upgraded to more energy-efficient models.

“We’re renovating about three to six rooms at a time, and we’re working with the department managers to figure out what work we can do now and what we can do next,” he says.

The career of a lifetime

After attending community college in his hometown, Meyer graduated with a degree in architecture from Southern Illinois University and quickly took his first job with Jensen & Fore Architects, working mainly on retail shopping centers. He stayed for a few years before he moved on to a residential firm, Parsons & Associates.

There, Meyer worked on all phases of design and construction for high-end residential developments for nearly six years. He then joined Anderson Mikos Architects, where he worked for nearly two decades and ultimately became a senior project architect. 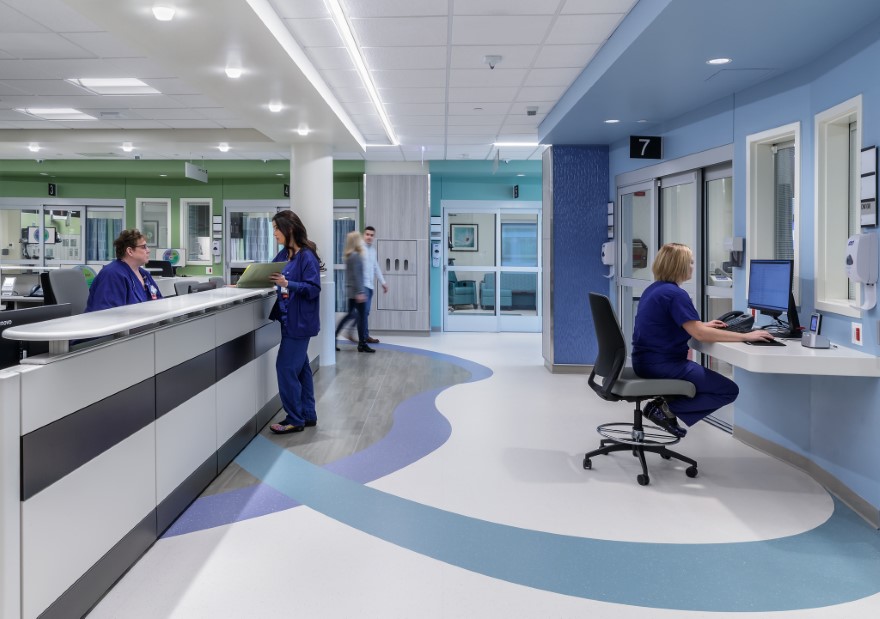 At Anderson Mikos, Meyer managed healthcare design projects from inception to completion, including working with designers and planners. He led projects from small renovations of facilities and departments to new construction within hospitals, medical centers and physician office buildings.

“I managed the project production team and project consultants, and I worked with owners and end-users to achieve the desired outcome,” he says. “I had three or four main clients with their own preferences and processes.”

From Anderson Mikos, he made the move to Rush Copley, first as project and construction coordinator, in August 2017.

Meyer still considers himself a working architect, though his responsibilities for Rush Copley go far beyond that. He is on-site during each project, does the design planning, manages the bidding process and oversees the progress. It’s just the way he wants it.

“I still do all the parts of the job I like, but now I’m not worrying about coordinating production drawings,” he notes. “Now most of my work involves more meetings and coordinating the needs of each department involved with projects, while keeping up with property management functions.”

Quite a way from those childhood sketches of his home. 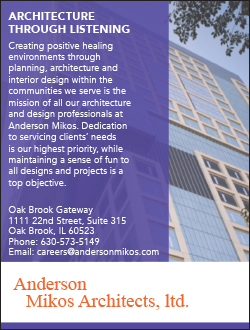 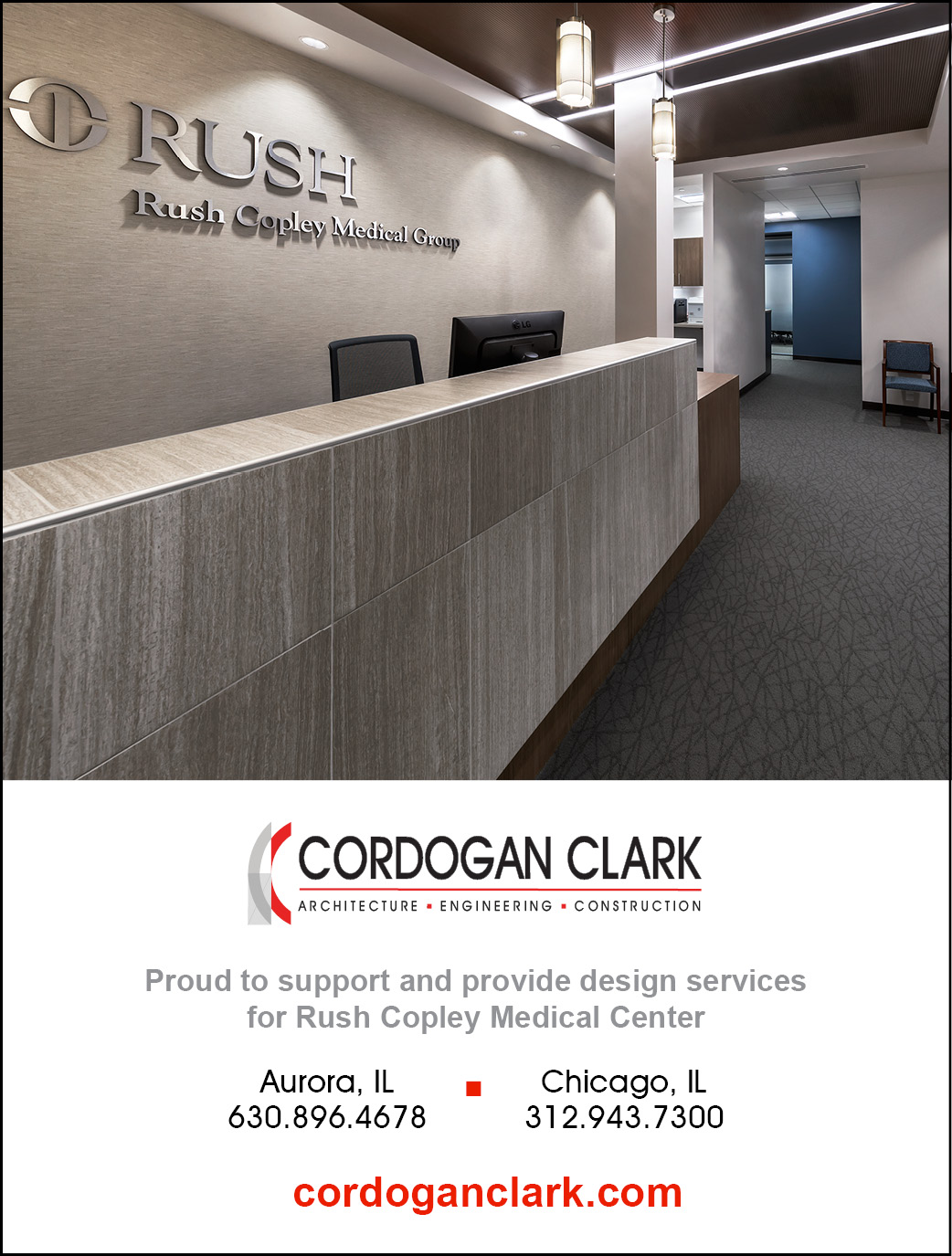