A big man for campus health and safety

He’s doing all he can to sustain a sense of normality for academic and social life at Stonehill College in Massachusetts. Safety is Bruce Boyer’s priority as he tells Blueprint during an autumn interview when the small, Catholic liberal arts campus is quieter than usual.

Residence hall occupancy is at 1,500, down from its usual 2,300, with hundreds opting to commute or study remotely. A Division II school, Stonehill has cancelled fall sports season although practices are allowed in groups with a maximum of five players. 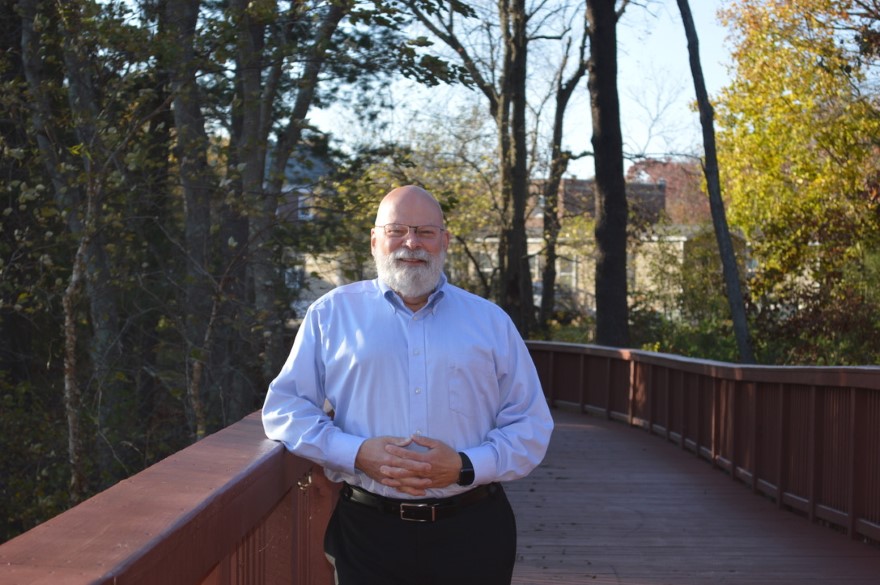 With Alumni Hall being underused, the college transformed it into a COVID-19 testing site, with all students, faculty and staff being tested at least once a week and the college covering the costs.

“All in all, a fairly straight-forward setup,” says the cordial Boyer who’s served as director of facilities management since 2008. “We added tables, plexiglass, testing booths, clear directions and signage while making sure there is plenty of space to ensure physical distancing. We set up tents outside and an online checklist that everyone must complete, covering the required questions about temperature, contact with others, travel, exposure and illness.”

The college has partnered with the Harvard- and MIT-affiliated Broad Institute and with Compass Medical—an affiliate of Steward Health Care—for Monday-Friday testing that’s part of a larger strategy to combat the pandemic. The square footage of all classrooms has been tabulated to accommodate maximum capacity under new regulations, and all have been stocked with disinfectant wipes and signage highlighting safety precautions. 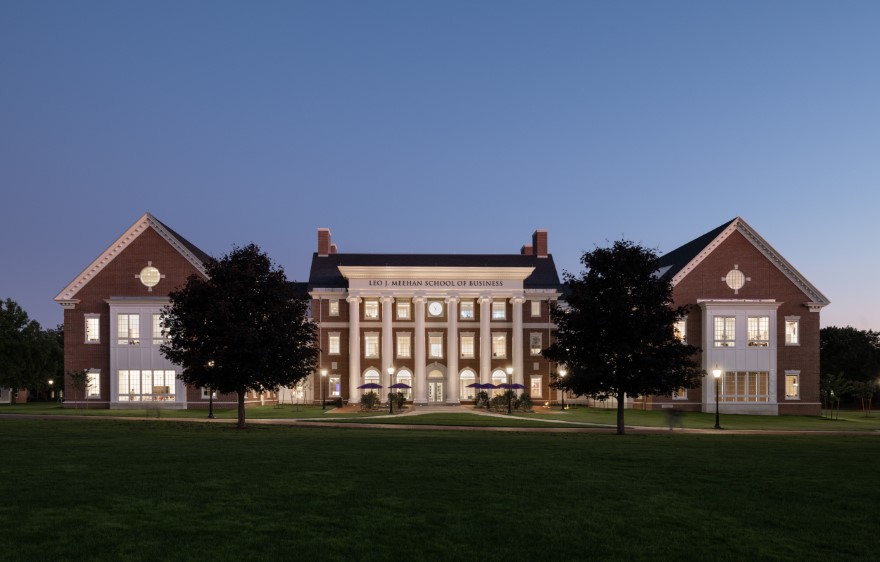 In addition, the college maintains supplies of personal protective equipment, electrostatic sprays and other resources. The academic year has also been reconfigured with no breaks during the fall and spring semesters.

“I tell the staff every day, ‘Work hard to keep the students here,’” Boyer says. “Every school has been hit hard financially, and the last thing we want to do is to tell the students we have to close and switch to distance learning. It’s costly to the college and not the direction anyone really wants.”

Boyer will be understandably disappointed if two relatively new buildings go underused during the pandemic, for these have been among the most exciting projects during his dozen-plus years at Stonehill.

The $35 million Leo J. Meehan School of Business opened in August 2019, changing the face of the campus and offering cutting-edge technology, adaptive classrooms and collaboration space. It blends undergraduate business education with a healthy dose of liberal arts, and the school has already won acclaim for inspiring critical thinking and problem-solving in young people. 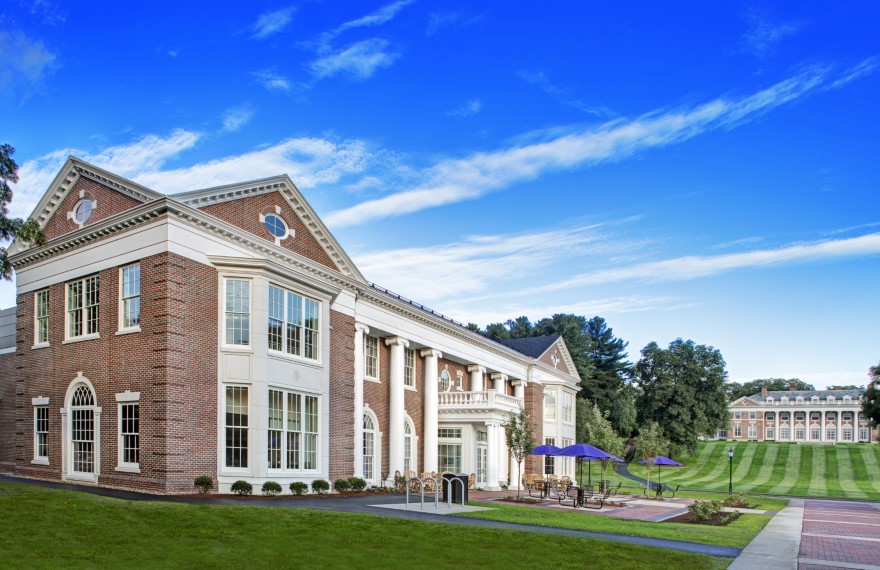 Then there’s the Thomas and Donna May School of Arts and Sciences building, which opened in August 2018. This is also home to the college’s Admission Welcome Center housing numerous classrooms, a 360-seat auditorium, a bookstore, an Au Bon Pain Café and an outdoor terrace.

“Together, Bruce and I have built three major projects on the Stonehill College Campus,” says Dan Ramos, BOND’s vice president of operations. “From my perspective, Bruce is an extension of the BOND Building project team. As an owner, he understands the deep complexities of building, specifically cost analysis, serviceability, maintenance, and accessibility.”

Partly because of the pandemic, there are no major construction projects underway, but much preemptive maintenance. Another reliable vendor, VERTEC Corp. Of North Easton, Massachusetts, recently implemented Plexi-Glass walls and partitions as part of the college’s pandemic protoco.

“We are proud to know that Bruce and his team had the confidence in VERTEC to get this done in a very short time period in order to get the students back on campus and in a safe environment,” says Sue Rich, the company’s assistant office manager.

Any college or university being a living, breathing institution, there’s never really an off day for those in charge of keeping it in prime working order. It’s also essential to keep the campus looking its best, he reminds, as first impressions mean so much to high school seniors pondering their college choice. 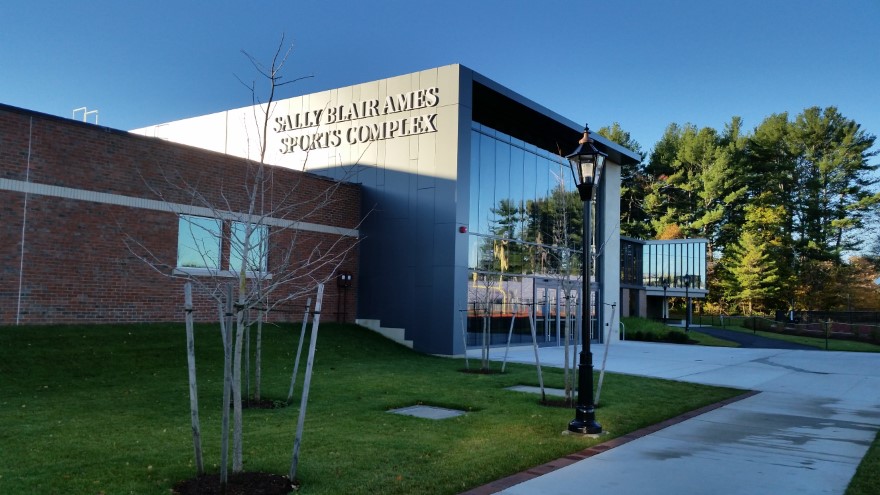 And there’s something special about Stonehill, says Boyer, a construction veteran with 40 years of experience, who joined Stonehill after spending a decade in a similar role at Wentworth Institute of Technology where he earned a degree in engineering technology while on the job.

But there are also dissimilarities in his roles at the two schools, Boyer says, starting with the compactness of the respective locations. Wentworth is in the heart of Boston, a few blocks west of The Fenway. Its 1.3 million square feet of facilities on 36 acres abuts trolley tracks, congested streets, schools and other assorted wonders of the urban landscape.

While Stonehill has around the same square footage in facilities, it’s spread over 384 acres. It’s the kind of bucolic environment Boyer much appreciates and enjoys enhancing, and he’ll always be grateful to the headhunter who contacted him about the Stonehill position.

“It’s a real family atmosphere here,” he says. “Everyone knows everyone, and at a small school you get to talk with faculty, staffers and students and hear their concerns. I see myself doing this for as long as I can. I’ve no immediate plans to retire.” 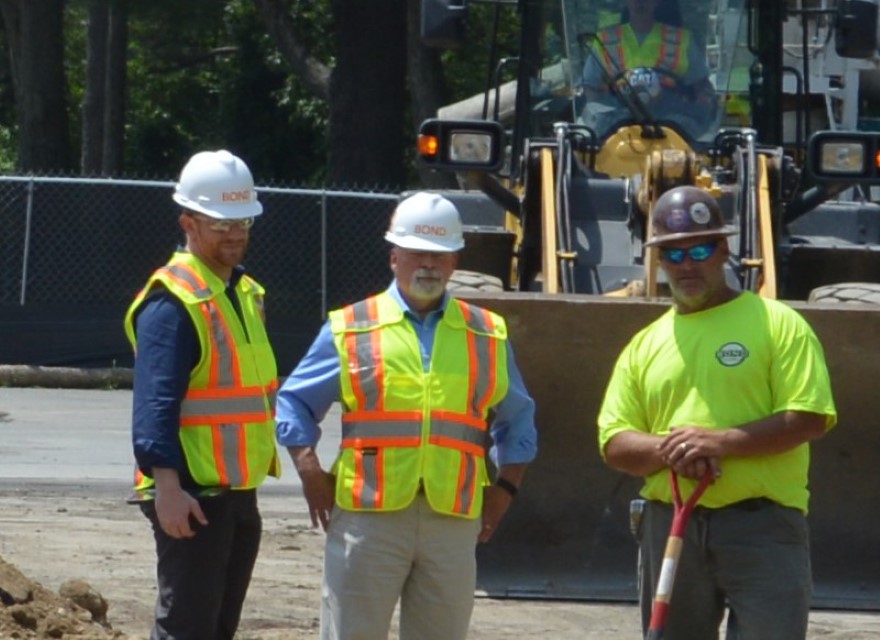 Home is just a 20-mile drive across the border into Pawtucket, Rhode Island, where Boyer and Brenda, his wife of 41 years, enjoy sea kayaking, often joined by their two grown sons. At home or on the job, he says life is good. There’s no reason to dread a Monday morning.

“I’m fortunate to have an incredible team,” he adds. “In order to make yourself as effective as possible, you have to surround yourself with good, capable professionals. I try to be hands-on as much as I can, but I can’t do the physical work, as we have a union. But they (his team of 90-strong) do the job so well.” 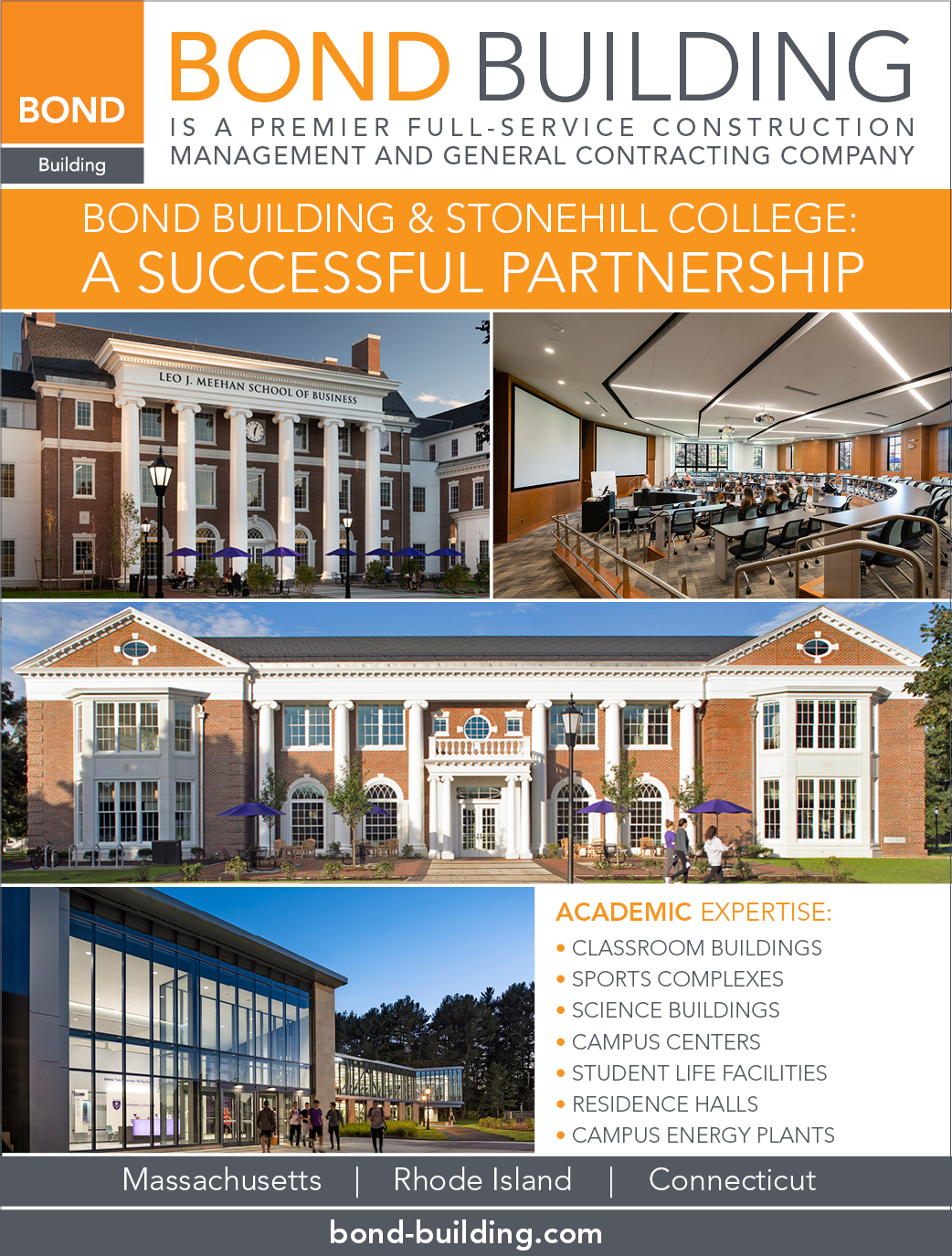 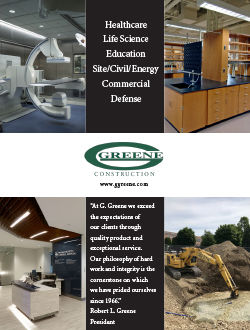 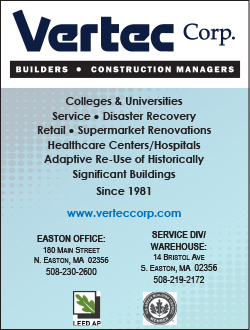 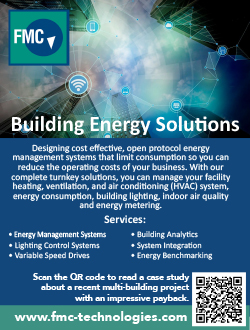