They keep their cool—and yours

As another summer heats up in the Denver metro area, dwellers can expect to endure 35 to 40 days of temperatures hitting 90 degrees or higher.

It’ll be times like these when many of them will discover—the hard way, of course—that their air conditioning isn’t humming up to full capacity. Well, good luck finding an HVAC technician who can deliver prompt service at reasonable rates during a heat wave.

But if those folks had the foresight to take advantage of a preventive and proactive maintenance program offered by a local company—Brothers Plumbing, Heating & Electric—they likely would not be experiencing any AC malfunctions at the worst possible time.

Just as they might not be troubled by heating issues and no hot water in the dead of winter. Whatever time of year it may be, a Brothers crew probably would have identified potential problems and remedied them before any household was left sweating or freezing.

“Your peace of mind is our goal,” says Lynn Tomasek, president of the company that her now-retired father, Marvin Kansteiner, co-founded in 1980 with his brother in the Denver suburb of Thornton. “We have the people and expertise in place to fix little problems before they become big ones.”

Tomasek is referring to the Home Care Club that was launched a few years ago. Four times a year, for a monthly fee, Brothers technicians visit a customer’s home and complete a comprehensive inspection of the unit’s plumbing, heating, air conditioning and electrical systems. While most of the company’s clients are residential, Brothers does have a small commercial clientele, as well.

Nothing’s left to chance, she assures. The plumbing inspection covers every water heater, supply line, shut-off valve, sink, faucet, drain and sump pump. The heating checkup includes a furnace or boiler cleaning, while meeting the manufacturer’s safety standards. The air conditioning test keeps a system operating at full capacity, while the electrical system is the subject of a 57-point check to ensure its safety and integrity.

Should the inspection reveal shortcomings, the customer further benefits from discounts on repair and replacement. With a network of trusted suppliers at its disposal, Brothers has access to a full line of anything on the utility front such as water heaters, drain cleaning equipment, air conditioners and high-performing toilets. At any given time, the company likely has 30 trucks on the road—“warehouses on wheels”—tending to over 100 service calls daily, in Denver and its suburbs, and there’s no higher charge for evening and weekend service.

“We understand that when systems break down, no one wants to wait a day or two,” Tomasek says.

Especially during the kind of weather extremes to which the Mile High City and its neighboring communities are so prone.

A graduate of Montana State University with a degree in business technology, Tomasek and her two siblings bought the company from their father in early 2015. Her sister, Michelle Carwin, serves as treasurer and secretary while her brother, Justin Kansteiner, is vice president in charge of operations. All three learned the Brothers operation from the ground up, with Tomasek serving as human resources director and marketing manager from 2000 to 2014.

“Dad established a lot of the processes, but we can’t stay stagnant,” Tomasek says. “We must make the necessary changes and adjust to new times, while carrying on the ethics and mission that Brothers was founded on.” 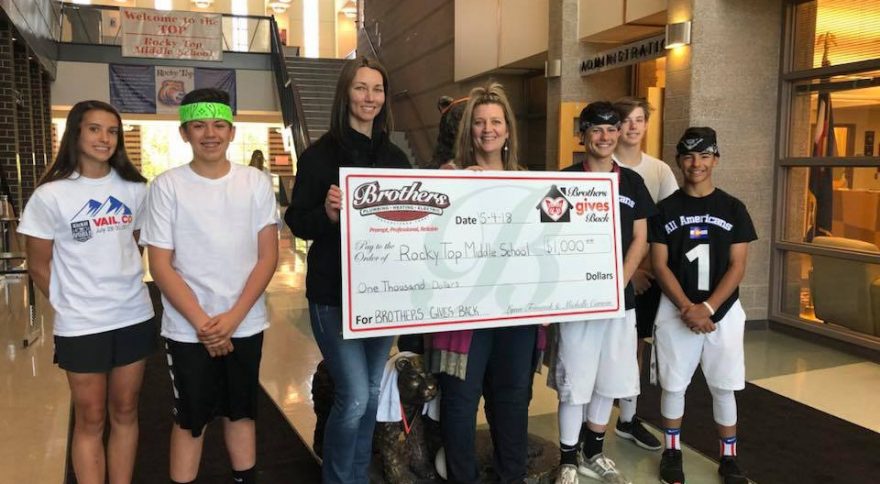 Among the more recent challenges, she says, is finding capable people to round out the Brothers team of about 65. For whatever reasons, today’s young people often aren’t drawn to the trades, despite ample opportunity and the prospects for a rewarding livelihood.

With the Brothers operation listed among The Denver Post’s top places to work in both 2017 and 2018, the company might have an easier time than its competitors when it comes to filling vacancies. That makes it possible to be discerning, with applicants duly screened in such areas as driving records, drug tests and background checks, as well as all-around moral character.

“We can teach them the technical skills, but we are looking for good character and attitude before we’ll welcome them aboard,” she says. “We work very hard on recruiting, just like we do with marketing, through direct mail and online presence. We are always tracking our results and the returns on investment. Two traits we look for in our team members is for them to be humble and hungry.”

After all, those new hires will be entrusted with visiting customers’ homes and building the long-lasting relationships that Brothers has so valued for 38 years. That includes giving the client a precise price with options, before any work begins, as well as information about financing.

Then there’s the community support that the founders always believed in. The successors have continued this tradition of giving back to their community through their monthly $1,000 donation to a charity or goodwill cause that clients can nominate through the Brothers website.

A couple of years ago, Brothers answered a request from a boy who expressed the need for a 3-dimensional printer for his charter school. This past April, Tomasek was at the school to hear that boy, now an eighth-grader, articulate just what a difference that machine has made to him and his classmates.

“It’s nice knowing that we’ve made a difference,” Tomasek tells Blueprint. “We want to make a positive impact on our community.”

Such charitable endeavors dovetail well with Brothers’ overall mission. “We care,” Tomasek likes to emphasize. She and her brother and sister are proud to carry on the business that their father and uncle started, and they feel they’ve saved their clients money and headaches by preempting little problems before they really festered into big ones.

“For us it’s all about our culture,” she says. “It has to do with the people we hire, the way we perform and what we can bring to our community. It’s a win-win-win philosophy we espouse.” 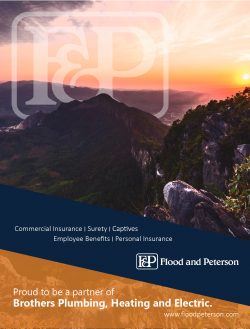