Even a digital schoolhouse needs a brick and mortar home. 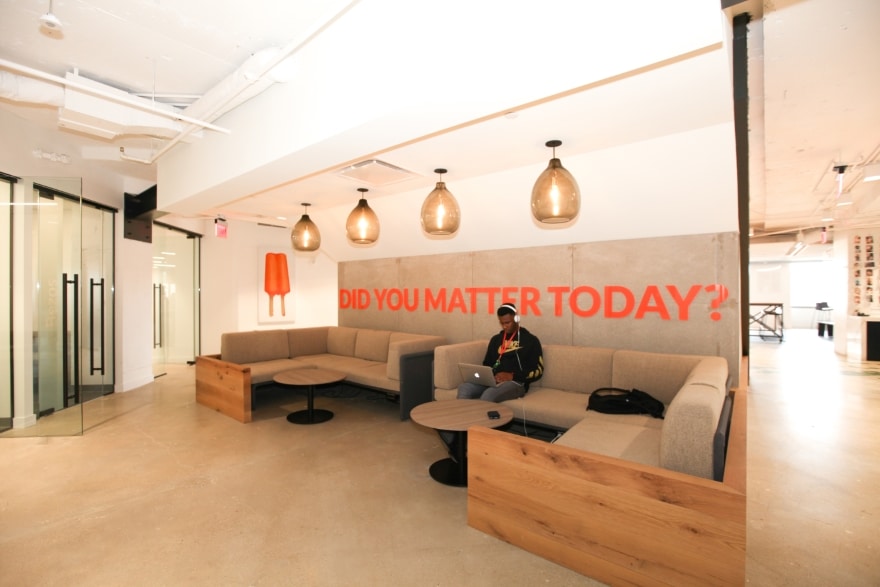 Planning for the move from its old location to the new one began in 2018, before Director of Facilities Britain Jacobson joined the company. Actually, he had a month to get up to speed on the buildout before construction began.

“I got in on the ground floor managing that,” he says, “but it is never a one-person show.”

Instead, it was an opportunity to work with a wide group of stakeholders, while allowing him ample opportunity to learn what motivates EVERFI employees.

”That also made it fun,” he says. “I was trying to figure out where people were coming from, which I enjoy.”

Founded in 2008, EVERFI offers digital courses for K-12 students, as well as adult instruction for businesses. K-12 courses include teaching compassion to elementary students, a digital wellness and safety course for adolescents and financial literacy for high school students. Jacobson says the company seeks out corporate sponsors so the courses can be offered for free.

In the higher education space EVERFI offers training to prevent sexual assault, substance and alcohol misuse, and mental well-being. For the workplace, EVERFI has courses covering sexual harassment, discrimination, and diversity and inclusion. 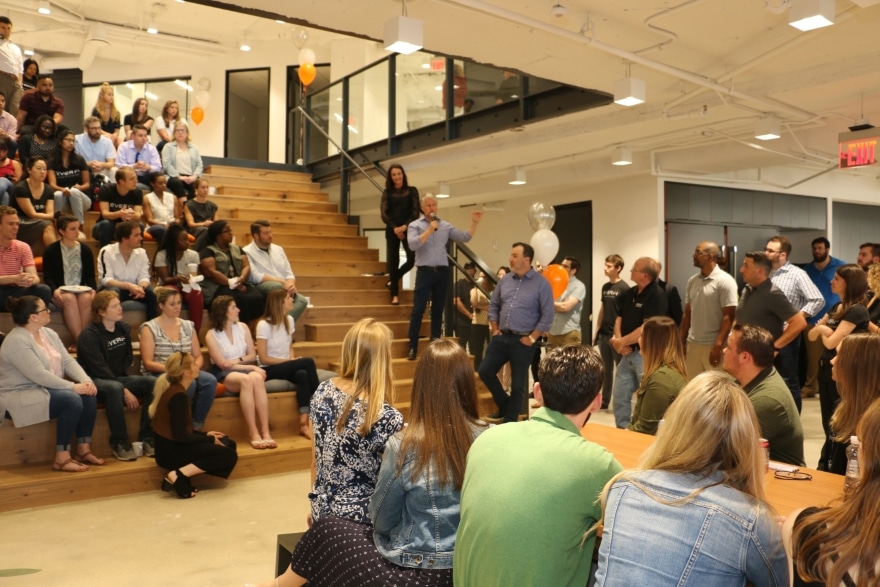 EVERFI was in a Georgetown office building that was split into mixed and residential uses. Jacobson calls it an excellent small office, but one the company had clearly outgrown.

“I had always been involved in previous projects from the very beginning,” Jacobson recalls. “I was jumping into the middle here and one of the challenges was getting up to speed while implementing all the cultural elements, design decisions and leadership input into the buildout.”

EVERFI’s new space is on two floors designed to better fit the company’s way of operating while tripling the available space. The new digs are very open, with only five private offices in the 60,000 square feet of space and open office seating, Jacobson says. There are dozens of enclosed meeting areas and because EVERFI has satellite offices in Boston, Chicago and Walnut Creek, California, there may be as many as 200 employees across the company attending meetings remotely.

Open space settings were not invented by EVERFI, but Jacobson says there are unique touches to acknowledge the prior setting and company mission.

“The first thing you see when you walk into the lobby is a wooden slat fixture overhead,” Jacobson says. “It is there to communicate how EVERFI builds an information and data system that connects partners and students.”

There is also a gallery lounge adorned with photos of students who have completed EVERFI courses. A circular pattern of sculpted books on the wall is accented by orange bands signifying the digital links to education, Jacobson says. The meeting rooms are also named for key moments in the company’s history such as the original office location and the first teacher to implement an EVERFI course.

The company continues to expand in its new home, too. It will take over the final 20,000 square feet on the second floor, ultimately leading to full occupancy on the fourth and fifth floors. Jacobson says the company is now working with A2 Design architects to blend the two spaces together and establish branding guidelines.

Jacobson was responsible for handling EVERFI’s move from Georgetown to its new N Street NW headquarters in Washington, D.C. While horror stories about relocating offices are common, this was a smooth operation from start to finish, he says.

“We had to move about 275 employees over the course of a single weekend,” Jacobson recalls. “On Friday, everyone was given bins and had to pack up. By 10 a.m. the next Monday, everyone was in the trenches and back to work.” 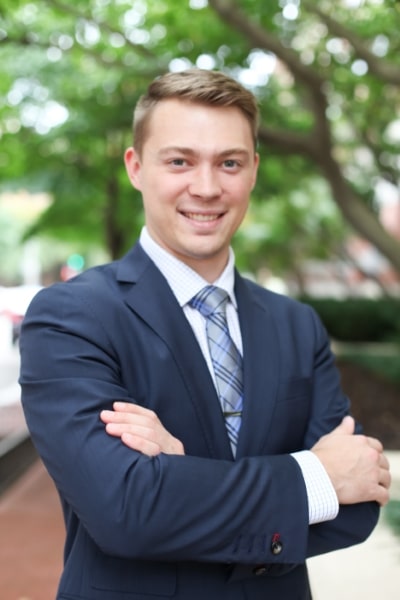 Not only was everyone back at work, following a celebratory breakfast and introductory meeting at the new building, Jacobson says there were no immediate building issues he had to confront as the IT and HVAC systems were running smoothly.

Still, his work covers more than the company’s physical presence and needs.

“A huge part of my role is taking into account the strategic development of the company and how we are organized, and what that communicates externally,” he says. That includes forecasting company growth and keeping an eye out for other spaces to lease. Jacobson has also created job descriptions within the operations department.

Jacobson, 25, was not intent on a facilities management career. Actually, he wanted to work overseas in counterterrorism, having a bachelor’s in strategic intelligence from Patrick Henry College and a master’s in national security from the Daniel Morgan Graduate School in Washington, D.C. His master’s thesis was about the influence of private enterprise on international relations.

Jacobson has worked in private security, but while studying at DMGS from 2016-2018, he was both director of operations and then facilities and auxiliary services at the school. He says what guided him to business management was his passion for how people interact, create value and achieve success.

“I have always been interested in the macro and micro elements that go into any kind of strategy,” Jacobson says.

In taking care of the infrastructure at EVERFI while helping shape its future, Jacobson says he has found the best of those professional worlds.

“I am someone who has a variety of interests; it is one of the reasons my career trajectory changed,” he says. “I am always interested in why decisions are being made and whether or not the outcome will be truly successful.” 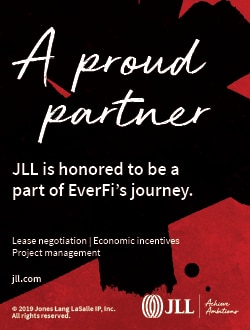 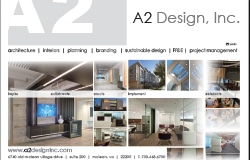