Airport authority VP goes out on a limb for neighbors

That oak tree out back is almost a member of the family. It’s held a tire swing or a hammock, and hints at changing seasons with green buds in the spring and orange foliage each fall.

But now, it’s deemed a hazard to air traffic by U.S. Federal Aviation Administration rules. It needs to be trimmed or maybe cut down. If that tree is near Bowman Field in Louisville, Kentucky, it will be replaced by at least two trees in a safer area, says Brian Sinnwell of the Louisville Regional Airport Authority. 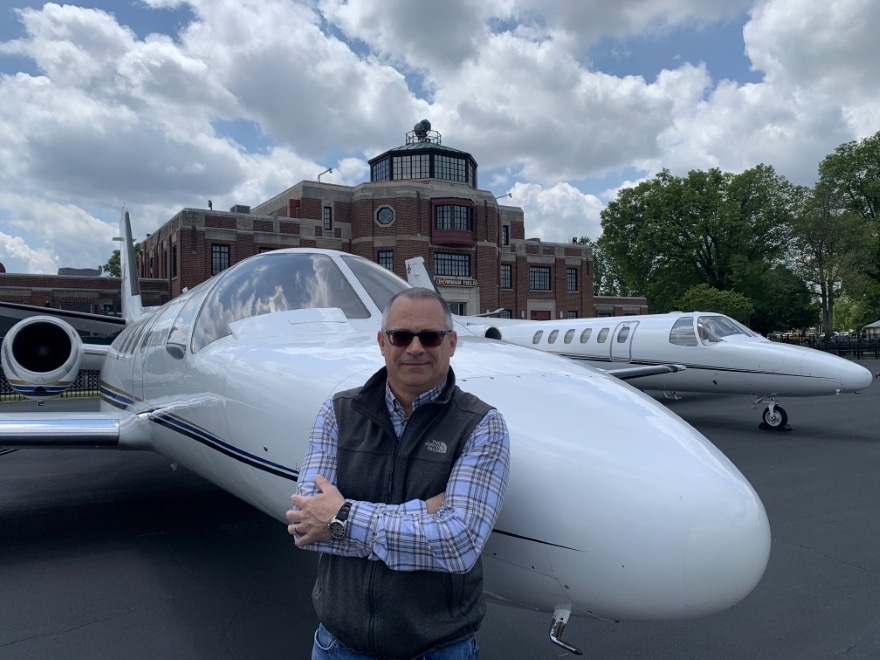 “This is like a city, everything we do here is 24/7,” Sinnwell says. “It’s exciting, energetic and intense at times. You have to love it, though, because the phone is always ringing.”

Bowman Field, opened in 1919, is used by smaller, lighter aircraft and serves as a flight instruction center and refueling and repair facility—it’s a “reliever airport” that frees up Louisville Muhammad Ali International for cargo and passenger use.

Since joining the airport authority, Sinnwell’s guided the Bowman Field Safety Program that’s planted 700 new trees to replace those obstructing runway approaches. The minimum exchange when a tree is cut is two for one.

Trees are replaced at a 5-to-1 ratio at the two golf courses and public parks surrounding Bowman Field and should a homeowner not have room for two new trees, the extra one is planted in a local park, Sinnwell says. 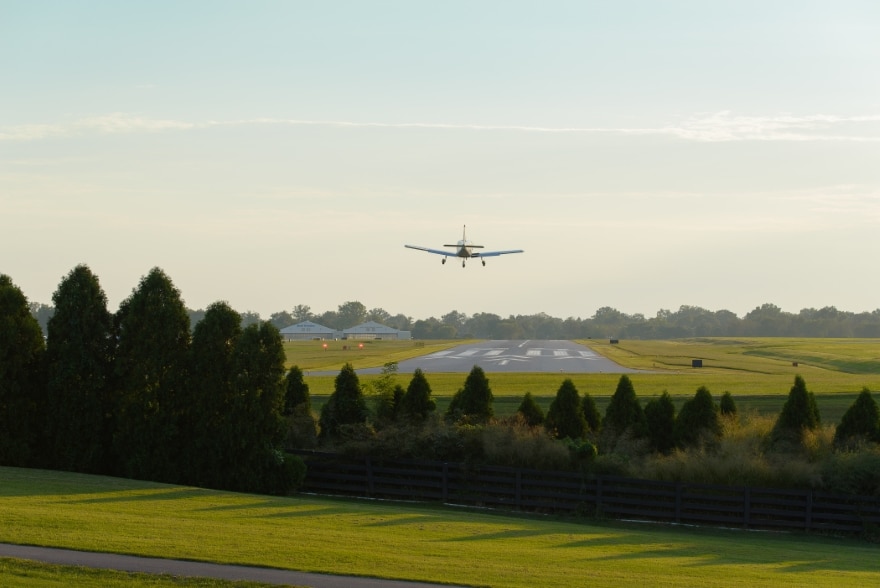 The airport authority works with local consultants and contractors and has landscape architects on staff to help administer the program. Trimming is always the first option, but sometimes removal is necessary. Either way, property owners also receive $2,500 for other landscaping projects on their property.

The Bowman Field preservation program was awarded the 2020 Jay Hollingsworth Speas Airport Award by the American Institute of Aeronautics and Astronautics, American Association of Airport Executives and the Airport Consultants Council, Sinnwell adds.

It’s all in the approach

Like Bowman Field, the airport is hemmed in by growth. To the east and north are interstates 65 and 264. To the west, there’s a railroad yard. On the southern perimeter, there’s a Ford assembly plant.

Though air freight is a component of airports throughout the U.S., none handle the volume seen at Louisville’s airport because it’s been the home of Worldport, the largest UPS hub in the U.S., since 1980.

“UPS owns the middle of our airport,” Sinnwell summarizes, adding the airport is the fourth busiest cargo hub in the world and the second busiest in North America.

With UPS measuring its fuel consumption down to the last gallon, Sinnwell says the airport authority also tries to find ways to help the company improve efficiency. In 2021, a taxiway next to a runway will be extended to help UPS get its planes in and out more easily and quickly. 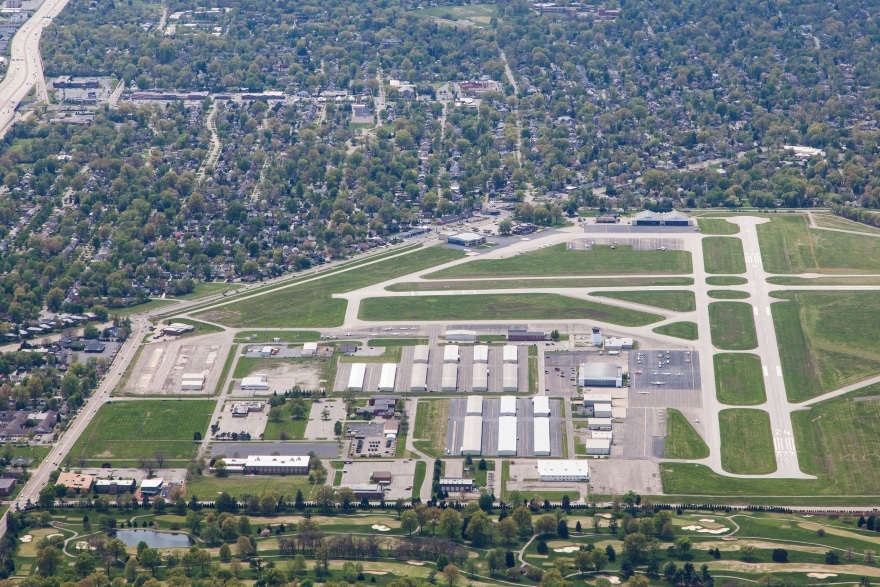 UPS is a focus of the ongoing noise mitigation efforts because the company’s operations go on through the night and into the wee hours of the morning. Peak arrival times are between 11 p.m. and 2 a.m., Sinnwell notes, and departures begin around 4 a.m.

Whenever possible, those planes arrive and depart south of the airport because the area below the flight path is largely industrial instead of residential, Sinnwell says.

Because not all air traffic, whether passenger or cargo, can be routed in one direction, the airport authority has also bought 3,700 homes in more than 30 years in areas where airport noise averages 65 decibels day and night. At one point, the airport authority even bought land and built 420 homes to relocate families, using $10 million in FAA funds and $10 million of its own.

When aircraft take off or arrive on the southerly route, they fly over the Renaissance South Business Park, built to replace a neighborhood relocated in the 1990s. Redevelopment is ongoing—UPS is already a tenant—and the airport authority is building a 325,000-square-foot warehouse and planning a new interchange off Kentucky Highway 841 for the business park, Sinnwell notes.

The airport authority had begun noise abatement efforts before Sinnwell joined it in 2013, and more than 540 homes were improved by 2015. He’s now renewing the program, with 930 homes slated for improvements over the next several years and 100 of those jobs out for bid now. 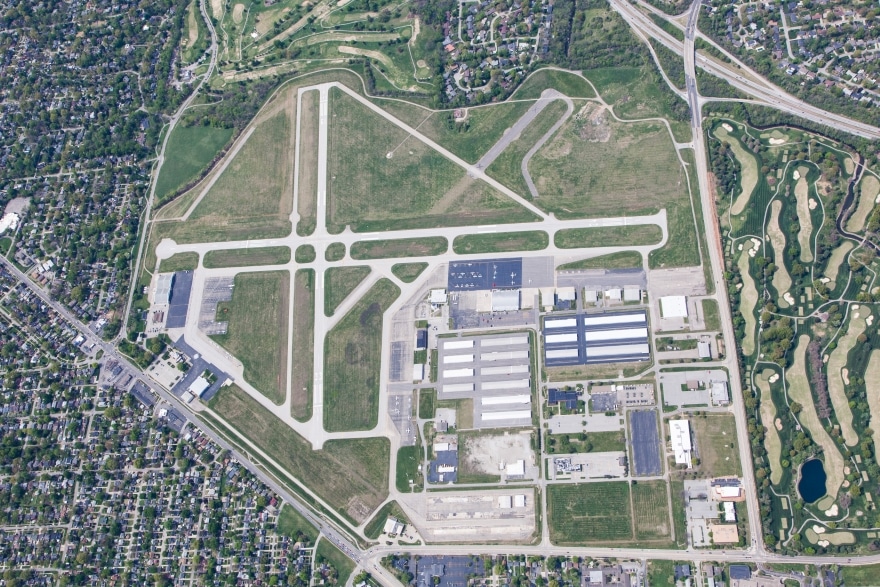 Those efforts are not even part of a master plan for growth and improvements. The plan includes drilling at least 640 wells, 500 feet deep, as sources of geothermal energy to heat and cool Louisville Muhammad Ali International Airport beginning in 2021, Sinnwell adds.

Though Sinnwell never expected this to be part of his work with the airport authority, the native of northeastern Pennsylvania says aviation has made for the best and fullest use of his background.

Sinnwell earned his bachelor’s in civil engineering from the University of Pittsburgh at Johnstown in 1989. Early in his career, he did a variety of things, including working in manufacturing, but his career coalesced when he joined the Pennsylvania Department of Transportation’s Bureau of Aviation in 1997, he says.

In 1999, he joined Delta Airport Consultants as a project manager. In 2001, he became director of planning and facilities for the Lehigh Northampton Airport Authority in Allentown, Pennsylvania.

In 2013, Sinnwell joined the Louisville Regional Airport Authority as deputy executive director and chief planning officer. He was promoted to his present position in April 2018.

“Colleges don’t really focus on engineering for aviation, but once you find your way there, you don’t leave, because it’s an exciting part of engineering and design,” he says. 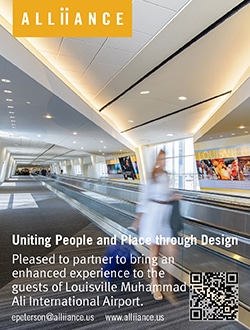 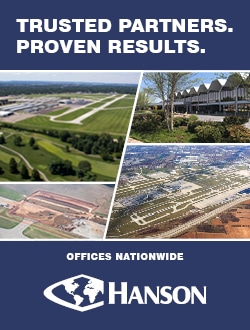 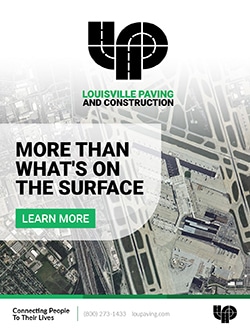 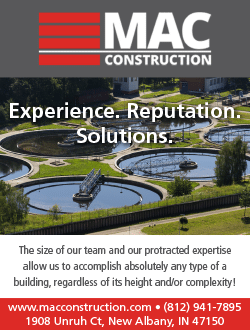 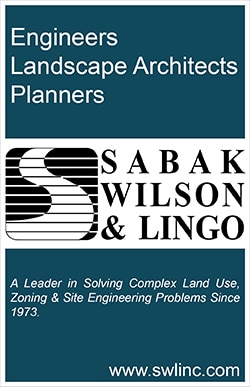 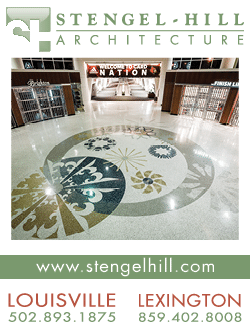 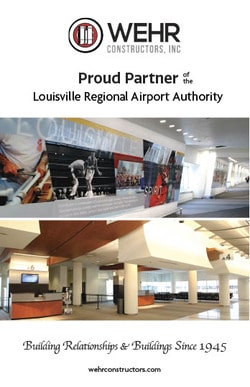