Imagine you’re pulling an all-nighter for a crucial exam at the University of North Dakota, downing enough Red Bulls to fill a bathtub, when you’re suddenly overcome by a craving for a Chick-fil-A sandwich.

What do you do? Drive to the fast-food alley in Grand Forks, of course.

Before long, though, that late-night run won’t be necessary. Thanks to a student-driven referendum, UND’s Memorial Union Building is under construction to better serve the needs and appetites of 13,000 students. If chicken sandwiches aren’t their thing, there’ll also be a Panda Express and a Starbucks. 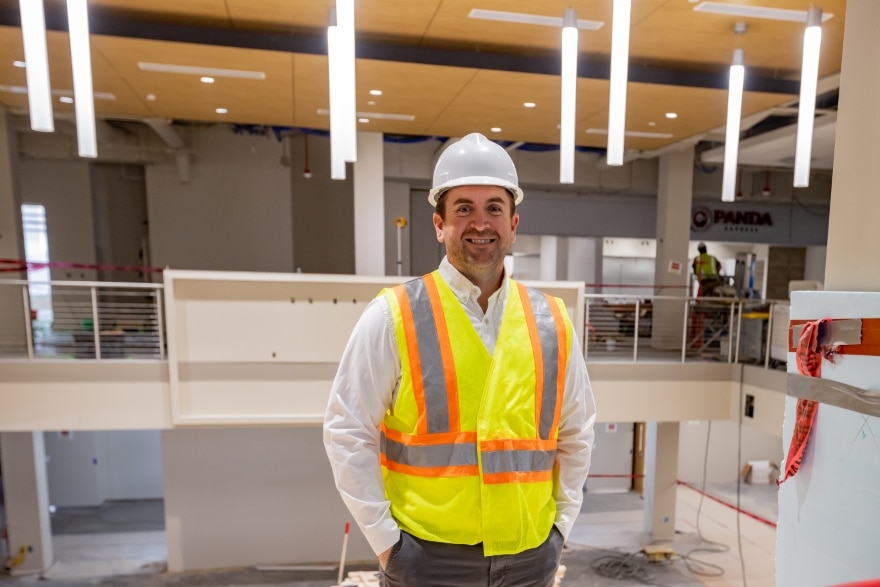 Overseeing the project is Brian Larson, the university’s director of construction management. Having grown up in the Grand Forks area, Larson’s motivation is both immediate and deeply ingrained: to maximize the on-campus experience by building better, more modern facilities with minimal disruption to students and staff.

“That’s a passion that comes easily to me,” says Larson. “I’m eager to do my part to contribute to the education and university experience of thousands of young people.”

A civil engineering graduate from North Dakota State University,  Larson cut his teeth in the corporate world but wanted something more fulfilling from his professional life.

Landing at the University of North Dakota in 2016, he found a kinship with an institution that shared his community values. When he arrived, construction on the School of Medicine & Health Sciences—a $123 million project—was already underway. While overseeing its completion, Larson was simultaneously involved in developing a long-term facility masterplan.

With an infusion of state funding stemming from proceeds of the oil boom in western North Dakota, the state’s oldest university (established by the Dakota Territorial Assembly in 1883 six years before statehood) was ready for change. And it could afford it.

With the medical building completed in 2017, Larson started his next large-scale capital project in late 2018: renovating the Chester Fritz Library with a budget of $40 million.

Built in phases in 1961 and 1982, the library fell victim to deferred maintenance, Larson says. With staff, he spearheaded upgrades including  a new roof, new windows, exterior doors and masonry. New HVAC system and elevators were also installed. 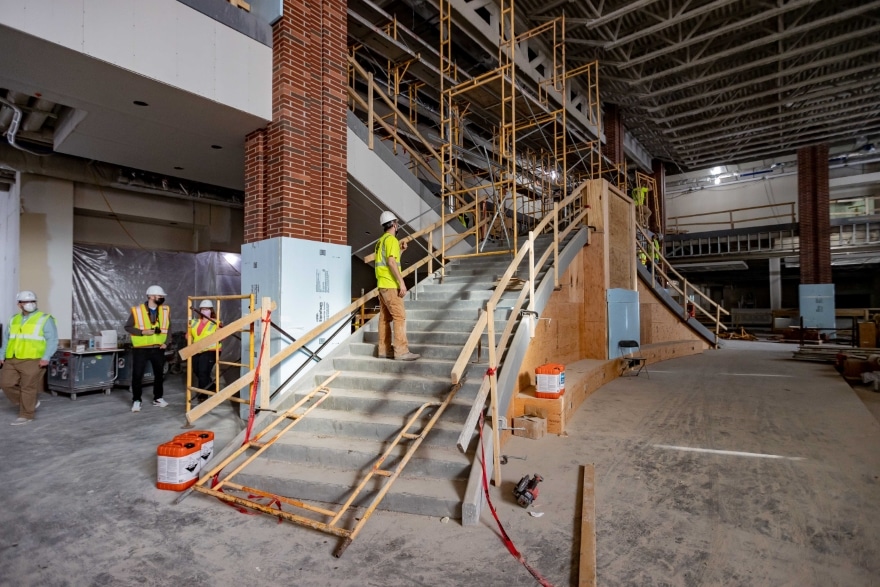 Larson says the university wanted to make the library more attractive to students. So, it consolidated the book collection with high-density shelving to open space. With the library project completed in 2021, students now enjoy collaboration in group study areas and a vending area where they can get a snack and gather round a fireplace with soft seating.

Additions to the building also include a writing center and an emerging technology space called the “One Button Studio”—a newly-designed area where students can prepare presentations with digital content using artificial intelligence and virtual reality technologies. What’s more, the university’s IT Department has since been relocated to the library, giving UND’s academic community easier access to technology help.

“There’ve been a lot of changes regarding how libraries function since this was built,” Larson says. “We are implementing a progressive view of what a library should provide to positively impact the student experience.”

By using resources and repurposing furniture—as well as using bonds for projects such as replacing the roof—Larson says the project cost $16.7 million—saving UND $24 million. In other words, “We were able to do the job with less than half of the proposed budget,” he says.

“Livingroom of the campus”

Currently under construction is a new three-story Student Union Building. The project took root in 2018, when after reviewing the available options—including renovating the existing space and researching new construction—students emphatically chose the latter.

After tearing the original structure down in 2019, UND broke ground on the new site in 2020 during the pandemic. The $80 million, 155,000-square-foot building will include two spaces for meetings and conferences, as well as the dining options of a Starbucks, Chick-fil-A and Panda Express. 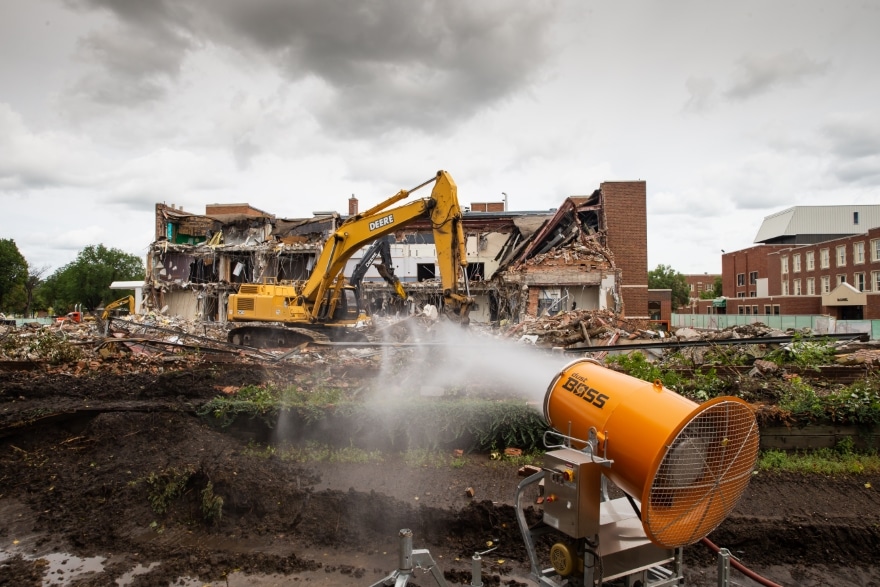 The building will also include self-tinting glass that will reduce heating and cooling costs—in a part of the country subject to temperature extremes.

Late last year, Larson broke ground on another new project: replacing the building that housed the Nistler College of Business & Public Administration while adding skywalks connecting it to the library and Merrifield Hall. (The latter addition spares students the lengthy walk between buildings in bad weather.)

With the price tag of a $54 million funded by private donations and a state match, the building on the corner of the school’s historic quad. is scheduled for completion in summer 2022. The project includes both traditional lecture halls and flexible spaces that can be adapted to different group sizes. The city of Grand Forks will also have access to the space as part of a community-academic partnership to benefit the students.

“A major aspect of today’s environment is developing collaboration between the business community, community leaders and local government,” says Larson. “All three can all come together here.”

It was that craving to connect with the community spirit that drew Larson back to North Dakota. Raised on the family farm a stone’s throw from Grand Forks in Minnesota, Larson grew up raising wheat, soybeans, corn and sugar beets until he left for college.

Graduating with a degree in civil engineering in 2006 from NDSU, he spent his first 10 years working in corporate construction on projects such as highways, bridges, power plants, commuter railroads and levee and flood control projects. He worked in eight states and in western Canada. 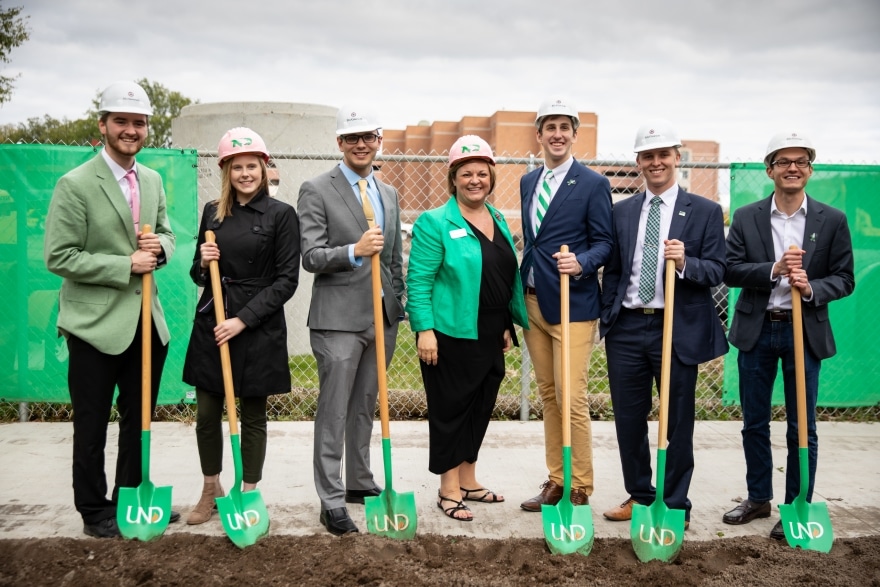 “It was a wonderful experience, and very valuable to my career, but I wanted to settle down and have a career that also allowed me to focus on my family, my career and as an educator,” Larson says.

Seeing an opportunity to enter higher education, Larson accepted a facilities-management role at the University of Nebraska in 2014. When a similar position opened at UND in 2016, Larson jumped at the chance to return to his hometown, where he and his wife, Holly, are raising their children, Max and Alice.

“These are the moments where you can feel so proud,” Larson says. “A great goal of any campus is to draw people together to impact the community in a positive way. Goodwill and stewardship should be the foundation of any project.” 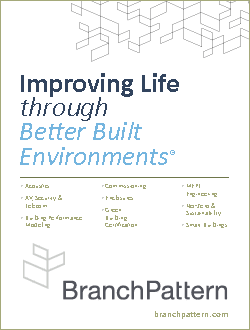 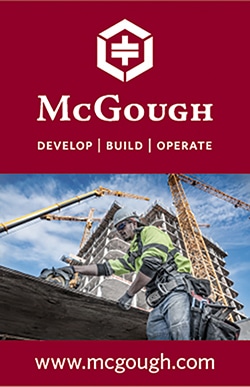