When Brian Hamilton was profiled in Blueprint in spring 2021, he was helping Resorts World Catskills reconstruct a “monster,” a famously difficult golf course so nicknamed by golfer Gene Sarazen because of its notorious fourth hole and large size.

The new version of The Monster, which closed in 2015, is scaled down from 7,650 yards to 7,325 yards and scheduled to re-open summer 2023. Reincarnated by golf course designers Rees Jones Inc. and managed by Troon Golf LLC, it also has new tee box options to help shorten the course yardage even more. It’s also been redesigned because what had been the front nine is now part of the casino complex. 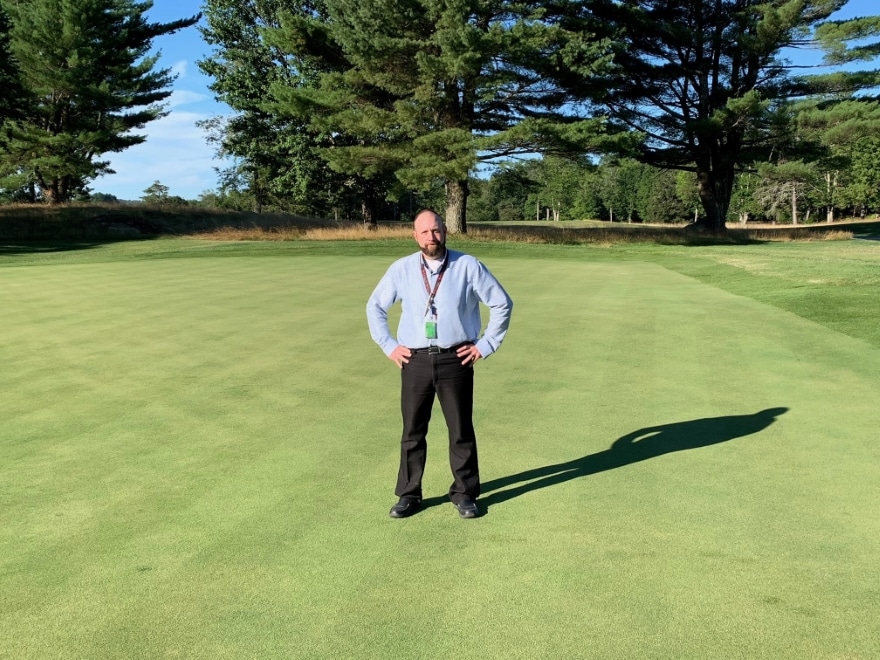 As director of facilities, Hamilton serves as a liaison between the developers and resort leadership. He’s also ensuring golfers challenged by The Monster can enjoy amenities by supervising construction of a new clubhouse.

“Resorts World Catskills offers an unmatched experience in excitement, entertainment and luxury,” Hamilton says. “I enjoy my role because my teams support every department in the organization—marketing, food and beverage, the front office—and we handle new construction and how it’s executed, regardless of how big or small it is.”

Built on the site of the former Concord Resort & Golf Club, a famed Catskills destination that was torn down in 2008, Resorts World Catskills is a 332-room resort operated by Genting, a Malaysian resort and casino company.

It replaces the Concord and ups its destination ante with 100,000 square feet of gaming featuring 1,600 slot machines and 150 live table games. Hamilton says the casino floor can accommodate as many as 10,000 people.

As part of rebuilding The Monster, Hamilton is managing construction of various golf amenities built in what had been the nearby Alder Hotel. There will also be a new maintenance building for the golf course. There’s already a Topgolf virtual simulation area where golfers can tee up at an array of famed courses from around the world, and a Mexican restaurant.

Construction of the Alder’s additions, which include two new locker rooms and a pro shop, will start in spring 2023 and be completed by the end of the year as will the maintenance building.

Along with the rebuilt Monster, Resorts World Catskills is adding the upscale Crockfords lounge in a conversion of the current Butterfly Beach lounge. When completed, it will be the sixth Crockfords location in Genting’s global operations.

The 2,300-square-foot lounge will be “almost like walking into a palace,” Hamilton says of the project that was in the final planning stages when he chatted with Blueprint in June. It will include lots of brass and marble for the bar area, plush carpets, a dark wood interior and new ceiling and light fixtures.

Hamilton says the Crockfords is scheduled to be finished by the holiday season in time for a New Year’s Eve celebration. Working with Senior Vice President of Design and Construction Edgar Choi, he oversees scheduling contractors for the project and says he’ll need to close the area and limit construction hours to the early morning so the impact on guests is minimized.

On top of major projects, Hamilton also has the everyday concerns of directing facilities, which includes areas such as landscaping and groundskeeping. Within the past year, he’s begun working with Empire Landscaping & Snow Plowing Inc., a family-owned business in Marlboro, New York.

“Empire has been a great landscaping contractor,” Hamilton says. “They pay attention to detail and they’ve added beautiful new gardens and flowers. They take pride in our property, it’s a great relationship.” 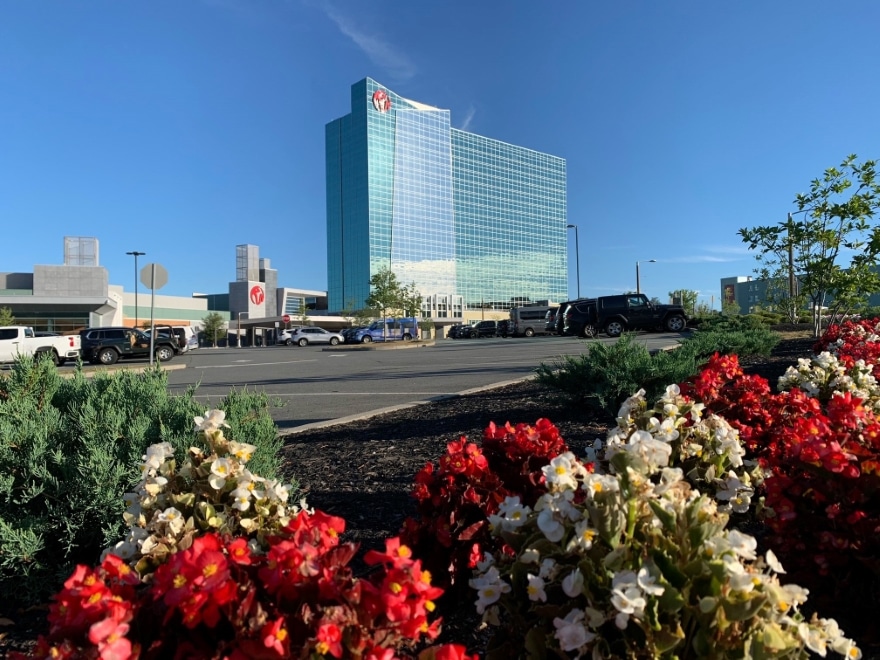 Since he began working with Empire in summer 2021, he says it’s provided excellent basic care for the grounds, including the sodded area used for gathering. The company has also taken on property improvement projects, such as adding 70 new trees and replacing mulch walkways with crushed red stone.

“It’s a pleasure working with Brian Hamilton and the company,” says Empire owner Vincent Di Leonardo. “We understand our clients have specific needs besides maintaining and beautifying their properties. Brian communicates well with me and our upper management. He always takes the time to explain the project that is requested and is always available for any questions we may have for him.”

A native of the Harrisburg, Pennsylvania, area, Hamilton earned his certification as an electrician from Dauphin County Technical School in 1998. He was a journeyman electrician for the International Brotherhood of Electrical Workers Local 143 in Harrisburg from 2000 to 2007 before becoming construction manager for Battaglia Electric of New Castle, Delaware.

As Hamilton recalls, he quickly learned that even routine maintenance or repair work could become complicated by complex gaming rules that limit access to casino areas.

In September 2017, Hamilton joined Resorts World Catskills as facilities manager, six months before it opened in February 2018. He was promoted to his current position in September 2018, and helped the resort and casino navigate the COVID-19 pandemic through measures such as outfitting the entire building with plexiglass.

“In my career, the steps I’ve taken start at the bottom and have worked to the top,” Hamilton says. “It’s typical in casinos to work from an entry-level job to top level. It’s been a long successful road, through perseverance, patience and hard work.” 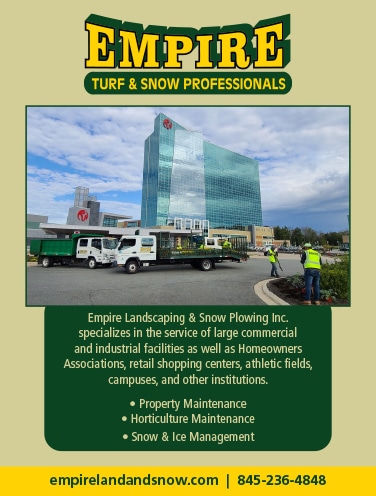 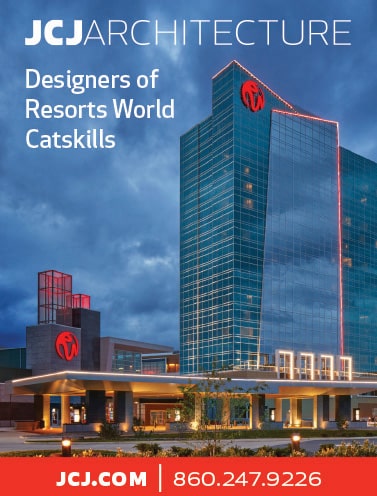