In keeping with hallowed and historic grounds

History buffs have long been drawn to Gettysburg, Pennsylvania, site of the 1863 Civil War battle that so turned the tide in the Union’s favor and inspired Abraham Lincoln’s famous address.

At, of course, a high price.

The casualty count could have filled a modern baseball stadium. About 50,000 men, fairly evenly divided between those wearing blue or gray  uniforms, lost their lives, many when Confederate Gen. George Pickett led an ill-advised charge late in the battle. 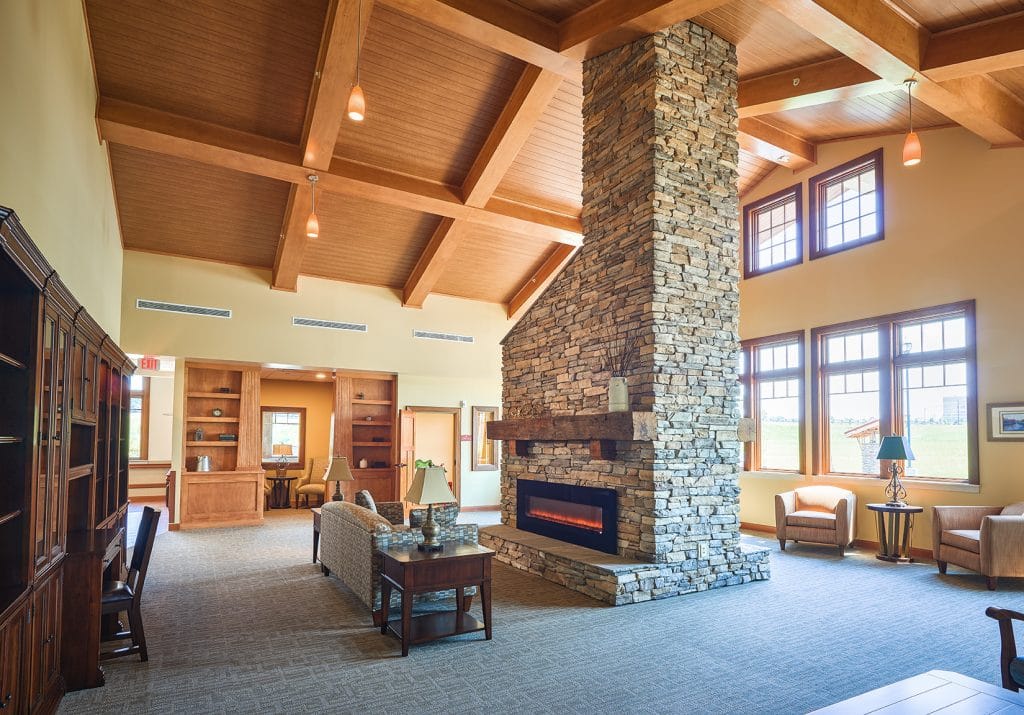 Thousands of Union soldiers were buried at Gettysburg National Cemetery, formerly known as Soldiers’ National Cemetery, and part of the battlefield. Memorials, monuments and markers decorate the grounds as somber reminders that however divided the nation may seem today, it was far more so in another era, with the stakes exponentially higher.

And all those historic sites are easily accessible from Gettysburg’s new Best Western that opened this spring following its rapid completion by Brechbill & Helman Construction Co. of nearby Chambersburg. The hotel’s third-floor breakfast room overlooks the battlefield and cemetery, making a stay both educational and enjoyable.

Though Best Western operates more than 2,000 of its mid-level iconic hotels in North America, it had been years since the chain was represented in Gettysburg. The time for its return was long overdue, says Kristi Fahnestock, Brechbill & Helman’s personable marketing and communications coordinator.

With the local architectural firm of Shaffer Design Associates as a project partner, it didn’t take long for Brechbill & Helman to fill the bill. Noted for its work in the hospitality industry—its clients include Holiday Inn Express, Sleep Inn, Spring Hill Suites, Candlewood Suites and Home2 Suites—Brechbill & Helman has a reputation for delivering quality projects throughout Pennsylvania, Maryland, Virginia and West Virginia. 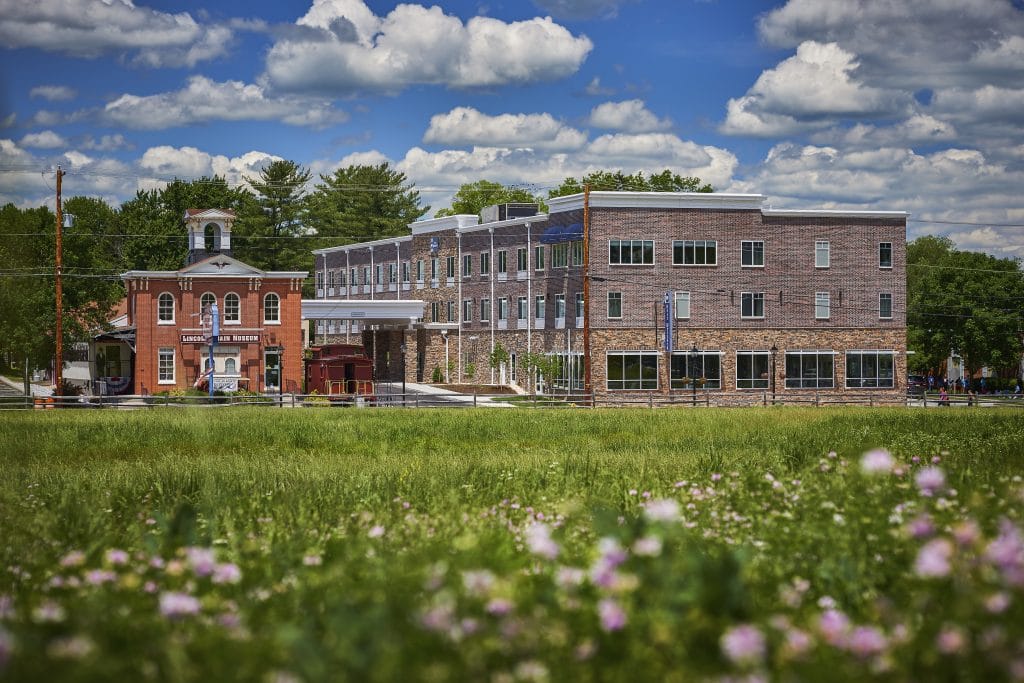 “The quality of work Brechbill & Helman does is always first-rate and on schedule,” says Fahnestock, a Shippensburg University marketing graduate. “With the projects we complete, the owner will send us a letter of recommendation that expresses how dedicated and experienced we are in our industry.”

With the Best Western having just opened in May, its owners are very happy with the way the project went.

Originally a Howard Johnson’s built in 1960 with a 30-year projected lifespan, it became an America’s Best Value Inn that wasn’t standing the tests of time and the elements. Razing, rather than rebuilding,  seemed to be the best strategy.

With Brechbill & Helman as the general contractor, in just 11 months the three-story, ADA-accessible 47,278-square-foot, 81-room Best Western was complete. Its brick and stone façade are complementary to the historic community, along with amenities including an indoor pool, workout facility, ample meeting space, business center and, of course, the panoramic view of the sites.

No order too tall

Well-versed at finish and rough carpentry, plumbing access, foundation, and doors and windows, the company typically self-performs up to a third of the work and relies on a network of subcontractors for the rest. General services include construction management, design build, general contracting, green construction and pre-construction as well as pre-engineering metal buildings.

Its diverse client base includes such civic projects as courthouses, municipal halls, schools and fire stations, and extends into commercial, health-care and faith-based institutions that cover everything from Christian churches to the elaborate 7,242-square-foot Sri Baktha Anjaneya Hindu temple in Ijamsville, Maryland—a project that entailed extensive collaboration with 20 artisans from India.

Fahnestock notes with pride how the company’s reputation factored in as the general contractor for Doey’s House, a 16,400-square-foot 12-bed hospice near Hagerstown, Maryland. 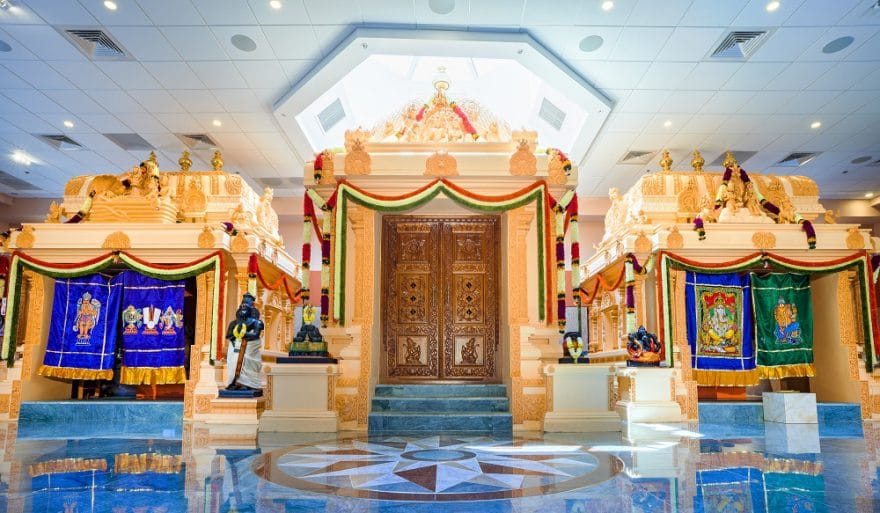 With hospice services a vital need in Maryland’s Washington County—social service organizations noted that last year 200 people had to go elsewhere for end-of-life care—Doey’s will provide inpatient as well as respite-care services.

When Fahnestock spoke to Blueprint in mid-June, Doey’s was just a few weeks from completion, and Cheryl Brown, development director of Hospice of Washington County, affirmed the agency’s satisfaction with the construction company in charge.

“It gives me great pleasure to recommend Brechbill & Helman,” she noted in the construction company’s testimonial section. “Their contractor qualifications, community commitment, understanding of not-for-profit mission and vision, along with their personal attention to detail made them the perfect contractor for our very visible community project.”

Fahnestock adds that the company treats its clients as family, just as it does its employees.

“There was a time when I never could have seen myself in construction, but now I know this is where I belong,” she says. “I had only been with Brechbill & Helman a few days when I started last May (2016), and Barb called me into her office the day before I graduated from Shippensburg University. She gave me a warmhearted hug and congratulated me on my success. I had never been treated that way so early in a career, but that’s the culture here. And they also feel that way about their clients.”

That culture took root in 1966 when Darrell Brechbill and John Helman founded the construction firm. They expected professionalism, but with the kind of personal touch that would inspire loyalty and longevity among the staff.

That’s continued since 2010, under the new owners, Mike Kissel and Barb Runyon. Much of the staff has been around for 20 years or more, and while Fahnestock can’t predict the future, she knows she’ll be around for a long spell, as well.

“Mike and Barb are the best managers I’ve had and this is the most outstanding company I’ve ever worked for. I was with Brechbill & Helman for 10 months and was offered an opportunity to continue my education and earn a certificate on top of my bachelor’s degree,” she says. “Their open-door policy is one where I can talk with them about anything; it doesn’t have to be about work. With this being said, I have no intention of leaving. This isn’t just work, its family.” 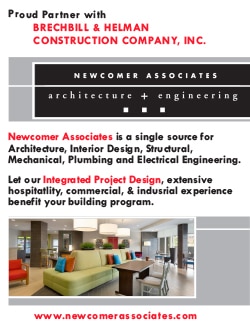