Always a lot on his plate

Miami will be on Brad Mignone’s travel itinerary. As will Pittsburgh and Santa Clara, California. Quite possibly some other locales that might also keep him away from his Las Vegas home for a couple of days a week.

For when you’re senior director of development and construction at one of America’s fastest growing high-end restaurant chains, the pressure is on to produce and the calendar full. While Mignone is adept at directing projects remotely from design to opening, he reminds there’s no substitute for being on premises at least some of the time.

Got to ensure efficiency, he says, there being little margin for delays in the restaurant business that can be both high risk and high reward. But with Mignone managing the consultants and general contractors for the Irving, Texas-headquartered Del Frisco’s Restaurant Group, his bosses can count on the three new Double Eagle Steakhouses being up and operating without undue holdups. Same for when it’s time to expand the national chain’s other brands: Del Frisco’s Grille, Barcelona Wine Bar and bartaco. “All the components that go into a restaurant are like pieces going into a big engine,” Mignone tells Blueprint from his home office in April. “I’m the lubricant that makes the engine work.”

Del Frisco’s depends on him to facilitate delivering on time and within budget. Each city presents its own challenges, as Mignone notes that Miami’s rules and regulations can make for a tough permitting process. Climate’s always a concern up north but vendors are plentiful, while in the Southwest, the opposite holds true.

But Mignone has found a way to streamline the process as much as practically possible.

Already with a Florida presence in Orlando, the new Double Eagle Steakhouse will be situated in 15,000 square feet leased on the two bottom floors of what’s known as the new Met Square in downtown Miami.

Just the kind of place for a Double Eagle Steakhouse, says Mignone, explaining that prior to Del Frisco’s committing to a city, it does due diligence on such demographics as population density and mean wealth. This part of Miami fits the bill, as do the stats for the other cities where Double Eagle should prove a popular draw.

After all, it is the classic American steakhouse albeit with a modern twist, as Del Frisco’s refers to its most popular restaurant, of which there are now 16 nationwide. Though similarities abound among them, each has its own characteristics—the Las Vegas Double Eagle is known for its James Bond Wine Table which reveals, at the push of a button, an otherwise unassuming circular table blossoming open to reveal lights and 18 custom vino bottles, each representing a film, and the whole display set to the celluloid secret agent’s theme music. 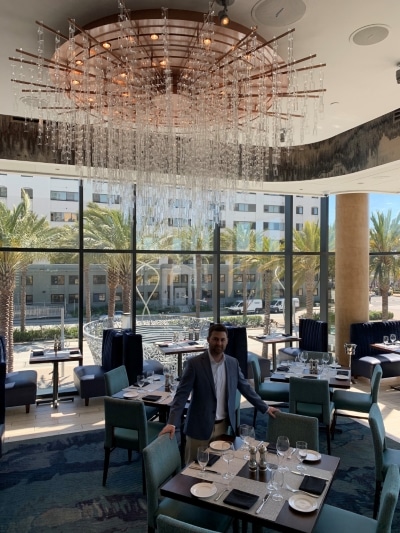 As for what will set Miami’s apart from the other Double Eagles, that’s for patrons to discover sometime next year.

“Every one of our restaurants is unique,” Mignone says. “It’s almost like a new concept goes into each one—a different décor and atmosphere. It’s what really differentiates Del Frisco’s from other restaurants. It’s a challenge I’m always facing.”

A resume to build on

Long before he joined Del Frisco’s as a senior project manager in 2015, Mignone had already proven he could make the most of a company’s time and money. That, and an impressive resume, had the restaurant chain pursuing his full-time services.

A project superintendent turned project manager during his preceding seven-year stretch at the Los Angeles and Las Vegas heavyweight Shawmut Design and Construction, Mignone had acquitted himself admirably on big-ticket retail and restaurant projects nationwide, including Del Frisco’s.

Among them was expanding the dining hall at Westfield (Massachusetts) State University, a project finished two weeks early, before fall semester despite his crew not being able to begin until after June commencement. He’d perform just as efficiently with the construction of a 30,000-square-foot ESPN Zone in Los Angeles.

“I’m OK in a trial-by-fire environment,” he says.

Which seems to be how Mignone has worked his entire adult life, the Massachusetts native putting his carpentry skills to use for Lombardi Builders in 1998 (working summers) before graduating high school in 2000. He’d enroll in a community college for a semester but find the best trades education is on the job.

He’d operate heavy equipment for the town of Foxborough—home of the Super Bowl champion Patriots—and enhance his skills with a plumbing license that would keep him busy on the South Shore and elsewhere. He’d go to Shawmut in 2008, at times moving from Las Vegas to Los Angeles and back, finally for good when Del Frisco’s came calling.

Thus is the value of being proficient in the trades, Mignone says, noting how his versatility—carpentry, plumbing, heavy equipment—has opened one door after another to career growth. He’s garnered a promotion each year with Del Frisco’s, and with the restaurant chain in full growth mode, the opportunities would only seem to grow.

Other young people might be well advised to consider his path.

“Would I encourage high school graduates to consider the trades? Absolutely,” Mignone says, repeating a concern often heard in the construction industry, and there being a shortage of skilled labor that only grows more acute as seasoned workers retire. “There’s a lot of money to be made.”

Not to mention the satisfaction that one might not find in an office environment.

“When the job’s done, you really feel good when you stand back and admire it,” he says.

All the better when you can go inside and enjoy a dry-rubbed steak that’s been aging for 45 days. And afford it too. 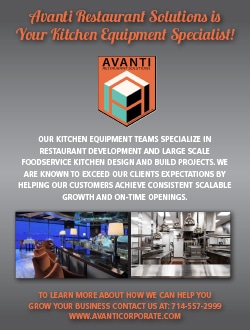 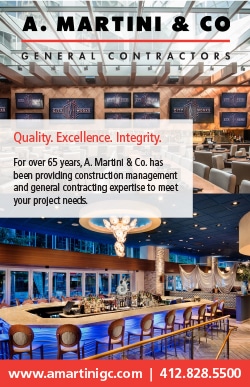