An elevated approach to building

It really was a game of inches—two of them, to be precise.

In 2017, when Hurricane Harvey inundated the Texas Gulf Coast, the Market Basket grocery store in Mauriceville, Texas, was one of countless properties to experience significant flooding. 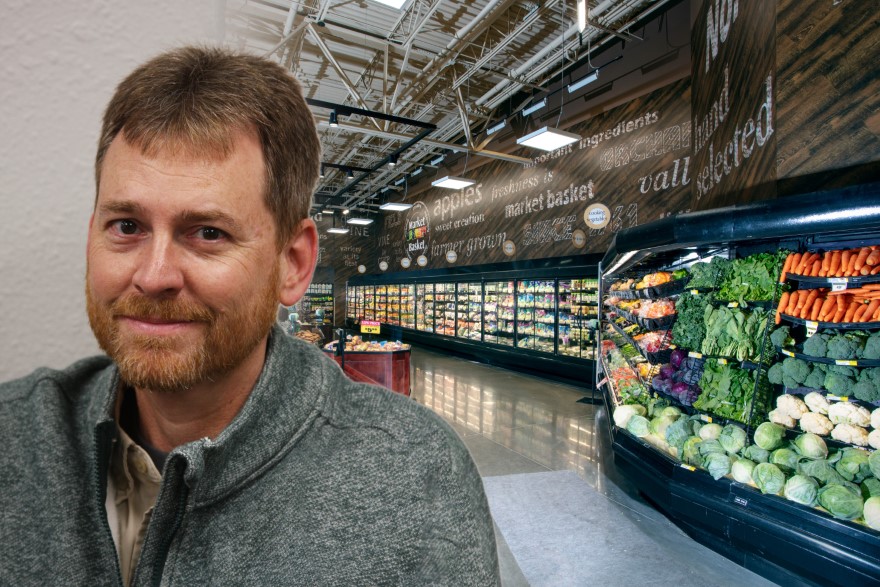 So when it came time to build a replacement store, company Director of Facilities Brad Arceneaux designed one elevated 20 inches higher than the previous store.

The new store opened about a month before Tropical Storm Imelda struck in September 2019, bringing more flooding to Mauriceville.

“The water was dancing at the doorstep,” Arceneaux says, but it never crossed the threshold, cresting at 18 inches.

Indeed, coping with natural disasters has become a fixture of Arceneaux’s job.

“We’ve had four hurricanes through the years, which adds tremendous pressure to get the stores back up and running,” he says. “It can be a little overwhelming.” 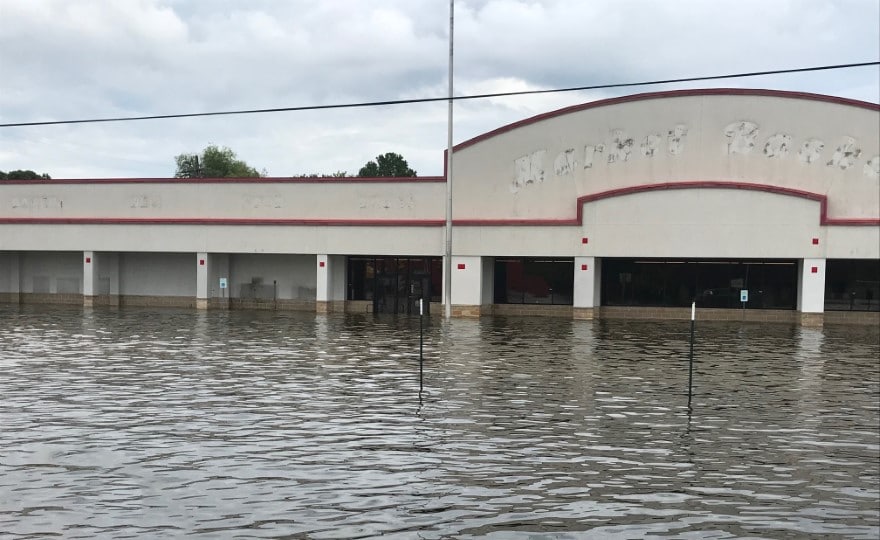 But in the end, no amount of high water is going to wash him away from Market Basket, where he’s been a part of the family-owned business since stocking shelves at its Groves, Texas, store while in high school.

“I’d like to think I’ve got strong convictions about integrity, honesty and loyalty,” he says. “It shows the type of person I am.”

A rarity in a world of increasingly conglomerated supermarkets, Market Basket is a 60-year old family-owned company now under its second generation of leadership. Its 31 stores dot Gulf Coast towns in Texas and Louisiana. It’s not a big-box operation (most stores are about 30,000 square feet), but it’s local—and knows how to meet local demands.

Initially, Arceneaux designed the Mauriceville store to sit two feet higher than the previous store. But when he found out the resulting ramp angles wouldn’t comply with the Americans with Disabilities Act; the specs were lowered by four inches. 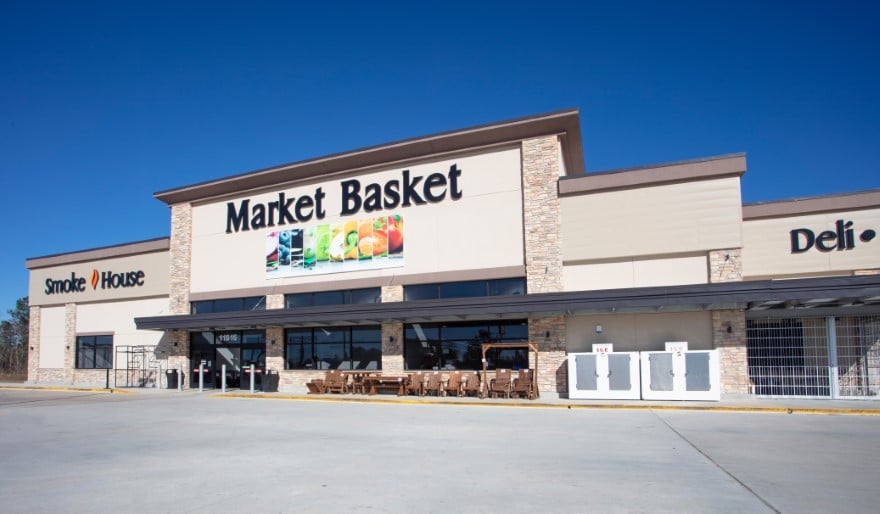 Elevating the Mauriceville facility wasn’t the only innovation Arceneaux pursued, however. The 32,000-square-foot store is larger than most Market Baskets, but interior space is at no less a premium, Arceneaux says. To make more room inside, he went outside the box, positioning the bakery, meat and grocery storage coolers and freezers outside the exterior walls.

The new store also uses concrete masonry unit walls instead of metal, polished concrete flooring instead of tiles and an open ceiling concept that leaves joists and cables exposed, not concealed by tiles that could fall.

“If we are to ever have another flood or big storm, we’ll have very little exposure to damage,” Arceneaux says.

With 18 smokehouses installed inside or outside Market Basket stores, the smokers have grown so popular, Arceneaux submitted a capital budget plan to add two more in the first quarter of 2020. 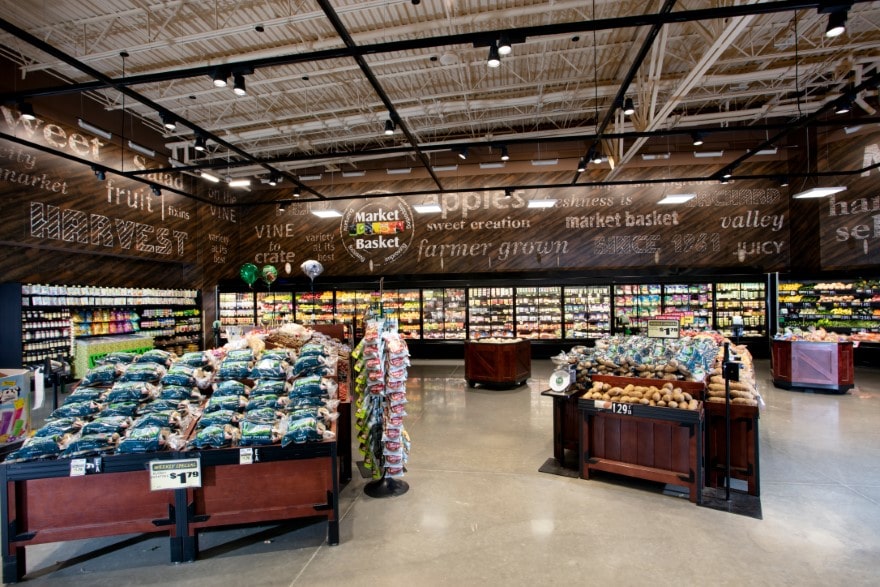 One will be installed inside a store, the other outside, he says. Powered by gas with a couple of logs added to produce the smoky flavor, the smokehouses do not generate high heat, but slowly cook the boudin and sausages in a way that tantalizes Market Basket customers.

“We kind of look at that as a good thing, it makes people a little hungry for barbecue,” Arceneaux says.

When installed outdoors, the smokers are enclosed, and require an adjacent walk-in refrigeration unit to store the products.

“It can be an open area, but we have to screen it in and protect it from the elements and critters,” Arceneaux says.

Outside smokers also let people know something is cooking through smell or sight, he adds.

Placing a smoker inside a store? That takes a little more doing because the unit and its prep area take up so much space, Arceneaux will have to replace both the cooler and freezer units for the indoor smoker coming this year.

By and large, Market Basket stores are at least 30 years old, with some approaching 40. Arceneaux is also responsible for maintenance and repairs at the stores—and it’s not just high water that’s made his job so challenging of late, either.

Drafted to his role

In November 2019, an explosion at a chemical plant in Port Neches, Texas, packed enough power to blow out windows at Market Basket’s store there—two days before Thanksgiving, no less. Between that and the storms, Arceneaux says he’s taken stock of his life, on occasion.

“There had been times when we’ve had to evacuate and I thought of leaving and not coming back,” he jokes.

But bad weather and industrial mishaps don’t keep him awake at night. Not as much as knowing the tradespeople he relies on to keep stores running are a vanishing breed, he says.

“Grocery is kind of special and unique for the simple fact we have refrigeration,” Arceneaux explains. “Refrigeration is different than HVAC, there’s more skill needed to maintain the systems.” 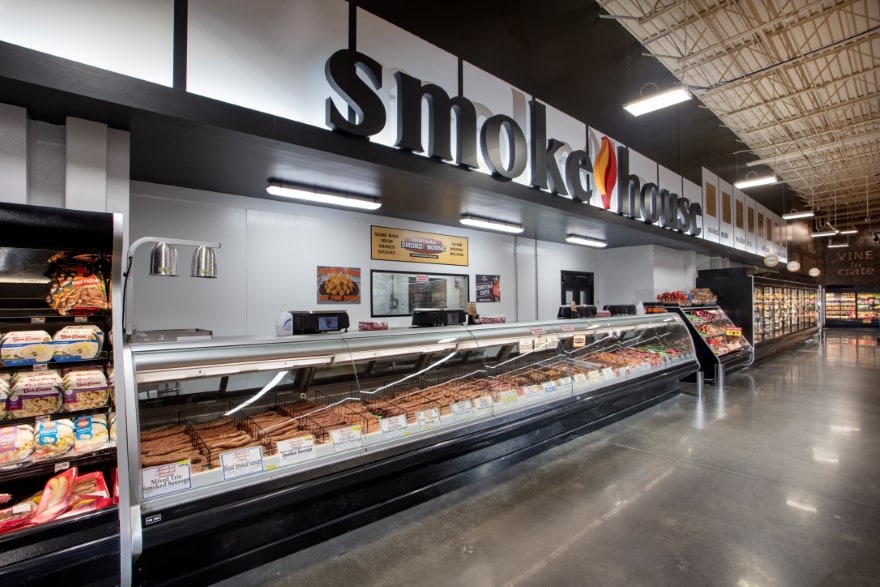 Stocking shelves and bagging groceries proved a good job for Arceneaux as he went through high school, and when he began studying drafting at nearby Lamar Institute of Technology, it quickly expanded his Market Basket opportunities, too.

While in school, he was promoted by the company to help draft plans for its construction division. That made for some very busy days with classes in the morning, drafting work at the corporate offices through the afternoon and evening and stocking shelves in the Groves store late at night.

“That was how I learned all the aspects of the business,” Arceneaux says, “and I think the new construction part has always been my favorite part of it.”

He’s also someone who takes his work—or at least his skills—home with him. A father of two, Arceneaux has a passion for building around the family home.

In the workshop in his backyard, he’s built cabinets, furniture, and most recently, a 12-drawer built-in storage unit for his master bathroom. After building a deck for his family on the back of the house, he’s finishing its cover so his family can enjoy the shade without being pestered by the region’s legendary mosquitoes.

At home and at work, Arceneaux takes pride in the process and results of what he builds. Both his roles are for families, after all.

“When the project is all done you can stand back and admire it, and I still do that today,” he says. 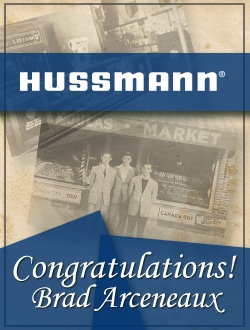 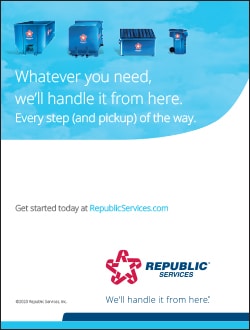