When restoring something historic, the goal is to get as close to the original as possible.

Sometimes, though, the only way to revitalize the past is by using modern technology. In Bob Wyatt’s experience, this has meant relying on a 3D printer to make casts when original parts aren’t available. 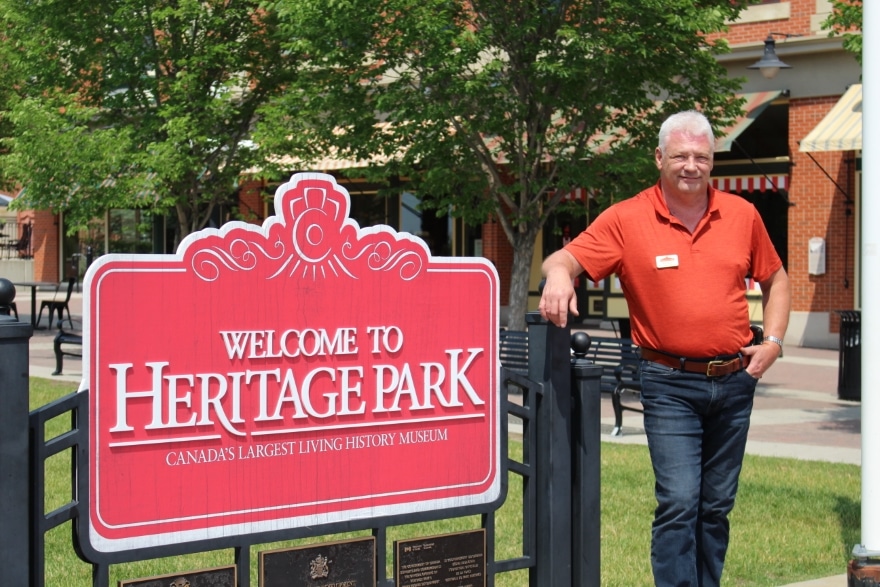 He did this a few years ago when restoring one of two surviving Canadian Pacific Railway colonist cars for Heritage Park Historical Village. As the organization’s director of facilities and maintenance, he often blends old and new while preserving history and highlighting recent innovation.

“Education is a big part of the park, so we incorporate it into everything we do,” Wyatt says. “Most of the things we do are focused on the past, but now we’ve started looking at the past, present and future and how they’re all connected.”

Heritage Park Historical Village is a nonprofit, living history museum and educational center located in Calgary, Alberta. In addition to the exhibits, which represent the history of western Canada from the 1860s to 1950s, the park has amusement rides, restaurants and event venues.

Wyatt has been overseeing construction of the park’s newest building, Innovation Crossing, which is finished and scheduled to open in September. It will highlight the past, present and future of Western Canada’s energy production and natural resources.

“Alberta is a big energy producing province with a long history of conservation,” Wyatt says. “Innovation Crossing brings it all together and gives people a deeper understanding of energy here in Alberta.” 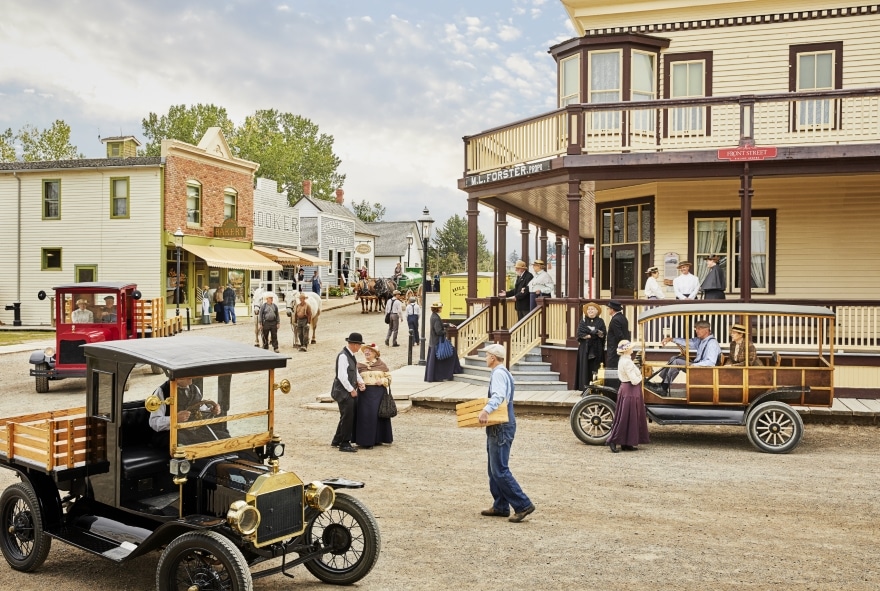 Innovation Crossing will focus on the oil, gas and coal industries, with an underground coal mine exhibit and a 100-foot replica of a Dingman No. 1 oil derrick being the main features. There will also be a functioning water wheel and many interactive “touch displays” for guests to engage with.

While the building may look historic in some regards, Wyatt says many modern and energy saving features have been built in. For example, the building has a passive ventilation system, which draws air in from underground tunnels and ducts and keeps it circulating without using mechanical systems.

Additionally, the building’s south wall is completely made of glass, which will allow sunlight to hit a thermal slab on the floor and help heat the building. The wall has temperature regulated blinds that open and close to maintain a consistent and comfortable temperature inside.

The window overlooks the Glenmore Reservoir, Calgary’s primary drinking water source. Guests can also view displays showing how energy is used throughout the museum. Wyatt says a wind turbine may also be added outside the building.

“The whole building was created to be adaptable so it can be evolved and added to going forward,” he says.

He says the 1905 colonist car he restored in 2017, which is housed in the park’s railway car shop, has been one of his favorite projects. Colonist cars were first used in the 1880s to transport immigrants from seaports to interior Canada, and originally only had basic bench seating.

In 1885, Canadian Pacific Railway, as well as competing railway companies, developed cars with sleeping and cooking areas, and eventually owned over 1,000 colonist cars. With only two remaining, restoring one of them was a fun challenge, Wyatt says. 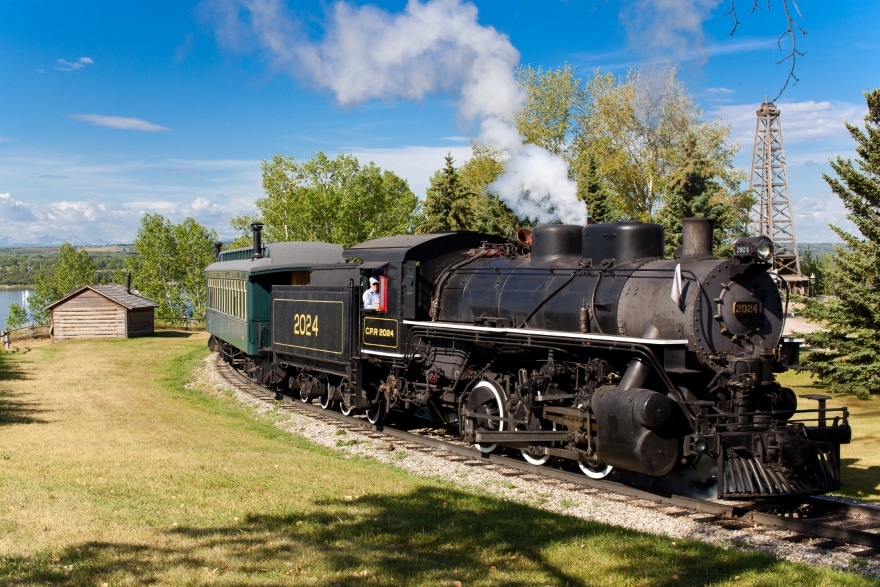 “Every part was removed from the car and rebuilt as it would have originally been,” he says. “It looks exactly the way it did when it came out of the factory in Montreal.”

When sourcing parts and materials, the biggest challenge was finding everything needed to reconstruct the lights, Wyatt says. He and his restoration team found an old photo of the lights and worked with a graphic designer to make a 3D model of the brass bases that held the gas mantels and glass cover in place. Once the model was digitally rendered, it was 3D-printed and taken to a foundry where metal castings were created.

To make the glass covers for the lights, wooden molds were created and then the glass was hand blown by a local artisan.

“That’s the level and degree we’ll go to in order to replicate what should be there,” Wyatt says. “If we don’t, we’d lose the artifacts we’re here to preserve.”

Before the restored railcar made its permanent home at the museum, an exhibit associated with it traveled across Canada as a temporary display at other museums. Wyatt, who traveled with it, says it was rewarding having people all over the country see the restoration.

Wyatt, who moved to Calgary from the United Kingdom in 2007, has been with Heritage Park Historical Village for six years. 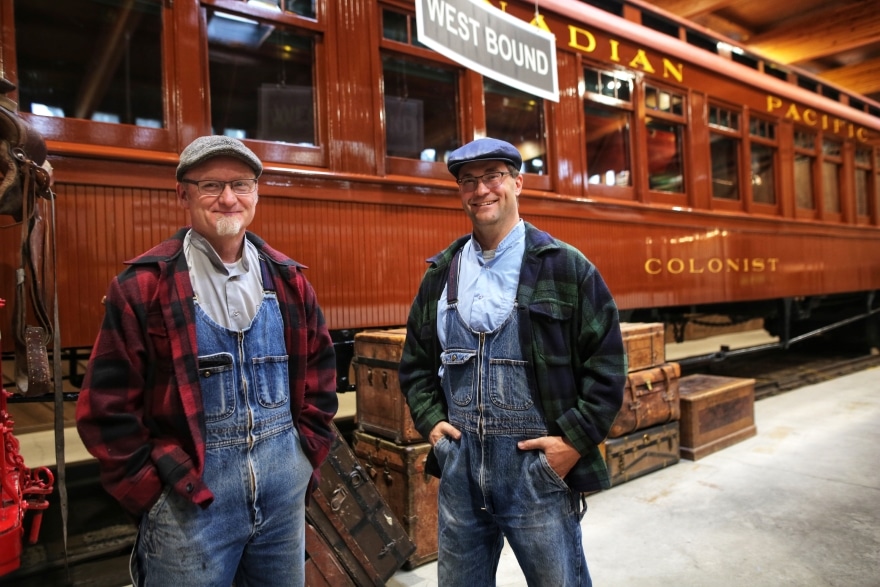 While he enjoys what he does, he says it’s been strange having limited visitors. The COVID-19 pandemic temporarily closed the park and museum, but as of June it was fully open again. Wyatt says he’s looking forward to when school groups return for field trips in the fall.

The public aspect of his job is what makes it so enjoyable, he says. Prior to moving to Canada, he operated a construction company that specialized in restoration projects. Working at Heritage Park has allowed him to share his work with more people while also working on a wider variety of projects.

Wyatt oversees all buildings, walkways and roads, rides and vehicles at the park, such as steam locomotives and the stern paddle wheeler ship, the SS Moyie. In other words, “if it’s a structural or mechanical object, it’s mine,” he says.

“You have to think outside the box because there’s always a solution,” Wyatt says. “You just have to be willing to try things to find what works.” 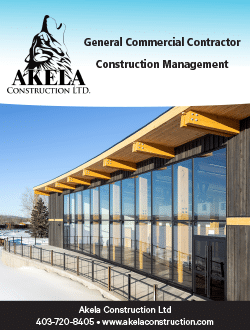