Apartment complexes used to be simple. Building after building lining meandering roads. A visible outdoor cement staircase leading to the upper floors of each structure. There might have been a nondescript clubhouse or a pool or the occasional tennis court. Like Jean Stapleton sang as Edith Bunker in “All in the Family,” those were the days.

But now “It’s no longer just about what’s inside the four walls of an apartment,” says Bob Rathmanner, director of construction management for CARROLL. “You’ve got to give people more.” 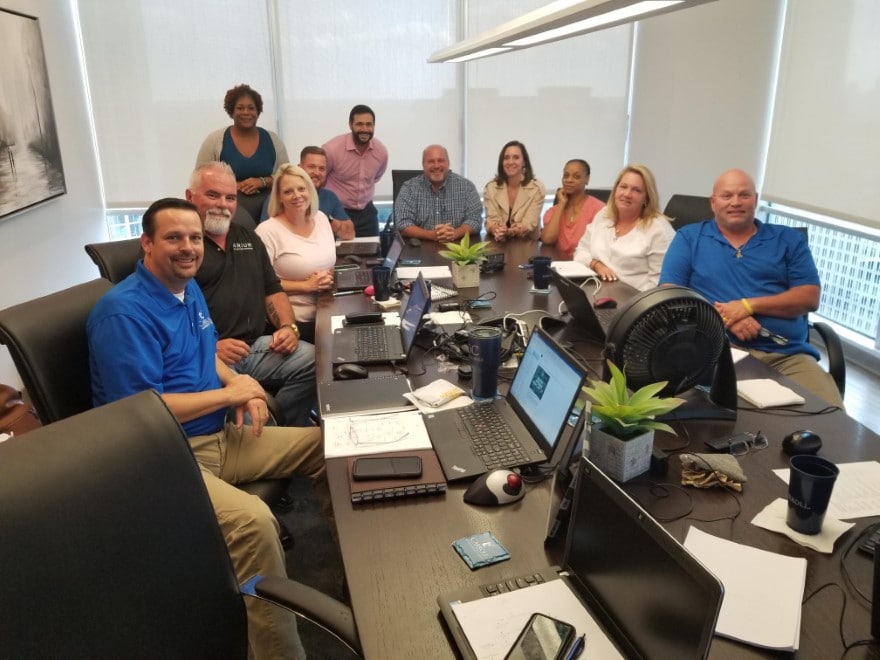 Bob Rathmanner (center) and his team

CARROLL, headquartered in Atlanta, is a privately held company that buys and manages multifamily housing communities throughout the Southeastern U.S. It also has properties in Colorado, Texas and Tennessee. Rathmanner has a team of 11, including seven project managers and a senior architectural project manager.

“It’s a very well-organized and dynamic bunch of people, and we’re doing some pretty unique things in the multifamily space,” he says.

Rathmanner expects the company to complete its latest project, the conversion of the top floor of a parking garage in Atlanta, in early 2021. He calls the project “really exciting” and says residents of the community who’ll benefit from the work are thrilled at the changes. 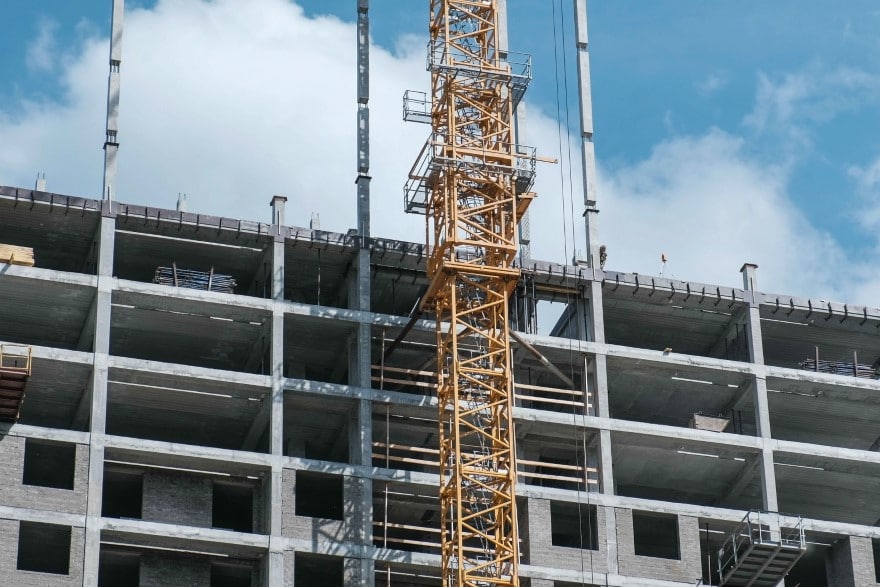 The 30,000-square-foot space under construction will include a rooftop dog park, fireplaces, gaming and seating areas, a large bar with seating and a view of the downtown skyline.

“If you don’t have the acreage on the ground for these amenities, you’ve got to be creative,” Rathmanner says.

The bar area is something he thinks everyone will enjoy—once COVID-19 is under control. TVs on walls, new appliances, portable heaters, fire pits, living art, and living walls with vines and foliage will make that space a popular part of the rooftop, he adds. There will be eight different seating areas and certain vantage points will have a view of downtown Buckhead, an upscale Atlanta suburb.

“We can’t wait to see the residents’ response to the change,” he says.

Giving people what they want

In large cities, ground space is limited, so rooftop or below-ground amenities are common. But in Florida, for example, wide open spaces and acres upon acres of available land give Rathmanner and his team more opportunity to get creative.

When deciding on what amenities to place in what community, he says a team of number crunchers analyzes the market, what other properties have and don’t have, and gets feedback from residents on their wishes for their community. 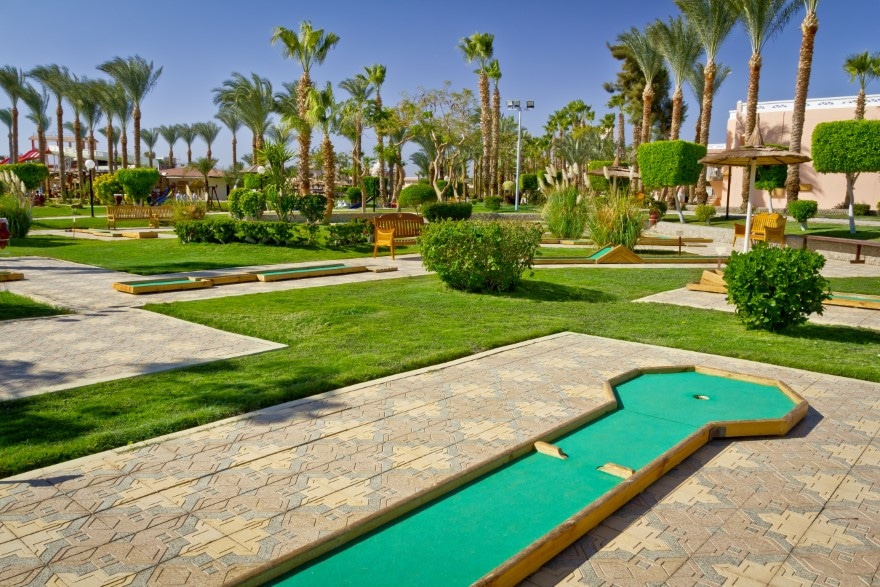 “What residents desire for their properties is really what drives the project,” he says.

In Sunrise, Florida, a short drive from Fort Lauderdale, for example, they’re considering installing a putting green with pitching and chipping space—you can never have too many places to practice golf in South Florida. There’s also been talk of adding other amenities like new outdoor grills, pergolas, a large grassy area and a nine-hole putt-putt course, but those plans haven’t been finalized.

At other properties throughout CARROLL’s portfolio, renovations to clubhouses and fitness centers, leasing offices and lobbies, are underway or in the planning stages. A lot of the company’s properties were built in the 1990s and early 2000s, so modernization is a big part of the plans.

“We’re bringing all of our properties into the 21st century,” Rathmanner says. “If you’re not modern and constantly upgrading and updating as technology improves, you can’t compete.”

In addition to the on-site construction planning and design, Rathmanner is now an executive for Carroll Construction Management, a subsidiary of CARROLL. In this role, he can lead projects for other property owners and developers and be involved from the idea and vision phase all the way to completion.

“Working on something from the ground up has been an easy transition because I’ve been in the industry for so long,” he notes. 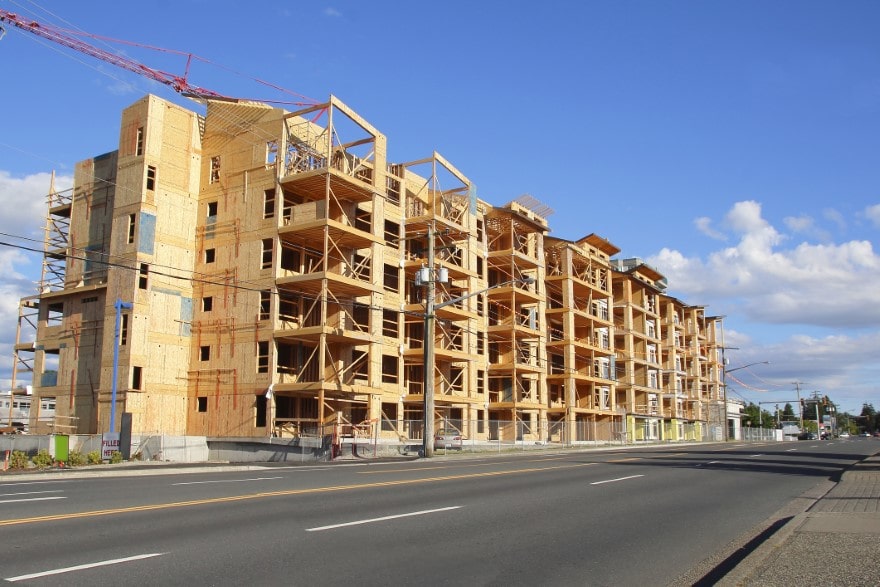 Growing up, Rathmanner’s family was in the restaurant business—he says his dream is still to own his own restaurant. A friend of the family had a business making personalized toys and puzzles for kids, and while working for him, Rathmanner realized how much he enjoyed using his hands, fixing things and creating.

He moved from Boca Raton, Florida, to Key West in 1991 and oversaw engineering services for Hyatt Hotels in Key West and Denver in 1998. He then worked on multifamily portfolio maintenance and capital improvement management with AIMCO and Equity Residential. In 2008, Rathmanner started his own management company and sold the business in 2015. He joined CARROLL two years later.

“From my early days in Florida using my hands to make repairs to a variety of building systems and components, to overseeing projects and teams of designers and project managers, my professional path has led me to what I consider an impressively dynamic organization in CARROLL,” Rathmanner says. “Here, I can use my knowledge and experience to make a difference for our internal customers as well as customers outside of CARROLL.” 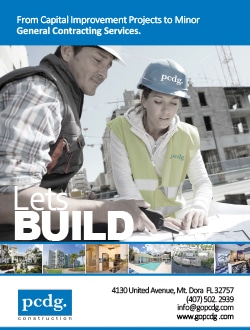