True to form, Jill Soderholm makes her way in a man’s world

What do digging holes, world travel, stuffing envelopes, women’s rights and mentoring all have in common? That would be Jill Soderholm—and all the things she loves to do and promote.

Connecticut-born, Soderholm has traveled the world applying her skills in real estate, finance, planning and architecture to high-end projects. Returning to her New England roots in 2018, she’s settled as the director of global real estate for BlueCrest, a manufacturing technology company that builds machines that insert and sort mail. 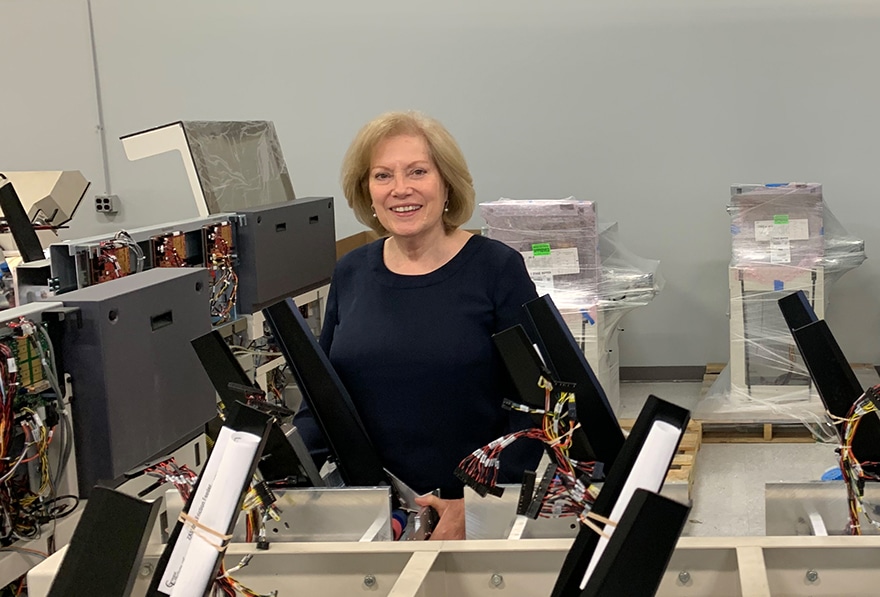 Securing 21 leases globally months after being hired, her focus prior to the COVID-19 pandemic was a $2 million project to modernize the company’s space in Danbury. Now she’s helping 350 employees navigate COVID-19 challenges while maintaining a business focus.

“It’s a time of uncertainty, but our processes and adjustments here have been smooth,” she says. “Worldwide, we’re conducting business and keeping our employees protected.”

Just two years ago life was seemingly safe and secure for Soderholm. Then, while working for Atlanta-based Anthem as a project director, she took a trip to New York and unexpectedly got a new job.

The ink was barely dry as BlueCrest—formerly a division of Pitney Bowes—emerged as its own company, spun off in the wake of an acquisition made by Platinum Equity. In the process, the digital Document Messaging Technology division was rebranded as an enterprise print, mail and customer communications solutions provider. Serving more than 3,500 clients globally with 1,500 employees, it had an aggressive plan for expansion and needed Soderholm. 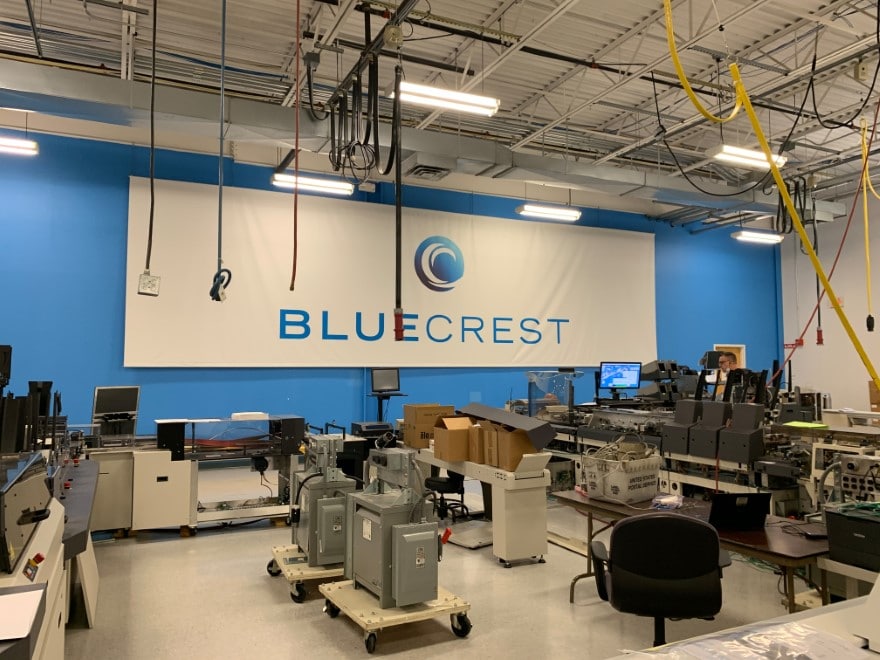 “In three days I had a job; it was that quick,” she says. “It worked out perfectly because I had to build a training center and move operations from Atlanta to Connecticut. They realized I had the bandwidth with my experience.”

Technically, it’s a business about preparing mail. From machines that insert and address envelopes, to solutions that sort by zip code—customers could be sending out census information in Germany or delivering parcels in Croatia.

“The software’s so precise, it’s impressive,” Soderholm says. “A lot of countries are still developing infrastructure for mail, so in some places this is the only way they get information.”

Her most recent project involved making space for BlueCrest’s production machinery, realigning the workflow on the factory floor and upgrading electrical and building operation systems. Her biggest challenge, however, was negotiating multimillion-dollar leases for 21 offices globally when she first got the job.

“Every day we’d start out morning calls with Japan and India and move around the world, realizing we’re a day behind,” she says. 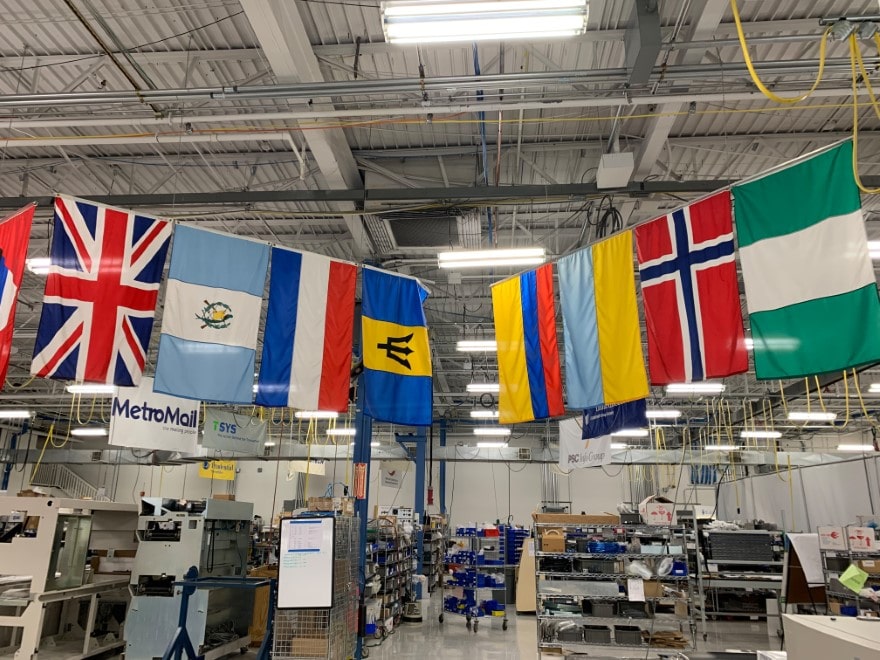 Working with a team of attorneys and consultants, the group tackled everything from office leases to patents regarding the machinery. It made for some busy days, and while there’s been a pause with the pandemic, she’ll be circling back to iron out finishing details such as installing IT.

“The size of the real estate pond has changed,” she says. “But this is a different phase of my career and I’m enjoying it.”

Not that she didn’t enjoy the others. 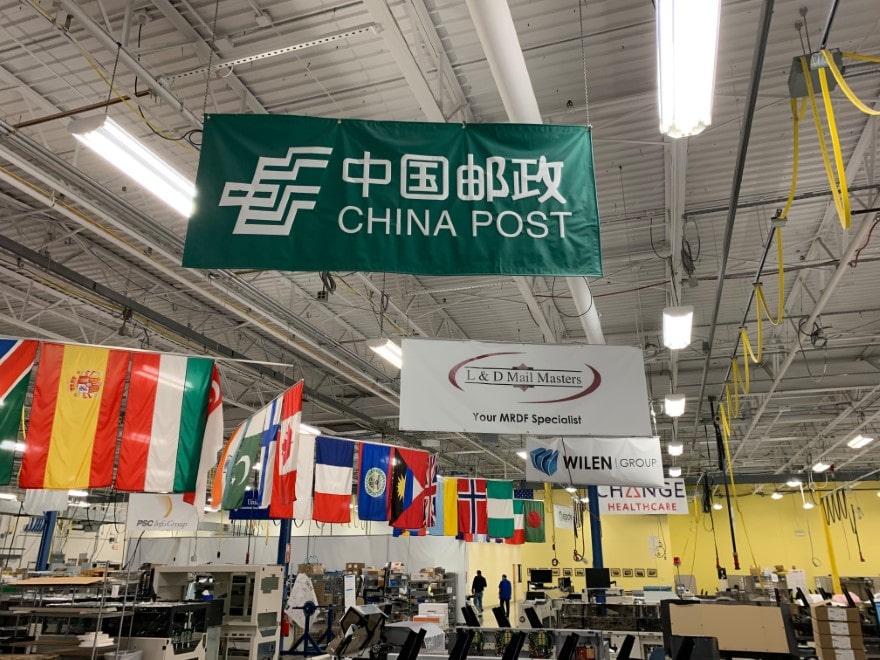 A quick study, she realized early on the money wasn’t in operations, but in finance and management. Convincing her employers at HSBC to show her the ropes, she learned underwriting, finance and lending—Donald Trump was even a client.

“I got to the point where I was responsible for 14 million square feet worldwide. I enjoyed it so much and got to know everyone in a very large organization,” she says.

Her North Star in career decisions, however, was her father David, a civil engineer, a “mentor and the light of my life,” she says, and jokingly adds, “growing up as one of three daughters, I was my father’s only son.”

As a budding builder Soderholm loved digging holes as a child, building forts and fishing with her dad. That turned into drawing buildings on her father’s drafting table—an experience that led to a fascination with spaces, whether she was drawing, renting, leasing, designing or financing them.

Her father tried to turn her away from the mercurial real estate and architectural businesses, saying it could be filled with heartbreak for a woman. Undeterred, she found her path, making pitstops along her professional journey in New York, Florida and Chicago and overseas to Dubai, Saudi Arabia, Hong Kong and Japan. One of her favorite jobs was working as director of development at SAMA DUBAI in Tunisia for five years, starting in 2008. 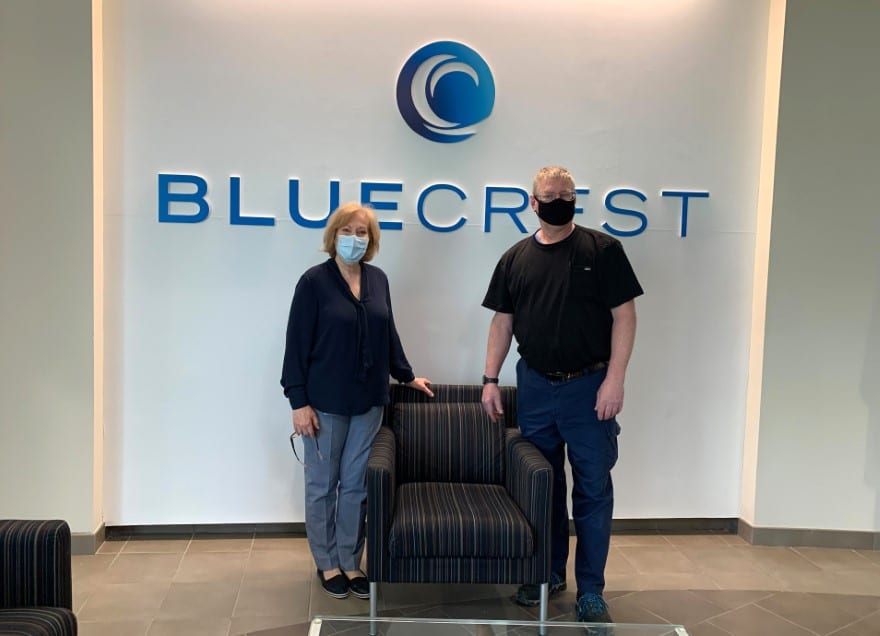 “It was hard being away from my family, but I loved building different projects in unique environments,” she says.

Part of Soderholm’ s drive—and the riddle she needed to solve professionally—was also proving herself in a male-dominated industry. With no children of her own, she shared her life lessons with her niece, Paige Armstrong, an epidemiologist, lieutenant commander in the U.S. Public Health Service Commissioned Corps and a spokesperson for the CDC.

“She’s on the frontlines of the COVID-19 crisis and I am so proud of her,” Soderholm says, commenting on how meaningful it’s been to support Armstrong on her path.

While she admits she initially approached the feminist movement “kicking and screaming,” since then she’s encouraged growth, mentorship and connections to empower young women like her niece.

“I love seeing more women in business,” Soderholm says. “I encourage them to not shy away from their interests. There’s nothing like a lifetime of doing the wrong thing; it’s better to unlock your desire and choose the right path.” 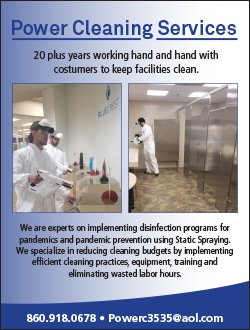