“When I came to the United States, I never intended to work for somebody,” says Tekeste, president and founder of Blue Nile. “I always thought I would start my own business and be my own boss.”

After graduating with a master’s degree in environmental engineering in 2002, he went to work as a designer and eventually took a position with a utility services company where he quickly became disillusioned with its poor management. “The boss was just doing everything from experience and I really didn’t agree with the way he was managing the projects,” says Tekeste. 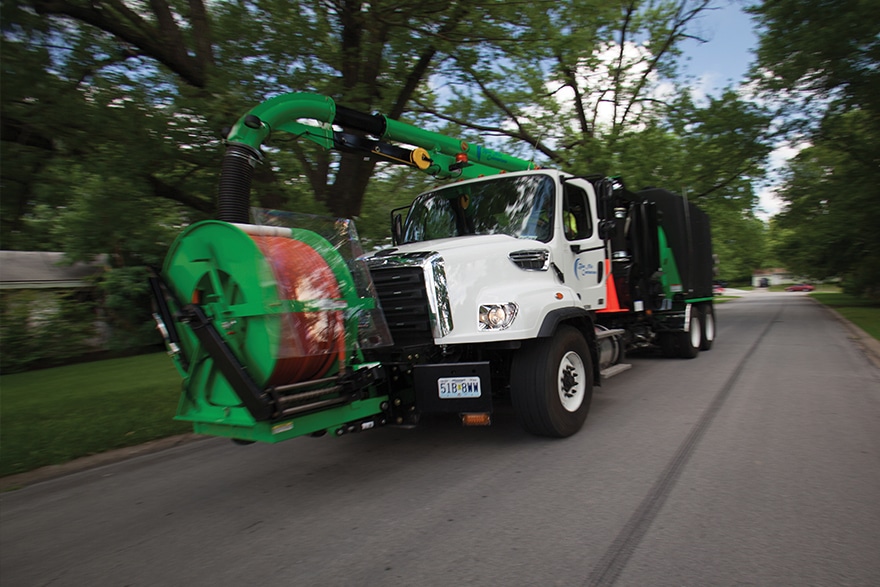 It was at this point that Tekeste decided to strike out on his own and found Blue Nile in 2005 as a sanitary facilities contractor. The company started out small, completing $50,000 to $75,000 projects in the sanitary facilities market for a number of years before launching a trenchless technologies division in 2011.

It’s a commitment to quality that sets Blue Nile apart from its competitors, according to Tekeste. This ethos extends to the company’s team of seasoned industry veterans, who Tekeste credits with delivering a superior level of service on every project.

“We also have quality equipment and safety is a priority. Production is always important, but we never compromise on safety or quality for the sake of production,” Tekeste says.

“We also have quality equipment and safety is a priority. Production is always important, but we never compromise on safety or quality for the sake of production.”

While wet utility work still represents a bulk of Blue Nile’s workload, activity in new niches such as trenchless technologies, excavation and dirt work have been steadily growing in recent years.

The decision to expand into trenchless technologies in particular was spurred by a $2.5 billion agreement between the Environmental Protection Agency and the City of Kansas City to separate the municipality’s sewer lines over the next 25 years. “That entails a lot of work in trenchless technology, so I saw that and started this new division,” says Tekeste.

Blue Nile recently invested $750,000 in new equipment that will allow it to perform trenchless projects that utilize cured-in-place-pipe (CIPP) technology. The cost-effective solution allows Blue Nile to replace the structural lining of storm and sewer pipes between 30 and 120 inches without the need for digging.

The CIPP system, a type of UV pipe rehab technology, involves inserting resin-impregnated sleeves into a damaged pipe. Once inflated, the sleeves fit snugly against the walls of the existing pipe and then cured with UV light to ensure they stay in place.

“This is not really a new technology, but in the Midwest it is and we’re the first ones to apply it here,” says Tekeste. “I’m very excited because it’s such a good technology both environmentally and economically. We’ve spent a lot of money and now we’re ready to get rocking and rolling on this thing.”

A proud union shop, Blue Nile employs between 85 and 90 workers at any given time. The company self-performs all pipe-laying and earthwork, but relies on a team of trusted subcontractors to tackle all asphalt, concrete and truck-related aspects of projects.

Having started out as a subcontractor himself, Tekeste is eager to give other fledgling subcontractors a chance to prove themselves. “If those guys didn’t give me an opportunity when I was starting out I wouldn’t be here now, so I have to give the opportunity to anyone who wants to work with me,” he says.

Always one to count his blessings, Tekeste says the company’s very survival in the early days can be credited largely to two small water main replacement projects for the city of Kansas City, Missouri, that kept the company on its feet. “A lot of companies went under at that time, but those projects really came at the right time,” he says.

As the construction market continues to rebound, Tekeste is eyeing diversification and expansion opportunities as a means of growing Blue Nile’s overall business. “Last year and the year before we went into new markets like rural areas, but at the same time we’re following the private sector,” he says.

The company has a tried-and-true system for expansion, leading with its trenchless technologies division and then pursuing utility work if the market seems responsive. Tekeste is currently eying opportunities in St. Louis and Springfield, though he’s wary of getting to far ahead of himself.

“Things are getting better, but I’m still worried about the current buildup in Kansas City. Every block has a construction site on it and I’m worried about if there’s actually a demand for all that supply and things are growing too fast,” he says.

Regardless of where the construction market is headed, Tekeste’s commitment to quality, safety and passion for the work he does will bode well for the company. “I really love this work. Even if I didn’t get paid for it I would probably still do it,” he says.

With a strong leader at the helm and an expertise in emerging technologies, Blue Nile Contractors Inc. will continue to serve clients throughout Missouri as a full-service utility contractor.