In 2021, when Billy Demory first spoke to Blueprint, he was tackling the construction and the redesign of heating, ventilation and air conditioning systems for Frederick Health’s new Critical Care Pavilion. At the time, COVID-19 cases were stubbornly high, and the goal was to minimize airborne risks in the hospital.

A year later, he proudly provided Blueprint an update: The project wrapped in August 2022. 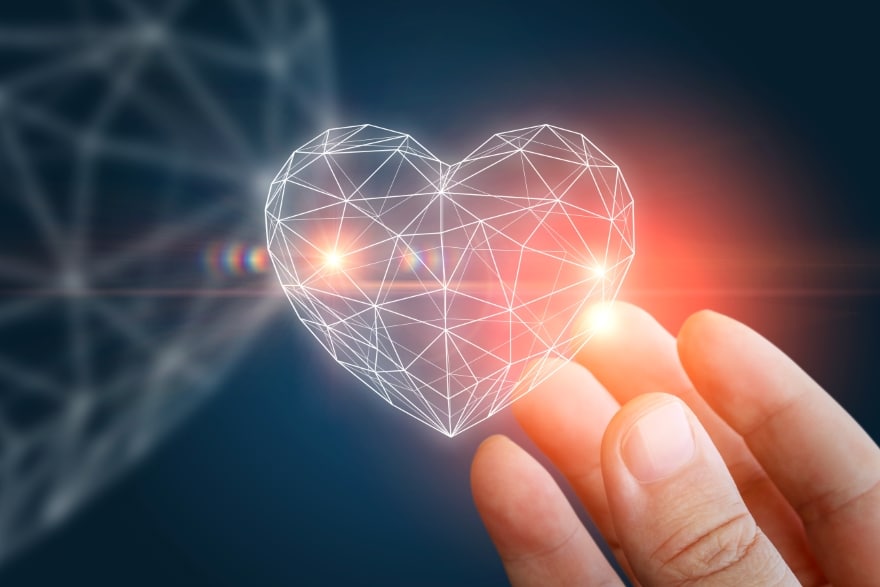 As Demory explains, when he arrived to Frederick Health in 2018, the hospital had a dated way of accessing and storing its blueprints. Going back more than a century, all the work was documented on paper and stored in a cluttered room that has since been converted. That made it almost impossible to complete work quickly because vital information was hard to get.

“We had a room jammed from floor to ceiling with paper blueprints,” he recalls, with some renovation content dating to the 1940s. “My predecessors were all wonderful; we just didn’t have a system in place for the blueprints. I found a permanent solution to avoid falling into this quagmire again.”

As a result, he says Frederick health was able to complete the redesign in less than a year, something that would have been unthinkable when he was hired.

Before Demory began unravelling the blueprint tangle, he added in-house construction management positions to the Facilities Management Department. He believed outsourcing was one of the reasons for the overwhelming disorganization, as several companies would hand over stacks of blueprints for projects using different formats and organization.

“Perhaps ironically, the office that we wanted to use to house internal construction managers was the same one jammed with mountains of blueprints—so that was one more reason to get that room cleaned out,” he says.

Demory tasked a coworker with finding a vendor that could digitalize all the blueprints for a reasonable price. For the better part of the year, Maryland-based ArchScan scanned every paper blueprint, some more than 400 pages. 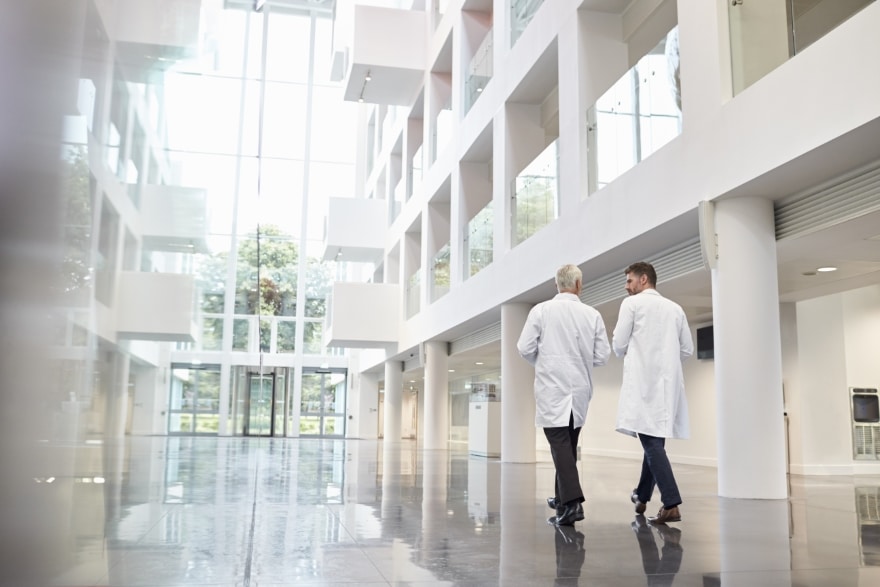 The digitization was completed in 2021. Now, each project has a title and is in a searchable database. If a system is changed, the related blueprint can be updated. In addition, unlike paper copies that could become lost or damaged by, for example, a spilled cup of coffee, the new database is more secure.

This digital database also cut the time for accessing drawings from hours down to minutes. This came in particularly handy when he and his team began examining the HVAC system in response to the COVID-19 pandemic.

“We can query specific drawings for the Fredrick Health Hospital, for example, in a matter of seconds and put a plan together—instead of combing through a room crammed with thousands of blueprints and little hope of ever finding the exact one we needed,” Demory says.

Now, Demory is navigating an issue that technology can’t fix: a short supply of licensed stationary plant engineers in Maryland and nationwide. Frederick Health Hospital needs someone to manage, monitor and perform repairs and maintenance on its steam boilers, chillers and cooling towers. The problem is that, according to Demory, colleges and universities are phasing out education for plant engineers.

“The even bigger issue is that not many people are graduating with an eye on trade or engineering careers in mind,” he explains. “To make matters worse, due to the size of our hospital’s steam boiler equipment, Maryland requires us to hire someone with a Class 1 or Class 2 licensing, which is the highest of five levels.”

Working with his boss, Michael McLane, Demory is developing the Plant Engineer Apprenticeship Program, which will help cultivate talent and offer a viable path for those who feel that university and office jobs aren’t quite for them. Demory and Courtney Cline are also in contact with the state’s Department of Labor and Licensing board to create a formal adoption of the program among its other licensing offerings. 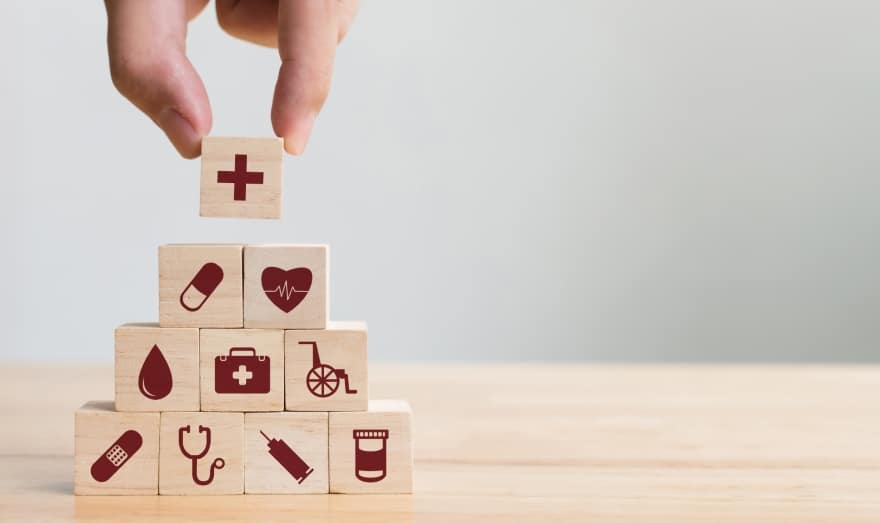 He adds that if the state approves, Frederick Health will work to partner with community colleges, making the hospital a pilot site. Students would graduate from the program, take a position at Frederick Health and gradually become licensed to do more complex tasks through the Maryland Board of Stationary Engineers.

“We’re taking strong ownership of developing the stationary engineer apprenticeship program and are hopeful that it will bear fruit, so we can provide a position for life, basically, working with a student from Class 5 all the way up to Class 1,” he says.

He’s particularly passionate about this program because his career in facilities management was an accident. While being scouted by pro teams, Demory worked summers at an HVAC business as he dreamt of becoming a professional baseball player. His dreams literally shattered during a part time summer job when his arm went through a glass table while at work.

On disability, he was relegated to the office. Soon, in 1997, he became the facilities manager at a Marriott International subsidiary. By 2003, he was the facilities coordinator at Johns Hopkins Bayview Medical Center and knew he’d found his place.

“I had the most broken, non-traditional career path as I finished college after having children and receiving my MBA degree in health care administration from Florida Institute of Technology.,” Demory says. “I still consider myself a baseball player and that’s how I look at my teams, whether at Frederick Health or any other location. I’m like the pitcher on the mound; it’s my job to get everyone set up for success and get those outs.” 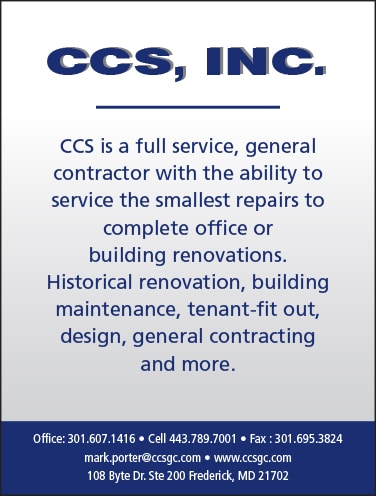 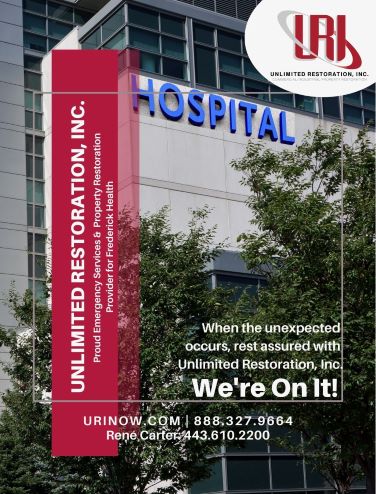 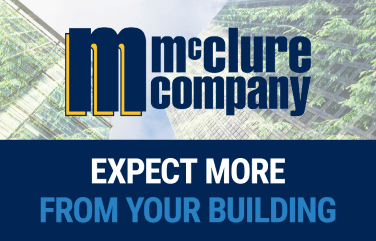