It’s a standing joke that marks the end of an academic year at Milford School District SAU-40 in bucolic southern New Hampshire. An ordinary academic year, that is.

“Don’t worry,” Bill Cooper is typically told after the students are dismissed in mid-June. “It’ll be a light summer. Just the usual projects on your to-do list.” 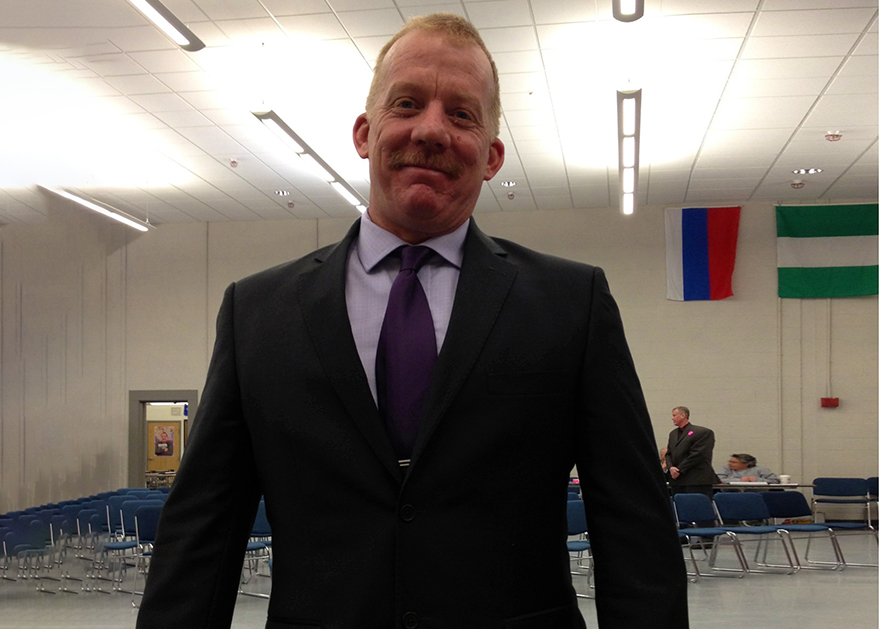 Though this past summer was anything but for the longtime director of facilities and his team of 23. The usual 15 to 20 maintenance and capital projects had to be finished sooner than in the eight to 10 weeks allotted in summers past. Then it was on to the numerous precautions Cooper had to oversee on the COVID-19 front.

The precautions continue, with youngsters alternating days when they come to the two elementary schools, middle school and high school, and learning remotely. The “in” days have them wearing masks, following arrows on the floor and being constantly reminded of the ongoing pandemic through signage on the walls.

With Cooper having acquired temperature-recording devices, 25,000 masks, 700 face shields and 80 gallons of hand sanitizer, SAU 40 seems prepared should the pandemic extend as experts fear. The five buildings his team maintains are constantly cleaned with antiviral disinfectants, and all functions cease should there be a positive test—the high school and an elementary school had each recorded one in early fall. 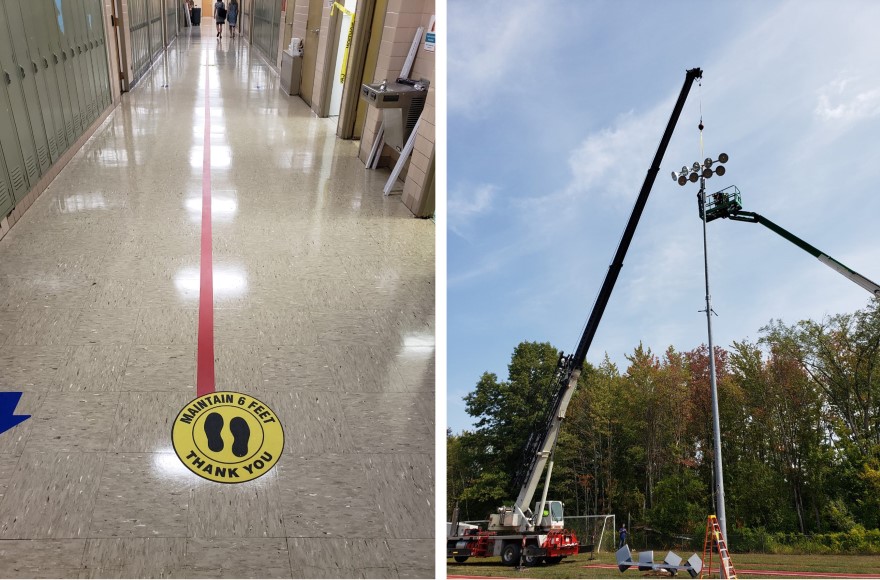 “It’s got to be a stressful situation for everybody,” Cooper tells Blueprint on an October morning when his own stress level might have been jacked up the previous evening. Gales had toppled a tree onto an elementary school parking lot and Cooper was there for three hours overseeing its removal while other branches and trunks twisted in the wind. Come winter, he’s often trekking in from his Nashua home in the predawn hours to plow snow—the district not outsourcing that duty.

There’s never any real summer vacation for a school district, he reminds, not with even the best kept facilities taking a beating from September to June. If he takes a vacation, it’s usually when school is underway.

Last summer an elementary school roof needed replacing, as did the two boilers at the high school, those have given way to condensing boilers fueled by natural gas. The high-efficiency heaters condense water vapor in the exhaust gases, thus recovering the latent heat of vaporization that otherwise might have been wasted. That initiative complements other energy-efficient tasks that include an in-progress districtwide LED light conversion. 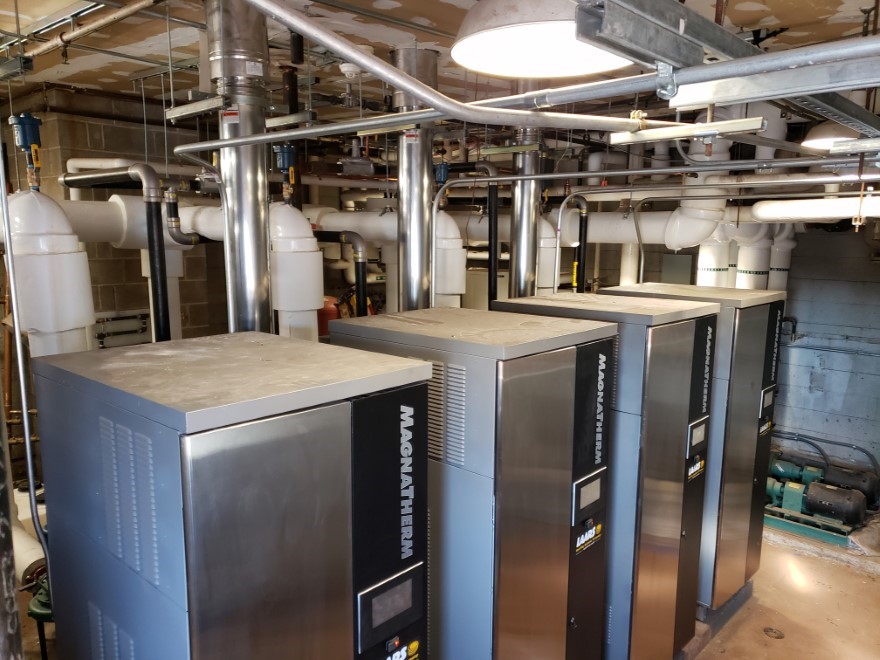 Two playgrounds were overhauled with a rubber surface and new equipment, and a lecture hall was brought into ADA—Americans with Disabilities Act—compliance with wheelchairs and other necessities. There’s a new track at the high school, the previous having been 12 years old and showing its age. Multiple buildings have been painted, new millwork and windows are in place and fire prevention has been upgraded.

Though outside contractors did much of the work, Cooper supervised the process rather than relying on a project manager. He puts together the requests for proposals, decides which company to call and walks everyone through the properties.

“It doesn’t bother me to have all these projects going on at once,” he says. “To me it just comes natural. I’d even love to be more hands-on, but the overall responsibilities take me away from that.”

At home on campus

Cooper’s been hands-on much of his working life, having been employed in a Nashua factory at 18 when informed of a maintenance position at the old Indian Head Bank. While he wasn’t well-versed in mechanics, he learned on the job and later through night courses at New Hampshire Technical College, where he was certified in facilities maintenance management. He’d enhance those creds with degrees in facilities management and project management from Clemson and Villanova, respectively.

Comfortable with air compressors and the like, he became an HVAC service supervisor at CP Management from 1993 to 1998, overseeing all equipment for 17 properties. From there he spent five years at Progress Software as a building services manager, in charge of daily operations at the Bedford, Massachusetts, headquarters and three distant satellites. 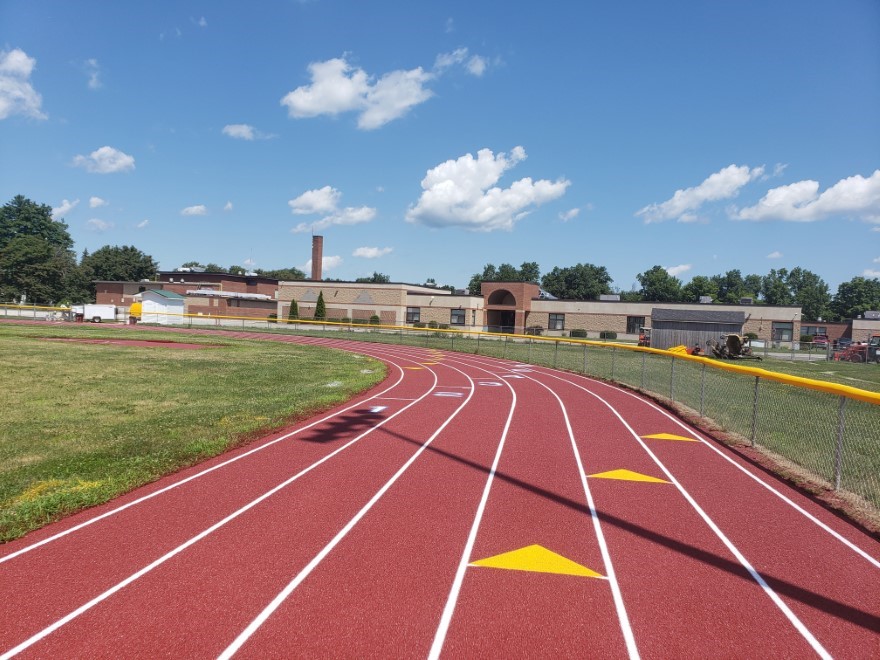 His wife seeing an advertisement for an SAU 40 facilities director, Cooper applied and was hired in the summer of 2003. While all those years in the private sector provided valuable experience, the 59-year-old feels much at home in this small, scenic New Hampshire town.

And should stress set in? Well, Cooper is a black belt in the Chinese martial art of Kenpo, which he used to teach. An avid motorcyclist with a touch of Dennis Hopper in his psyche, he’s revved to Key West and back with friends.

But nothing on the job seems to stress him for long. Dealing with a pandemic, fallen trees and blizzards are all in a day’s work, as is a summer without much of a break. 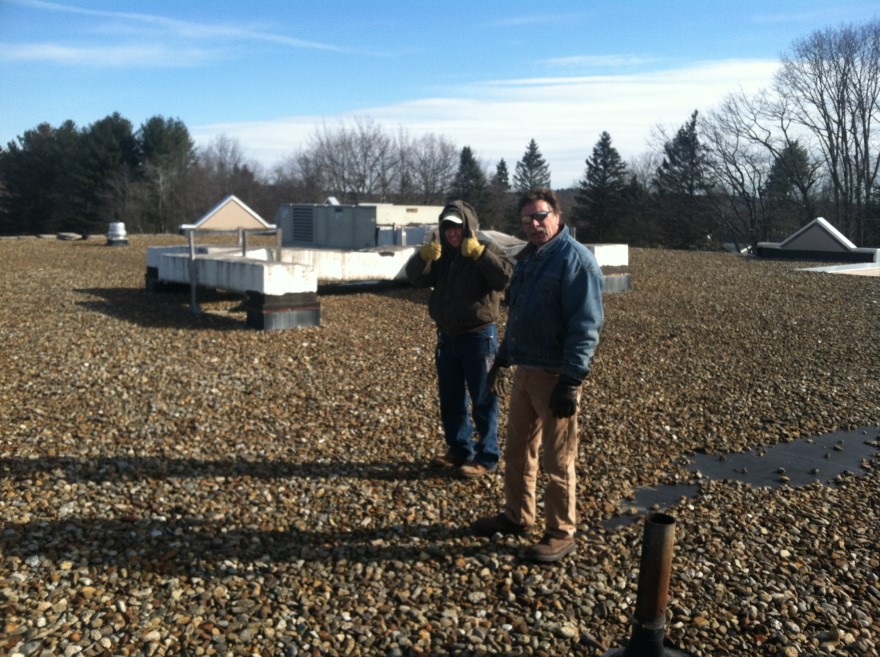 “I really like the atmosphere and the variety of the work,” he says. “I’d put my staff up against anybody’s in this state. They take direction and they give advice. I’ll always listen to what they have to offer.”

The students are an asset as well, Cooper usually having several of them augmenting his team each summer. Some may even return when home from college. And if they opt to explore further possibilities in facilities, he’ll be there to assist.

“This really is a fun field,” Cooper says. “I wish more people would get into it. We’re going to have a shortage in the hands-on trades. We need electricians, plumbers, carpenters, etc.” 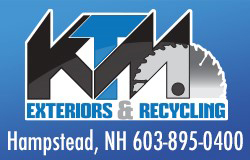