Reshuffling a campus for the sake of the Commons

After nearly 30 years of planning, and a mound of architectural concepts considered, rethought and reworked, Bennington College is preparing to renovate its historic flagship building, known as Commons.

Located on the south side of the progressive Vermont liberal arts institution, the 45,000-square-foot, three-story red brick structure has been the center of campus life since Bennington opened its doors in 1932. Construction began in August 2017, and involves creating new entrances, updating the dining facility on the second floor and renovating the long-shuttered third floor to provide classrooms, lecture halls and studio space. Associate Vice President for Facilities Management and Planning, Andy Schlatter, says the renovation will reconnect the north and south sides of the building and help to contribute new student services.

“The way that the building was originally designed is based on a front-of-house and back-of-house mentality that has constrained its openness and flexibility; the goal of the renovation is to erase this distinction,” he says.

The new design reconnects the building by developing a new north entrance, which includes a central connecting stairway and elevator, and opening up the dining space to integrate food preparation facilities into the dining space. The college also plans to add a new café and bakery to the first floor, along with the relocated campus bookstore and the post office.

“Bennington’s pedagogy is rooted in the live-work experience, uniting study, work and everyday life,” he says. “By combining academic space closely with dining space and social functions within Commons, we’re merging all those aspects of campus community life into one container.”

Before renovations could begin, the administration had to figure out what to do with the services being provided in the Commons, specifically the dining and Health and Psychological Services programs.

Bennington College’s 700 plus students and over 80 faculty members depend on these services nearly year round, which means they couldn’t be shut down for construction. So, the college set out to find a new home for these two essential programs. 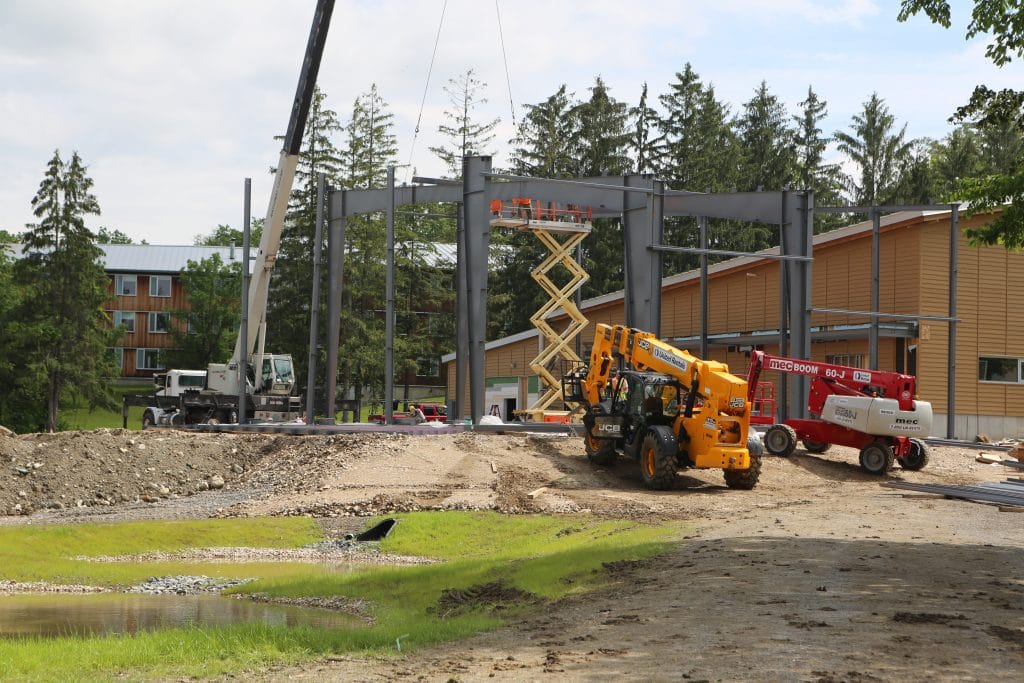 For Health and Psychology Services, the college chose to transform one of the campus’ oldest facilities, a former agricultural building that was being used as faculty apartments, into the campus’ new Student Health Center.

Schlatter says this isn’t a temporary solution. Instead, Bennington College took advantage of the Commons renovation to shift the way it views student health and wellness.

“The college recognizes that the health and psychological needs of students have changed over the life of the institution, and [Bennington] was looking to support a more integrated and proactive approach to student health,” he says.

In spring 2017, the institution hired a director to oversee the newly created Office of Student Life’s Health Promotion program, which offers students educational programs about sexual health and their general wellbeing.

“The [Commons] renovation is such a big deal for the entire college community because this has been a discussion for almost three decades,” Schlatter says.

“Another interesting thing about this project is the facilities in Commons were never really ‘comfortable’ in that building, and were situated there almost by default,” Schlatter says. “This building unites all heath programs in a brand new, purpose-built facility.”

Bennington College began site work on the Student Health Center project in December 2016, and was wrapping up construction in mid-July when Schlatter spoke to Blueprint.

At the same time Bennington was building the new Student Health Center, Schlatter and his team also had to come up with a temporary dining hall that could feed students during the Commons renovation.

After reviewing multiple options, they chose to renovate the Student Center building because it already had a small snack bar and cafeteria where students and faculty could grab a quick meal. While this area was not quite large enough, “we were able to adapt the existing infrastructure and expand the capabilities,” Schlatter says. In mid-April, all operations within the Student Center were stopped in order to upgrade and expand the kitchen, dining and food storage facilities. The college finished construction on the interior of the existing building and began serving meals in July, while completing work on a new 5,000-square-foot addition that will serve as additional dining space by the start of the fall term.  The newly renovated Student Center will serve as the main dining hall for Bennington until the Commons reopens in 2019. When that happens, the temporary dining area will be adapted into a multi-use indoor recreation space.

“It was kind of amazing to take a functioning facility and completely rework it in the short span of three months,” Schlatter says.

What’s more, with health and dining services tended to, the institution is ready to begin the bidding process for the Commons. “This project is such a big deal for the entire college community because this has been a discussion for almost three decades,” he says.

Schlatter, who before accepting a position at Bennington, worked as an architect for a firm in Philadelphia, also sees an added bonus.

“The quality of the built environment here and the care that the institution has towards the physical assets of its land and buildings, gives us all a sense that we are stewards of this place,” he says. The renovation of Commons is a continuation of that higher calling. 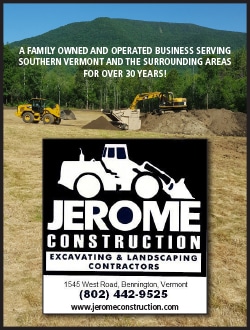 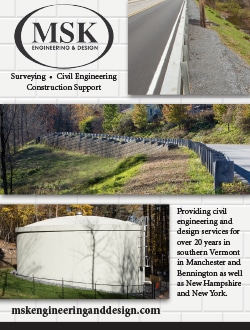 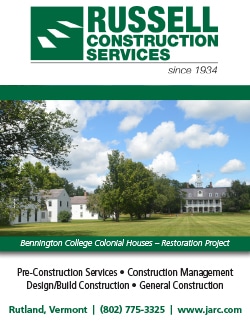