The advantages of WELLness in the home office

If BCCI Construction wants clients to know how the WELL Building Standard can improve a work environment, all the staff needs to do is give a tour of the headquarters. That’s because, a little more than a year ago, the company designed its new office in accordance with the standard.

“We really did create a showpiece with our new space,” says Michael Scribner, president and CEO of BCCI. “We host a lot of client meetings and functions with the real estate industry including architects, construction managers and real estate brokers so they can see and understand WELL and maybe consider it for their own clients and, in some cases, their own [office] spaces.”

BCCI moved into the new office suite in early summer of 2015, and it was the company’s sustainability team that influenced the firm to consider the WELL Building Standard.

How to build WELL

To earn WELL Certification for its new San Francisco office, BCCI followed guidelines designed to improve the health and comfort of the building occupants. 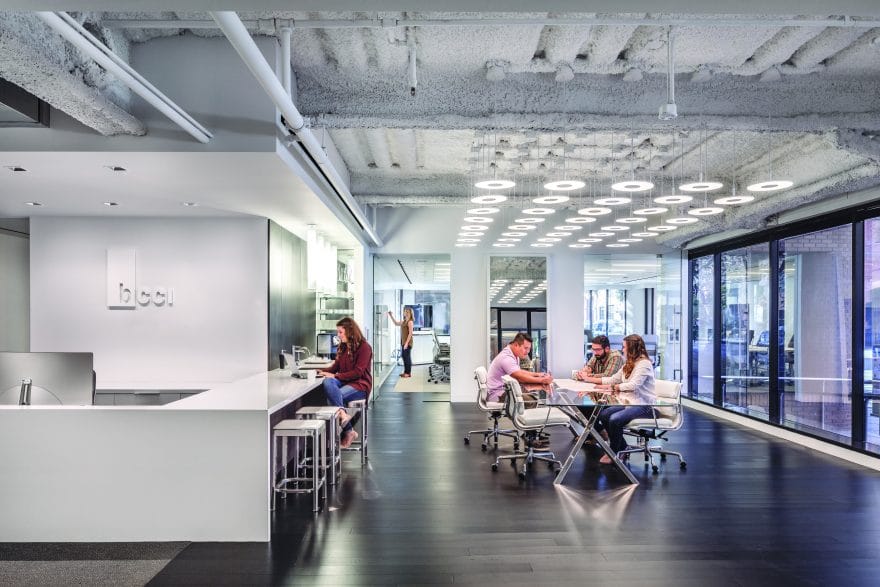 The requirements are organized into seven categories: air, water, nourishment, light, fitness, comfort and mind. Similar to LEED certification (the most well-known green building certification system), a WELL space is ranked by the criteria it meets as well the number of additional features, known as optimizations. The number of optimizations dictate the ranking, for instance, BCCI’s office is targeting the silver designation. There are also gold and platinum certifications for the most stringent adherents.

Through a process called Performance Verification, the space is also reviewed by a WELL Assessor who tests that all requirements have been met.

BCCI began planning the new headquarters at the end of 2014 and started renovations in March 2015.The sustainability team at BCCI worked alongside the company’s architecture team to design an open office that makes use of large perimeter windows for plenty of natural light and great views of the adjacent Levi’s Plaza Park.

Focus rooms provide relative silence and the combined lounge and kitchen area has televisions, a pool table and guitars.

Since the company moved in 2015, Scribner says his employees are more connected than they were before. 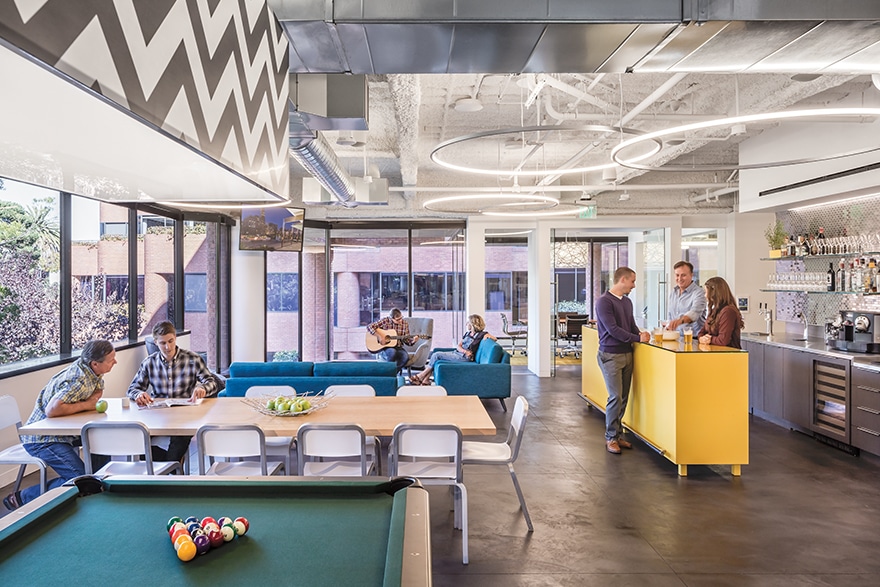 “The atmosphere is more conducive to how we work and how we want to operate in the future, not only because the environment is more pleasurable to work in, but because of the collaboration that is happening. Our leadership team, our project team and the rest of our departments are more engaged with each other,” says Scribner.

BCCI Construction was first established in 1986 as a commercial interior contractor based in San Francisco, California. In 2003, it expanded to do ground-up construction as well as structural and historic renovations.

In addition to typical contractor services, BCCI provides in-house services that include architecture, construction management, sustainability and permitting and entitlement. As a result, clients don’t hire multiple vendors to determine the best approach to a potential project.

“I think [WELL] really is the future of sustainability.” – Sustainability Manager, Kena David

These services help BCCI maximize the real estate opportunities for its clients, such as introducing ways a project can become more sustainable.

“I think [WELL] really is the future of sustainability,” says Sustainability Manager, Kena David, who has been a part of the sustainability team for five years. “People are always the ones occupying the building and although LEED does an excellent job of conserving the energy and water while also lowering the overall carbon footprint of a building, it does not address the health and well-being of the people who will live and work in those buildings.”

WELLness from the ground-up

The property is a five-story, Class A office development in the South of Market neighborhood of San Francisco. The developer, Presidio Bay Ventures, viewed the WELL Building Standard as a way to differentiate the building from others in the area.

“We had an existing relationship with the developer, so when they were looking for a ground-up contractor we were a natural fit because of the depth of our sustainability services and their interest in pursuing WELL,” says David. 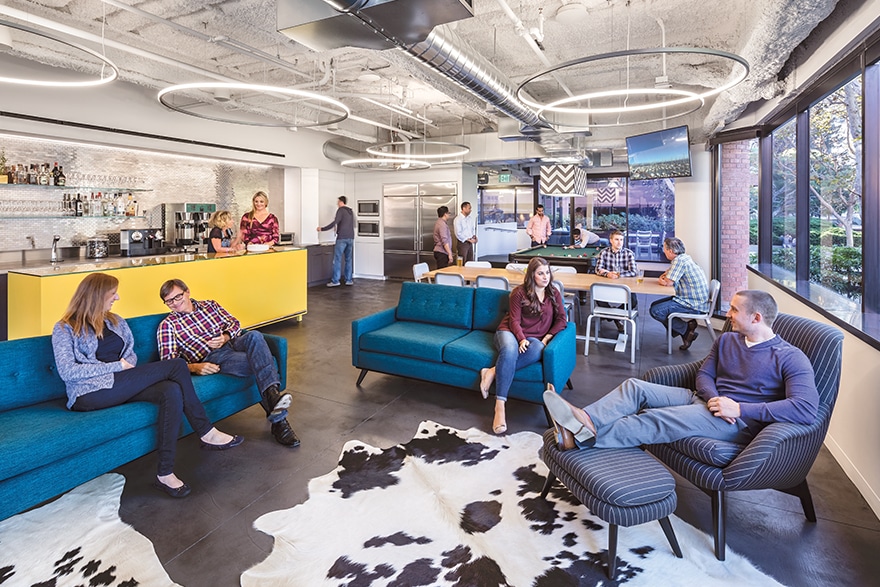 Because the property is surrounded by buildings on three sides, and in order to meet WELL Core and Shell Compliant standards, BCCI worked with the design team to add an entire side of windows as well as skylights to bring in as much natural light as possible.

The building also has bicycle storage, showers and changing rooms, a fifth floor terrace, and a 2,300-square-foot roof deck.

Both Scribner and David look forward to working on more WELL projects in the future.

“In the past two years, there has been so much interest and so much traction,” says David. “Our clients want to be on the cutting-edge of sustainability…They want to show that they care about their employees. They want to show their commitment to create a healthy workplace, and I think WELL is one of the best ways to demonstrate that to employees and to the marketplace.”