It’s gratifying when the company one’s been affiliated with for over four decades can, in a matter of speaking, go with the flow when it comes to efficient treatment of water and wastewater.

So says Mark Gasvoda, the long-time chairman and former owner of B.L. Anderson, an industrial manufacturer’s representative of all things water and wastewater, with offices in Indiana and Ohio and a commitment to serving communities in a big part of the Heartland.

And while he’d never say it’s an easy process, the 1977 Purdue University engineering graduate has found it to be more manageable since the mid-1990s, with credit due to funding changes in federal policy.

Before that, the Environmental Protection Agency would fund 75 percent or more of treatment plants through grants that required recipient municipalities going with the cheapest options. Initial costs were lower, but long-term value was poor. But 25 or so years ago, the feds took to funding such projects with revolving loans of around 2 percent over the course of two or three decades, the results garnering more attention from cities and towns that were more liable for costs.

“Frankly I prefer such an approach because when the community has to pay for it, it’ll be more involved in all facets of the process,” the affable Gasvoda tells Blueprint in February from company headquarters in Lafayette, Indiana. “When the grants program was in effect, cities and towns tended to go low-dollar and would waste a lot of money long term.”

Now those communities may cover the costs through bonds or the revolving loans, and use income from the utilities to pay Washington back. And costs being more of a concern, they may work more closely with B.L. Anderson, which buys specialized equipment from multiple vendors, sells it to contractors, consults on installation and then services the systems for mostly public-sector clients in Indiana, Ohio and Kentucky. Long-term value and high performance is important to them.

The to-do list seemed to be growing when Gasvoda took the time to chat with Blueprint. Right at home for starters, as Lafayette endures what’s known as combined sewer overflow (CSO). It’s a nationwide problem but one that seems to especially vex Indiana, whose 567 cities and towns include around 100 where aging treatment systems have such storied waterways as the Wabash, Ohio and White rivers suffering the effects.

But, as Gasvoda reminds, B.L. Anderson strives to be as much solutions provider as manufacturers’ rep. Last year Lafayette commenced with the first step toward a long-term solution with additional stormwater basins and B.L. Anderson was entrusted with replacing and adding Xylem Inc.’s submersible propeller Flygt pumps to the treatment system. 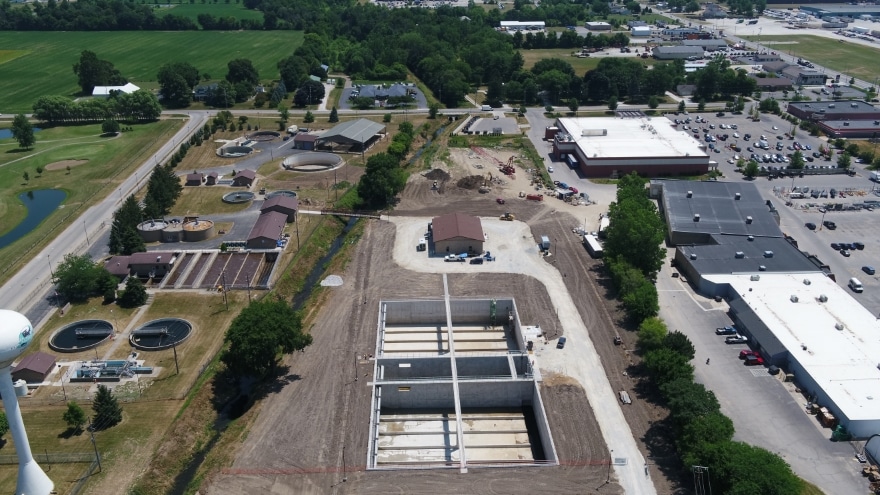 Not too far away in Nappanee, the company had just furnished the pumping and treatment equipment necessary to complete a facility there, and a similar project was just getting underway in Terra Haute.

In Muncie, work progresses on the second phase of a major upgrade to the Indiana American Water treatment facility on the city’s southeast side. That $23 million project is replacing an existing intake and antiquated pumping facility with upgrades to treatment and disinfection that will help it meet more stringent EPA regulations necessitated by such hazards as prescription drugs being flushed down toilets.

For a major Midwest airport, B.L. Anderson is furnishing the mechanisms for treating the tarmac overflow of de-icing chemicals, a project overseen by company President Rick Kocerha, with completion anticipated next year. After a brutal winter in the Midwest, the airport may have wished it commenced with the project sooner.

As the company represents a large family of suppliers, it’s well positioned to service the equipment such as pumps, aeration equipment, control valves, industrial blowers, disinfectants, instrumentation or anything else that may go into a project.

“We’re basically an agency, like an independent insurance agent, except we have protection on our territory,” Gasvoda says. “For instance, we represent a highly valued company from Minnesota [DeZURIK]. If you need it in our territory, you must buy it from us, and we are protected for our efforts on long projects. 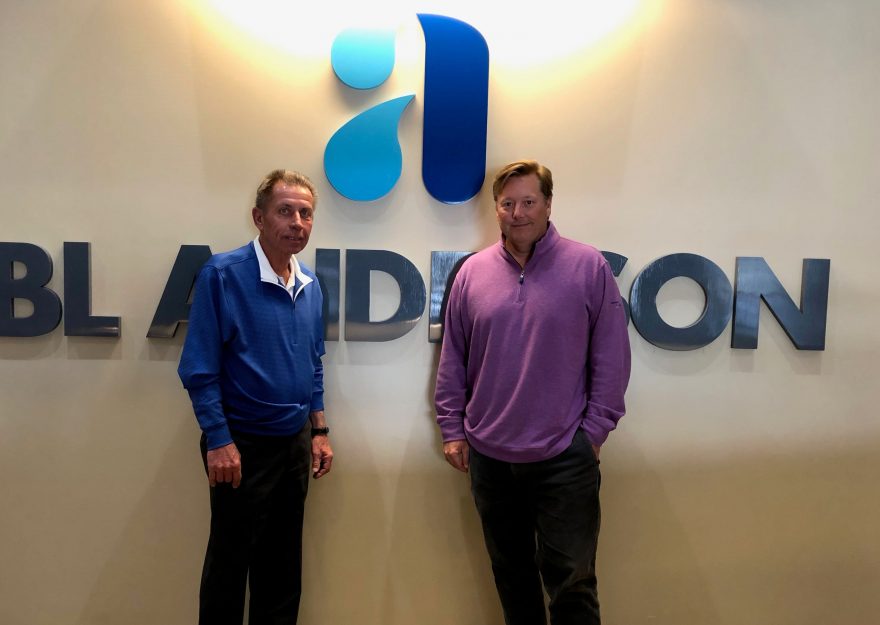 Kocerha, who joined B.L. Anderson in 1992 and bought it from Gasvoda in 2016, explains that the 70-plus manufacturers represented—ranging from electrical equipment supplier ABB to water measurement solutions provider YSI—aren’t the cheapest in the short term, but more than vindicate themselves over time.

“We’re the experts in the holistic view of these systems,” assures Kocerha, a fellow Purdue engineering grad, though from 1988. “When you look closely at total costs—energy expenditures, maintenance, availability of support, troubleshooting—these are the most reputable manufacturers.”

And those manufacturers are ably backed up by the company founded in 1961 by the late Byron L. Anderson, where almost half of today’s workforce of around 30 is dedicated to customer service and support from bidding to buildout to subsequent service. Many of the hired hands having been around for 15 or 20 years, there’s familiarity with the communities served.

The complexities of the projects notwithstanding, much of the process is rather basic, Gasvoda says. The work often starts with the company recommending equipment to a city and its design engineers.

“They may need a pumping station for X number of gallons of storm water per hour,” he says. “We’ll work with the supplier for pricing and they’ll build and drop it off at the job site where we’ll assist the contractor with hooking it up and be around for service and training.”

All the better that the municipal bosses have been conditioned to keep closer tabs on costs and deadlines. Puts them in good standing with a company that considers itself a partner of so many cities and towns in three states.

“When handed money from the federal government, cities just bought on the cheap,” he says. “Today we see our clients being educated and doing their homework. That favors a company like us.” 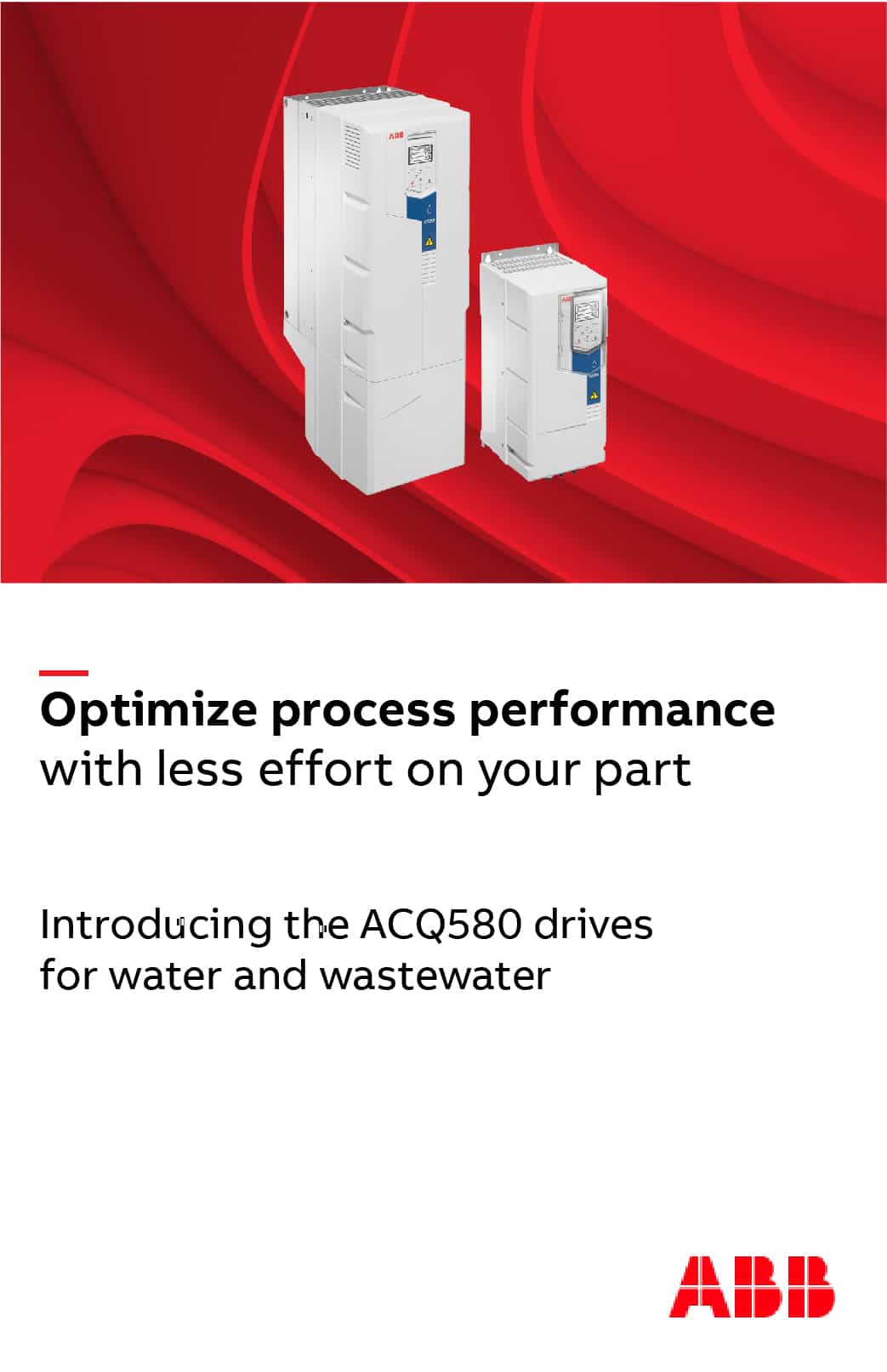