It’s a western Canadian province subject to booms and busts, Alberta teeming underfoot with fossil fuels whose demand can fluctuate. The demand having decreased through COVID-19 effect on the energy industry, there’s been a lot of Albertans in need of housing and unable to afford a mortgage.

“There’s such an undersupply of proper multifamily rental properties due to the fact that most developers were chasing the fast buck by building single-family homes, townhouses or condominiums,” explains Ash Mahmoud. “When the recession hit, the demand for rental housing grew. For us, that’s meant a lot of opportunity.”

A veteran builder from the Middle East, he founded Cairo Development Ltd. this past April in Calgary with an Edmonton satellite. Already he’s making his mark in construction management and general contractor services, filling the rental void bypassed by other companies. 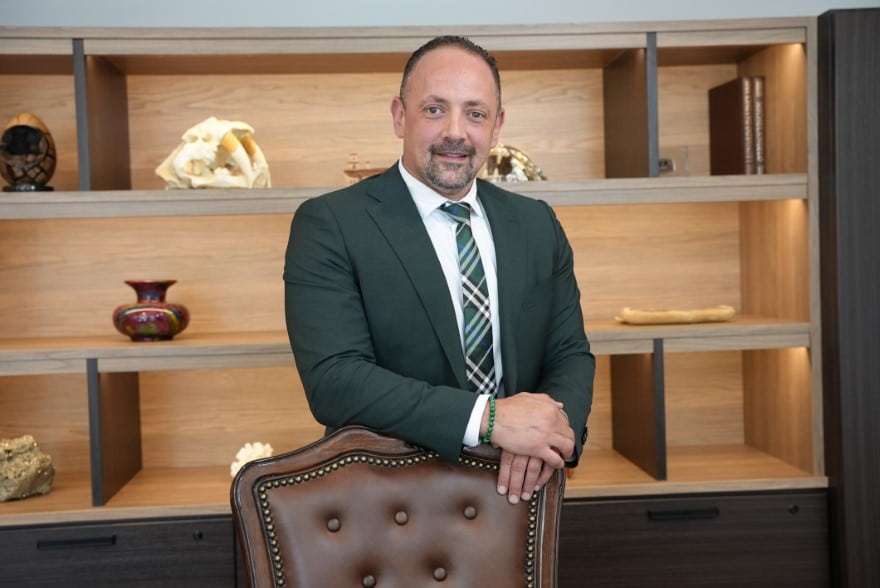 Having taken over a partially completed downtown building shortly after establishing Cairo Development, Mahmoud expects it to welcome its first tenants this fall. The Fifth, it’s called, a $14 million rectangular five-story building with 52 one- and two-bedroom units complete with balconies, and commercial uses on the lowest level.

The Fifth might come up slightly over budget due to the former builder’s situation, but Mahmoud still deems it a shrewd investment. The 5 Street location represents one of Calgary’s liveliest neighborhoods.

Not too far away, on the banks of the Bow River in Calgary’s Inglewood area, Mahmoud expects to break ground for a $26 million, 102-unit building with completion targeted for early 2023. Meanwhile, a three-hour drive northbound on Queen Elizabeth Highway II, the $36 million Chappelle is soon to open in Edmonton.

That’s two six-story residential buildings with 166 units and a separate 4,000-square-foot facility set aside for childcare with adjacent play area. As is the case with other Cairo Development projects, there’s bike storage, a dog wash and underground and surface parking.

In due time, Mahmoud envisions another satellite, this one in central British Columbia, where he has a project pending. The Pacific Northwest also is fertile ground for rental properties, he says, as so many people seek to live on all sides of pricy, congested Vancouver. There’s Victoria Island to the west, Abbotsford to the south, Kelowna to the east and Kamloops to the north, the green splendor of all those locales attracting newcomers worldwide.

And Mahmoud’s not planning on limiting his projects to Western Canada. Within the next decade he expects to tap the U.S. rental market, with Dallas-Fort Worth and Phoenix among the lands of opportunity.

So it was a sound move, Mahmoud departing the United Arab Emirates in 2014 to ply his skills in Canada, a place he had never been to but heard much that was favorable. 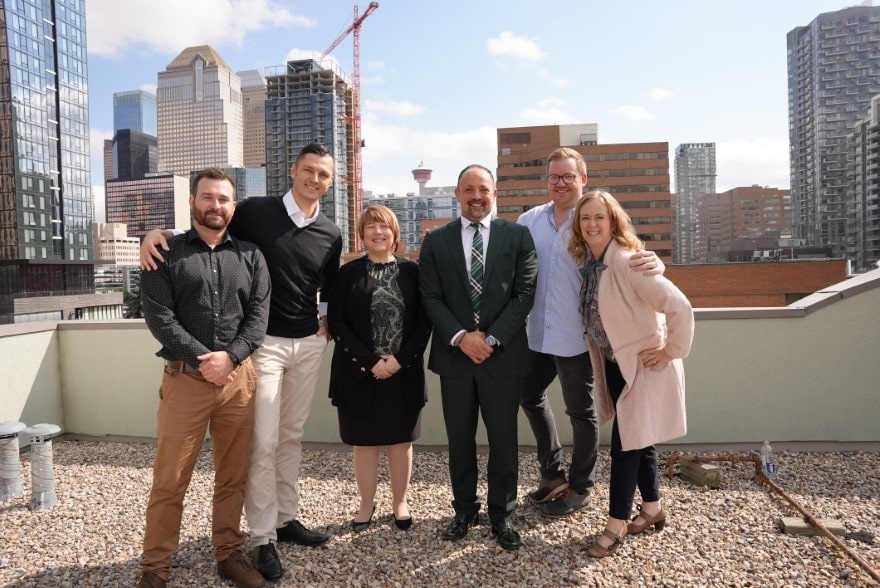 “There’s so much discrimination in the Middle East,” he tells Blueprint in August from Calgary. “I’ve never seen it here. This is a much more humane place to live. My wife and children enjoy this lifestyle.”

He does, too, as well as the business opportunities that stand to be optimized. Of course, construction’s a different game here than in his homeland, but Mahmoud reminds there always will be tradeoffs. Subfreezing temperatures in winter might put exterior projects on hold, but there’s rarely the searing heat that’s such an occupational hazard in Qatar and the United Arab Emirates.

It also can be a reverse economic model, Mahmoud explaining how in Canada, labor is his biggest expense while supplies are relatively affordable. In the Middle East, it’s the opposite.

“I could write a book on it,” Mahmoud says about doing business in both hemispheres. “To be successful, you really have to understand a region’s people and culture.”

And be able to adapt, which Mahmoud says took upward of 15 hours a day working and learning about Canadian construction when he came to Calgary seven years ago and started his new life managing projects for Northern Property REIT. In 2015 he became managing director of another Calgary company, the residential property developer Strategic Builders Inc., and then he founded his own company.

Some might have found this year, or last, risky times to launch a construction company, COVID-19 having disrupted so many supply chains and social distancing the new norm at sites. Cairo Development just dealing with the same issues as other builders, Mahmoud says his company finds ways to cope.

“Most of my investors understood what we’re going through,” he says. “Very few did not. We’ve done well because we’ve managed to get ahead of the game in getting materials and substituting when possible. Having a very strong network in this industry has helped.”

He advocates vaccinations across the board, and though the construction industry hasn’t completely shaken the pandemic’s effect, there’s at least more normalcy that Mahmoud says a builder can harness. 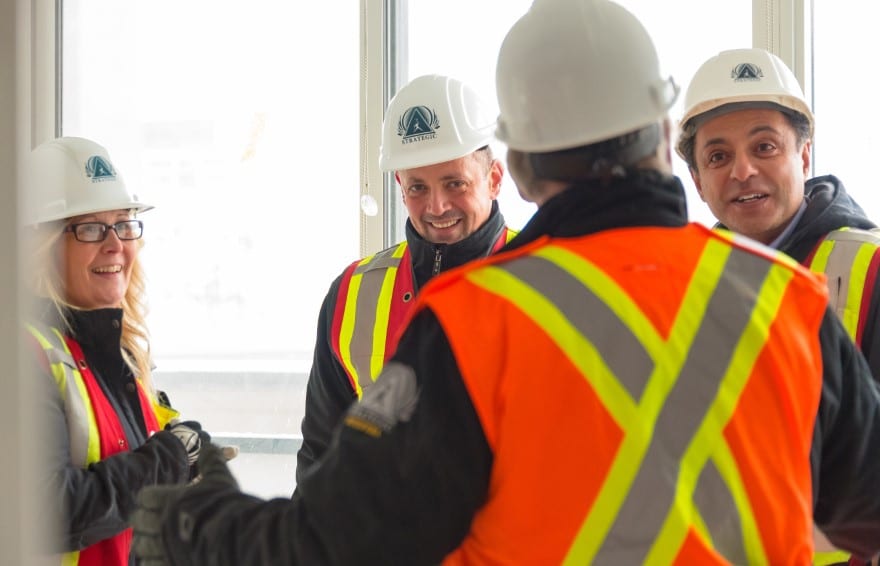 And he’s been a builder as long as he can remember, Mahmoud’s father having been an architect who migrated into construction and shared his wisdom with his son. Mahmoud earned a degree in construction engineering from the American University in Cairo in 1997 and enhanced his creds with graduate work in construction management at Heriot-Watt University in 2008 and urban land economics the University of British Columbia Sauder School of Business in 2019. That last course required a four-year commitment, it designed for those already immersed in real estate.

Overseas, Mahmoud honed his skills managing projects for four companies from 1999 to 2013. Had he stayed in the Middle East, he’d likely be doing well but not realizing his dream of being in charge.

Mahmoud expects to be managing over $500 million in projects within five years. Sure, that’s a formidable goal but he’s on track for around $200 million in just his first year. He’ll have his eyes open and financing ready should another worthy construction management company or general contractor be for sale.

“I’ve never failed in construction and don’t intend to do so now,” he says. 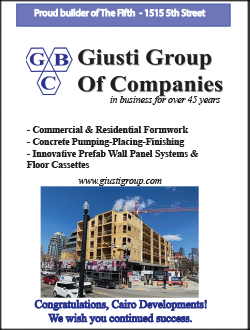