Researchers and staff have taught, studied and discovered inside the University of California San Francisco’s Clinical Sciences Building for nearly 90 years.

Since opening in 1933, the eight-story, 109,000-square-foot building has stood strong throughout many shakes, tremors and all-out earthquakes that have rocked the City by the Bay, including the devastating 1989 earthquake that caused billions in damage throughout the region. But because of recent updates to the state’s seismic safety rules, the building was no longer considered compliant. 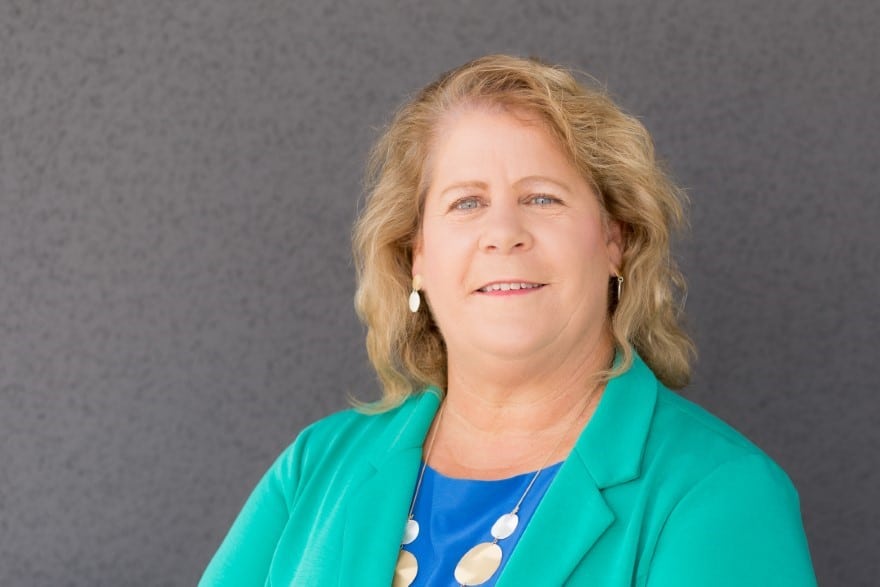 So when UCSF decided to give the building a sturdier future, they also decided to make it greener, too.

“They wanted a super energy-efficient building,” explains Angie Simon, CEO of Western Allied Mechanical. “There are many ways to do that, and WAM has always been a great design-build company that does things the right way. We make the most energy-efficient systems out there.”

That tradition of innovation is an enormous point of pride for Simon, one that drew her to the company more than 30 years ago. Now, as she eyes retirement at the end of 2020, she’s working to ensure that legacy continues.

Going with the flow

Scheduled to be completed in May 2020, the $4.3 million UCSF building isn’t the capstone to Simon’s career at WAM. The company is also helping build out 34 floors for a cloud storage facility in San Francisco, and recently finished replacing two air handling units at the Hebert Hoover Memorial Building at Stanford University (without closing the building). 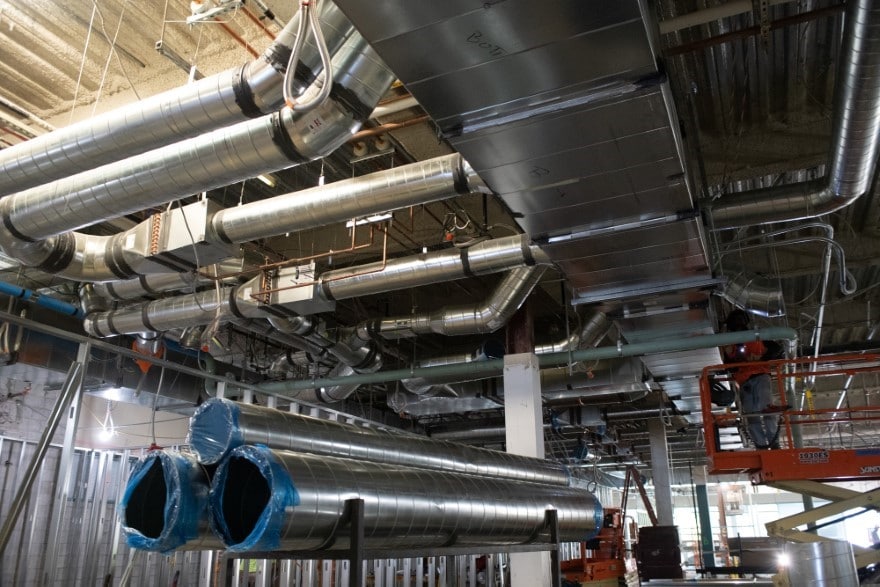 But the UCSF project is unique in its complexity, combining three handlers and two sets of duct work to channel the air flow.

A roof handler uses outdoor air to cool the building, without the need for air conditioning. On the third floor, a second handler heats the building with the campus historical steam system, while basement unit uses chilled water to cool just the multi-use spaces.

According to Simon, everything is linked by a phenolic double ductwork system that delivers air with variable flow Acutherm VAV Diffusers and prevents heating and cooling systems from running concurrently. It’s also airtight, and the lack of leaks is a key reason the building qualifies as LEED Gold for its efficiency.

“This historic building is in the heart of the city, it’s old and it’s cramped,” she adds. “So with limited space, we had to be innovative and creative with lightweight, easy-to-install ductwork.”

Simon’s interest in conservation and energy efficiency date to the energy shortages of the 1970s, and more recently, rolling electricity blackouts that have plagued Californians for years. And as she notes, the tech industry in California can be very energy intensive, particularly when it comes to cooling the servers and central processing units that drive the companies. 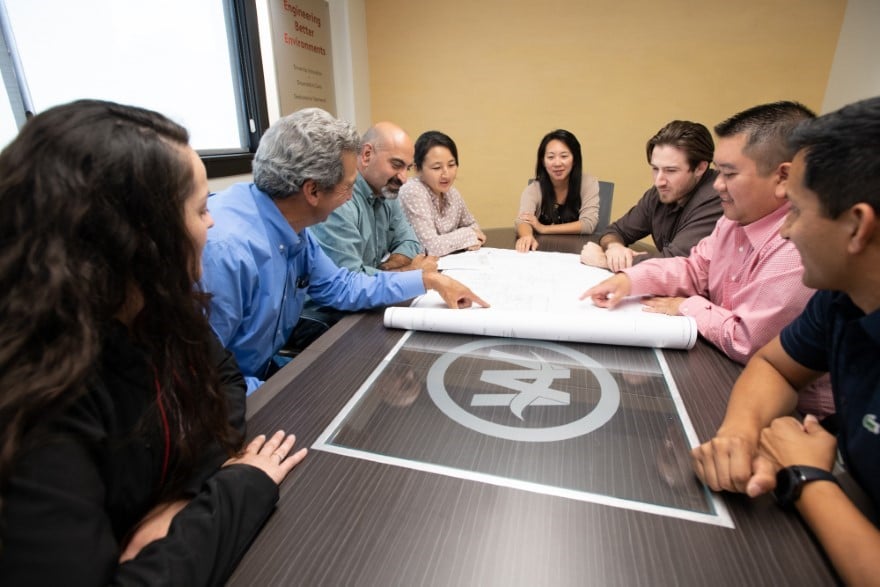 At The Exchange, a four-building complex built in 2017 in San Francisco’s South of Market area (better known as SoMa), Western Allied is completing its ductwork improvements in two of the buildings used for offices and a cloud storage facility.

This showcases exposed ductwork for that tech look. The project had the added difficulties of a tight work schedule, forcing technicians to only spend around two weeks per floor over a 14-month project. Two of the work phases occurred in occupied spaces as exposed HVAC systems were installed in high-end working areas.

“It’s currently the largest single project tenant improvement in San Francisco history,” Simon notes. “But what’s also important is our engineers didn’t draft it. They provided the parameters, but the detailers who modeled the course of the ducts after scanning the building to create a cloud point showing where beams and sprinkler heads were set.” 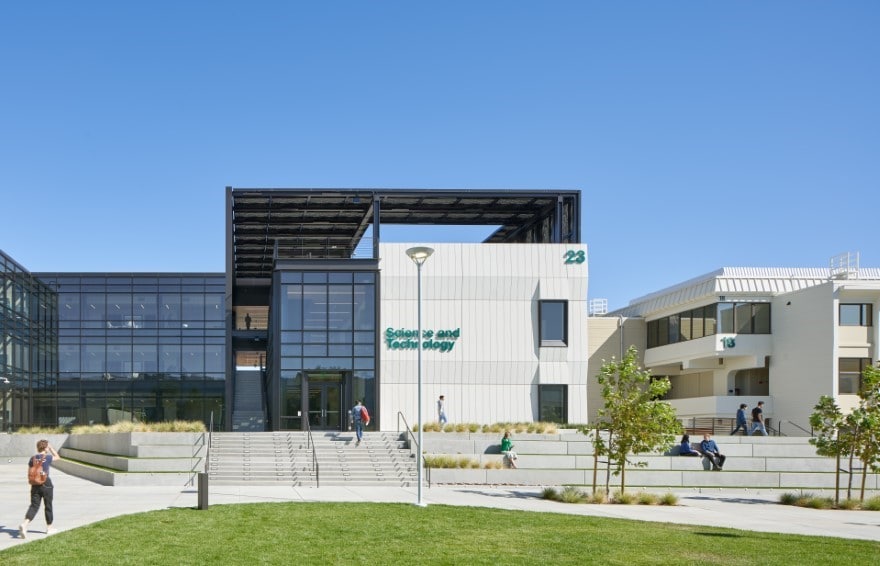 Looking ahead, Simon says that WAM is poised to capitalize on California’s green wave, as regulations for new commercial construction require net-zero buildings, which produce as much energy as they consume.

“In California, we’re really progressive and we’re on the cutting edge of everything,” she explains. “By 2030, all new commercial buildings have to be net-zero, but we’ve been designing green for more than 20 years.”

Leading for the future

Simon’s legacy goes well beyond positioning WAM as a leader in energy efficiency, however. In 2008, she broke ground by becoming the company’s first female president, as well as the first female on the national board for the Sheet Metal and Air Conditioning Contractors’ National Association, then in its 65th year of existence.

“I was a little floored by that [stat],” Simon says. “I had never really paid attention to my gender when on a worksite; but walking into that board meeting made me realize how different this was for them.” 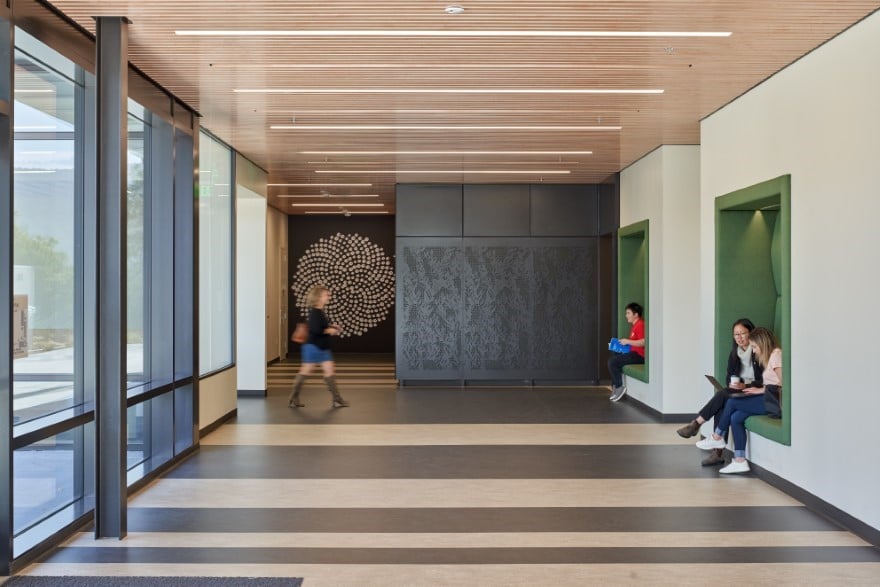 Simon has been a passionate advocate ever since joining the national board. In 2019, she was named the association’s first female president, and has kept busy in that role, particularly when it comes to promoting diversity and inclusion.

She established the organization’s women in leadership committee and has encouraged local SMACNA chapters to host roundtable discussions about creating more diversity. 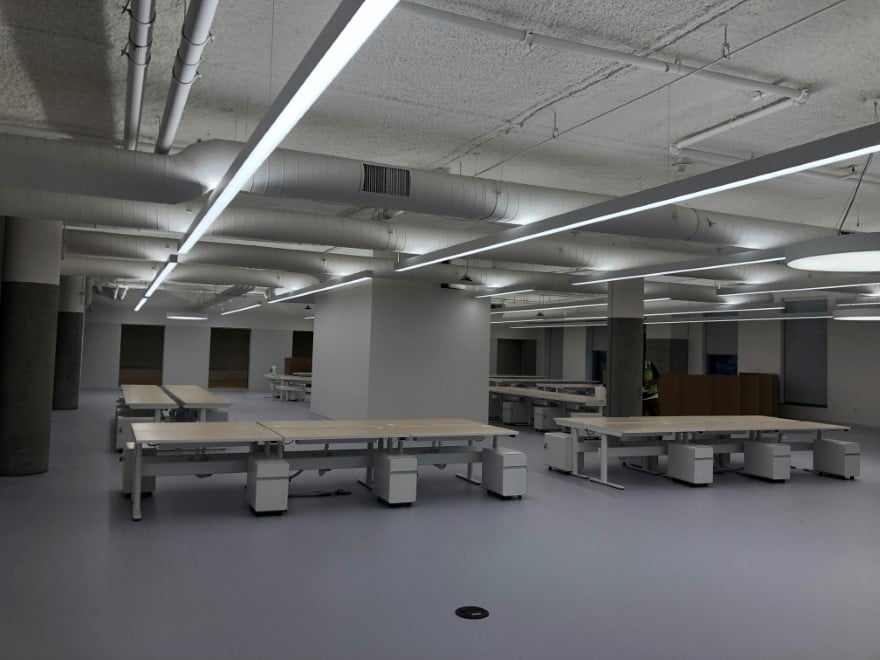 The most recent roundtable in the Bay Area drew more than 70 people, Simon says, an indication of a changing industry.

“Millennials are much more inclusive, and I see big changes coming in the complexion of this industry,” she says. “I already see big changes in foremen and how they respond to harassment.”

At WAM, around 40 percent of the employees are female. Simon wants to be sure younger people see diversity in leadership and know they can aspire to those roles as well.

That becomes especially important now, with reports showing around 42 percent of people working in construction are expected to retire in the next decade, making this trade one that will be posting a lot of “help wanted” signs, and soon.

A California native who always enjoyed math and science courses, Simon earned a bachelor’s in mechanical engineering from California Polytechnic State University-San Luis Obispo—in addition to being a standout third baseman on the school’s softball team. 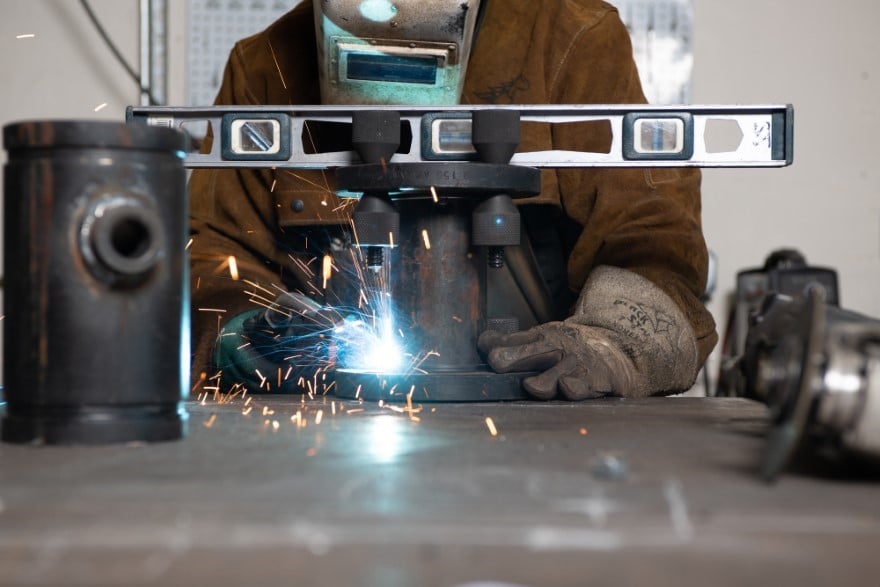 In fact, Simon still plays today, though with a smaller ball. Married with two grown sons, she and her husband, Michael, play in a local baseball league on weekends and have attended many fantasy camps run by the San Francisco Giants.

And while she’s ready to retire at the end of 2020 and play baseball more often, Simon will remain a mentor at Western Allied and on the SMACNA board.

“For me, I am thrilled to see how strong of a company we have become, and the strength of our people is what makes us so great” she says. “Our young group of future owners are amazing. They’re grasping change and making it their own.” 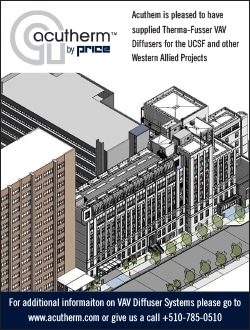 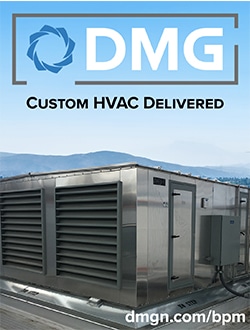 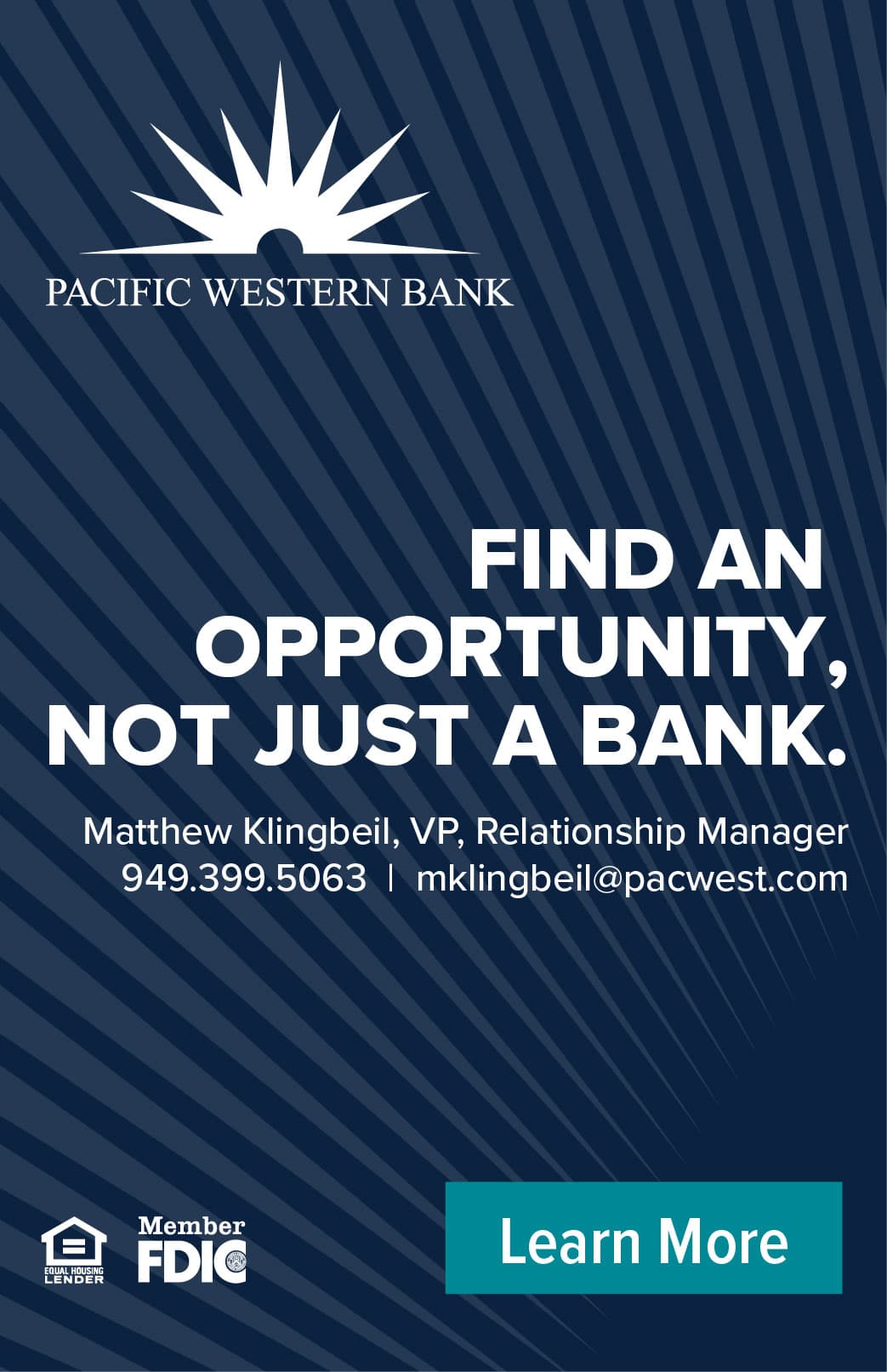 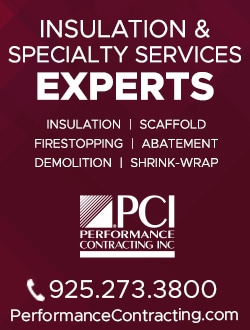 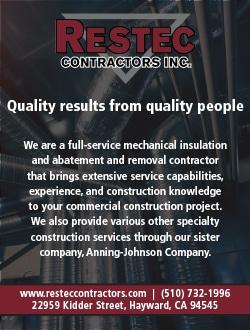 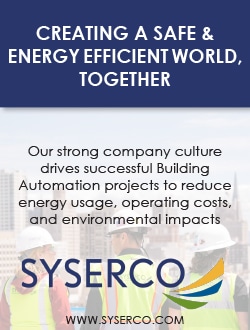