They call her “FIFI,” and she’s just two-of-a-kind: Manufactured in 1944, she is one of the last flightworthy Boeing B-29 Superfortresses in the world.

The giant flying museum—99 feet long with a 141-foot wing-span—has appeared in air shows all over North America, representing similar aircraft that flew in World War II and the Korean War, and which dropped the atomic bombs on Hiroshima and Nagasaki.

Today—when she’s not flying, at least—FIFI has found a permanent home at a new Commemorative Air Force education center and hangar at Dallas Executive Airport.

Expected to be completed in late 2020, the Henry B. Tippie National Aviation Education Center and the Victor N. Agather Hangar are landmark projects for McRight-Smith Construction.

Established in 1984 and based in Plano, Texas, family-owned McRight-Smith specializes in construction management, general contracting and design-build services throughout Texas and Oklahoma. While it has long focused on the aviation industry—designing and building hangars, airport infrastructure including Fixed Base Operations (FBOs), taxiways, ramps, terminals, flight schools and executive spaces—the company has recently broadened into projects for the medical industry and education.

“We love aviation,” says Smith, noting that the company’s dedication comes from his father—a pilot and a former captain in the Air Force Reserves. “But we thought it was important to have multiple industries that we specialize in.”

As he explains, aviation is a cyclical industry typified by one-off, capital-intensive builds or rebuilds. To facilitate future growth, McRight-Smith decided to expand into other, more stable markets.

It’s a decision that appears to have paid off: Over the last seven years, the company has experienced 100 percent year-over-year growth, aided by crazy growth in the Dallas Fort Worth area. Smith explains this good fortune as “a little being in right place at the right time—a lot having to do with hard work.”

The company’s foray into the medical industry began with the Medical Offices at Ridge Road in McKinney, Texas. Comprising 22,000 square feet and expected to be completed in October 2019, the buildings will house the offices of a podiatrist, a pediatrician and a dermatologist.

As a result, one of the logistical challenges was ensuring ample parking and both northbound and southbound property access for patients moving through at a high traffic rate, Smith explains. Additionally, the medical office is located in the Stonebridge Ranch master planned community, requiring specific aesthetics, down to the façade and the material used in masonry.

Following that project, McRight-Smith will break ground on a combined ear, nose and throat (ENT) and pediatrician’s office in November, while a second ENT office, a dental practice, an orthodontic practice and additional corporate medical offices are also in the works.

Meanwhile, broadening into other sectors, the company is a preferred builder for Children’s Lighthouse learning centers, and has several other early education centers, general office spaces and retail locations in process.

One unique space completed two years ago is Carvana Austin, an 11,500-square-foot glass octagon lit a dazzling blue at night and showcasing five levels of cars—think of it as a car vending machine of sorts.

Remaining true to its core

Then there’s the Commemorative Air Force education center and hangar. Home to FIFI, the B-29, the project broke ground in October and is expected to be completed by the end of 2020 or early 2021.

The 51,000-square-foot space will house about a half-dozen warbirds, while also incorporating classrooms for educational programs about the historic aircraft, WWII and the general history of aviation.

When asked about the challenges, Smith replies, “almost everything.”

Because the Commemorative Air Force is a nonprofit, there have been some stops and starts to allow for fundraising. The project also had to meet the requirements of an incentive package from the city of Dallas.

Still, one of the most significant hurdles involved FIFI herself. The company is working with the city of Dallas to allow for appropriate life safety and fire control systems, while attempting to navigate regulations requiring foam fire suppression systems in modern airport hangars. When triggered, these release a blanket of foam that protects flammable fuel from combusting.

But according to Smith, that could “destroy the avionics in this flying museum” and permanently ground FIFI. “This must be avoided at all costs.”

Smith joined his family’s company in 2011 and says that its greatest strength is in asking two simple questions: What does the client need? And how can McRight-Smith fulfill those needs? To meet these needs, the company focuses on three main factors, he says: attention to detail, a sense of urgency, and an “unwavering commitment” to deliver projects on time.

“It’s not enough for us to just finish a project,” Smith says. “The goal is to build long-term relationships,” with additional services including planning and the logistics of temporary displacement. And while every project presents challenges, he calls it satisfying to work through those and see a final project materialize.

“Seeing something that can really frustrate you on a Monday and having an elegant solution by Friday,” Smith says of the rewards. “It’s exciting to come up with innovative solutions and practical answers.” 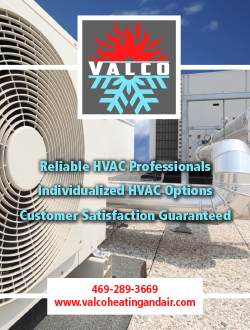