Open wide! Dental treatment’s coming to a location near you

When Andrea Grice joined Community Dental Partners in 2017, she was unsure about her new position—it was with a smaller company and in a different working environment altogether. But within a month she knew she’d made the right decision, relishing the freedom as the executive director of facilities to develop her department. 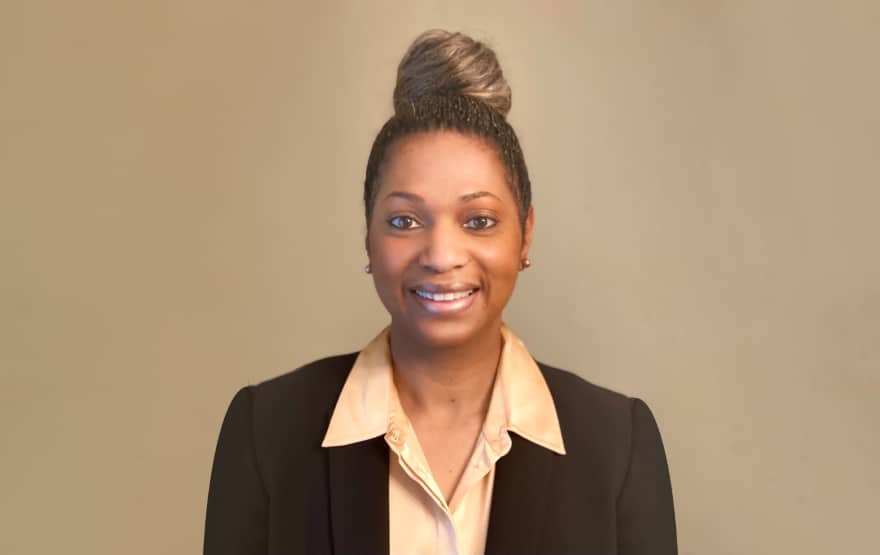 Now business is booming at the 8-year-old dental support organization based in Denton, Texas. In three years, it’s grown from 19 to 32 practices with no signs of slowing down.

After recently completing a new practice in Corpus Christi, Grice is overseeing six more locations under construction, in addition to two remodels scheduled for 2021. She says it’s heartwarming to serve the underserved, supporting dental practices that served 175,000 low- to middle-income patients in 2020.

“The culture of this company is what sets it apart,” says Grice. “It keeps me going. I look forward to going to work every day.”

Coming from a larger firm where she managed 63 sites as a senior facilities manager, Grice was accustomed to an organization steeped in process. That wasn’t the case at CDP, so she set to work to installing new documentation protocols and software for submitting work request tickets.

“I was given so much leeway when I arrived,” she remembers. “If I asked if they had something in place, they said ‘no’ and told me to ‘make it my own’ and to ‘build my own department.’ So I did.”

In three years her department grew from two to nine employees. The Corpus Christi practice was finished in November 2020, while six more are scheduled to be built in El Paso, San Juan, the Dallas area and Houston. 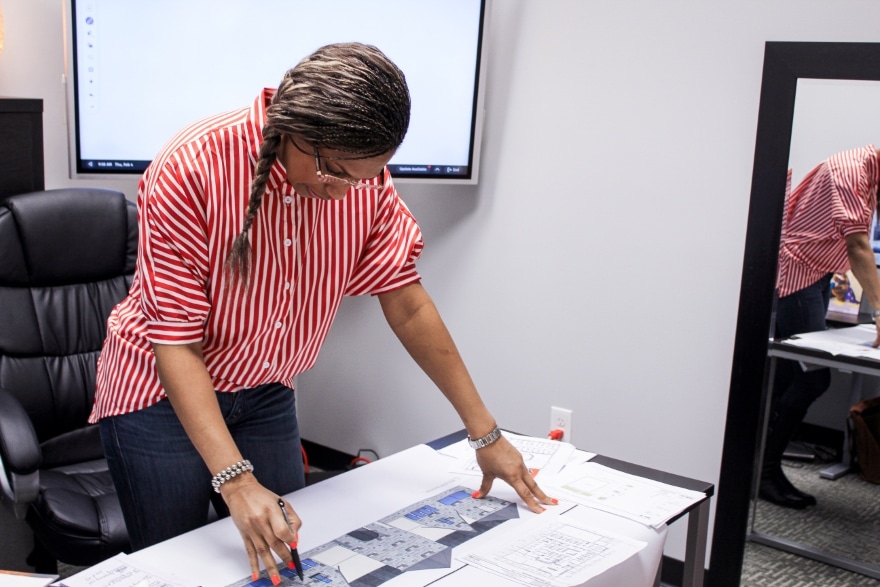 The supported practices are all new construction, with new dental equipment, furniture, custom wallpaper and custom children’s areas with 3D murals. They range from 3,500 square feet to 7,000 square feet while the new company headquarters in Denton is 25,000 square feet.

“Each design varies by location and dental brand, but we have a certain flow we like to keep in the practices and we incorporate one of three artistic themes with the help of the clinical team,” she says. “It’s a formula that works.”

In addition to helping establish these new sites, Grice will oversee the relocations of CDP’s flagship location in Denton as well as one in Huntsville. Both will enjoy increased square footage and new dental equipment, Grice says.

In addition, Grice is also devising a natural disaster facilities action plan for each supported location. The work will evaluate types of severe weather events and what needs to happen when the power goes out.

“It’s important for us to have a plan that we can communicate to everyone—from the supported clinicians to their patients—to be prepared,” she says.

CDP supports multiple dental brands, and its Smile Magic Family Dental practices have introduced “Charlie the Chipmunk.” His travels with good friends including a panda, a monkey and a rabbit come to life across the walls at each practice. 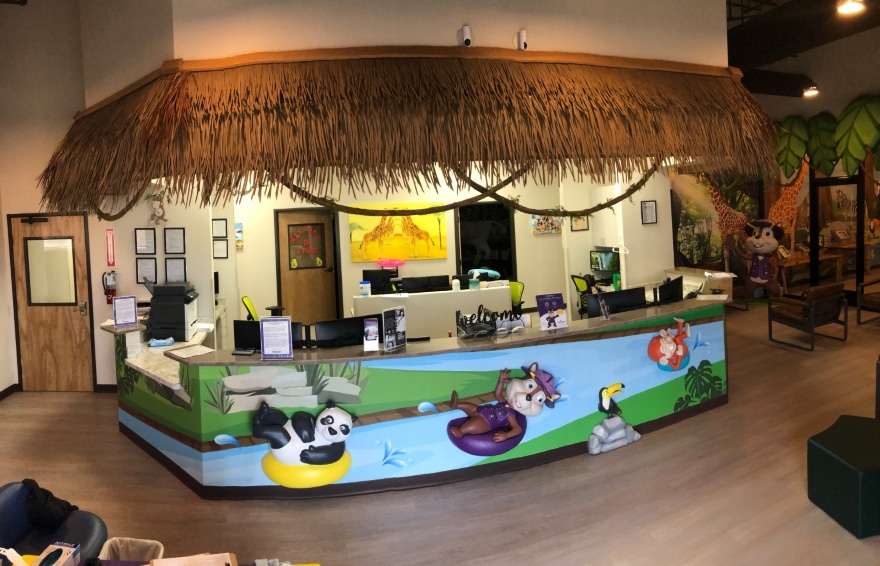 As Grice explains, Charlie’s adventures play out across three design settings—the beach, the jungle or a castle. Charlie inspires children to be brave whether they’re getting X-rays or a tooth pulled. Employees at each location add to the storyline, telling patients to trust in Charlie as they are awarded gold coins at every step of their visit. At the visit’s end, the patients are crowned for their bravery and able to redeem their coins for fun prizes at their toy towers.

As part of the Disney-like experience, Grice’s team sets up a kids’ area for the children in each lobby, complete with iPad stations, an indoor jungle gym and even a movie theater.

“I am grateful that CDP and its supported practices have a shared commitment to deliver a unique dental experience to those who often receive ‘less than’ service, making it a point to serve in underserved communities,” she says. “It makes all the difference knowing we are helping others through our supported practices.”

The founders’ ideology matches to her own. Grice learned empathy at home in Louisiana where she was raised by her grandparents and mother.

“I can identify with their goals,” says Grice. “I was prepared to do this type of work as I was raised with structure and kindness. I’ve always been a planner who was taught to have everything in order.” 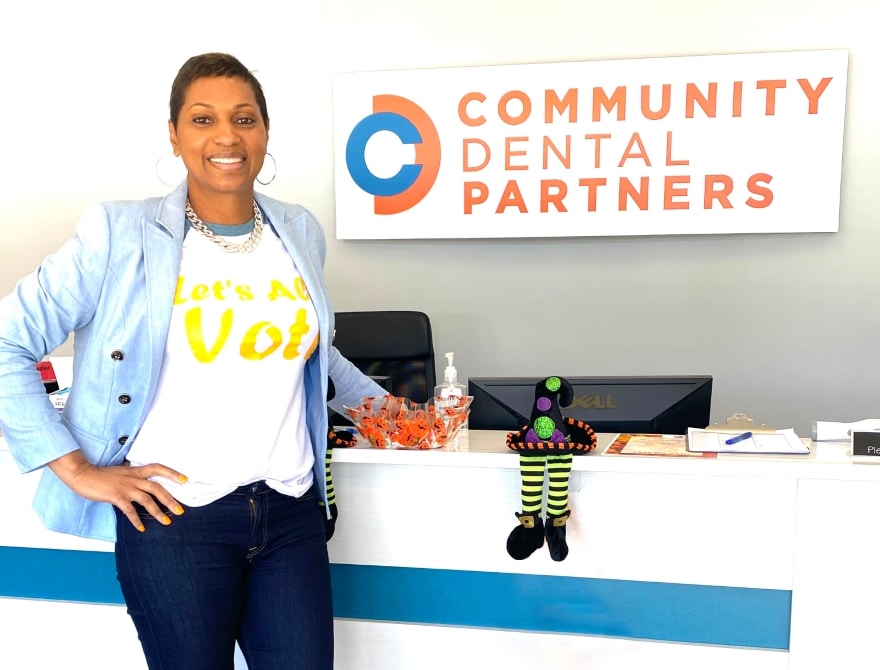 Earning her computer science degree at Grambling State University in 1994, for more than 22 years, she gained experience working as a network engineer, project manager and technical lead at AT&T, Lucent Technologies, Alcatel-Lucent and Goodman Networks. She started by doing summer internships and then becoming a full-time employee in 1995 in Chicago.

In 1999, while with Alcatel Lucent, she moved to Texas. In 2009 she joined Goodman Networks as a technical business manager, business analyst and senior facilities manager for eight years. Grice shifted her focus from engineering to facilities to cut down on travel while raising her three children. She came to CDP in 2017.

“Throughout it all I learned it’s important to be accountable, responsible, organized and maintain your integrity as a team player,” Grice says. “When the road gets tough, it’s easier to deal with obstacles when you are not panicked. Being organized allows you to stay calm in the midst of what’s going on to solve problems.” 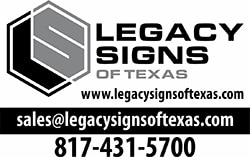