Back in the saddle again

The dust has long settled, and the horses and livestock have returned to the ranches of Western Canada and elsewhere. What, for 10 roarin’ and rompin’ July days, had been the Province of Alberta’s third-largest city—actually, a city within the city of Calgary—has been mostly vacated.

But a year passes quickly for those entrusted with the annual Calgary Stampede, and Allison Wright and Kerri Souriol haven’t had much idle time in their respective roles. Quite the partners they make on the facilities and development fronts for one of Canada’s signature institutions. 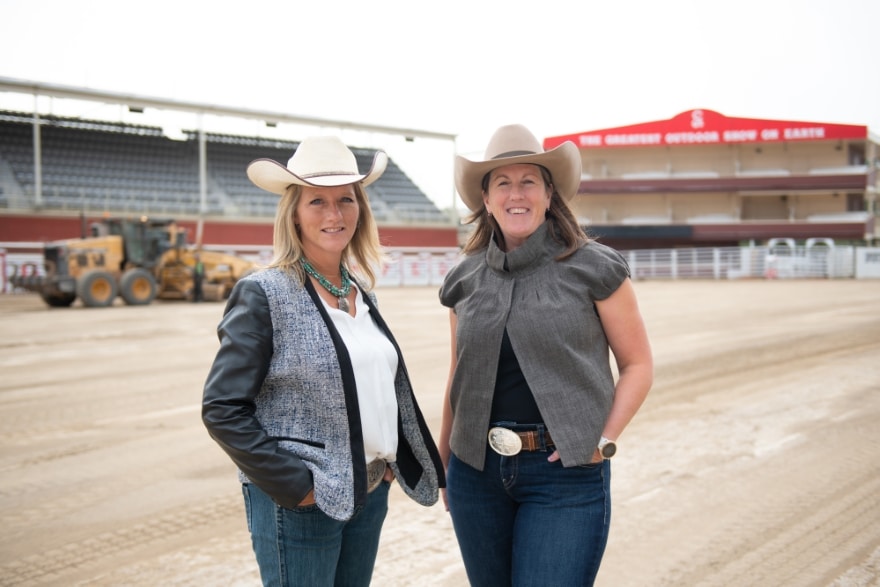 Wright’s been part of the show since 1995, then a local who rode horses, volunteered for a humble job and earned the title of Calgary Stampede Queen for the next year. Since then, she’s earned a degree, held multiple positions with the Calgary Stampede and ascended to director of park and facility services in 2020.

Souriol hails from Edmonton, practiced her architectural skills in private practice and then became a project manager for the City of Calgary. That prepped her to become director of park development for Calgary Stampede in November 2018.

“Kind of unique,” Wright tells Blueprint via Microsoft Zoom while Souriol nods accordingly. “Two women working so closely in facilities maintenance and design construction. Our Calgary Stampede is more diverse than many people might think.”

Boots on the ground

According to Wright, they commenced with 2023’s planning even before last summer’s broncos started bucking. Come next July, attendees will find an evolving Stampede Park, the 200 acres where what’s billed as the Greatest Outdoor Show on Earth takes place.

For the Calgary Stampede isn’t just about 10 days of rodeo and related festivities, Wright emphasizes. Aside from the 17,000-seat GMC Stadium, Stampede Park includes around 40 buildings whose well-being she and Souriol oversee. For all practical purposes this is a city, albeit without the 1 million-plus visitors it attracts for 10 days in July. 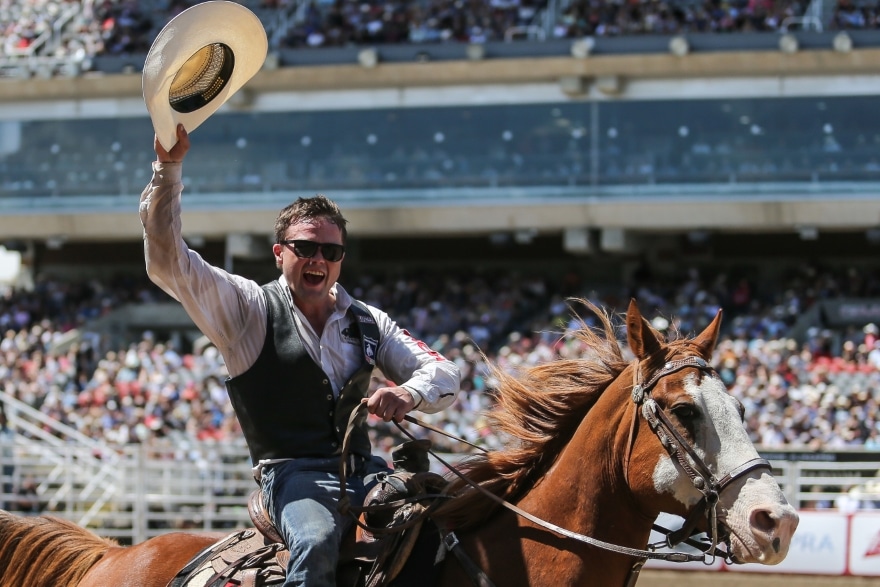 The most prominent of those buildings is the BMO Centre, which is Calgary’s largest convention facility and destined to become much larger. Its $500 million cost is equally shared by the city, province and federal government. By mid-2024 Souriol, who’s contributed to its spiffy and contemporary representation of Western values, expects the 500,000-square-foot BMO to have more than doubled in size, with amenities including additional trade space as well as ballrooms and convention areas.

“Part of the idea is to diversify BMO’s use,” she says. “We’ve hosted global energy conventions but want to attract other industries: life sciences, food and beverage, technology.”

She’s also overseeing development of the SAM Centre, which will be a year-round immersive experience that offers an intimate look at the rich history of the Stampede and its role in the community.

Life as it should be

And it’s so invigorating to be back in the saddle, Wright and Souriol say. Last July marked the first real Calgary Stampede since 2019, attracting 1.2 million people, just a couple hundred thousand shy of the all-time attendance record set in the centennial year of 2012.

That took a year’s planning, Wright explaining how 1.2 million people are almost the population of Alberta’s primary cities of Calgary or Edmonton, and all of them coming and going on just 200 acres. She the go-to for set up, Wright arranged for electricity, water, and sewer for food outlets, attractions and temporary guest amenities, access and egress routes, a police detachment and for four major concert venues. 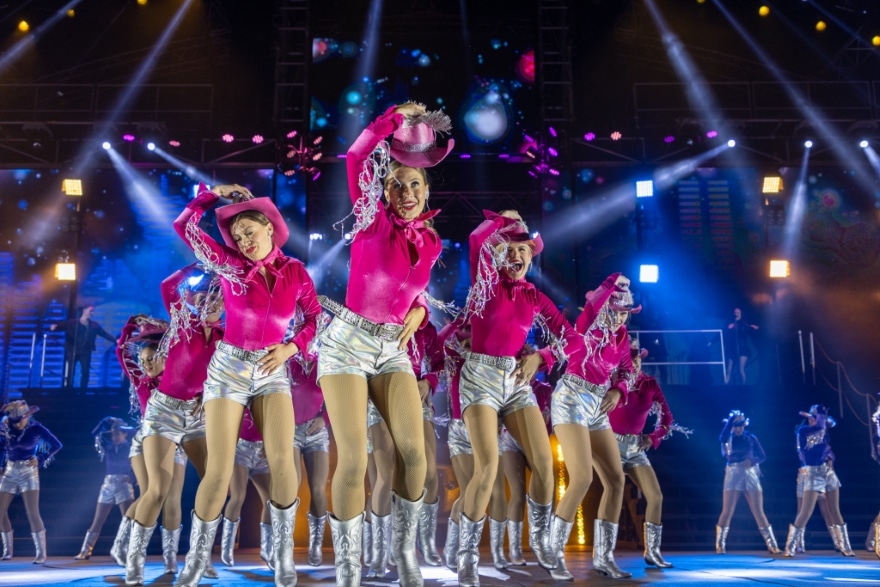 “We build it up for 10 days and then put it away,” she says, likening it to the Winter Olympics, which Calgary also has hosted.

But for the Stampede, there’s no four-year wait. There’s also momentum to sustain, with Chief Executive Officer Joel Cowley extolling how the corner’s been turned after $35 million in losses from 2020’s COVID-caused cancellation and 2021’s scaled-down event.

Midsummer allowed for something of breather, but Wright and Souriol say Stampede Park never really goes into hibernation. The calendar’s booked solid much of the year with concerts, truck pulls, agricultural and livestock events, conventions, holiday events and what-not. Around April, Wright’s attention turns to the stadium grounds, where much science goes into grading and preparation of the dirt to support the intense animal activity it’ll take three months later.

Tending to these 200 acres would seem an honor for born-and-bred Albertans, which Wright and Souriol can rightfully claim to be.

Wright, maybe a little more so, she having grown up in nearby Springbank, bonding with a horse at the age of 5, and a Stetson part of her wardrobe. In a quarter-century plus with Calgary Stampede, she’s learned the business from the ground up, logging many years in agricultural roles before transitioning to business and then to Parks and Facility Services. While she has a finance degree from the University of Calgary and a mini-MBA from McGill Executive Institute, much of her learning has been on the job. 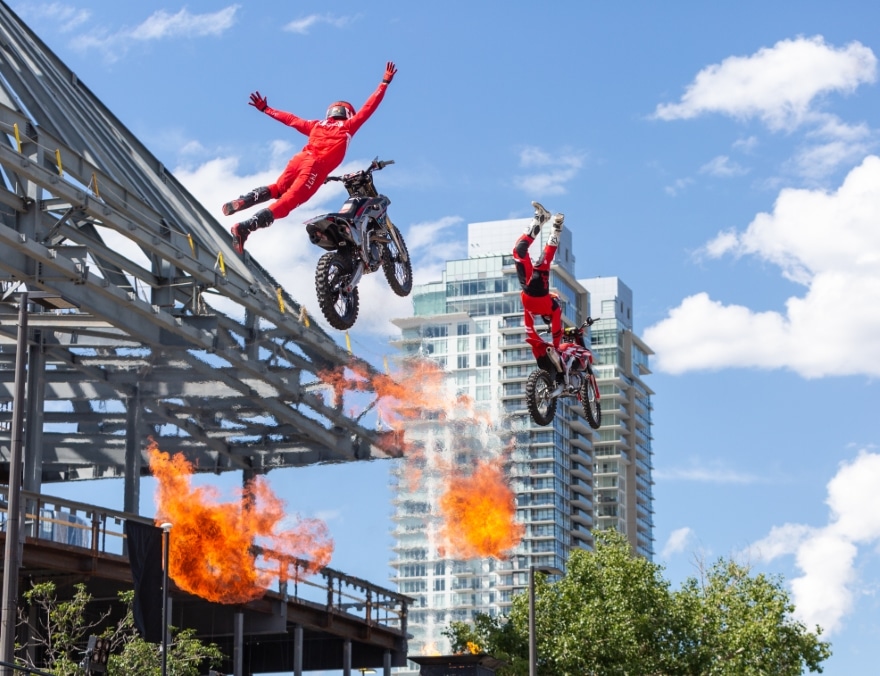 “To be a world class, year-round, gathering place for the community, that is our vision,” Wright says. “And so, when we invest in programs, we invest in facilities, we invest in development. It is with a lens to be first rate at bringing people together in a multitude of different ways. That is our overall vision of the organization.”

Souriol shares that passion, though she took a different route, earning an architecture degree from the University of Manitoba and a master’s from the University of Calgary. She honed her skills with a couple private firms before becoming a project manager for Calgary in 2016 and joining the Stampede two years later.

At the time she was familiar with the mini-doughnuts and carnival rides. How her view widened—and fast.

“I saw the master plan and its development potential,” says Souriol, who now sports a Stetson on her LinkedIn profile. “Here was a chance to participate in such a city-changing development.” 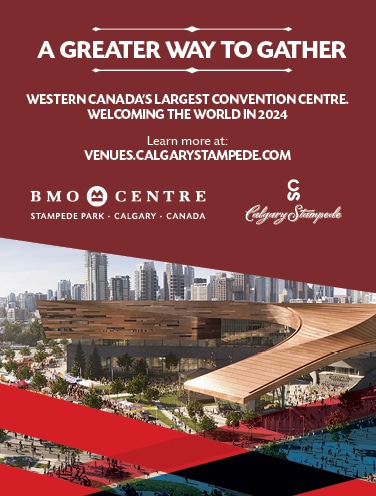 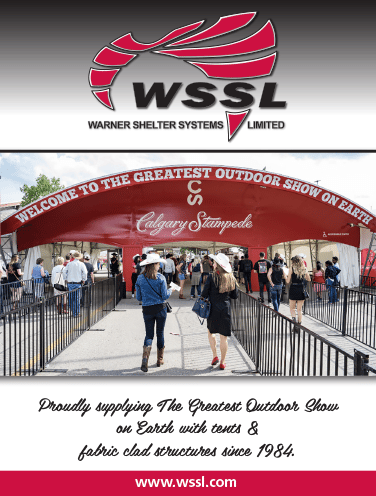